[30th World Peace Tour] For the Freedom of Religion and Peace: 7 Religions Hold a Combined Event 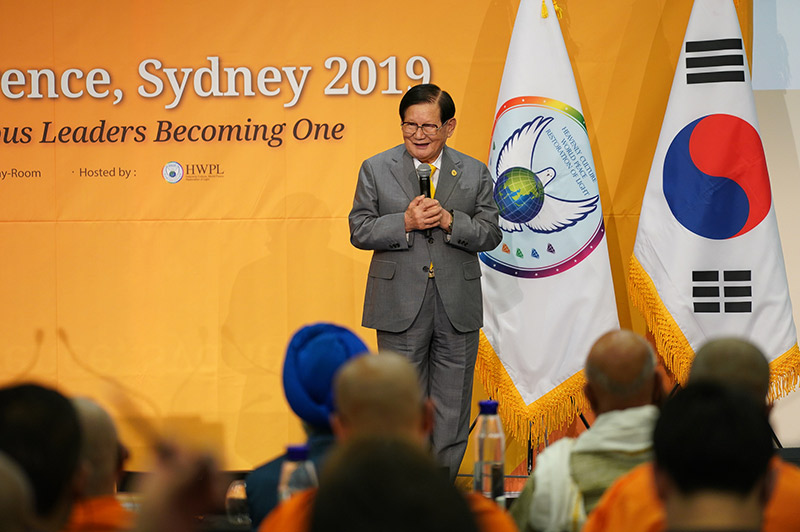 Regarding the role of religious leaders in establishing a world of peace, Chairman Man Hee Lee of HWPL said, "I came to Australia to tell that the 10 articles and 38 clauses of the Declaration of Peace and Cessation of War (DPCW) are necessary to make a world of peace and leave a legacy of peace for future generations. This is more important than anything else, and we have to all become peace messengers."

Nelson Pervaz, a pastor at the Royal Melbourne Institute of Technology, read a letter that will be sent to the United Nations Human Rights Council, "I am a Pastor working in Australia and Pakistan. Pakistan is a dominantly Muslim country where religious tension and discrimination exists. I understand how we must all work to bring about true harmony between people of different faiths and cultures. The acts of the Christian Council of Korea (CCK) in relation to Ms. Gu Ji-In who was killed in the aftermath of coercive conversion in Korea should never be ignored and what they do should be stopped." 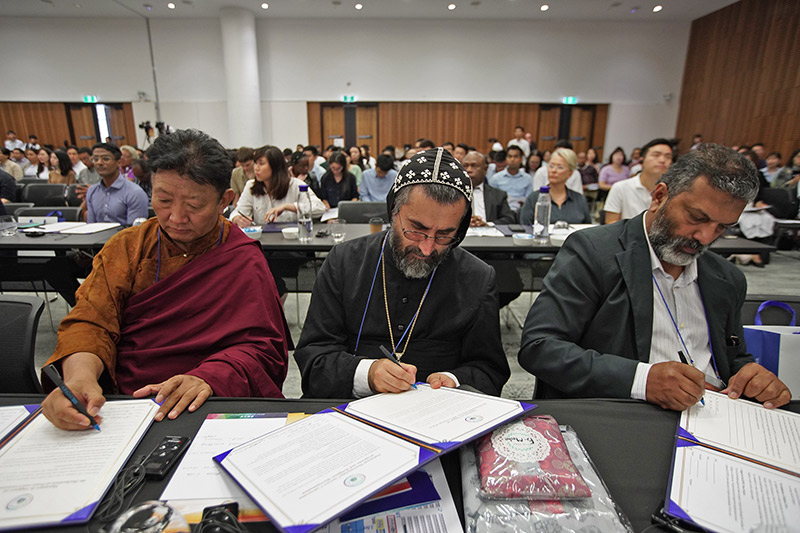 Participants in the event urged for the dissolution of religious organizations who engage in unethical politics and persecute other religions or denominations by forcefully converting individuals. They signed the Statement Denouncing Coercive Conversion Programs and Religious Discrimination and proclaimed their support for the Declaration of Peace and Cessation of War (DPCW).

On February 22nd, the “Peace Message for the Implementation of Peaceful Religions” was held at Cambodiana Hotel Grand Ballroom and was hosted by the Supreme Patriarch's Cabinet of Cambodia and HWPL.

This conference was held to discuss the role of religion in overcoming religious conflicts and protecting each individual’s chosen religion or faith. Around 450 participants, including religious leaders from Buddhism, Islam and Christianity in Cambodia, South Korea, Vietnam, India and Singapore, joined the event.

Regarding human rights concerns, the main speakers at the conference explained that public attention is needed for the matter of religious oppression to be made as a critical issue in order to achieve religious harmony. Speakers voiced that there shouldn’t be any violations of human rights against those who have different religions. 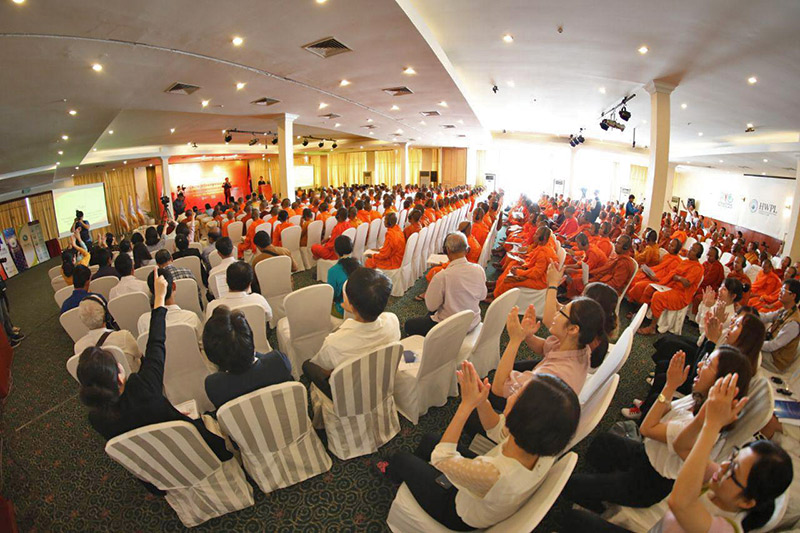 “Chairman Man Hee Lee of HWPL has worked with all the leaders in various sectors around the world and he has made peace possible in this age so that peace can be left as a legacy in the future. I also hope to end war and conflict through cooperation with HWPL and I hope that future generations will live peacefully,” said H.H. Samdech Preah Agga Mahā Sangharājādhipat Tep Vong in his congratulatory speech.

Religious Leaders in the Philippines Discuss Peace Building through the Scriptures

On February 16th, an inter-religious dialogue meeting was held with the theme “Finding the most Trustworthy Scripture and the Truth” in Estancia Resort Hotel, Tagaytay City, the Philippines with around 170 participants.

Religious leaders from various denominations reaching an agreement on the importance of finding the most trustworthy scripture through comparative studies of religious scriptures for peace and the truth in order to achieve religious reconciliation through interfaith dialogue was discussed at this event. 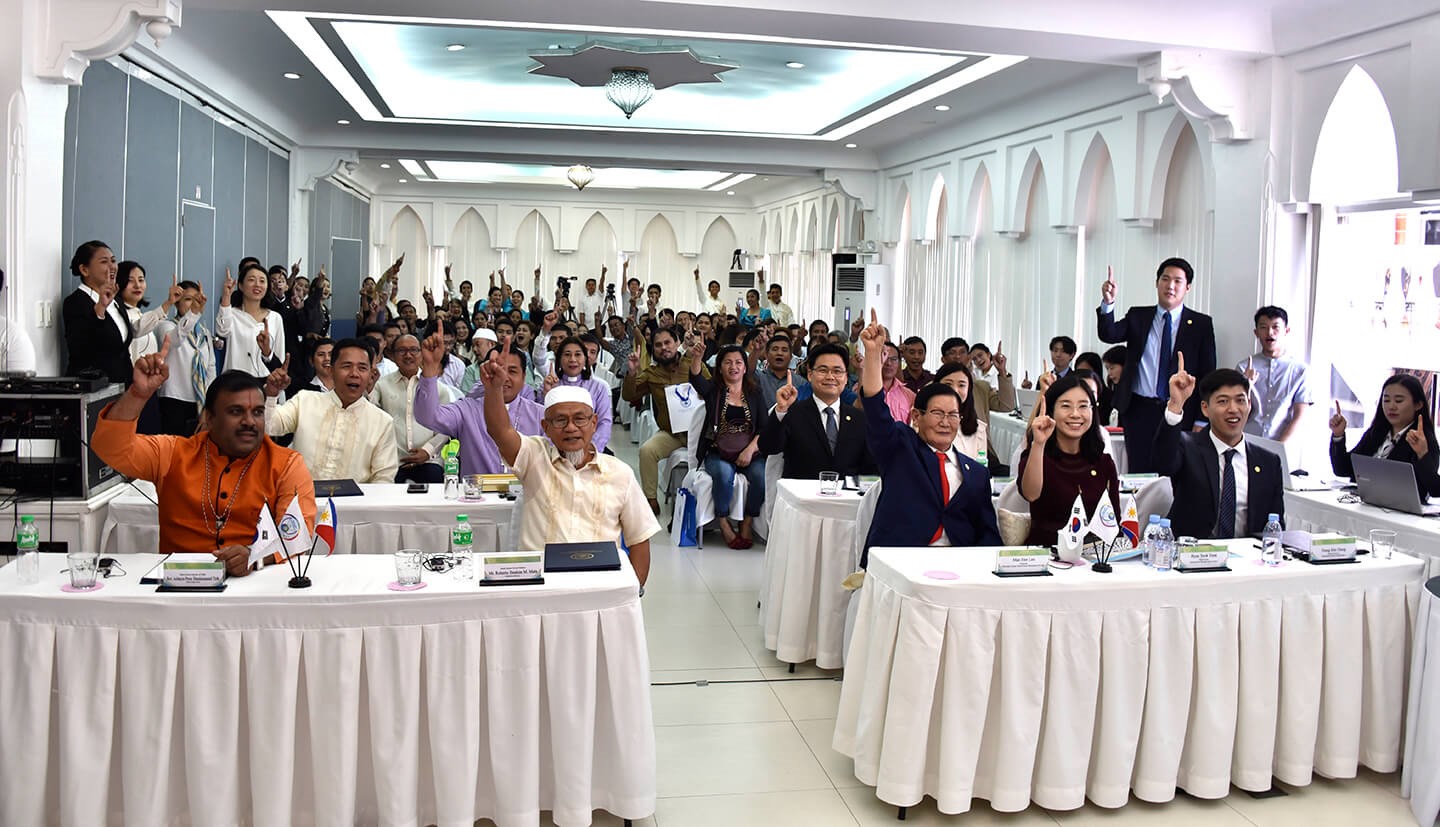 The meeting ended by delivering a commemorative plaque that holds the pledge of the religious leaders for the accomplishment of completing the search for the most trustworthy scripture in this very year, 2019. The Plaque was delivered to Chairman Man Hee Lee, the founder of the Peace Initiative: World Alliance of Religions’ Peace [WARP] Offices.