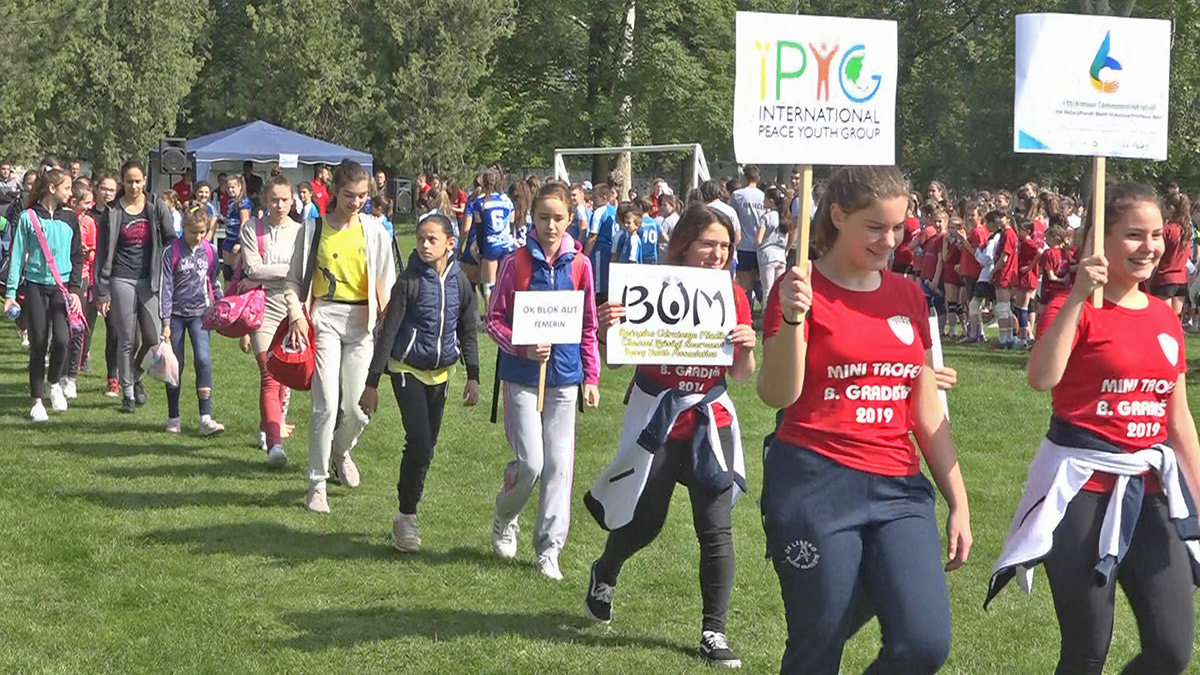 To commemorate the 6th Anniversary of the Declaration of Peace, a Peace Letter campaign along with a Peace Walk festival was held for 4 days from May 16th to 20th at Bačko Gradište and Liberty Square of Bečej in the South Bačka District of Serbia.

Over 700 youth and students from all around Serbia gathered under the direction of Aleksandar Đekić, president of Bečejsko Udruženje Mladih, for the Peace Walk festival to impress the importance of peace upon their head of state and urge him to support the DPCW.

Aleksandar Đekić, president of Bečejsko Udruženje Mladih, who planned the event, suffered through two wars in his childhood and currently resides in Serbia. He stated that, “when I was a child, I was in two wars growing up. One in Croatia and one in Bosnia. Because of this, I accept to participate in the work of peace.”

He explained that his organization began to work with the IPYG by saying, “Before IPYG, our organization never knew that a project like this existed, and we never heard about the DPCW, even though we do projects regarding human rights. This motivated us to research more about this topic, and encouraged us to participate, and try to make new changes in our society. IPYG helped us a lot during the planning process, especially with education about the 10 articles and DPCW. We managed to organize a major event in our city that gathered the attention of Bečejs citizens and inspired them to think about this topic more. We hope that the head of our country will notice us and our message we presented through our peace walks.”

Gordana Adamov, BUM Public Relations, emphasized the importance of the Peace Letter campaign and stated, “we think this project made a difference in our small community. First of all it made us learn more and made us aware that documents like the DPCW exist and that international law is improving. Furthermore, it made us all think about how we can help spread the word about this in our society. We had a great discussion about Articles in DPCW and think some parts of it are very optimistic when we consider the politics of our president. Now, we realize that even though it seems impossible to get a response from the Serbian president, the best way to be sure of that is to try and to write letters.”.

Violeta Medić, Becejs high school sociology Professor, said “as our people say - the world relies on the young. That is why it is very important that they participate in such events,” when asked about her thoughts regarding the event.

During the event, a moment of silence was observed for all those who sacrificed their lives in war, and students were able to read out loud their Peace Letters to reaffirm their desperate hearts for peace.