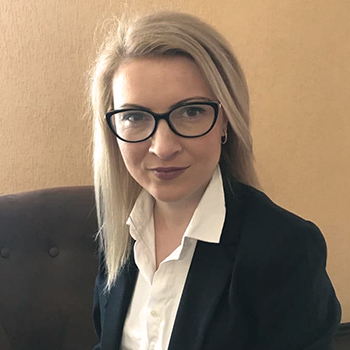 Please introduce RotaKids that you cofounded and represent.
RotaKids is a children’s leadership club, based on the concept and structure of an international volunteering organization, namely Rotary International. The club is destinate to children aged 7 to 13. The club’s primary mission is to have a contribution in the development of children’s abilities, as well as practicing the children’s involvement within the community. We have meetings every couple of weeks. During said meetings, we carry out self-development activities, teach them how to help other people, and to become useful within their community. An important factor of RotaKids is represented by the opportunity it offers to children, to brainstorm ideas and see these materialize to reality. Thus, children learn that by working together as a team, they can achieve plenty of things, both for themselves as well as their community.

RotaKids is carrying out IPYG's U Program. Can you tell us about the project?
U-Project (U and Understanding and Unite) is a school violence prevention program that includes you, understanding, and unite, and knowing others, and organizing various ways to resolve conflicts. The pre-program survey examines children's perceptions of school violence and based on this, the program was progressed. Children first draw a mind map to understand themselves and introduce themselves to their friends. We also have time to educate the exact meaning of violence, such as the difference between bullying and conflict. Also, practice empathizing with you through and other friends' opinions through the OX quiz (true or false quiz). Afterward, we will indirectly experience the damage and harm of school violence through role-play using fairy tales and learn how to resolve conflicts through discussions. Also, it is organized to provide exercise sessions for children every hour so that they can participate in the program interestingly and actively.

What parents told you when you proposed this program? And how did the students respond to the program?
Being a parent myself and having had conversations with parents of the children who participated in this program, I believe it is crucial for our children to learn to prevent violence and avoid such situations. The children have understood and learned practical ways to react to a violent situation. Moreover, they say they strongly enjoyed their opinion having been requested and felt that their beliefs do actually matter. Given the fact that in Romania no such initiatives are adopted within schools, the program has represented a wholesome method for children to discover and cultivate values and ideals such as peace, self-development, and ability to live in harmony with others. Together with IPYG, we could develop more children-oriented subsequent activities, that would take issues like poverty, discrimination, ethnical tensions, and lack of education access, in a similar manner. 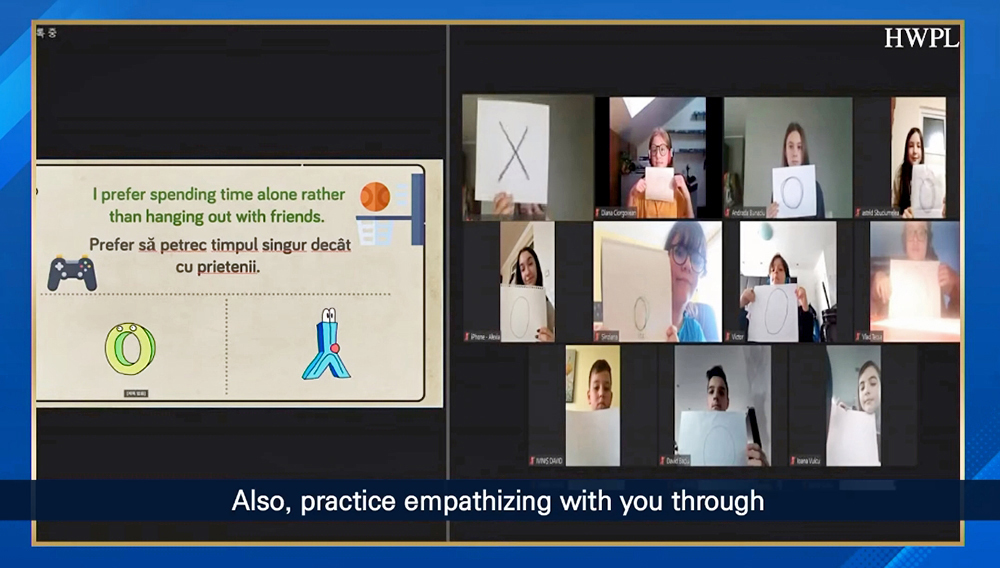 Do you have other projects in mind for working with IPYG?
The main reason for our collaboration with IPYG is represented by our similitude in terms of shared values, to help people and disseminate peace. I believe it is extremely important to deter violence, for an obstructive behavior, with negative consequences. In Rotakids Alba Iulia, there are 30 members. In the first part of the project participated 10 kids. They find out, the others find out that the program is very interesting. It’s very funny and they learn a lot of things about how to behave in violent situations. So, they asked me to ask you to do with them a program with those who didn’t have the chance to be in the first program. So, I will prepare the second part of the program for the other kids who want to participate, and even for the HWPL Peace Education, I hope to join and participate with our RotaKids children.

Regarding violence against the youth, is there anything you want to say or request to the older generation?
My message is to be friends as [a] friend is the guarantor of peace. Despite the numerous differences between individuals, we should all live in harmony. To put an end to the violence and future conflicts, we need to render proper values to our children. We have a motto in RotaKids. It says, “Kids are citizens from now. They are not citizens in the future.” Let's plant this value. Let's start from this.