Chapter 8. Understanding and Forgiving Others 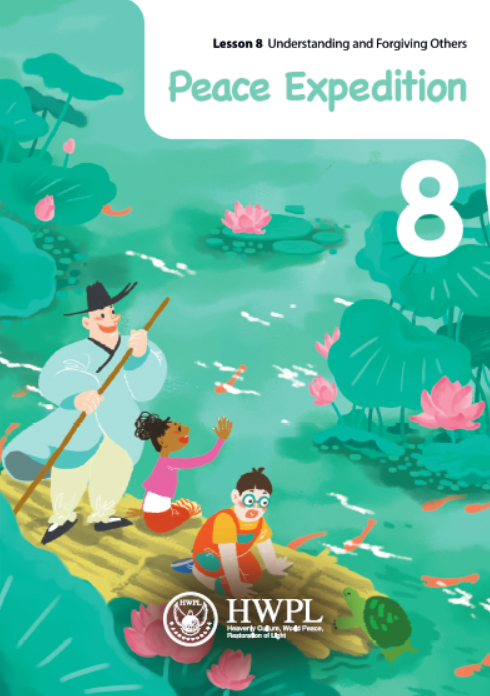 Section 2. Forgiveness
There are times in life when you need to forgive someone who has wronged you. On the other hand, there are times when we have to ask another person for their forgiveness. Like this, forgiveness is for the other person and at the same time it is for us. However, the process for forgiveness is not easy. American author Marianne Williamson, who is well known for being Oprah Winfrey’s spiritual advisor, said “Forgiveness is not always easy. At times, it feels more painful than the wound we suffered.” The reason forgiveness is painful is because you have to face the events of the past that you want to forget, again. Furthermore, the process of objectively understanding the event that occurred at that time, the perpetrator, and yourself is necessary.

Sometimes, forgiveness is misunderstood as “acknowledging the crime as right” and is rejected. However, forgiveness is never acknowledging a crime as right Actually, in order to forgive, the other person’s fault must be clearly identified. This is because if the fault is not identified, the object of forgiveness itself becomes unclear. Regarding this, American author Stromie Omartian said “forgiveness doesn’t make the other person right, it makes you free.” Forgiveness reveals even more clearly what is wrong. Furthermore, even if you forgive someone, you can still hold them legally and ethically responsible for their crime. What changes through forgiveness is not the person’s wrongdoing, but it is your desire for revenge.

Section 3. Forgiveness and Peace
If the benefits of forgiveness on a personal level is inner healing and restoration, the benefits on a social level is restoration of relations between the nation and people and establishment of peace. Since forgiveness between nations or people require a social agreement among citizens, it is difficult to implement with only an individual’s determination. Nevertheless, forgiveness is necessary to end conflicts and cease war within the global community.

Germany has continued to apologize for crimes against humanity such as the Holocaust during World War II and has been reflecting on the Nazis’ mistakes. On 7 December 1970, Willy Brandt, former Chancellor of West Germany, fell on his knees in front of a memorial to the victims of the Warsaw Ghetto in Poland to apologize for the Nazi atrocities. In 1994, Roman Herzog, former President of Germany, attended a ceremony commemorating the 50th anniversary of the Warsaw Uprising and officially apologized to the citizens of Poland. In 1995, Helmut Josef Michael Kohl, former Chancellor of Germany, visited the Auschwitz concentration camp in Poland and said “this suffering and death, the pain and tears, force us to remain silent in this place.” Germany’s reflection did not end with apologies from politicians, but continues through abolition of the statute of limitations for Nazi war crimes, continuous court trials, and mandatory education on not repeating the past. Germany’s constant apology and reflection is setting a good example for restoring relations with neighboring countries and establishing sustainable peace. Of course, these efforts by Germany do not change the historical atrocities of the past, nor do the victims necessarily have to forgive them. However, sincere reflection and introspection to not repeat the past that was wrong and genuine apologies accompanied by a solution is not easy even for an individual. Apology and forgiveness that Germany has showed on a national level will be remembered as an excellent example of peace and coexistence.

Section 4. Forgiveness and Peace that Begins with Me
Forgiveness is needed to heal the pain of countless people that arose from conflict, violence, and quarrel. Forgiveness has the power to heal the present and change the future. Even if you understood the relationship between forgiveness and peace, it is not easy to practice forgiveness personally. There are situations with 100% offender and 100% victim in a single incident. However, if you look at a person’s entire life as a whole, no one can be 100% offender or 100% victim. People offend others as they live their lives and become victims as well. If we assume a perfectly fair society is made, then everyone who offended us should be punished, and we must receive punishment for all the offense we gave to others. However, no one can live normal lives in such a society. Therefore, forgiveness is needed in a human society. Because people are both victims and perpetrators at the same time, they must know how to forgive to receive forgiveness from others.

Everyone in the global community certainly wants peace than war. Understanding and forgiveness can break the vicious cycle of retaliation that is constantly spread around the world. It also has the power to lead a new era of peace. Let us first forgive those around us and put peace into practice. Forgiveness is difficult but is courageous. The world will become brighter and brighter with the light of peace even from attempting to forgive, and putting forgiveness into practice will heal us and the world.