Media Literacy & Netizenship in the Age of Disinformation

Author of a book for UNIDO Pakistan & TEVTA Punjab on Post-Production in 2013 and one research journal on ‘Story telling in Media’ in collaboration with Taylor’s University. Conducted various workshops on Mobile Journalism, SDG Journalism in Brunei, Laos, Malaysia, Indonesia, South Korea and Pakistan. 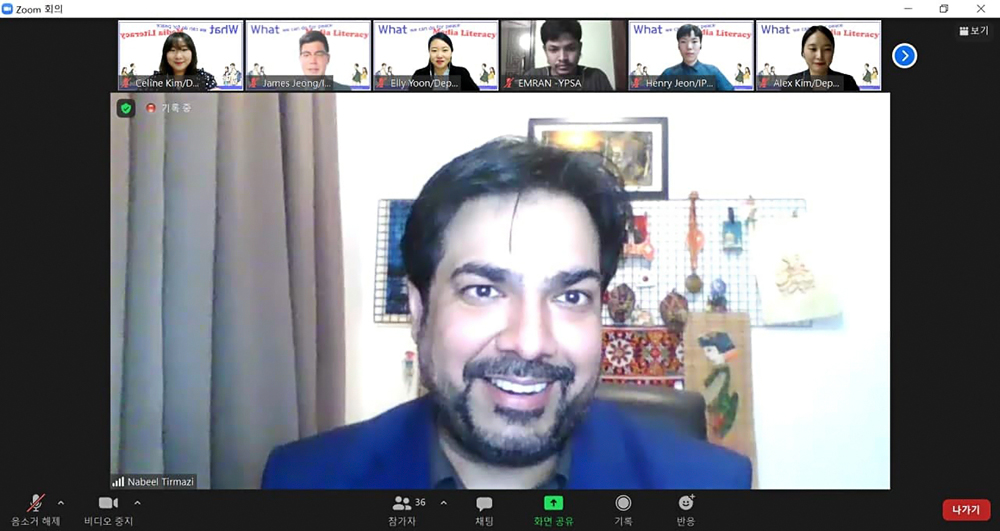 There is a famous saying by Imam Ali Ibn Ali Talib that “Look at what is being said, not who is saying it.”, this holds very true when the discussion of disinformation and misinformation comes. With the evolution of internet, New Media has challenges the norms of traditional media, however, the responsibilities of netizens have also been increased. Media consumers have also become media prosumers, meaning they are both the producer and consumer at one time.

According to experts, the need of digital media literacy has increased immensely for netizens as it shapes their sociopolitical identity. In the age of social media, where its users are constantly bombarded with information, the first step should be to make them aware about the information disorders.

According to a recent survey, there has been 47 per cent increase witnessed in time spent by the netizens on consuming online news online. However, many of them fell in the trap of various kinds of information disorders like disinformation misinformation and mal-information. Like Ehrsson, Spence, and Passingham study of “Rubber Hand Illusion”, many people have the idea that whatever they are consuming might be fake but still it shapes their conscious biasness. The most common impact on such information disorders are:

Currently, the traditional media is facing a lot of pressure in balancing its credibility and coping with the fast-paced breakings on social media. There was a time when experts on TV and radio were taken as opinion makers and their audience quote them, now situation is reversed and the former credible giants are discussing what amateur content creators (also called influencers) are discussing on the social media. To cope up with this challenge they themselves have fallen in the traps of sensational headlines, click baits and even exaggerating the information just to grab their audience’s attention. Dangerously, the mal/dis/mis-information produced by anonymous sources (hidden propagandists) finds its path through closed communication networks to conspiracy communities and reaches to social media which, as I mentioned above, disseminates through traditional media.

If we look at the internet media, filter bubbles also add up to our conscious biasness. According to the definition, Filter Bubble is a state of intellectual isolation that allegedly can result from personalised searches when a website algorithm selectively guesses what information a user would like to see based on information about the user, such as location, past click-behaviour and search history. Although ‘internet pundits’ believe that filter bubbles are helpful for internet experience, however, because of this netizen can only get one-sided information and unable to comprehend what other people think about a certain matter, thus making the consumed opinion stronger.

This is the primary reason that internet and media activists advocate the need to raise awareness to the common people that how urge of earning social currency (i.e. likes and hearts on social media) can wrongly lead to build a huge information chaos. They should be educated that how things go viral and how it not only affects their mental health but can disturb their social media peers too. To make them a responsible netizen they should also be educated in identifying dis/mis/mal-information which they come across on the internet.

Now we come to the content creation part. In 2015, United Nations unveiled the Agenda 2030 with the name of sustainable development goals which revolve around 17 goals (including poverty alleviation, gender equality, education, climate change, peace within institutions etc.) and its 169 targets. The interesting part of these goals is that every target is linked with each other. For example, the subject of peace can be easily related to goals related to poverty, health, education or even climate change, etc. There is a tremendous responsibility on international bodies and media organisations to create awareness campaigns for their target audience. To create stories involving some SDG target, many content creators view these subjects bit technical, however if these stories can be given humane touch, the audience will relate with them easily and thus creating more impact. Each SDG stands on four pillars in understanding them in depth i.e. Social inclusion, environment, economic impact and the government accountability. By taking these pillars in perspective, the choice of topics for every target becomes limitless.

In the end, I would like to quote Nelson Mandela, “It is in your hands to create a better world for all who live in it.”.