The Role of Journalism in Shaping a Peaceful Society

On 19 June, HWPL hosted a webinar called “The Role of Journalism in Shaping a Peaceful Society.” About thirty-five peace activists and IPYG members, including professors and students from the Department of Journalism who are working hard for good news culture in Germany and Rumania, participated in this webinar.

According to HWPL officials, this webinar was prepared with European journalists to discuss ways to restore the public’s trust and peacefully overcome this crisis in a time of global chaos and change due to the COVID-19 pandemic. This is due to the journalists, who should provide correct news and act as a guide during a pandemic, but rather are producing fake news that provoke the public and create anxiety. 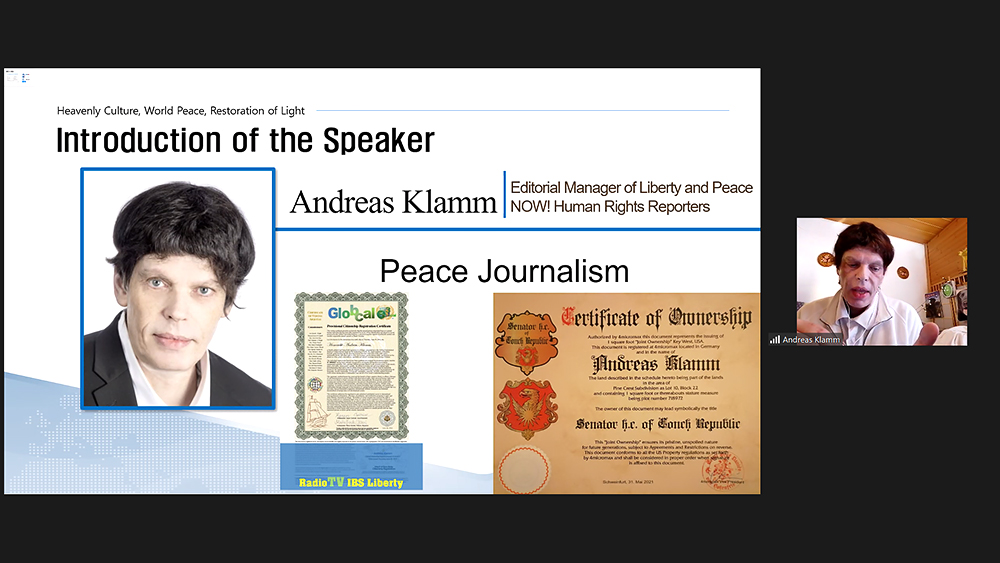 Andreas Klamm, an Editorial Manager at Liberty and Peace NOW! (www.libertyandpeacenow.org/), said, “False information, not providing checks and balances, and spreading rumors are dangerous and may cause additional serious harm besides the effects of the Corona Crisis.” He continued, “The media and all those people engaged in the media should fulfill their role to be fair, respectfully, and should provide checks and balances.” 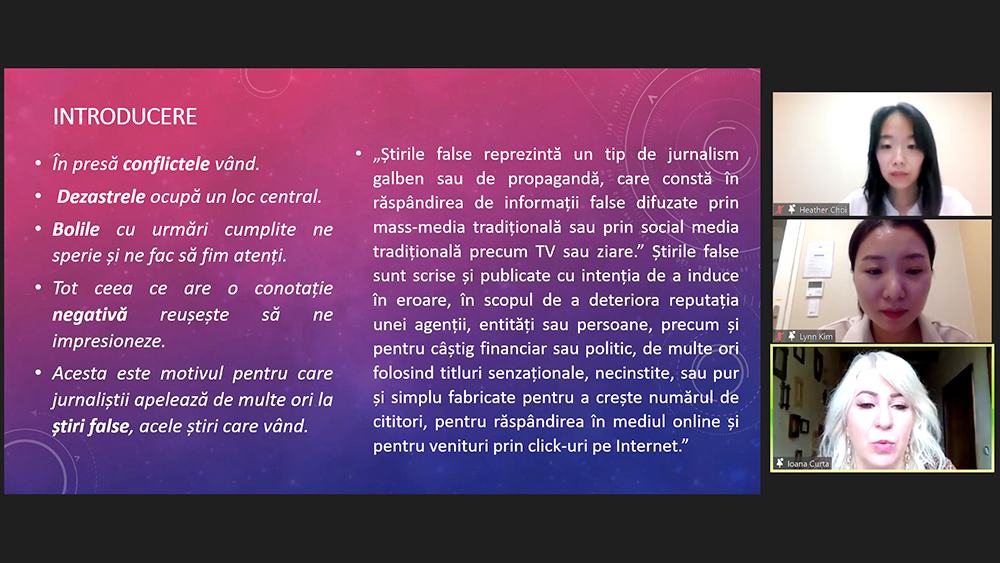 “Everything that has a negative connotation manages to impress us. This is why journalists often choose to write fake news because negative fake news sells,” said Ioana Adela Curta, a professor at the Faculty of Sociology-Human Sciences specializing in Journalism, Communication and Public Relations at the Lucian Blaga University of Sibiu. In dealing with fake news, she added, “When someone writes fake news, I take it as the person lied to me, personally. As soon as I find out that it was fake news knowingly distributed as fake news, I punish that journalist and refuse to read any news proposed by him or his publication. This is one of the surest ways to discourage journalists and publications from promoting fake news.”

Finally, HWPL public relations director emphasized the importance of “peace journalism” and said, “Journalists must consider the consequences and impact of their news reports and give a voice to the voiceless.” He introduced MAGP (Media Association for Global Peace, http://magp.org) as a global peace reporting platform for journalists seeking peace to come together and communicate without any pressure from the media and authority.