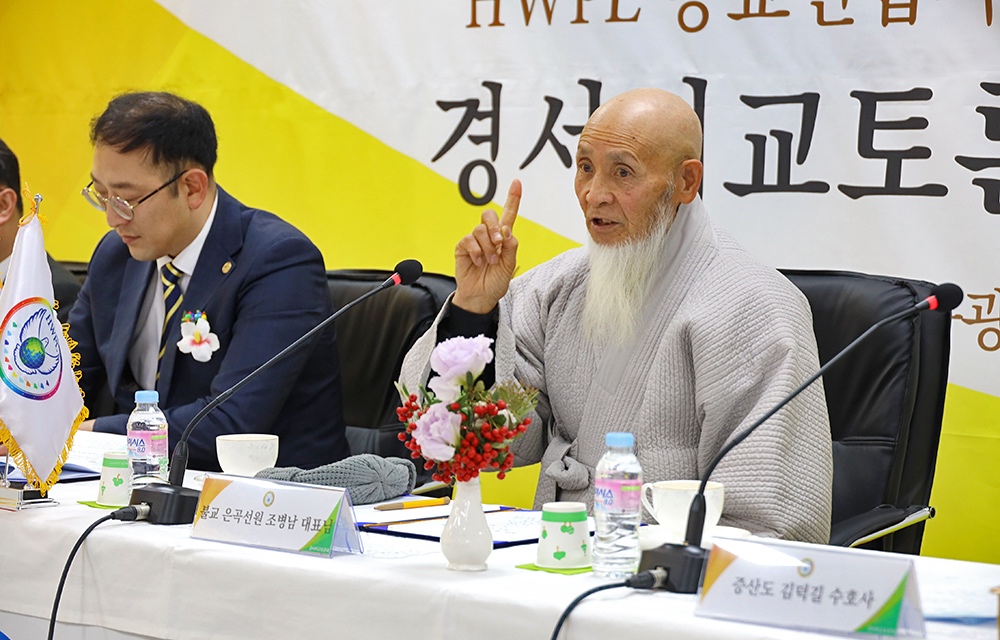 The Declaration of Unification proclaimed by HWPL’s Chairman Lee Man-hee deeply touched General Secretary of Eungok Seonwon. This motivated him to actively support and publicize HWPL’s peace movement and to work on the forefront for the unification of Korea. Furthermore, General Secretary Cho is helping heavenly culture bloom in Buddhist temples by opening the HWPL WARP Office in the temple.

General Secretary Cho, who participated in the comparison of scriptures discussions to realize the value of peace written in the Heart Sutra, established the HWPL WARP Office in the temple to provide a space of peace where people of different religions could interact. After the construction that started in the beginning of July ends in early August, there will be a signboard-signing ceremony. Moreover, this place will add value as a space for peace through exhibitions of diverse religious cultures.

The HWPL WARP Office in Eungoksa Temple is the second office to be established in a Buddhist temple in HWPL’s North Jeolla Province. HWPL Jeongeup Regional Director Kwon Mi-kyung said that she would make efforts for the temple to be a pillar of peace not only in the Jeongeup region but within the North Jeolla Province through the HWPL WARP Office. She added, “We would like to invite many religious leaders to HWPL WARP Office meetings held at the Eungoksa Temple to reduce the wide gulf of religious conflicts that exists in the Jeongeup region.”

As HWPL’s Jeonbuk branch is the first to open the HWPL WARP Office in a Buddhist temple, it is anticipated that more religious leaders will participate in HWPL WARP Office meetings in the future, and through this, a space for a culture of peace can be established in various religious facilities.