There is a neighborhood in Cotabato City, Mindanao, where Muslim communities and Christian communities live together. Even in this area where there was much conflict and dispute, Muslim and Catholic communities gathered together to share a meal of peace and reconciliation. Currently the HWPL Cotabato office has been established in this area which has become a symbol of peace and resolving conflicts. Additionally, NGOs, including the Kutawato Greenland Initiatives (KGI), and citizens of Cotabato City who realized the importance of peace are voluntarily participating in the construction of the HWPL peace monument so that the culture of peace can be deeply instilled in the region. This monument is expected to be made into a world map with melted weapons that were actually used in the region of Mindanao and is highly anticipated as it will be able to contain a greater meaning of the cessation of war and world peace. 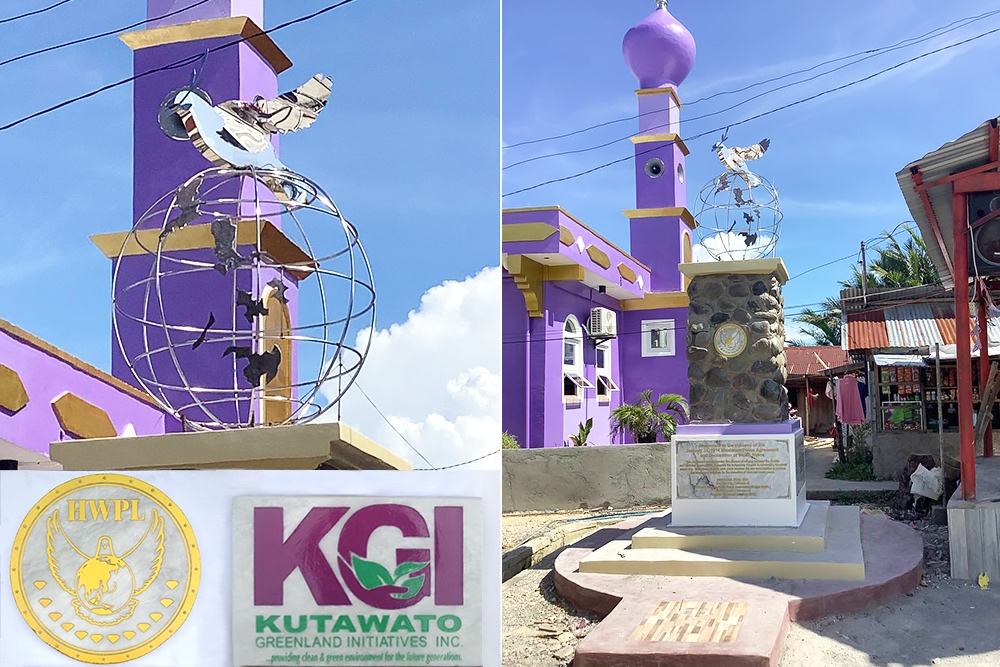 The breeze of peace that started in Mindanao, the southernmost island of the Philippines, has spread to Brgy. Foz, Dingras, Ilocos Norte, the northernmost region of the Philippines. Students from the Brgy. Foz, Dingras, Ilocos Norte region participated in the HWPL Peace Education for about a year. The positive changes of the students who received peace education even brought change to the citizens of the area.

More than anyone else, it was the teachers who conducted the peace education and their students who realized the importance of spreading a culture of peace and decided to build the HWPL peace monument in order to make this known. The students’ parents donated land to build the peace monument and Peace Garden. The donated site was a place where two families had conflict insisting on ownership of the land, but after seeing their children receive peace education, they changed their hearts and donated the land so it could be used for peace.

With the change in students, their parents, and their participation, the local residents are all voluntarily working together to build the peace monument. Even during the construction of the peace monument, the culture of peace is already spreading in the hearts of the people in the region.

The establishment of a peace monument falls under Article 10 of the Declaration of Peace and Cessation of War (DPCW), which spreads a culture of peace. The establishment of a peace monument that shares the culture and spirit of peace is a very meaningful work, and it will greatly inspire not only the local residents but also other regions of the Philippines and the local government as well.