On 14 May 2021, various editors, journalists, and media regulatory bodies gathered for a Peace Journalism Workshop to discuss whether the media are peacemakers or conflict makers. The workshop was hosted by Heavenly Culture, World Peace and Restoration of Light (HWPL) and focused on the African Unions' Agenda 2020 goal of Silencing the Guns. The event is the first of a series of workshops that promote and nurture a conflict-sensitive approach to reporting in Southern Africa. 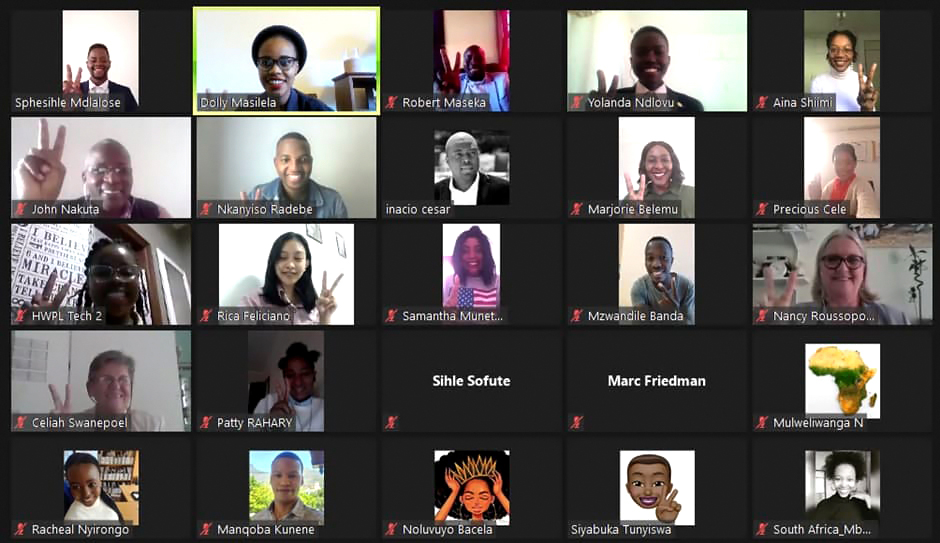 The panel included Mr. Robert Maseka from the Namibia Daily News, Cape Argus editor Mr. Aziz Hartley, as well as Mr. John Nakuta from the Editors Forum of Namibia who is also the media ombudsman in Namibia.

According to the Africa Centre for Strategic Studies, there was a 43 percent spike in militant Islamist group violence in Africa in 2020. The 4,958 reported events linked to these groups represents a record level of violence, continuing an upward pattern seen since 2016. There were 7,351 murders committed with firearms – which include pistols, revolvers, high-calibre and homemade guns - between April 2019 and March of this year in South Africa.

Aziz Hartley shared on the issue of glamorizing gun possession and gangs among the youth. "In the Cape Town context, the Cape Flats are among the most violent places on earth. Here a low-key war is underway as gangs engage in turf battles. Many innocent lives are lost during the gang shootings - young children are recruited into gangs as drug runners, hitmen and lookouts.” Mr. Hartley also added that “With the socio-economic challenges of poverty, unemployment accompanied by overcrowding - the youth are sucked into a spiral of gangs, crime and drugs. Crime and gangs have become glamorized in many communities." 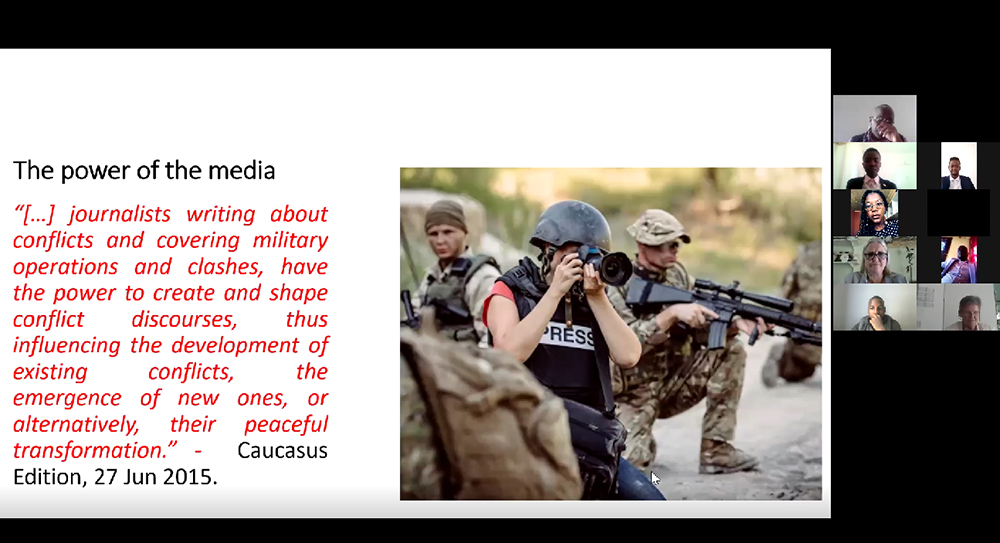 As the media ombudsman of the Namibia that has been highly ranked in the Africa Press Freedom Index, John Nakuta gave words of encouragement to the journalists in attendance by saying: “Your reporting should always be to de-escalate the conflict. The words that you speak become the house you live in. The media are not innocent bystanders in conflict, and should thus be careful of the position they take. Are you a peacebuilder or a conflict enabler?” Nakuta also added that reporters should use “accurate and non-judgmental language in reporting, to avoid inciting conflict and anonymity”.

Robert Maseka said, “More workshops should be initiated to enhance the capacity of the African journalists to cover issues of peace promotions on the African continent. Many people have been victims of reckless reporting and misinformation. Through training one can mitigate the risks of the media contributing to violence and conflict." Mr. Maseka also added that for conflict-sensitive reporting to happen, reporters should get the views of experts in conflict resolution and use those views to try to make the parties in conflict understand that there are ways to resolve their differences.

The Public Relations Division of HWPL has been running peace journalism workshops in African countries, including Namibia, South Africa, Lesotho, Zambia, and Zimbabwe. In 2018, the organization held a Peace Journalism fellowship for 20 broadcast journalists from the SADC region to learn about the value of raising awareness for the need for peace in the continent, and to see how peace journalism not only provides practical solutions for journalists reporting on conflicts, but also aids activists and academics in their analysis of conflict-ridden zones. At the end of the workshop, participants agreed to participate in the forthcoming peace journalism workshops that will be held by HWPL.