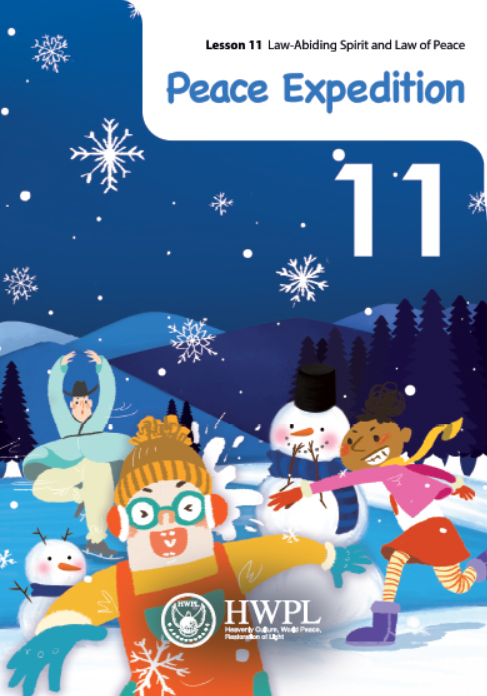 Section 1. The Necessity of Law
Social norms are needed for members of society to live in harmony. Social norms include customs, morality, and law. Among them, the law is a norm that must be applied in a mandatory way. What does a society without law look like? Let’s predict what a society without law and order will look like through the life of a fictional tribe called “Troglodytes” in the novel Persian Letters by Montesquieu, Charles Secondat. The Troglodytes did not follow anyone’s words after killing both the king and the administrator. They only cared about their own happiness and agreed that it was none of their business if others were unhappy. These tribesmen who were freed from all regulations lived a free life. However, they soon realize that living without law and order does not benefit them. For example, there was A, who had fertile land, but B and C worked together to kick A out of the house and stole the land. However, C wanted to have the land to himself and killed B. But that did not last long. C was also attacked by D. The Troglodytes had to constantly live a life of anxiety to protect their lives and property. If there is no law in the society, it is obvious that such chaos will occur. If there is no law, how do we resolve when car accidents occur? The same applies when one works hard, but does not receive any wages. These kinds of situations cause conflict. As such, the law is necessary to solve specific problems in society, protect the rights of the members of society, and maintain order.

Section 2. Law-Abiding Spirit
If all members of society know and abide by the law, they can safely protect each other's lives and property. But even if there is a law, what is the use if no one complies with the law? Therefore, the value of existence and usefulness of the law are in law-abidingness. A “peace citizen” is a person who actively abides by the law based on the law-abiding spirit. They are like a “walking law” that they themselves strictly obey the law and set an example for others. With the rapid development of transportation and communication in the 21st century, the modern people’s area of activity has expanded from their own country to overseas and even to online spaces. The law-abiding spirit is essential for people of different races, religions, and values to coexist peacefully in all these spaces. Currently, the ministries of education and many schools in developed countries are aware that sustainable development is no longer possible only with education focused on knowledge transfer and technology acquisition. Schools are increasing the proportion of civic education, order education, personality education, environmental education, and more. In order for the state and society to achieve sustainable development in the trend of globalization in the 21st century, fostering citizens with a law-abiding spirit is an important and urgent task.

Section 3. Peace Agreement
Salmon Oliver Levinson, an American lawyer who lived through World War I, said that it was mankind's worst mistake to legalize the war. In any country, murder is universally defined as the worst crime and there are laws that prohibit it. But why is there no law prohibiting war? Salmon Levinson believed that the most fundamental way to eliminate war was to outlaw war itself. At that time, his idea of outlawing war was revolutionary. Levinson's efforts paid off on August 27, 1928 with the Kellogg-Briand Pact. It was signed by 15 nations outlawing war as an instrument of national policy. Article 1 of the Kellogg-Briand Pact states, “The High Contracting Parties solemnly declare in the names of their respective peoples that they condemn recourse to war for the solution of international controversies, and renounce it, as an instrument of national policy in their relations with one another.” This agreement made war illegal for the first time in history. However, this agreement, which was not binding, failed to prevent World War II. For this reason, there is also criticism that the document does not actually serve its purpose. However, this agreement changed the international community’s view of war. War was viewed legal until the World War I, but after defining war as illegal, a view of war as a criminal act emerged from the World War II. The agreement without coercion is difficult to ensure lasting peace. For sustainable peace, a binding international law suitable for rapid changes in the world is urgently needed.

Section 4. “Declaration of Peace and Cessation of War (DPCW)”
The UN Charter has long been referred to as the starting point of a new international legal system in that it has established a regulation banning war but for two exceptions. It is clear that the UN Charter system has made outstanding achievements so far, but 75 years have passed since it took effect in 1945, and various forms of disputes are still taking place throughout the world. And in recent years, those in academia has agreed that the UN charter system is still significant, but it is not enough to maintain international peace. The DPCW is the first step toward supplementing these issues. The DPCW aims to supplement and improve existing international law to suit the current situation through a fundamental approach to war and peace. Accordingly, the DPCW was drafted to pursue progress in international law based on norms already agreed by state actors. The DPCW comprised of 10 articles and 38 clauses with the preamble suggests ways to prevent and resolve disputes and achieve lasting peace. Articles 1 to 7 deal with the role of the states in creating peace in the international community such as refraining use of force, promoting friendly relations, and more. Articles 8 to 10 suggest that building world peace is a task given to everyone in the global community by emphasizing the participation of not only the states, but also all civil societies such as freedom of religion, strengthening education and welfare, spreading a culture of peace, and more.

After the World War I and II, the UN was launched to maintain world peace and international order, but wars continued due to various reasons such as security dilemmas in the international community and the beginning of the Cold War among other things. Also, lethal weapons have continued to develop for decades. If the world does not want to suffer the same horrors like World War I and II again, then a binding international law is needed. The DPCW drafted as a supplement to the UN Charter system can be an alternative. What the DPCW fundamentally needs in order for it to be effective is the law-abiding spirit of the people around the world. It is difficult to realize world peace and end wars only with the support of leaders from one or two countries or support from some levels of society. From state leaders to citizens, they all have to recognize the need for international law for peace; and when working together to comply with international law, peace can become not just a dream, but a reality that can be held in our hands.