Chapter 12 The Completion of Peace That Humanity Has Long-awaited 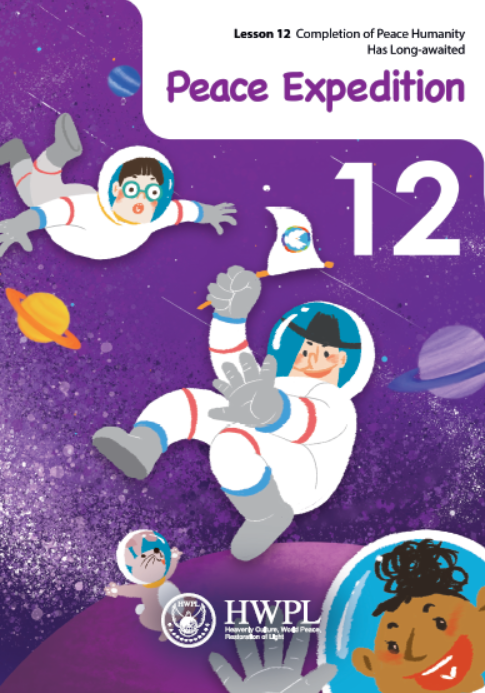 Section 1. Courage
Andrei Sakharov, a Russian physicist, received the 1975 Nobel Peace Prize for his work against nuclear experimentation. He greatly contributed to the former Soviet Union’s weapon development during World War II and joined the Lebedev Physics Institute in 1945. His research team joined the secret research in the development of hydrogen bombs, and he was forced into the research as a result. The former Soviet Union was able to successfully create a hydrogen bomb three times during his research. Sakharov gained great honor and wealth. However, at the same time, he became very skeptical as he knew that nuclear weapons could cause far greater wars and fear than ever before. There was an accident during a nuclear experiment where a young girl lost her life, and Sakharov felt great anger towards the irresponsibility of the government that insincerely handled the incident. In the end, Sakharov became opposed to nuclear experimentation and urged for its prohibition by writing papers and books scientifically proving the biological risks. His work led to the former Soviet Union announcing the suspension of nuclear experimentation, and later influenced the Soviet Union, the United States, and England to sign the Treaty of Banning Nuclear Weapons Tests in the Atmosphere in Outer Space and Under Water in 1963. However, Sakharov’s work for the prohibition of nuclear experimentation wasn’t always easy. On 22 January 1980, he was arrested and exiled while protesting the Soviet Union’s invasion of Afghanistan and had to forfeit all awards and medals given by the former Soviet Union. During his exile, the country threatened him several times with confinement to a mental hospital and even death. It was not until 1986 that Sakharov was reinstated by the Soviet government, and he worked for human rights and peace without stopping until his death in 1989.

Section 2. A Peace-loving Heart
Peace is one of the core teachings of religion. Most religious scriptures teach peace, justice, human dignity, respect, harmony, etc. However, these messages in the scriptures are often ignored or misinterpreted. Therefore, the fundamental reason behind religious conflict is from misunderstandings, or perhaps, ignorance of scriptures, which is the standard of each religion. Therefore, true believers should not cause or ignore conflicts, but instead, love and practice peace.

“All men tremble at punishment: all men love life. Likening others to oneself, one should neither slay nor cause slaughter.” – Buddhism

“He will judge between the nations and will settle disputes for many peoples. They will beat their swords into plowshares and their spears into pruning hooks. Nation will not take up sword against nation, nor will they train for war anymore.” – Christianity

Section 4. HWPL Achieving World Peace
Heavenly Culture, World Peace, Restoration of Light (Hereinafter HWPL) was established on 25 May 2013 for world peace and it is a non-governmental organization in Special Consultative Status with the UN ECOSOC. As a non-governmental organization that aims to achieve cessation of war and world peace, HWPL is proposing practical measures to overcome the limitations of states and international organizations for world peace while also building a peace governance that includes civil society and religion. HWPL is also leading solidarity and cooperation for peace among states and intergovernmental organizations. HWPL’s peace activities propose a clear answer to peace, which is conflict prevention, conflict solution, maintaining peace, and spreading a culture of peace. HWPL’s peace activities aim to achieve peace, which is the greatest legacy, for the future generations.

The world is not yet peaceful. There are various causes that threaten lives such as terrorism, civil wars, ethnic conflicts, religious wars, etc. These countless factors that indirectly disturb peace must still be solved. Now, we must all become leaders of peace to achieve world peace with our own hands. Achieving peace is not difficult. To achieve peace, we must first have “courage” and a “peace-loving heart.” Our actions for peace are not insignificant. We must remember that this is the path for humanity, and it will leave peace to the future generations. Individuals, civil society, nations, and international organizations must all cooperate and work together to become “messengers of peace.” HWPL is working with the youth, women, and all people of the world to work for the “completion of peace,” which is the desire of all humanity. A world of peace created through the enactment of international peace law, religious harmony, and peace education will be the greatest and most brilliant legacy to be passed onto the future generations forever. We can achieve world peace that humanity has long-awaited. We are one!