Skip to content
Previous
Next
Published On: September 21st, 2019

The 2019 International Youth Peace Conference, held under the theme of “Peaceful Unification of the Korean Peninsula and Spreading a Culture of Peace,” was held with about 400 Korean youth. Through this session, the role of young people in achieving peace was discussed and practical peace activities that the youth could do to spread the culture of peace was planned. It was especially significant as influential youth groups in Korea planned for cooperative peace initiatives and determined to work together, going beyond what an individual youth can do.

The IPYG, an affiliated organization of HWPL, began with the purpose of achieving peace with the youth leading the way, and works in partnership with 185 organizations in 111 countries around the world. Based on the slogan of giving peace to future generations, the IPYG’s youth movement toward peace is a great example for the international community. 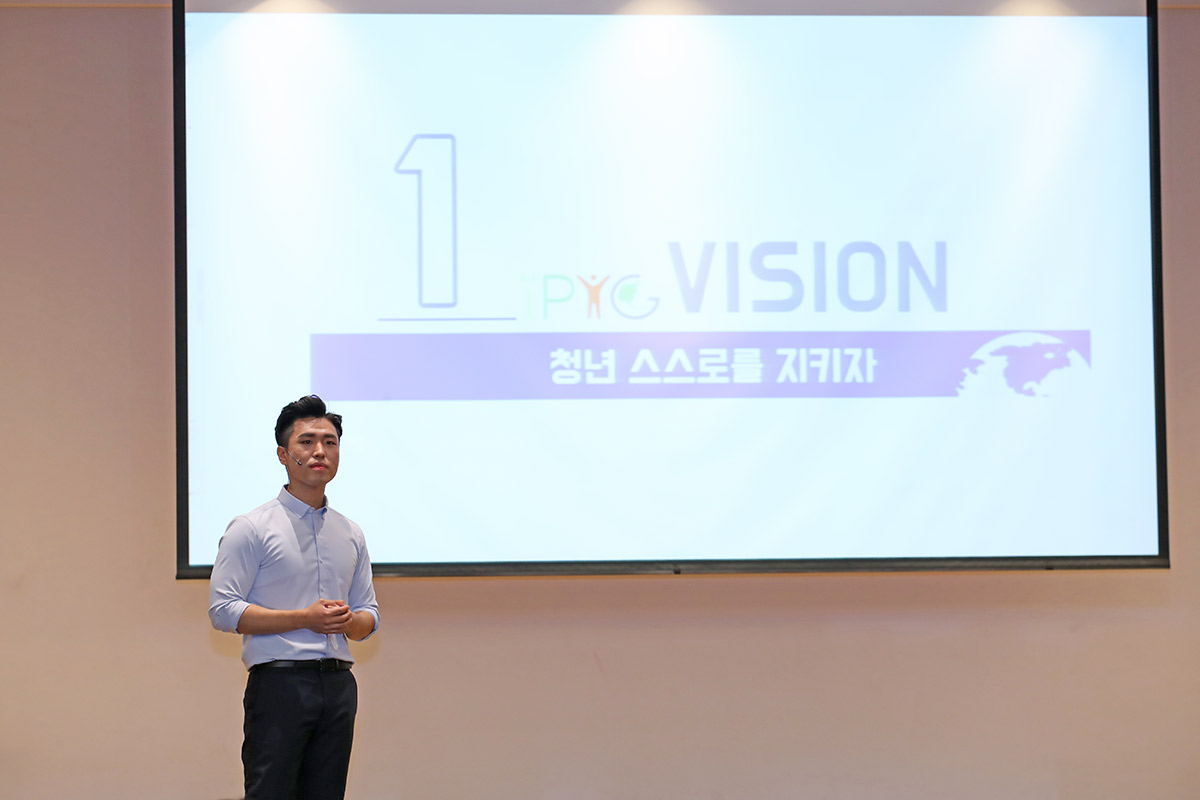 After the opening address from Chung Young Min, General Director of the IPYG, and the introduction of IPYG Initiatives from Jibum Kim, International Peace Youth Group HQ Director, the official meeting began. This conference’s roundtable session was held with a passionate discussion on the theme of Roundtable Session, “Youth, Draw for the Korean Peninsula’s Tomorrow” along with a presentation on cooperative initiatives. Regional directors of the IPYG and the heads of various groups attending the event sat at the round table and planned cooperative initiatives, and considered what role they could play for the peaceful reunification of the Korean Peninsula. 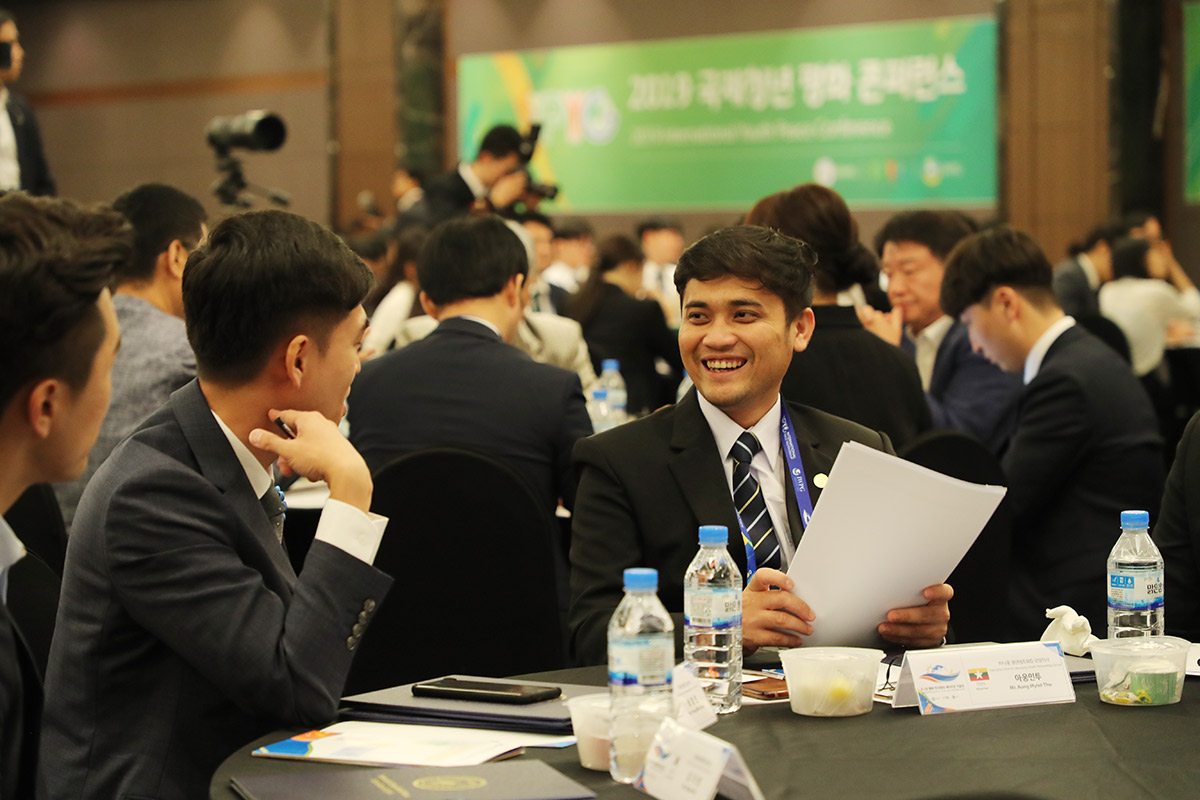 Aung Myint Thu, Executive Director of Manaung Youth Networking Group, presented a cooperative plan by saying, “Because the youth can be the biggest victims at a time of war, I greatly shared the IPYG’s vision that the youth must become the driving force of peace themselves, so we can prevent conflicts from taking place. This is why I began to work with the IPYG in 2015, along with Myanmar’s youth and students. We plan to continue to work with the IPYG through various activities such as drawing pictures of peace, peace walks, peace seminars, and singing peace song, and spread the culture of peace to the students and citizens.”

Choi Han-guk, President of Jeonju Youth Farmers Association, delivered the plan to work with the IPYG in creating “the Peace Road” in the city of Jeunju by saying, “If the youth can become one and gather our strength together, I believe it can definitely be achieved. We must think instead, ‘With this work that I am doing, how can we gather our strength together?’ Then, with effort made in each of our fields, achieving world peace no longer becomes just an impossible goal, but an achievable one.” 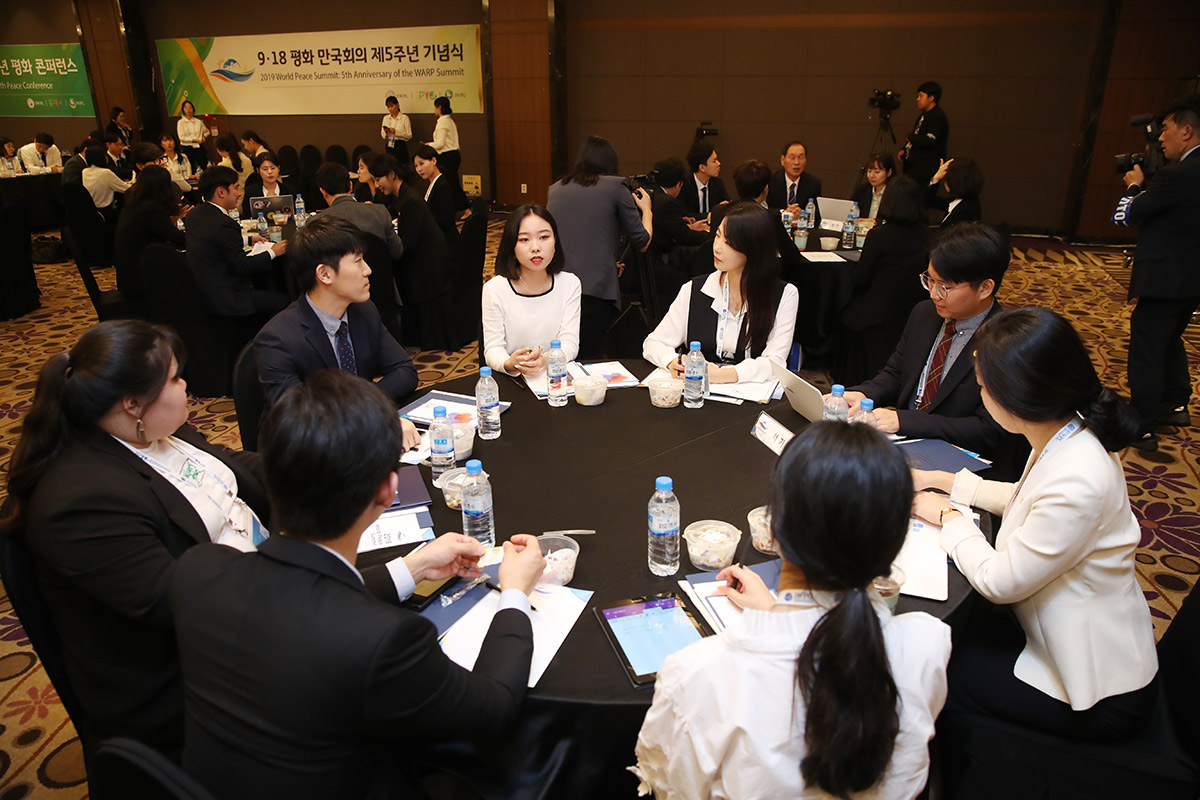 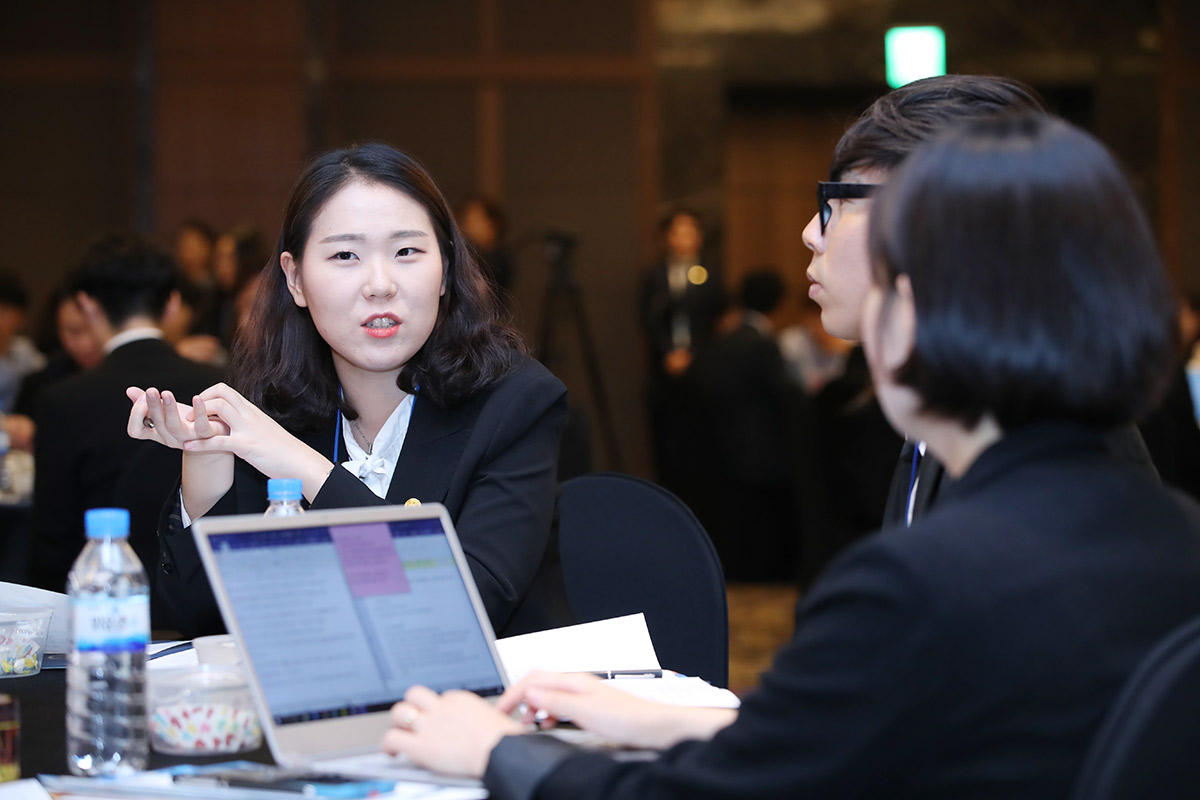 Song Hyun-a, Student Branch Director of Sungkyunkwan Youth Confucian Society Central Association, said, “We will also establish student branches in Gwangju and other regions with the IPYG youths to teach the basic characters of Confucianism such as benevolence, righteousness, propriety and wisdom, along with personal character training, so gather the hearts of the youth as one to strive to achieve peaceful unification. We will commit to these activities matching to the special needs of each region.”

The conference ended in great success, with all the youth who attended vowing to go back and carry out their planned peace activities and cooperative initiatives. The close cooperation between the IPYG and Korea’s influential youth groups for the purpose of peaceful reunification of the Korean Peninsula and the spreading of a culture of peace will continue to expand through projects that focus on unification and promoting peace in the global community. 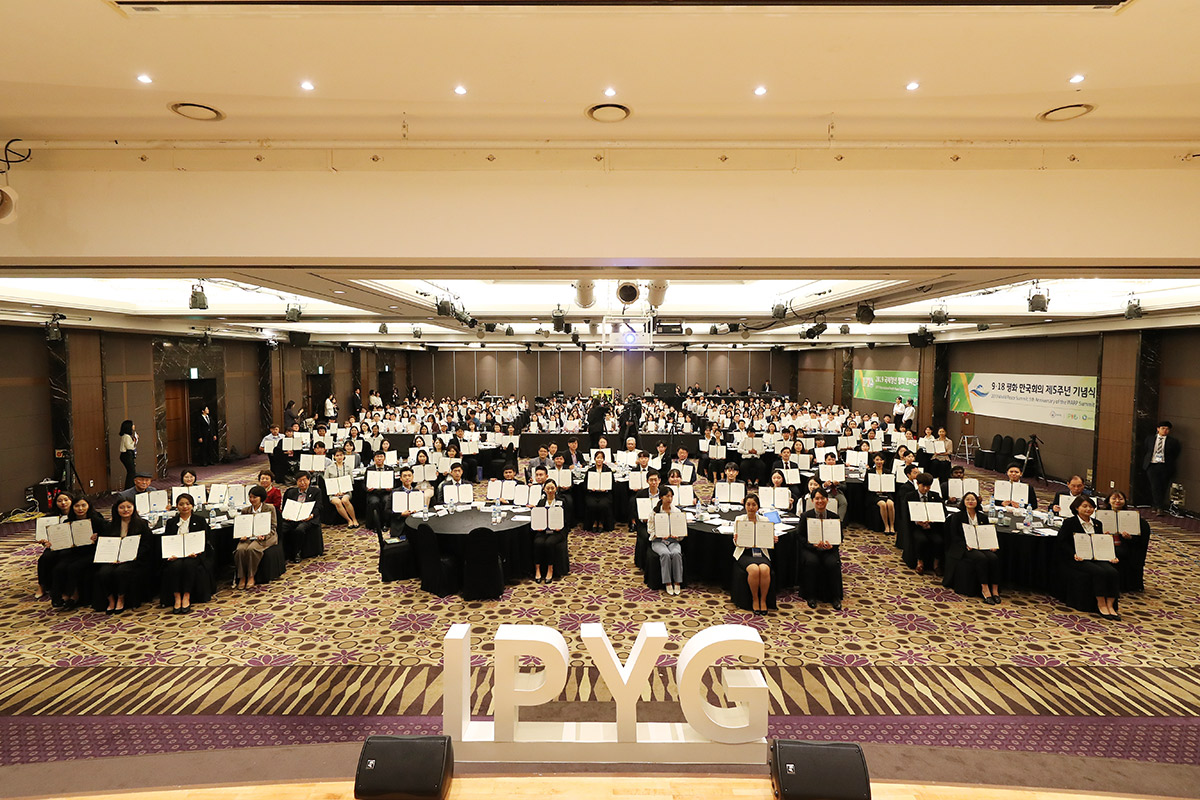