Skip to content
Previous
Next
Published On: April 28th, 2021

Chapter 6. Being Considerate of the Benefit of Others 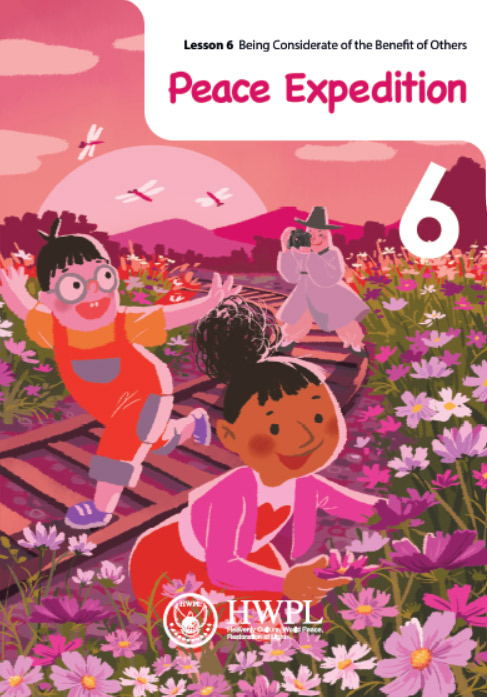 Section 1. Being Considerate
In 1998, a medical research team from Harvard released interesting results from an experiment, in which they examined immune antibodies in human saliva. After checking the level of the antibodies in 132 Harvard students, they showed the group a documentary on Mother Theresa, who practiced love and consideration for others. The findings showed that surprisingly, the level of antibodies had a significant surge of 50%. Hence, the effect of boosting the immune system by showing or thinking about good actions is dubbed, the “Mother Theresa Effect.”

There is also a similar study illustrating that being considerate toward others helps individuals achieve social success. CEOs of excelling companies taking an MBA course at Columbia University in the US were asked what they consider as the greatest factor impacting their success. 93% of the respondents said it is not competence or networking, but having (considerate) manners. The virtue of being considerate is that it not only gives joy and health to the self but also makes others around them feel good, which becomes a factor in gaining social success.

Humanity has prospered thus far by surviving and forming society based on consideration and collaboration. Only when we overcome individual and collective selfishness and help a considerate culture take root, can society enjoy peace and sustainable development.

Section 2. Being Considerate and Building Peace
According to the 2018 report from the International Labour Organization (ILO), around 152 million children aged five to 14 are in child labor, which is one-tenth of the world’s children. A cause for concern is that many children still work in mining sites in African for cobalt, which is a raw material used to make batteries for cell phones, laptops, electric vehicles, etc.

The BBC, a UK media, covered how children are either injured or buried alive when cobalt mines collapse. The fundamental reason behind all this is that there is a lack of social consideration for children. Young children are not able to fully protect themselves yet, and making rational judgments may be hard. Hence, they require protection and guidance from adults. What children need the most for them to grow both internally and externally are a stable family environment and social atmosphere, and above all, a sufficient level of education. The consideration for children will reflect on the next generation’s prosperity and peace.

Section 3. Being Considerate and Building Peace Starts with Me
The Bible, a Christian scripture, tells a story of a Jew who was half dead after meeting robbers. A religious leader and another Jewish person passed by, ignoring the person, while a Samaritan, who was looked down on by Jews at the time, took pity on the person, bandaged his wounds, took him to an inn, and took care of him. The expression “Good Samaritan,” derived from this story is often used to describe “people who help their neighbors out of goodwill.”

In 1978, professors of Princeton University and social psychologists, John M. Darley and Daniel Batson, conducted a study with theology students as the subjects. From the subject group, half the students were told to give a sermon on the topic of Good Samaritan, while the other half were told they could choose any topic. As the students are on their way to give a sermon, they would see a person who seemed to have been attacked by a robber lie on the floor.

An important lesson from this experiment is that taking what you know into action is more important than simply knowing. As being thankful and forgiving others are actions for myself before they become actions for others, it is meaningful to be thankful and forgiving. However, consideration is about being willing selfless for the benefit of others, so being considerate inside is not as meaningful. Let’s imagine a situation a person tells me he was being considerate toward me while I never felt it. This is what being considerate only on the inside is. A Good Samaritan is a person who is considerate through actions, not only inside.

For survival, people focus on fulfilling their desires, but at the same time, they think about and consider the benefits of others as members of society. Being considerate has a big impact on an individual’s health and social success. Furthermore, the affectionate respect and bond created through the consideration make our society a sustainable community based on cooperation. That is why consideration can be called a fundamental value in practicing love and peace. A key point in being considerate is to make sure that the other party on the receiving end feels that we are being considerate toward them. This is because consideration takes place within interactions between people, and the primary purpose of being considerate is to think about the convenience of others. A one-sided consideration that doesn’t take into account what the other party wants may offend or even hurt the person. On the other hand, an appropriate level of consideration creates a mutually benefitting cycle that is virtuous, builds trust, strengthens solidarity in a community, and plays a vital role in helping a culture of peace take root. A place where we overcome selfishness and distrust to be considerate toward each other is, in itself, a world of peace.