Skip to content
Previous
Next
Published On: January 28th, 2022

Religious leaders and youth drew a peace mural at a temple located in Dongdaemun-gu, Seoul for nine days on 27 August to 4 September 2021. The religious leaders have been actively participating in various peace culture activities such as scripture comparison discussions through the HWPL WARP Offices and religious peace camps. 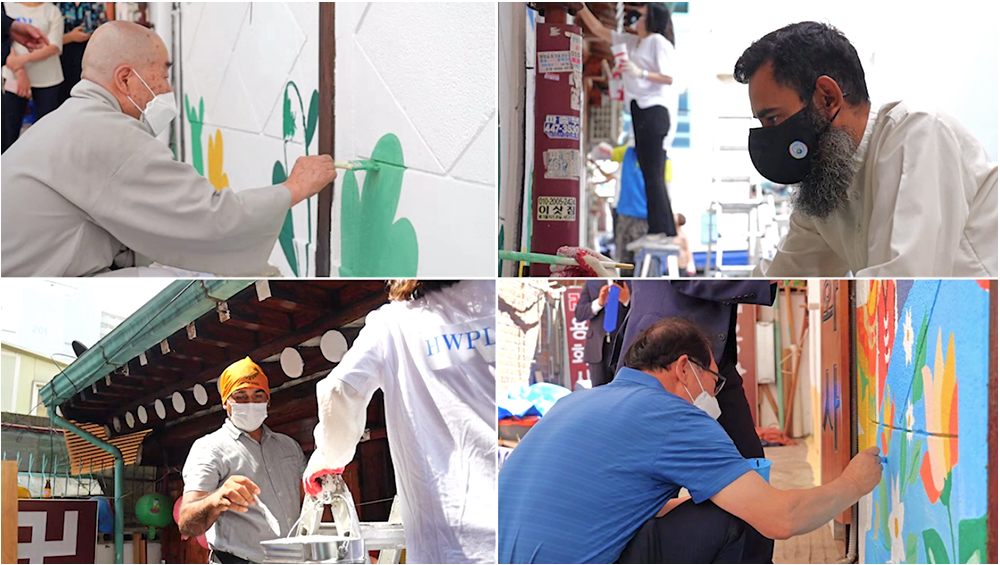 The peace mural activity was planned to raise awareness of the importance of peace to neighbors and communities and to establish a culture of peace. Leaders from various religions including Ven. Seonjin, abbot of SunGuk Temple; Mr. Jongun Kim, Sundosa of Cheondogyo; the manager of Pocheon mosque; and the manager of Sikhism in Korea came together to show their determination to transcend religion and achieve peace to leave as an inheritance to the future generations.

Mr. Jongun Kim, the Sundosa of Cheondogyo said that “There are different races, but we are all sons and daughters of Hanwoolnim. It is just the beginning, and I believe that heaven and nirvana will come to this earth if humanity realizes that we are all one family. Peace cannot be achieved with words alone. Peace will come when we change people’s hearts.”

MD Hafije, the manager of Pocheon mosque emphasized the importance of peace activities by stating, “If we do the work of peace together, people’s thoughts will change and the world will become a world without conflicts and wars.”

In addition, Ven. Seonjin, abbot of SunGuk Temple, showed his determination for peace by saying, “There would be nothing better than the world finding hope through us coming together joyfully to find the truth. I have already participated in this peace activity for several years, and I believe that people will come to understand the true value of this work as more time passes. I would like to ask you to make an effort to achieve world peace by participating in HWPL’s peace initiatives instead of losing courage and hope.” 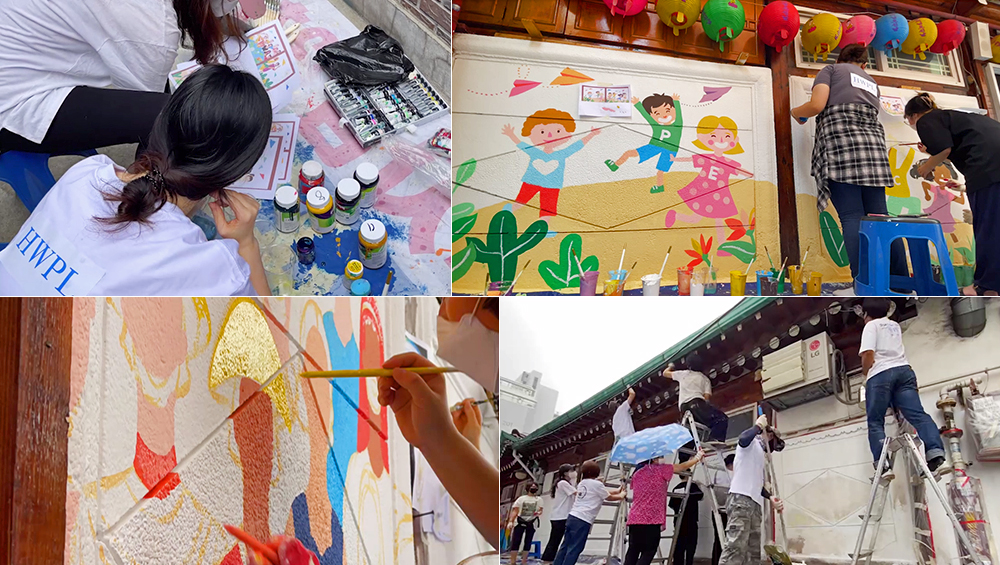 Yoo Yeong-ju, the Chief Director of Eastern Seoul and Gyeonggi branch began by saying “I am truly thankful that many religious leaders and our family members of peace who love peace came together as one to complete our first peace mural” and expressed his hope to expand peace initiatives to achieve peace together.

The peace mural drawing led to a religious peace camp hosted by members in Korea and abroad. Religious leaders overseas who were inspired by HWPL’s activities for peace despite the Covid-19 pandemic are working hard to conduct practical peace activities for communities and neighborhoods and establish a culture of peace, transcending religion.