Skip to content
Previous
Next
Published On: August 5th, 2019

Handwritten Peace Letter, delivered to the President of Kiribati and its ministers.

The emergence of weapons of mass destruction due to technological advancements and increasing complex international conflicts threaten human dignity and human rights. Therefore, HWPL announced the Declaration of Peace, Cessation of War (DPCW), suggesting ways to resolve disputes and signaling the need for binding legislation. Citizens around the world who are aware of the crisis have begun supporting the DPCW. Through the Peace Letter Campaign, citizens are urging the presidents, prime ministers, and political leaders of each nation to support the DPCW through specific actions for peace. 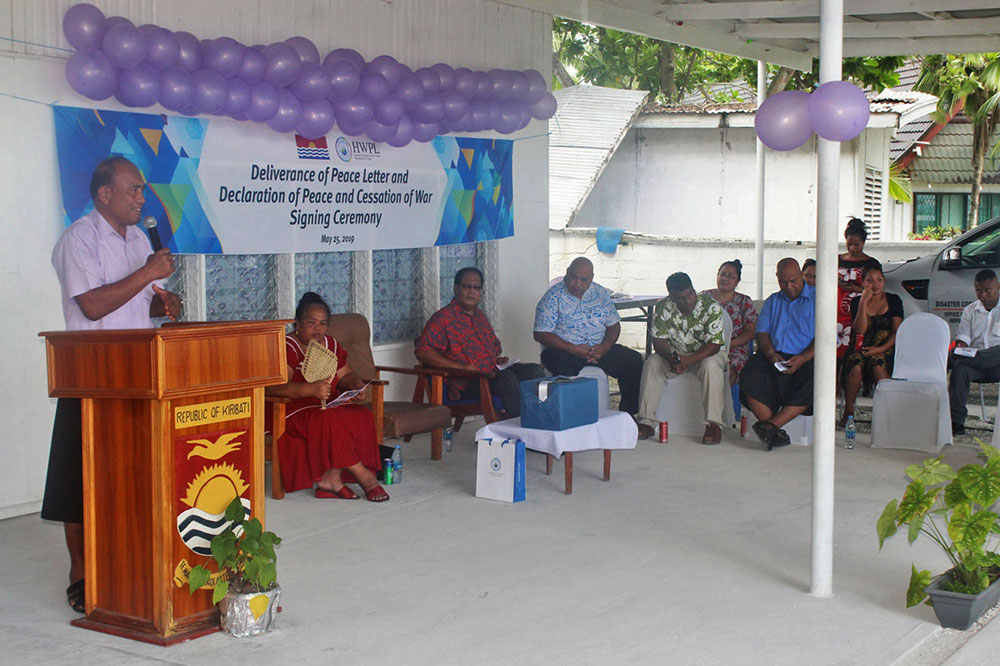 On June 22nd, Deliverance of Peace Letter and Declaration of Peace and Cessation of War event was held in the main entrance of the President’s office in Tarawa, Kiribati at 2:30 PM (Kiribati time). This event was prepared for the Honorable Tebuai Uuaai, the national speaker of Kiribati who was appointed as an advisory council member of HWPL during the Peace Summit in February, to keep his promise of delivering a handwritten peace letter to the Beretitenti of Kiribati, His Excellency Tanenti Maamau. 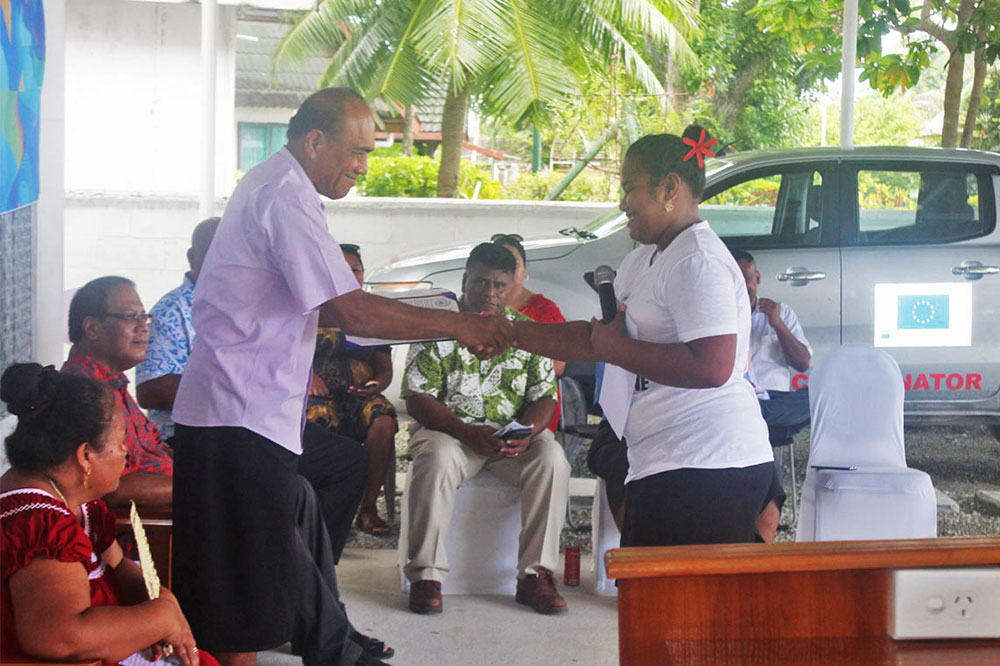 In order to celebrate the Deliverance of Peace Letters, it was not just the President who attended, but the Vice President, four Ministers, and other secretaries from different departments attended as well. Even motorcycle procession was made with over one hundred motorcycles from the parliament building to the president’s office. During the event, representatives of women’s youth group read the peace letter delivered by Kiribati citizens to the President of Kiribati and the women’s youth group.

President of Kiribati publicly supported the DPCW and the peace work of HWPL. Through his speech he stated, “Main goal for HWPL and its branch in Kiribati is currently aligned with the government’s vision for the next 20 years targeting Kiribati to be happy and peaceful home to all its people.” 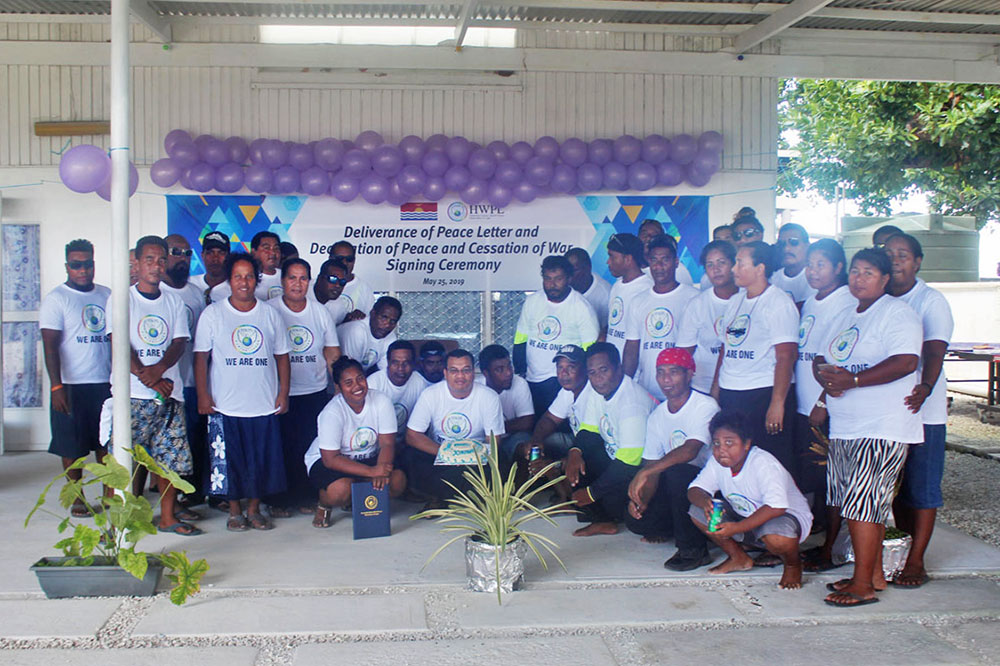 Honorable Tekeeua Tarantino, member of Parliament for Tamana Island, and Mr. Tabotabo Auutabu, an officer for the Ministry of Women, Youth, and Social Affairs, formed a team together to have this event be a success. In order to continue doing diverse peace work, the team has registered as an official HWPL Kiribati branch.