Skip to content
Previous
Next
Published On: November 25th, 2020

HWPL Members Practicing Love, Peace, and Freedom for the End of COVID-19

4,000 HWPL Members Participated in the Third Plasma Drive for the Development of COVID-19 Treatment
An Online Prayer Meeting for Religious People Around the World to End COVID-19

The world is facing a serious crisis with 500,000 confirmed cases and 8,000 deaths a day due to COVID-19. In such a situation, a total of 4,000 HWPL members, as well as the congregation members of Shincheonji Church of Jesus, have decided to organize a third plasma drive which will take place from November 16 to December 11 at Daegu Athletics Center over about three weeks. This drive was organized at the request of the Korea Disease Control and Prevention Agency, and with the earnest desire of HWPL members for the speedy development of an effective COVID-19 treatment. 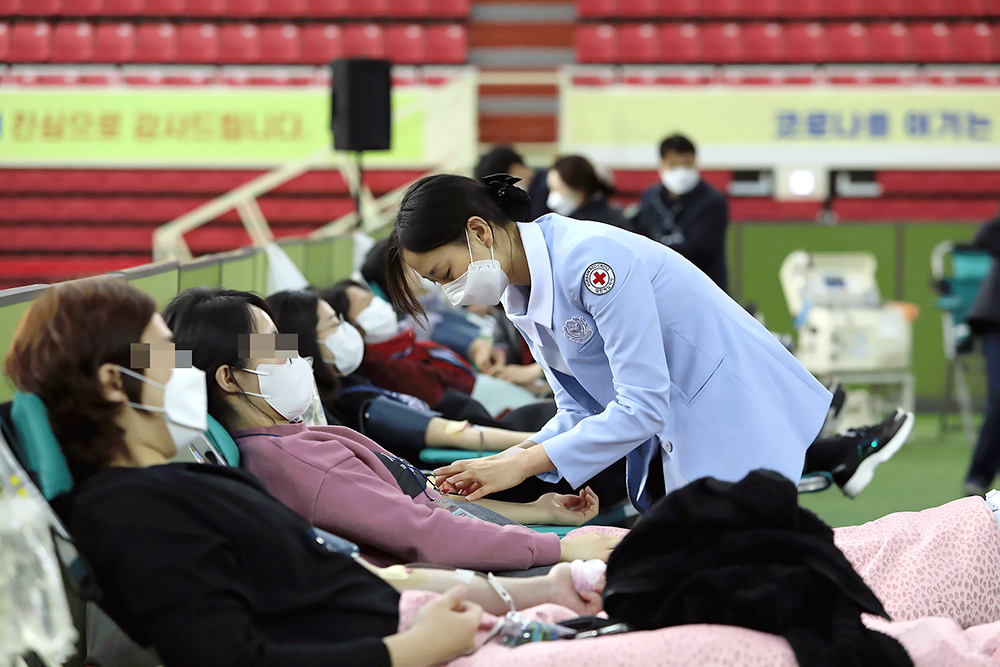 About 1,700 members volunteered to participate in the first and second rounds of donations in July and September. Among them, 312 members donated twice, and some members even donated three times. Ms. Song who has participated in all three rounds of donations said in an interview, “I had migraine headaches and nausea after the second round of plasma donation, but I am grateful that I am qualified to participate in the plasma drive again this time. I participated with a grateful heart that I can be of help when many countries are suffering due to COVID-19.”

Regarding the plasma donation drive, Rt. Hon. Hrant Bagratyan, the former Prime Minister of Armenia, sent his message, “the action of those who decided to donate plasma at the request of the government deserves praise. If a vaccine is developed through plasma donation, it would be helpful worldwide.”

The donated plasma is used as a plasma treatment, and the development of the treatment for COVID-19 requires a number of plasma donations from those who are fully recovered from the virus. However, most of them are reluctant to donate their blood plasma because they are already too exhausted from their long treatment, and have even suffered psychological damage. Also, plasma donation itself is not an easy process. It takes about three to four hours per person from going through the examination to getting plasma donation done. There may also be aftereffects following participation.

Since September, there have been only 23 blood plasma donors in Korea for a month, making it difficult to meet the demand on the blood supply. In such difficult situation, this large-scale plasma drive was organized, and Mr. Kwon Jun-wook, the deputy director of the Korea Disease Control Agency, visited the place and expressed his gratitude. He said that the Korea Disease Control and Prevention Agency will speed up the development of the treatment within the year so that such efforts won’t go in vain.

Prior to this, a Korean-based religious organization called Shincheonji Church of Jesus, the Temple of the Tabernacle of the Testimony (hereinafter referred to as Shincheonji Church) hosted an online prayer meeting, “3rd Global Prayer Service of Religious People” on November 15th.

Broadcast live on the official YouTube channel of Shincheonji Church, the prayer meeting was organized to pray for not only the patients and their families in sufferings but also the government, medical staff, and volunteers fighting to overcome COVID-19. Along with 200,000 domestic and foreign members of Shincheonji Church, about 56,000 people around the world wishing to defeat this pandemic joined the prayer meeting at the same time. 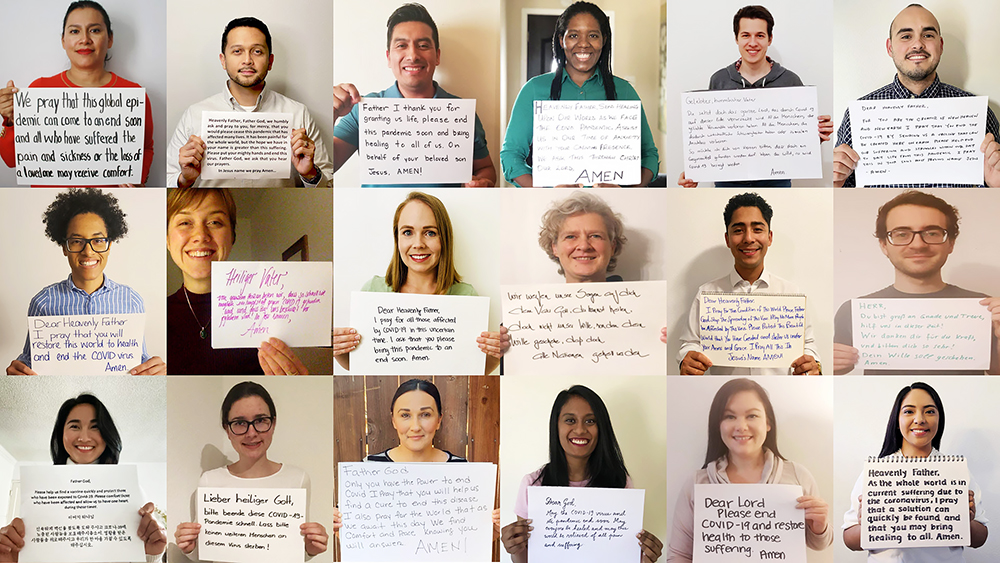 Religious leaders from all over the world added their aspirations for the end of COVID-19 in the online prayer meeting. Their words carried weight and sincerity as they have continued to work with Chairman Man Hee Lee, a representative of HWPL and Shincheonji Church.

Chairman Lee, as a war veteran, has practiced peace activities based on the love for humanity toward many victims of war, and the words of Jesus, “glory in heaven and peace on earth,” as a believer. He suggested an online prayer meeting because “as the world is suffering from COVID-19, religious people around the world need to pray together to end this disaster.”

“Too many people are suffering from COVID-19. In particular, many people became infected in our church in February. Both the church members and citizens suffered a lot. We must actively step forward and pray to God for the extinction of COVID-19 in the globe and for the nation and the people,” he said.

352 religious leaders from Buddhism, Sikhism, Islam, and Hinduism, representing 73 countries, participated in the prayer meeting – with one heart transcending religions and denominations. They shared the need of overcoming the crisis by taking the lead in resolving a disaster as religious leaders.

Dr. Anak Agung Diatmika, Secretary for International Relationship of PHDI Jakarta, said, “Genuinely from the inner most of our heart, consider as we are one. We should continue our prayer till the end of the COVID-19 pandemic from the earth and continue our synergy among world religious leaders to keep the world peace, harmony, justice, and prosperity. I am so happy I can join this, that truly brings world peace and harmony.”