Skip to content
Previous
Next
Published On: April 9th, 2017

International Youth Discuss the Role of Religion for Peacebuilding 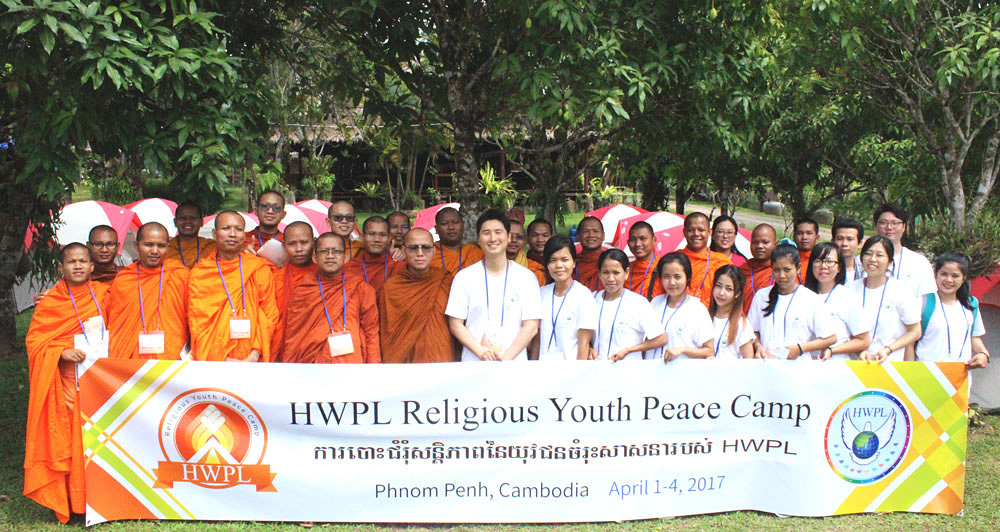 Phnom Penh – In the contemporary conflicts threatening the future of humanity as a result of wars declared in the name of religion, an event in an effort of peacebuilding organized by Buddhist representatives in Cambodia and an international NGO for youth from different religious backgrounds was held to commit to building a network of cooperation by youth for peace.

HWPL Religious Youth Peace Camp was co-hosted by HWPL and a group of Buddhist monks from April 1st to 4th in Phnom Penh, Cambodia. More than 40 international youth from Australia, Cambodia, South Korea, Sri Lanka, and the United States discussed causes and resolutions of religious conflicts.

As a main organizer of the camp, Ven. Oeun Sam Art, Secretariat of Supreme Sangha Council / Head Office of Protocol and International Relation, explained the objective by saying,

“In order to build peace, it is important to bring the peace message to all people all over the world for understanding. When people understand and accept different faiths, it will ultimately help build peace and happiness.”

The peace camp is internationally organized owing to his dedication to vision in education. As president of Life Library Foundation, his social activism focuses on enhancing young people’s access to education.

By visiting Wat Ounalom and Al-Serkal Mosque as the two representative places of Buddhism and Islam in Phnom Penh, participants had an opportunity to exchange ideas on sources of faiths in each religion.

Tarence Song, one of organizers of the camp, remarked,

“Opening this religious peace camp for youth was only possible because there was a profound partnership between Buddhism and Islam in Cambodia. Difficulties existed when religious practices must be respected and the mosque as a venue for the camp can be used at the same time. It was the result of a long, trust-based communication in the principle of co-existence and tremendous efforts by the Cambodian organizers.” 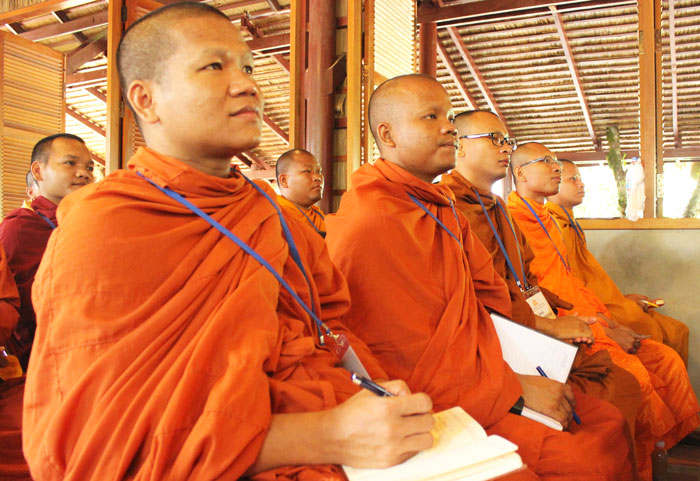 The term ‘religion’ and ‘peace’ attracted more participants in the middle of the camp. An Rosman from Student Development Institute, Phnom Penh, came to participate in the camp while he visited the mosque for prayer and found the special event.

In the camp he pointed out the importance of the role of leaders in inter-religious communication. “Both religious and secular leaders have to prepare a forum like this so people can join in and learn from each other”, he said.

Ven. Penh Vibol, lecturer of Paññāsāstra University of Cambodia, emphasized the necessity of an institution for inter-faith dialogues by religious leaders in Cambodia.

“We have the same goal – peace. We should have a forum. Only the matter is how to bring people together to share the common purpose. I am highly supportive about the idea”, he said.

Based on the principle of peace designated by the Charter of the United Nations and international instruments, the Declaration of Peace and Cessation of War (DPCW) drafted by HWPL addresses international cooperation for peacebuilding through settling disputes by international legal foundation, safeguarding ethnic/religious identity, and spreading a culture of peace.

In the area of religion, HWPL offers a new approach to inter-religious communication. World Alliance of Religions’ Peace (WARP) offices in 120 countries are the venue for studying scriptures from different religions to discuss the spiritual values necessary for humanity to build a peaceful world. 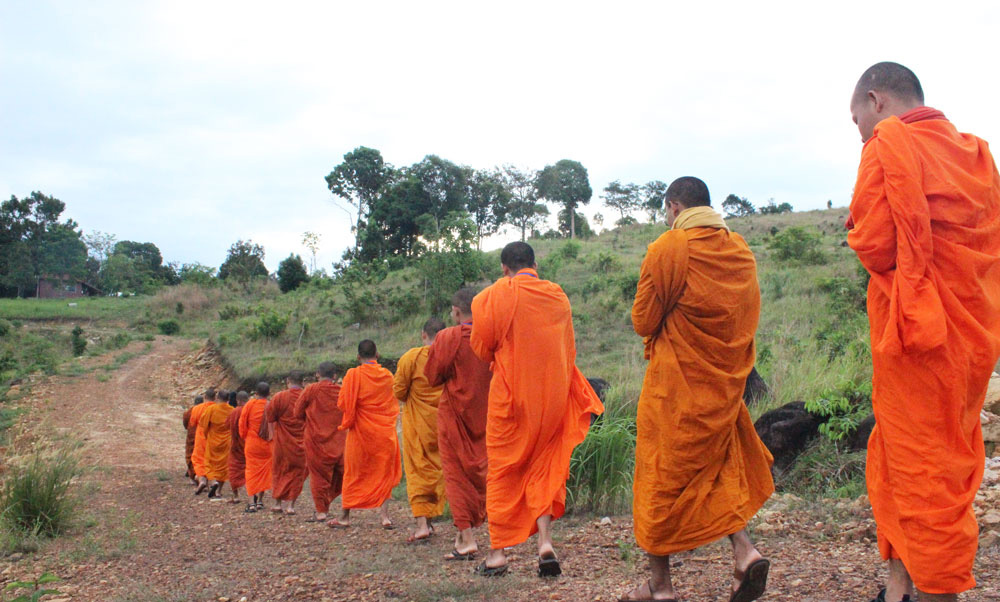