The Need for More Youth Education 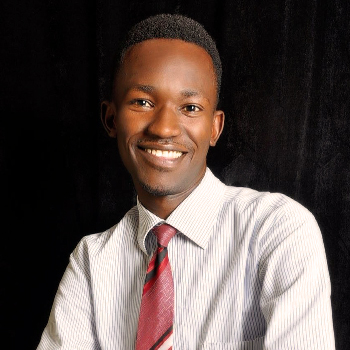 Emmanuel Anur Towongo is the founder and executive director of Youth Pillars’ Initiative South Sudan – an organization. The organization provides education programs for the youth, including farming and peace education for refugees and students, as it works to develop its community.

You experienced both the independence of South Sudan in 2011 and the civil war that began in 2013. Could you tell me your story during the civil war?
As a youth in South Sudan, and as a young country, many young people have been going through difficult times, particularly during the war. Because South Sudan, the youth consist of 70%. So, most of those young people, they were in their front lines. They have been used by the elites to fight for their own interest. So, in that case, many young people lost their lives. And some of us were victimized because of other affiliation. Because if you don’t get affiliated to other political party, you become a victim. I remember how we struggled to make ourselves familiar in the town to make sure we survive to see the next day. Because if the moment you are not seen for about two days in town, people perceive you have been to the rebel site. So, this is the most painful part that really creates a lot of negative feelings on young people. Because they have been victimized because of the affiliation. And some of them are being killed in cold blood.

What do you think about the value and necessity of informal education in South Sudan?
The perspective of formal education and informal education, they have been going hand in hand. But however, as much as informal education plays a critical role in bringing up young people, there is limited access to formal education. This is experience by the years of conflict that has resulted to vandalization of educational facilities and lack of access to educational programs, particularly resources. Young people don’t have access to resources like the libraries and those mentorship programs. So, it is one of the key factors that have continued to fuel conflict in South Sudan. Because many young people end up dropping out of school at very early age and such people, they become so vulnerable. And they can easily be manipulated by the elites, so that provides very good ground for conflict to thrive. Because if someone is not educated to that level, that person will easily value the tangible result of that decision that he is going to take. He doesn’t look at the developmental aspect or strategically look at the concept. So, I look at the majority of young people who have been in the frontline, most of them are uneducated. And as such, it is very easy for them to be used by other personalities particularly the elites at the top level. And this has continued to fuel conflicts in different parts of the country.

But however, it is very important that programs like these are coming out and campaigns taking place right now like what you people are doing, IPYG. It is creating a lot of impact. But there are still more needs. Because right now, most of the schools are not accessible and others are vandalized, they are burnt down. They are actually in the bushes. There is no access to those facilities. So, this one calls for more innovative way of educating young people so that they can be more resourceful. 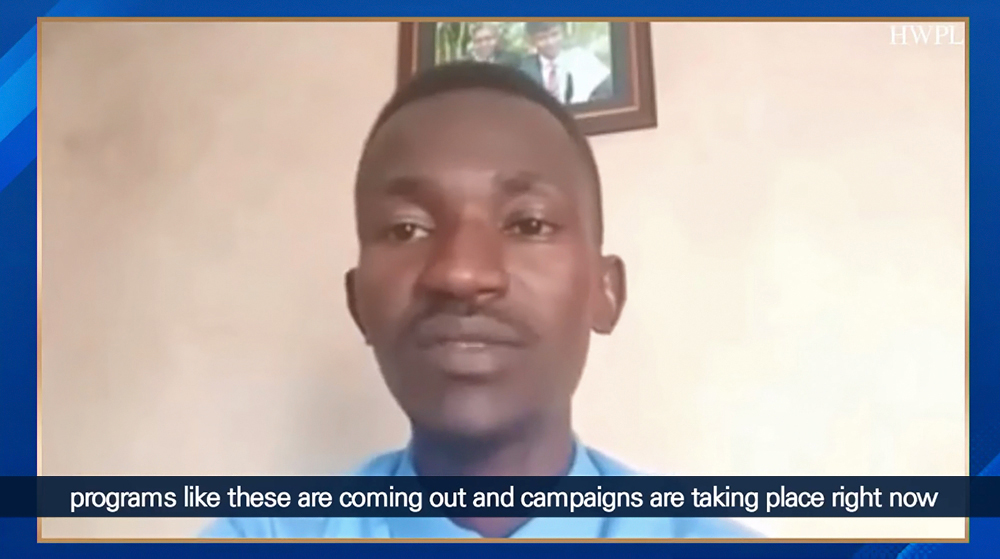 What are the advantages of the YEPW?
I am grateful that I am a part of IPYG network and in regards to the Youth Empowerment Peace Workshop. I really learned a lot from the workshop as a participant this time. And one of the key aspects I captured from the workshop from the program is the connective, the broad network that IPYG created to make sure young people get into one platform to discuss issues that are very relevant according to their different contexts and different countries.

I learned a lot. It was my first time to connect with people from Zambia and people from Guinea. Though I have some friends from Guinea, but it was one of the most important things because I was able to know the challenges that people face from Guinea and Zambia. And also I compared with the challenges that are facing us, the youth in South Sudan. So, it’s one of the greatest advantages that the program has ever imparted in me.

And another thing is it was good learning from different cultural backgrounds. Like we Africans, we have different cultures, backgrounds and values. So, some of the challenges are facing other young people in other countries. I came to realize there are more related to our challenges here, particularly challenges of governments and environment. So, they are more related. So that one had consolidated our challenges into one perspective so how we are, we are ever to think in a unified manner. It is one of the good programs that I really enjoyed.

What activities would you like to carry out with IPYG for peace and education in South Sudan?
I planned several activities, but one key activity I will be putting as a priority is a plan to conduct an inter-school peace debate among students. This is very good component of bringing young people together to have a constructive dialogue so that they can accept their opinions. They can discuss and also have a constructive criticism among themselves. And this one will encourage a spirit of coexistence among young people.

Another aspect is that communication is very powerful. When communicated in the right way and formal to the right recipients, we can change the whole world through good messages, positive messages. And this is why we want to cultivate that spirit of correctness in communication in young people so that they can pass messages that cannot trigger a conflict in their communities even in their family levels.

Another thing is that the debates are very important because it builds up the capacity of the young people in leadership skills. Because when people discuss and they criticize themselves in constructive manner, this is the way of grooming leaders who will be accountable to their people, to their citizens. And that’s why having accountable leaders is very important factor of peace. Because when leaders are accountable to their people, there is peace. And peace will be translated into development. So, the best thing is that we have to start grooming young people who will be able to have very good leadership potential and that can encourage also communication and listening throughout their lives. These are some of the few things that I look at as very important in one component of the interschool peace debate.