The Track, where the Victorious Marathon for Peace Takes Place 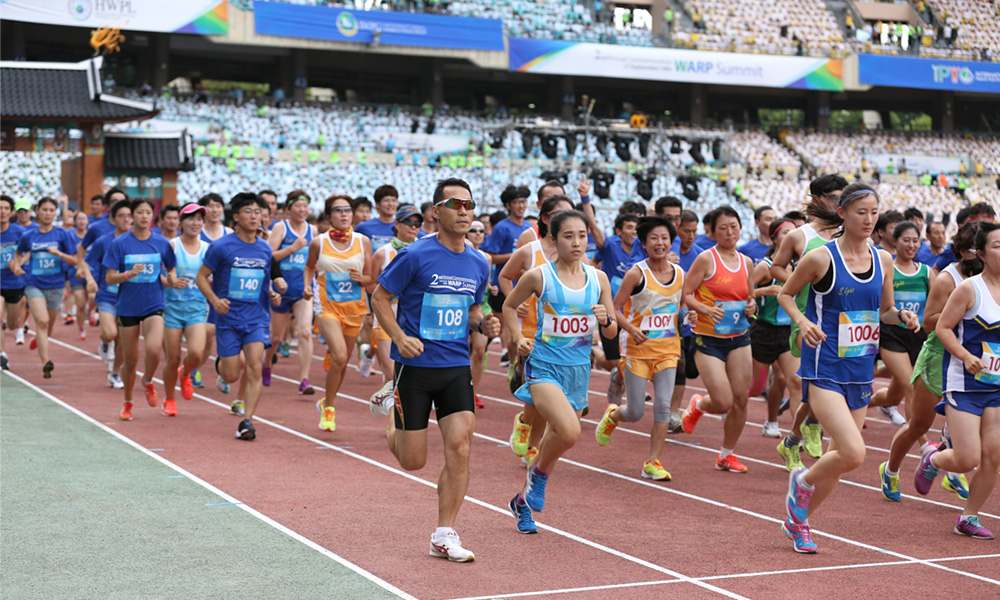 In ancient Greece, the Olympics were a peace festival that occurred every 4 years. Greeks announced the arrival of a new era based on the Olympics. During the Olympic season, people prioritized the safety of citizens and worked on spreading the spirit of peace throughout the entire region of Greece.

Those who achieved outstanding results in the Olympic Games were rewarded by having their names inscribed in the history of that glorious Olympiad, which was to be remembered by their descendants for generations to come. 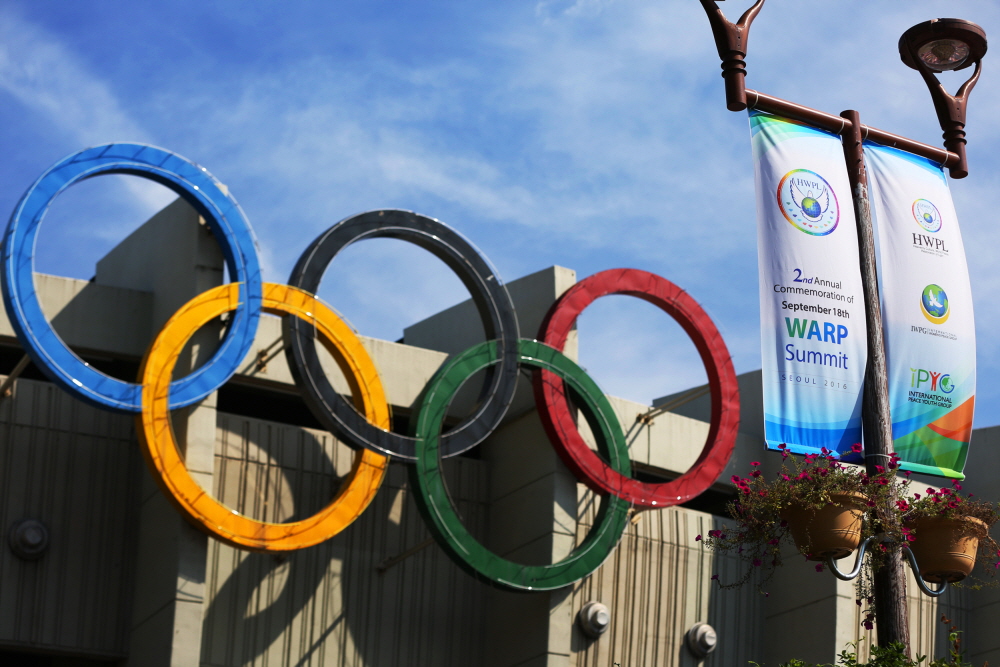 During the Peace Festival for the 2nd Annual Commemoration of WARP Summit, Track and Field events, as well as the Peace Marathon, were held as “the festival commemorating putting an end to wars and ushering in the beginning of peace” Highly energized and inspired by the grand card stunt, cultural parades, and performances witnessed just prior to the event, the Track and Field players dedicated all of their efforts, along with the spirit of peace, into the game. 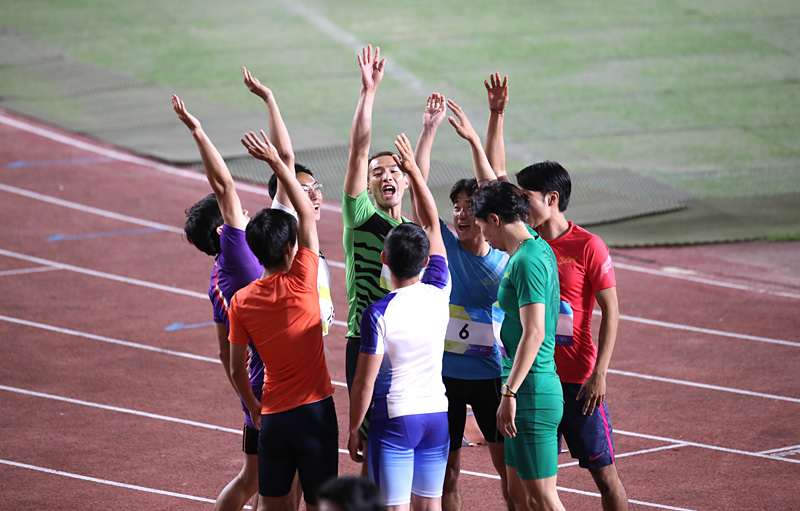 “I believe I had to overcome the limit that I had set for myself. I wanted to show that nothing is impossible. We focused on our strengths rather than weaknesses and did not even imagine making a mistake. Because of the physical disadvantages we had compared to the competing teams, we strategized our runs, even to the point of meticulously selecting the order of best runners. To overcome any limiting physical capability or technique, we worked solely on baton passing for 6 months to shorten even the fractions of seconds. In the end, our team passed the finish line as the first place.”

“When athletes run the marathon, they are grouped by their records. We adopt this system for the efficiency of the race overall. When an athlete runs for over 2 or even 3 hours, he starts to lose his will to fight and continue the race. Right at that moment, the athlete begins to feel the breath of the running athletes around him and can almost hear the voice, “Yes, I can do it”. When he is going through that moment of despair, he vividly recalls the faces of the many people who have kindly helped him out in the past. Then I realized, they were running with me all along.” 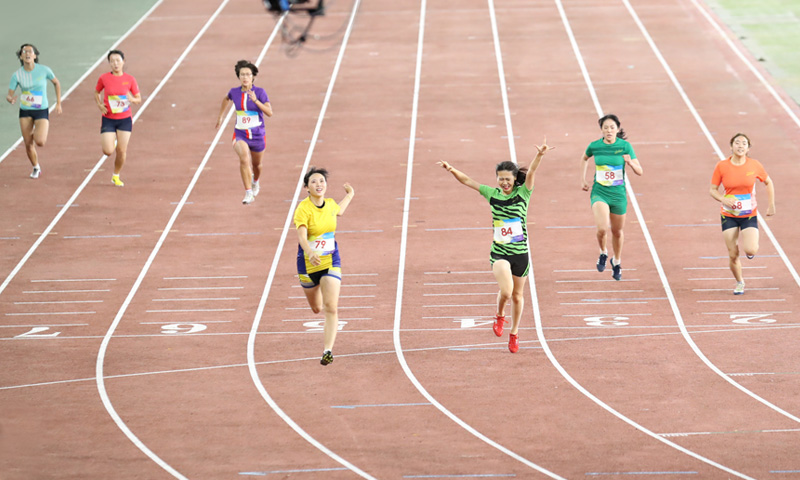 It’s almost the last day of the 2nd Annual Commemoration of the September 18th WARP Summit. The Peace Marathon has awakened within the participants the need for dedicating our efforts as individuals and states towards putting an end to wars and leaving a legacy of long lasting peace to future generations.

Inside the track, action plans for all figures from civil societies, government personnel, religious leaders, youth, women and media are taking shape while inflaming the passions and hearts for peace needed to take it to the next step.