Skip to content
Previous
Next
Published On: April 18th, 2017

Why I Participate in the Work of Peace: Insider’s Story of the 1st Annual Commemoration of the DPCW

South Korea – The 1st Annual Commemoration of the DPCW on March 14, 2017 at the Coex Grand Ballroom, Seoul, South Korea reminded participants of becoming one in heart to promote peace, which is the cherished duty of all global citizens living in this era.

Inspired by the principles of the DPCW, the keynote speeches highlighted the role of religion in promoting peace and that it should be forbidden for justifying or aggravating violence against humanity by individuals or governments. Speakers also called on States to positively build upon the efforts of bringing an end to all armed conflicts.

When asked about the significance of the event, Favour Anyacho, a 23 year-old youth from Nigeria said, “the event really can portray everything that can bring solution to the conflict.” He has come from Nigeria, where he faced direct confrontations and war that are currently devastating the country. He summarizes the ongoing war in his country as “the war that is mostly caused by religion, the Islam and Christian part.”

There are more common threads than differences which connect these HWPL members together in joining in the work of peace. Marc Liborius, a 40 year-old gentleman from Germany, also works diligently for peace with HWPL. His indirect experience with war comes from watching the news and listening to his grandfather’s stories of World War II.

Though he always had in his mind a desire for peace, he says it remained merely as an intangible wish until he saw that “through this movement [by HWPL], all these different people from different cultures come together to work for peace.” He encourages all family members of peace that are reading this news to “put all our efforts together and all our strength and abilities from all the different countries and backgrounds we can certainly do this and leave a true legacy of peace for future generations.” 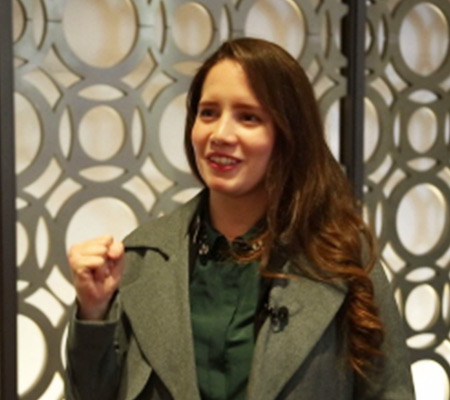 Karoll Becerra is a 25 year-old student from Colombia studying in the Republic of Korea. She was deeply moved to hear the speeches because it made her think about her country,

“Where there is guerilla warfare and there are many conflicts and corruptions”.From the bottom of her heart, she poured out her wish “to put this message to my country as well, because I really want Colombians to change their minds and change their hearts as well so there can be peace and union in the country.”

The conference also left many other participants with profound take-home messages. 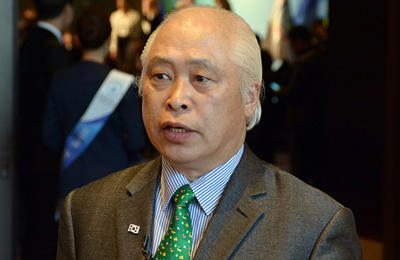 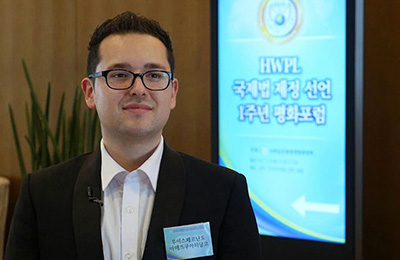 Mr. Luis Amezcua
22 / Mexico
“I didn’t know when I was in Mexico, but now I’m glad to be here. This is definitely something I really want to look up to. At first, I wasn’t really convinced but this quality and essence is extraordinary.” 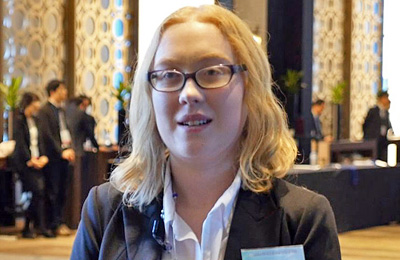 “Today’s event was really magnificent…. speeches were amazing. And it was amazing to see all the people gathered here. He (Chairman Lee) said even that it is not an easy road (to peace), but he still takes it, because otherwise no one else will.

It is possible to make a difference: even just one person. You can still do something if you go out there. You can just do little things every day to work towards peace, and if everyone does that, the big difference will be made.” 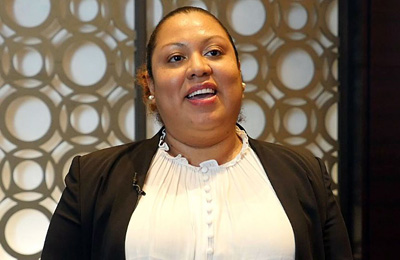 “I came last year so I was able to see all the progress has been made in just one short year, so I am really excited about what will happen in 2017 with the DPCW. I think the DPCW is a groundbreaking law. Like Chairman Lee said, ‘when you do it, you can do it.’ If we really do the work for world peace, it can happen.”