Skip to content
Previous
Next
Published On: May 24th, 2016 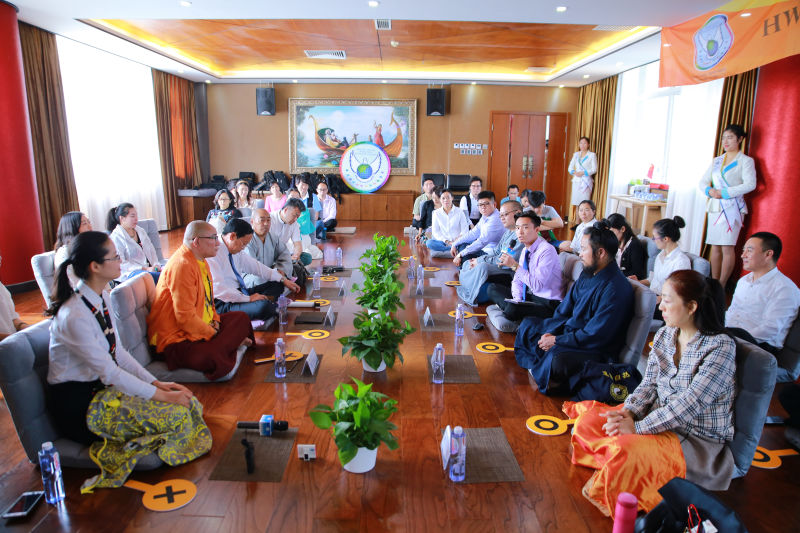 On 21 May 2016, the 13th HWPL China Beijing WARP Office meeting was held in Beijing on the topic ‘End Times.’ WARP Offices are actively being run in 29 cities in China. 21 May is also a ‘Day of Love’ in China since the pronunciation of the date is ‘wǒ ài nǐ’, meaning ‘I love you’ in Chinese. On the ‘Day of Love’ religious leaders and the religious believers from Christianity, Buddhism and Taoism, participated in the WARP Office to give peace as a gift through their hearts. 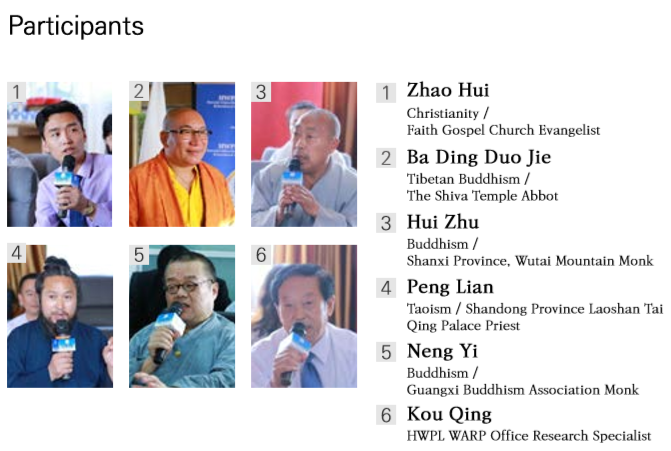 Q. Is There Record of the End Times in Your Scripture?

There is a record about the end times in Matthew 24 in the Bible. It says that nation will rise against nation, and kingdom against kingdom. And there will be famines and earthquakes in various places, and people will be tempted and led astray to death. Also the sun, moon and stars will be darkened and will fall from the sky, and it has been promised that the time of salvation comes at the time when Jesus comes again.

In the scripture of Taoism, it says that the era of the end times comes because the people in society violate the law of the heavens. We have to make an effort to reach enlightenment in order to repay back our grace to the heavens. In other words, we have to practice good deed.

The end of the world is the end of days. There is nothing that does not change forever. Only souls are everlasting. If you do not attain Buddhahood, the end times may be forever close or forever far. Today, we are in the The Former Day of the Law, also known as the Age of the Right Dharma, and can see the signs of The Latter Day of the Law.

For example, people do not wear the clothes of monk, wear clothes of people who do not believe in Buddhism, receive money in temples, but do not respect monks, which are all signs of The Latter Day of the Law. Also, families cannot be in harmony, society has no standard, war breaks out, sickness outbreaks and other situations that could not be seen before occur. These are also signs of the end times.

Q. Is the Literal Destruction of the Earth, Darkening of  the Sun, Moon and Stars and War Signs of the End Times? Or Is There Different Meanings?

Qiu Chuji, the leader of Quán Zhēn Pài (Complete Reality School) in the age of war, is the Buddha. He too fulfilled peace. We believe that there is the end times. However, the end time does not apply to those living an ascetic life. As enlightenment is everlasting, also is humanity. It can exist continuously.

Within the Nirvana Sutra, there is record about a strong wind that blows for 33 days and every creature rarely survives. After that, water and fire erupt and only those who have walked the path of Buddhahood can avoid it. Furthermore, people who have already gone to heaven can also avoid it. The sun, moon and stars are not the signs of nature, but the signs of humans.

People accept bribes, which they have not before, tear down their morals and there is no standard. If we do not learn religion, the world will turn darker day by day. The end of nature is a secondary issue. What is truly important is the signs of the heart

Q. Is the Record About the End Times Written to Notify Destruction or to Notify Salvation?

Not a single word in the Bible is invalid and every word is fulfilled. Since God has made oaths in many parts of the Bible and recorded that He will certainly fulfill, everything in the Bible will become a reality in this world. Destruction, a day of judgment, will also surely come. However, the destruction of mankind is not the objective of God.

Whatever scripture it may be, if it only has destruction there will be no reason of telling it. Destruction is mentioned because there is salvation at the moment of destruction, and judgment can be avoided. And since it is recorded that those who receive salvation will be with God without death, mourning, crying, or pain, the purpose is clearly to save people.

2300 years ago, Padmasambhava, also known as Guru Rinpoche, delivered many scriptures. There are also prophecies about peace and the end times. They can be fulfilled if you seek the truth and put yourself into action. Peace is possible when you first fulfill peace in your heart. In Tibetan Buddhism, a world of peace is a beautiful paradise (the Pure Land).

Buddha has the eyes of the heavens. Buddhism is not for the destruction nor a perfect salvation. That is somewhat objective. If you reach a certain boundary, there is a plain reality. If all merits and achievements develop to the direction of evil, the end of the world will come much earlier.

On the other hand, if they develop to a good direction, the end of the world will be slowed down. Though I talk about the grace of Buddha and the grace of the heaven and earth, Buddhism does not tell salvation. Buddhism says that it is you who seek on one’s own accord. Therefore, it is not someone else that saves another, but one must know how their own mercy of Buddha works.

Many of the people who do not have faith in a particular religion, get to know about the things that happen at the ‘end times’ through movies. In 2012, there were rumors about the end of humanity, which came as a horror to some people. However, the end of humanity did not come and we have continued to maintain our lives under the sky. Today’s WARP Office meeting changed the perception of the end times.

We were able to find out that the end times is not the end of the world, but a phrase that identifies social conditions falling from the norm due to the corruption of moral and order. Something new is the fact that the fall of the sun, moon and stars, which we commonly know of, has spiritual meanings in the Bible. We no longer have to be bewildered by unconfirmed rumors about the ‘end times.’

Until the day the truth is found, we cheer on the religious leaders participating in the WARP Offices!