Skip to content
Previous
Next
Published On: September 19th, 2016 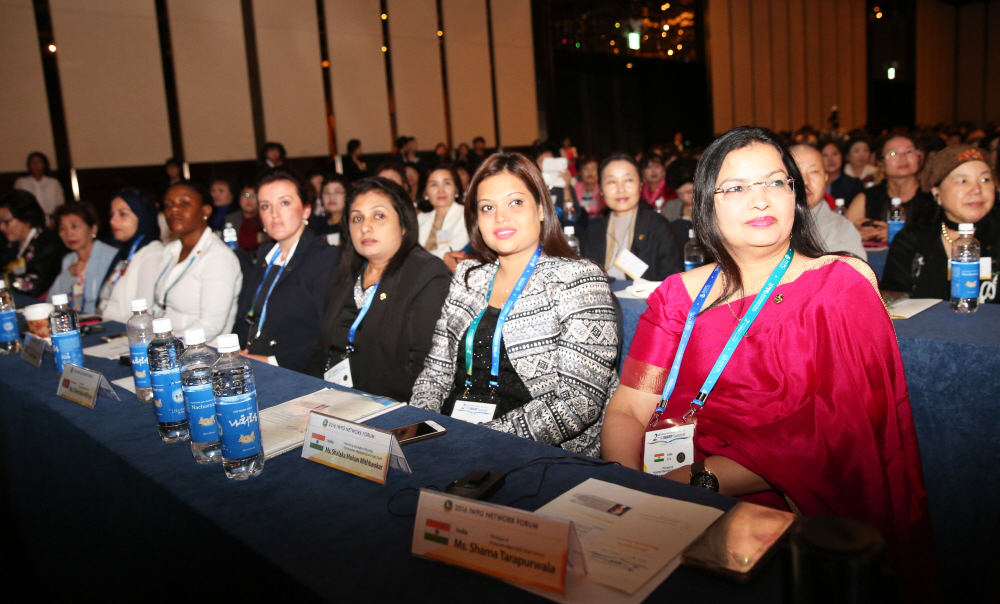 The 2016 IWPG Network Forum was held under the theme of The Role of 3.6 Billion Women in Realizing Peace and Cessation of War. The forum was joined by approximately 1,000 female leaders from home and abroad including Teiraeng Maamau, First Lady of Kiribati; Awut Deng Acuil, the Minister of Gender, Child and Social Welfare of the Republic of South Sudan; and Anna Cervenakova, a human rights attorney from the Czech Republic.

Currently, there is a growing sense of urgency in the international community for solutions to the acts of terror in numbers of locations around the globe and a series of missile testing carried out by North Korea. Amidst the global situation, the Forum convened female leaders from various countries who urged for the implementation of international law for peace and cessation of war and for the reunification of the Korean Peninsula.

At the end of the Forum, 109 new members from 16 countries were appointed to the IWPG Peace Committee. The Committee is set to promote IWPG peace works in respective countries and campaign with women in their respective communities 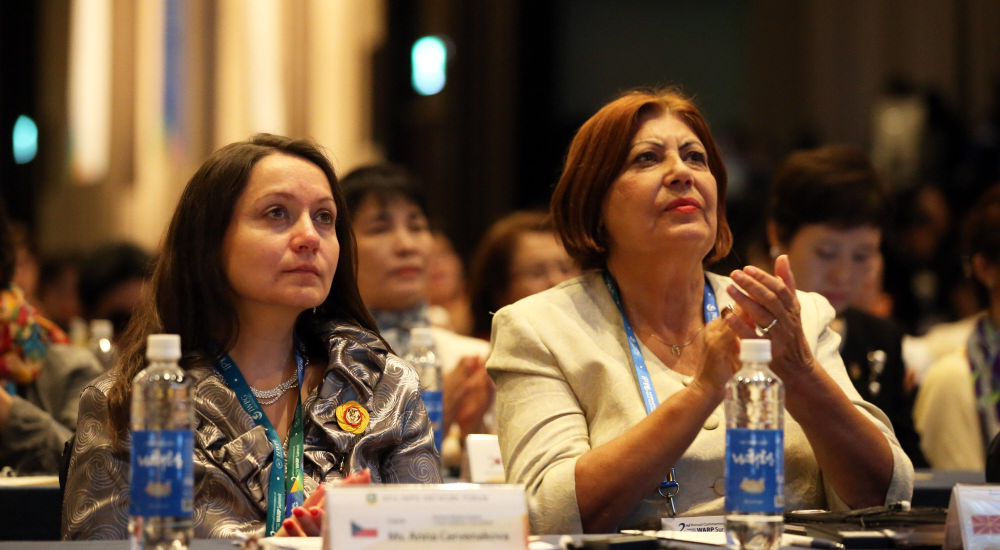 Presentations: The Role of Female Leaders in Achieving Peace and the Cessation of War 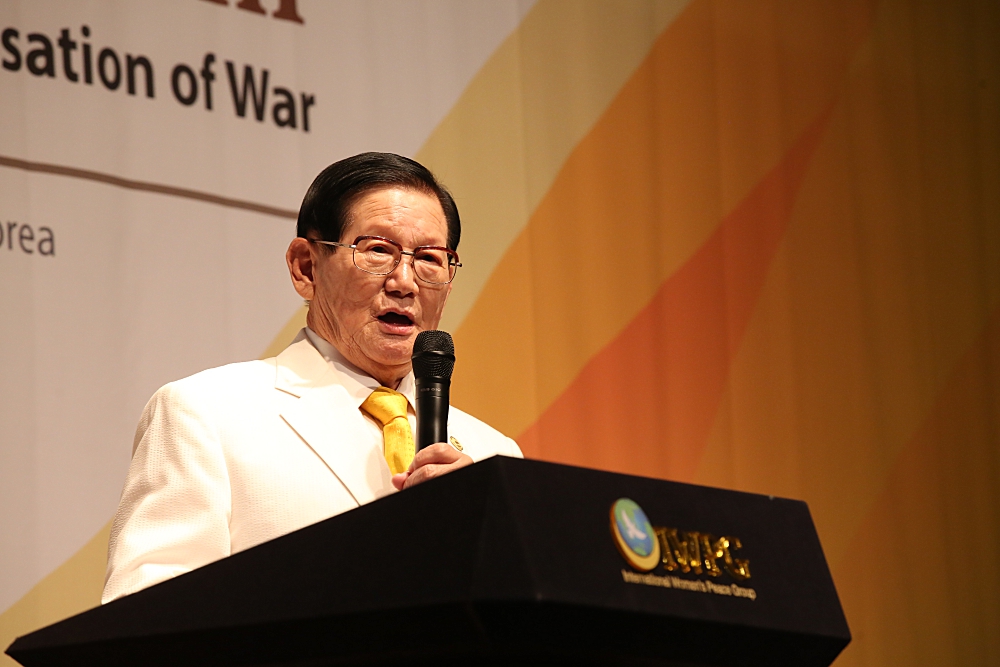 “All of the women here must become the key to peace that opens the hearts of 3.6 billions of women. The responsibility of women is to protect our globe and our children and, most importantly, leave the legacy of peace for them.” 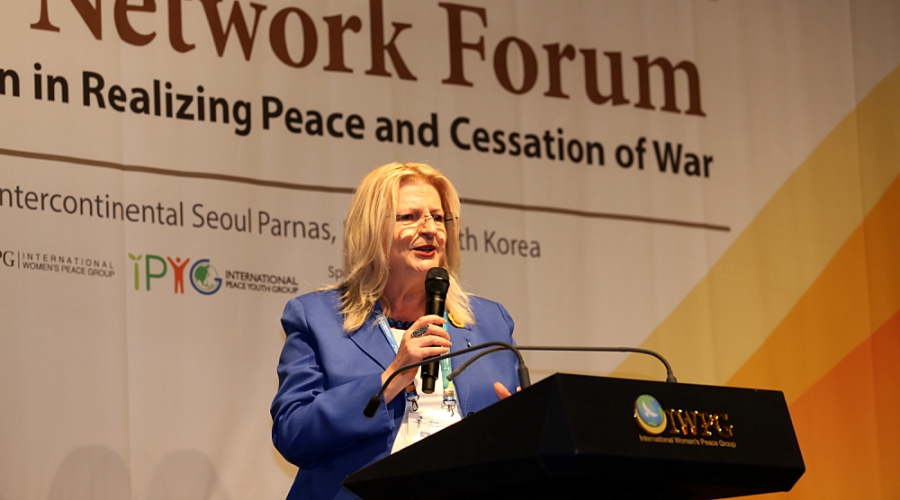 Edita Tahiri / Minister for Dialogue of the Government of Kosovo

“We want to close the history of wars and open the history of peace in all world. This is what [the DPCW] aims for, realizing peace and cessation of wars in the world, hence we should support.” 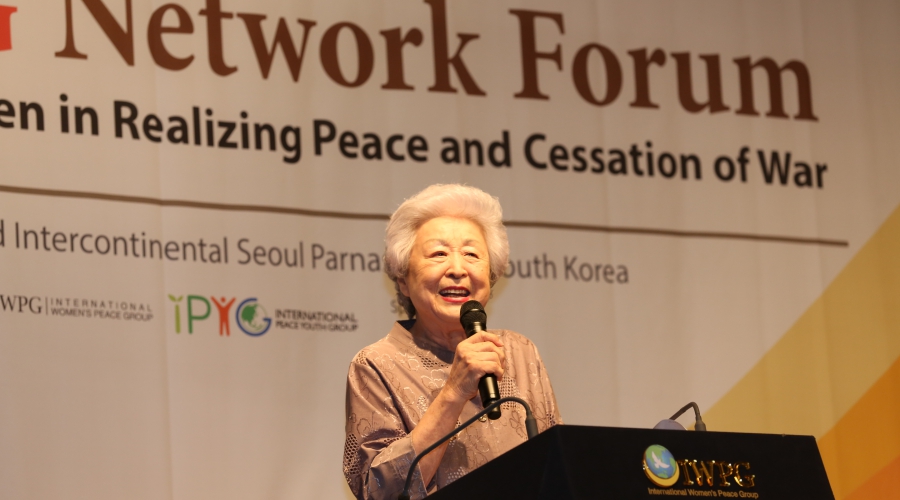 “The reunification of Korea, the only divided nation in the world, is the key challenge to world peace. When the Declaration of Peace and Cessation of War is adopted by the UN and made an international legal instrument, mankind will be closer to realizing the dream of ending wars and achieving global peace.” 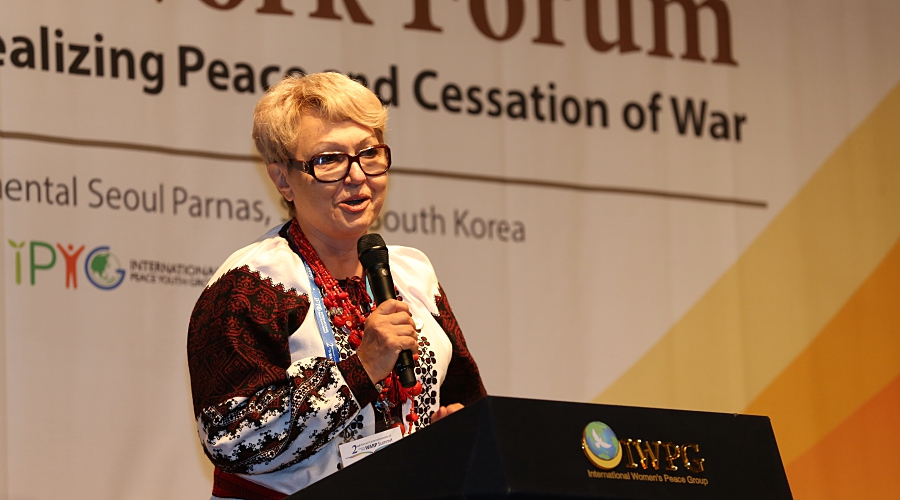 “We have to remember the great goals that people around the world are pursuing, such as: justice, respect for each other, state sovereignty, … education, religious freedom. These principles and goals are enshrined in the Declaration of Peace and Cessation of War. These are the provisions we need to introduce…[to] every country.” 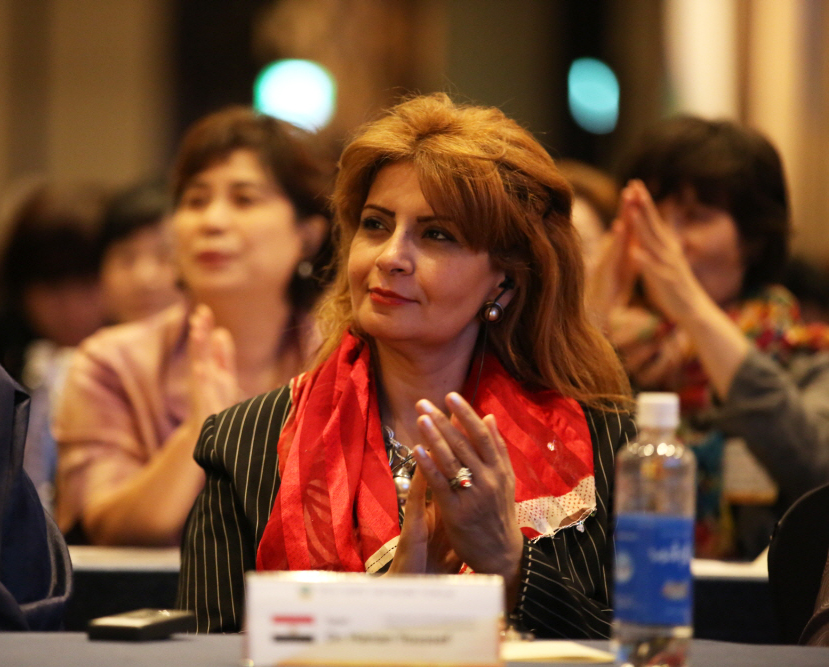