The official Press Conference for the 2018 HWPL World Peace Summit was held in conjunction with the 4th Anniversary of the WARP Summit on September 17th by HWPL Chairman Man Hee Lee, IWPG Chairwoman Hyunsook Yoon, and IPYG Director Youngmin Chung at the Ramada Hotel in Songdo, Incheon.

Chairman Man Hee Lee delivered his welcoming remarks. “I welcome and thank each and every one of you who is participating in the 4th Anniversary of the WARP Summit. Many people’s eyes and ears around the world are waiting for news from reporters and journalists like you because people are yearning for a world of peace without war. We hope that the entire summit will be a meaningful journey for the excessive development of peace in the global community. Please let the whole world know the news of peace.” 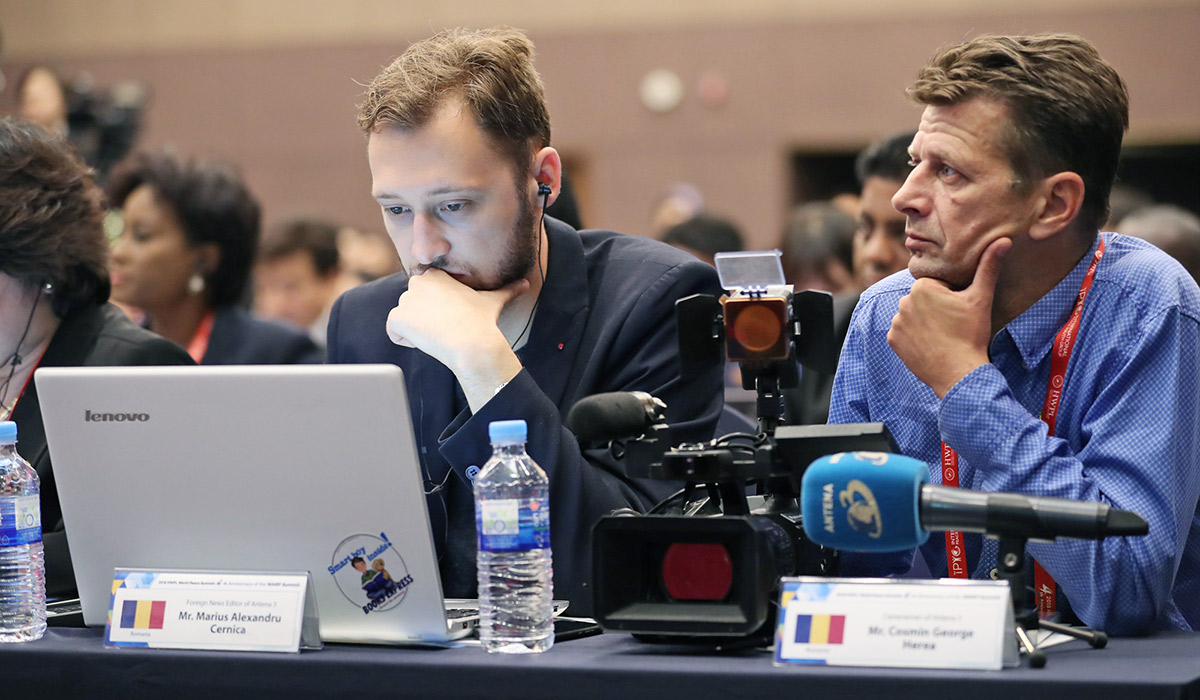 In total, 76 media personnel from 57 different international media outlets, including Korean press agencies, participated in the conference and various questions were asked about HWPL’s core peace initiatives and the issues that HWPL is heavily involved in to prevent conflicts and secure peace. As it is the day before the South and North Korean leaders meet for the third Inter-Korean Summit, HWPL’s efforts regarding the peaceful unification of the Korean Peninsula were also highlighted.

Q. What impact will this year’s HWPL World Peace Summit have on security and peace in the world?
Mr. Nam Gyeong Won, Sunday Newspaper

HWPL Chairman : As expected, the inter-Korean issue is so important that the world’s attention is focused on how the president of South Korea and the North Korean leader are working to bring peace to the Korean Peninsula. They held interviews and press conferences with reporters and media outlets from all over the world. Through this experience, I learned that people around the world support and expect the nation’s peaceful reunification. This is because Korea is in such a critical position in the global community. I was thinking of South and North Korea as a trigger, where only if our country did well, then the world would become peaceful. However, the two Koreas are now holding hands and declaring peace. This is not just a matter of reunification between the two Koreas, but a crucial moment when the entire world should be peaceful.

Every country supported the peaceful reunification of the Korean Peninsula. As a result, students and politicians signed and wrote letters supporting the peaceful unification. Our country was originally a single nation with one common language, but it is shameful to now live apart with no guarantee of safety. We must achieve peaceful unification and leave it as a legacy for future generations. It is shameful for people of the same family to fight and kill like this, and it is a major disgrace to the nation. I have no doubt that peace will be achieved through unification and a world of peace without war will be realized. 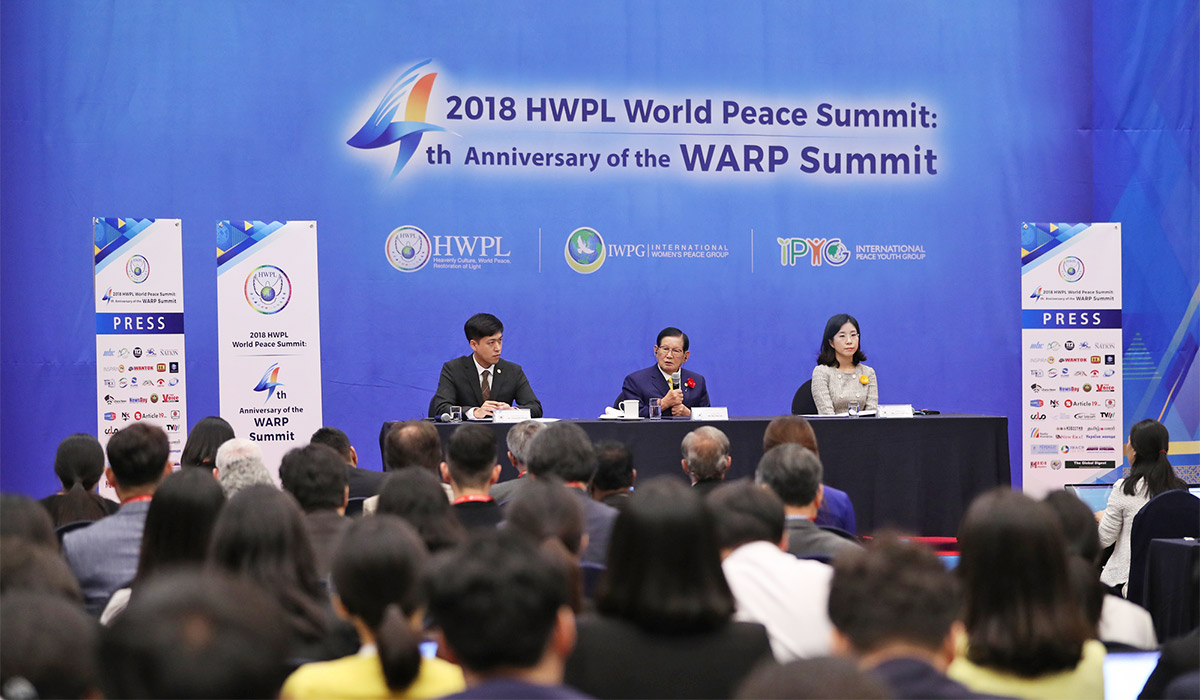 Q. Women are so important in the creation of a world for women. IWPG has a huge impact in Asia but this is also particularly true in Africa, especially Nigeria. How do you plan to further expand your IWPG activities when you are working outside of Asia?
Mr. Nazeeb Sulayman Ibraheem, FRCN Radio Nigeria

IWPG Chairwoman : IWPG has more than 100 branches worldwide and works with more than 230 cooperative groups and organizations. Above all, HWPL and its two wings work closely together. IWPG urges for the DPCW to become a binding law for the global community and also participates in trips abroad alongside HWPL. This year, we have traveled not only to Asia but also to the United States, Europe and Africa.

As a result, an IWPG branch has been established in Malaysia, and one will soon be established in Ukraine as well. The Central and South American Women’s Associations and the African Congress with women representatives from 55 countries have also promised to work together. As such, women in many parts of the world are joining IWPG in promising to achieve peace. Furthermore, I promise to become one with the world’s 3.7 billion women and make peace in the future.

IPYG Director : IPYG youths have begun to write letters not only to domestic but also to foreign leaders. In particular, Korea has set a goal of 150,000 handwritten letters for the peaceful unification of the Korean Peninsula and in support of the DPCW. Through Chairman Lee’s advice, the local newspapers and the media effectively informed about the “Peace Letter” campaign, and many people joined it.

As a result, we collected 155,000 hand-written peace letters whose topic is ‘Dear President Moon’. With the voices of the young people gathered here and there, we will be able to convey how much we want to bring peace to the Korean Peninsula as well as our desire for the DPCW to be submitted to the United Nations. I hope the reporters in this room also inform Korea and the rest of the world of these things.

Also, handwritten letters are being delivered to national leaders from about 22 countries around the world, such as Namibia, South Africa, the Indonesian President and the Malaysian Prime Minister, who said they will reflect the voices of young people. 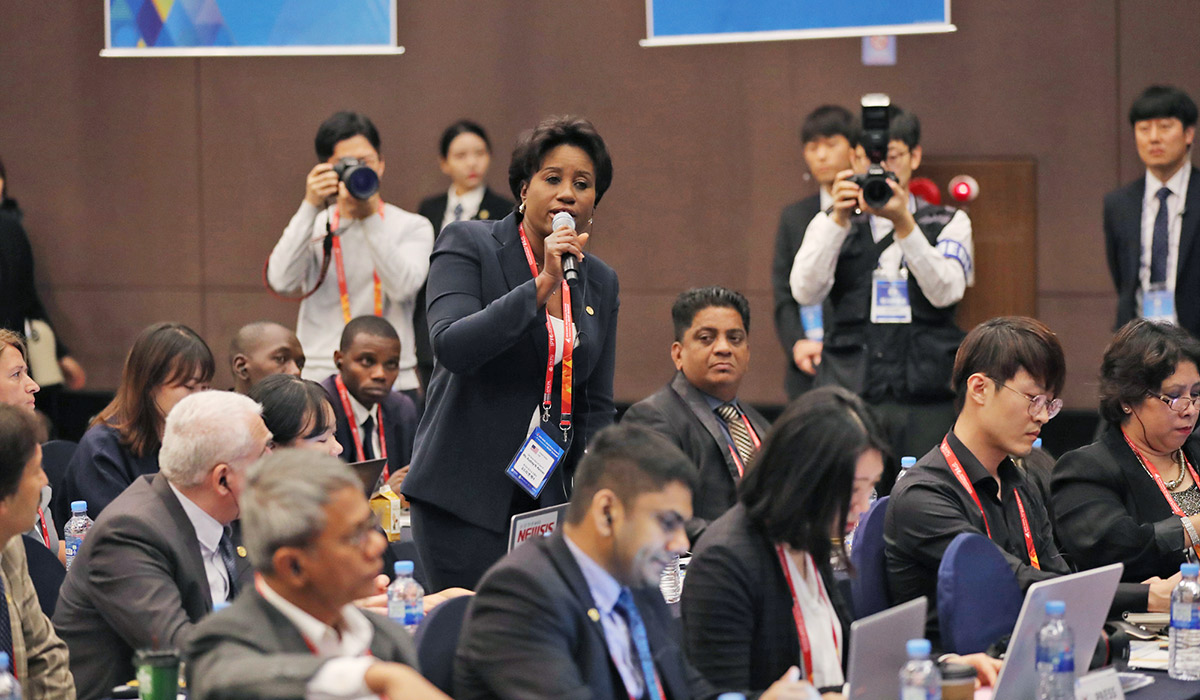 Q. What can I do as a media personal to encourage people to be more actively involved in not only their communities and neighborhoods, but even in their own homes to ensure that peace is a reality in our future?
Ms. Audrey N. Kenner, CAN TV

Chairman Lee : First, report about the DPCW immensely and often through the media. Also, please report about the peace education of HWPL. A peace education MOU has been signed between HWPL and ministers of elementary schools, universities and education professionals around the world. Since HWPL has decided to teach peace to students from across the globe through peace education, if you report on such matters frequently, citizens will be able to learn peace within their homes. 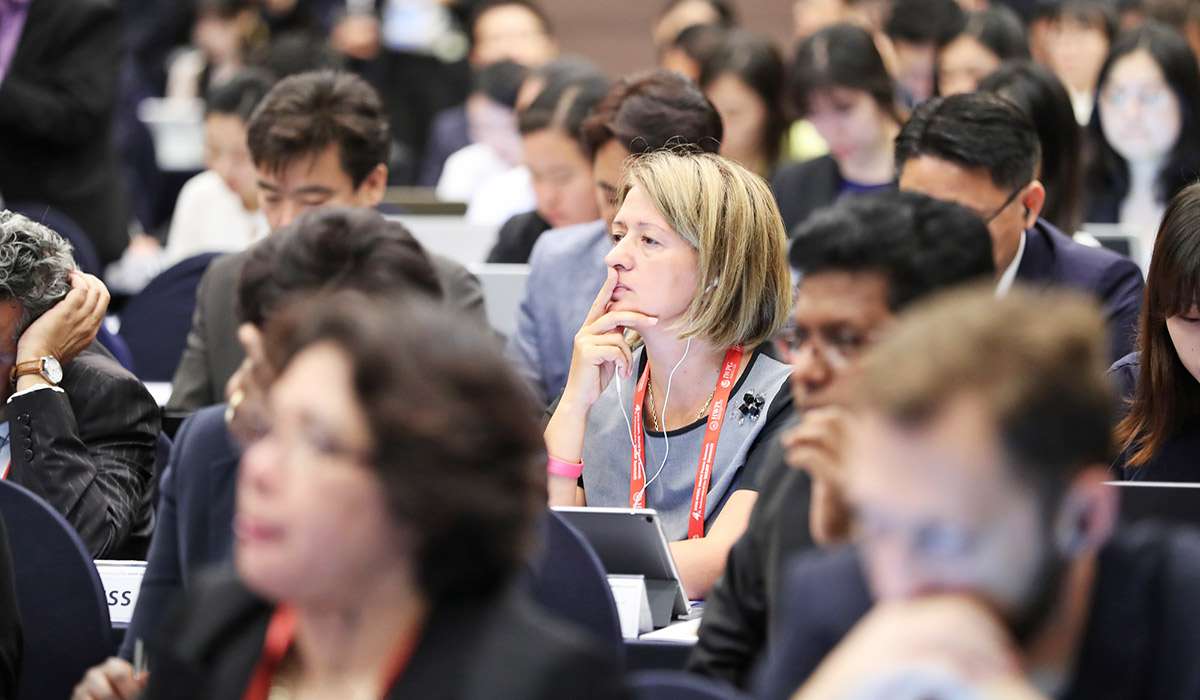