Skip to content
Previous
Next
Published On: August 25th, 2018

Collaboration for Peace Development: Building a Peace Community through the DPCW

In today’s era with the need for the peaceful reunification of the Korean Peninsula and international cooperation for world peace, a summit under the theme of “Collaboration for Peace Development” will be held in South Korea from the 17th to the 19th of September to discuss the role each sector of society plays in the achievement of peace. 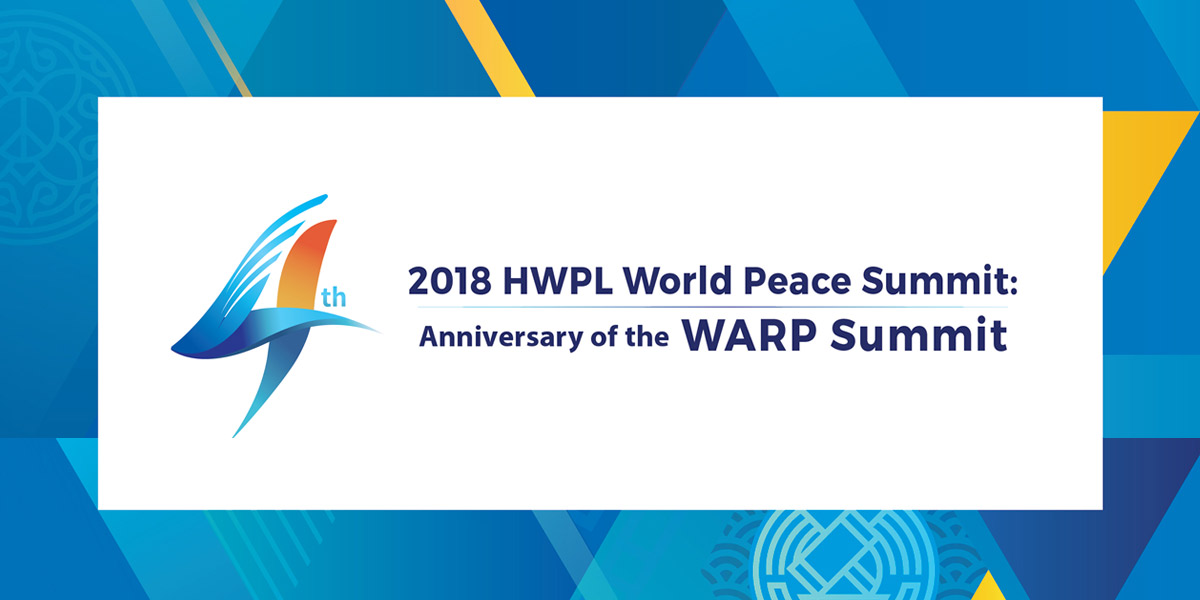 Around 1,000 experts in various fields from around the world with a passionate heart for peace will be gathered in South Korea and participate in 2018 HWPL World Peace Summit: 4th Anniversary of the WARP Summit by HWPL.

During the 3 days of the 2018 HWPL World Peace Summit 12 formal meetings and 3 informal meetings, for a total of 15 conferences, along with a press conference will be held. The main agenda of these meetings will be the introduction of the Declaration of Peace and Cessation of War (DPCW) to the United Nations (UN) as a binding resolution and the promotion of international cooperation among individuals from all levels and sectors of society for the peaceful reunification of the Korean Peninsula through the DPCW. In addition, plans will be discussed and established regarding how to draw support from current heads of state for the introduction of the DPCW as a UN resolution.

In order to achieve these objectives, political leaders, religious leaders, legal experts, education professionals, heads of international organizations, leaders of youth and women’s organizations and civil society actors from over 100 countries around the world will attend the meetings and discuss peace projects based on the DPCW as well as concrete methods to implement them.

HWPL’s Answer for the Realization of Peace: Law for Peace, Alliance of Religions, Peace Education 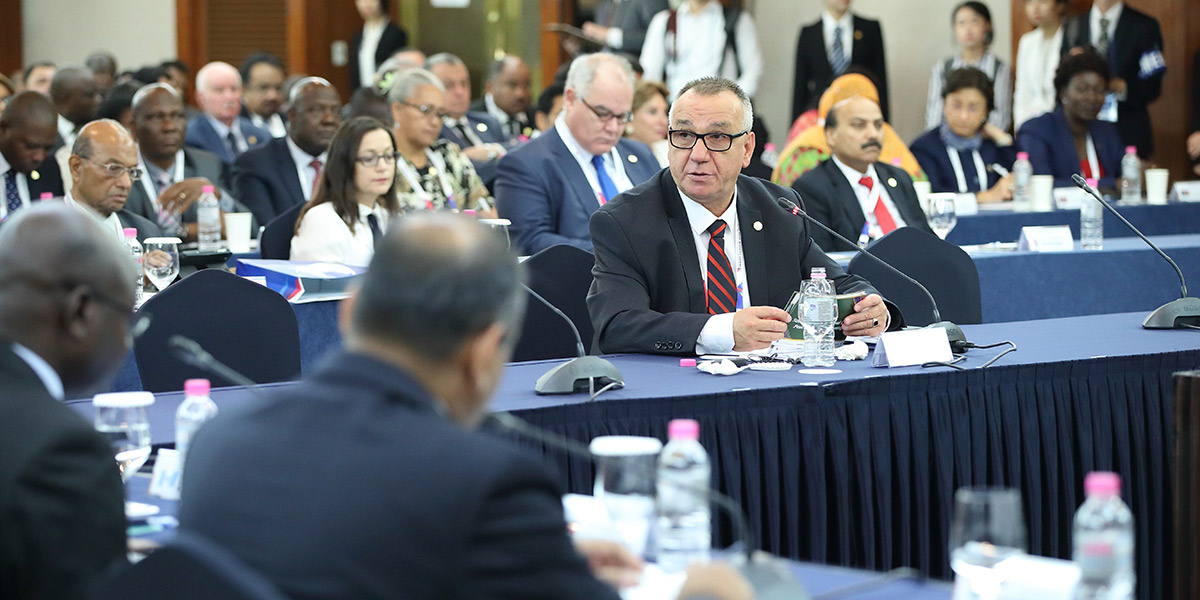 Last year the world’s top religious leaders held a meeting to discuss the elimination of pain and suffering caused by religious conflict and the creation of peace between religions. There will be 13 members in attendance for the Alliance of Religions for Peace Meeting and plans are made to come together and find a trustworthy scripture that will lead to the alliance of religions. In addition, around 200 religious leaders from both Korea and abroad will share their experiences of participating in the WARP Office meetings and the effectiveness of their current strategies and efforts, as well as make a pledge to unite their religions together under the truth.

HWPL’s peace education is already receiving more attention and support as one of the essential pillars of achieving peace. In light of this, leaders in the ministries of education and other education professionals from many countries around the world will gather at the Peace Education conference to share about the best practices and methods of implementing peace education into current curriculums. Also, they will make plans to take steps to further develop the establishment of HWPL peace education within schools based on the 12 HWPL textbooks that have recently been completed.

There are some individuals who are always at the forefront in spreading the news of HWPL around the world so that more people can participate in the peace projects and other activities of HWPL. They are the world’s journalists. They are currently working to strengthen cooperation among all journalists of the world so that the news of peace can be spread even more effectively in terms of both superior quality and quantity. During the World Peace Press Network Conference, journalists from each country will cooperate and join the Peace Initiative in order to seek a solution for peace that will be able to overcome the conflicts and turmoil in their respective countries.

Youth and Women’s organizations have become one with the International Youth Peace Group (IPYG) and the International Women’s Peace Group (IWPG) in order to advocate for the DPCW to become a legally binding international instrument through the Legislate Peace Campaign. During this year’s meeting the youth and women will share the results and successes of the peace activities held throughout the previous year as well as discuss ways to further develop and sustain these activities in a more effective manner. 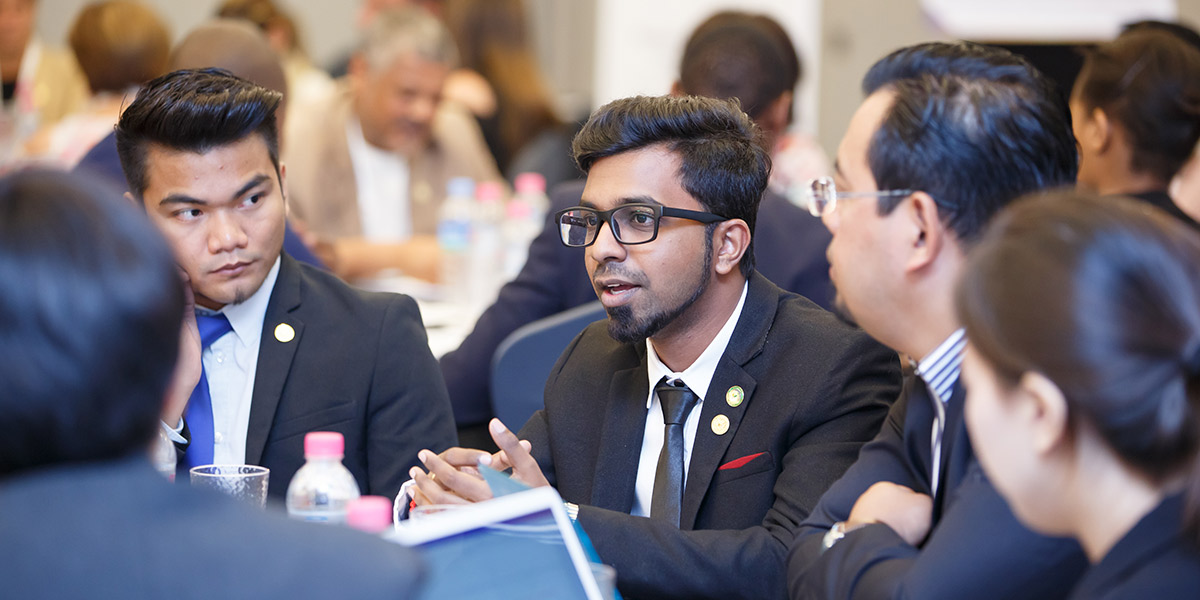 As peace based on the principles of the DPCW is being witnessed in various cities around the world, more and more people are joining in the peace projects of HWPL. In particular, two countries in Africa, Swaziland and Seychelles, have made a national declaration of their support for the DPCW and now advocate for its introduction as a resolution at the UN. The number of countries supporting the DPCW is expected to expand significantly following the 2018 HWPL World Peace Summit: 4th Anniversary of the WARP Summit.

The ultimate goal of HWPL and the WARP Summit is to establish sustainable peace in the world and leave it as a legacy for future generations. The 2018 HWPL World Peace Summit: 4th Anniversary of the WARP Summit is a meaningful time when people from all around the world, regardless of nationality, status and religion, can come together and form a peace network guided by the core principles of the DPCW in order to further develop action plans for peace and establish peace in their respective locations.

Key Sessions of 2018 HWPL World Peace Summit: 4th Anniversary of the WARP Summit the by Date