Inter-continental Online Conference to Discuss the Role of Peace Education

On January 24th, over 2,400 pre-registered attendees from 70 countries, including the Philippines, the U.S.A, Germany, South Africa, China, and South Korea, joined the online inter-continental peace conference to discuss the role of peace education in celebration of the 7th Anniversary of the January 24 HWPL Peace Day.

The January 24 HWPL Peace Day declared by the Province of Maguindanao in the Philippines has been commemorated annually since the Mindanao Peace Agreement was made by the local government and civil society leaders on January 24th, 2014.

The Peace Day was named after HWPL since the agreement was suggested by Chairman Man Hee Lee of HWPL, known as a Korean war veteran, to overcome the 50 years of conflict that resulted in approximately 120,000 victims in the region.

With the theme, “The Role of Peace Education in Building a Peaceful World”, the celebration of this year aimed to raise awareness of peace education around the world and establish a global platform for peace educators to implement peace education in the educational system of each country. 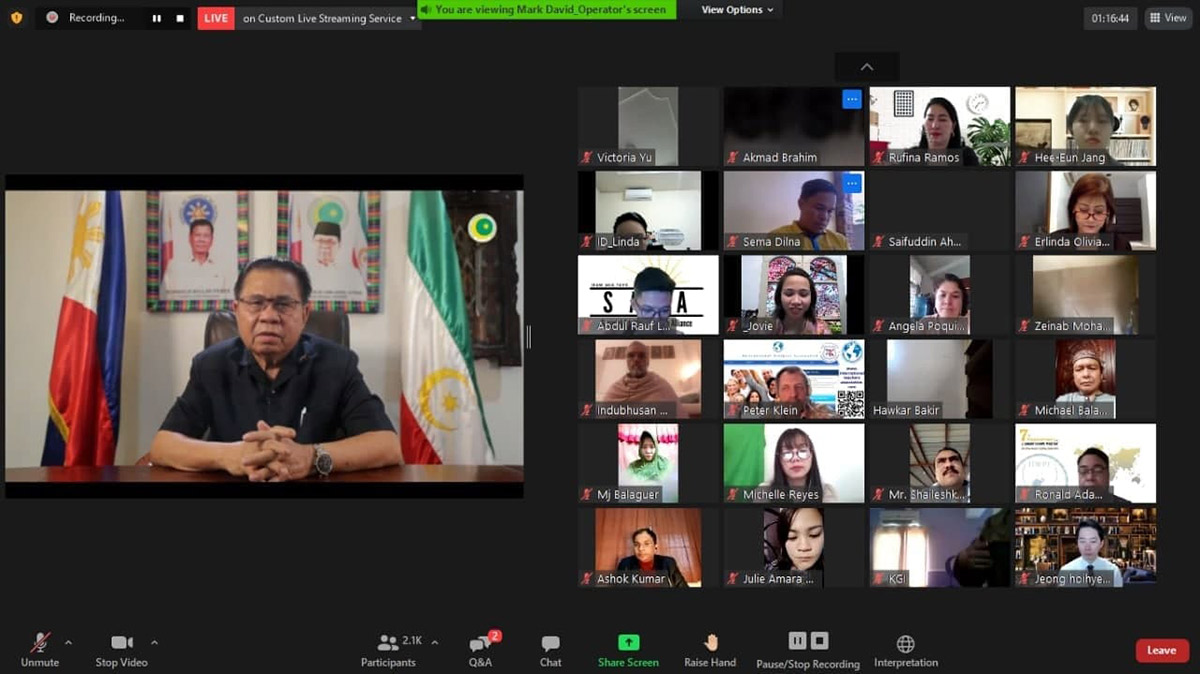 “Today, Mindanao is no longer a place of conflict; rather, it has become a model of peace to which the world looks. Once, the people of this region used to point guns at each other—now, they share food while sitting at the same table, despite their differences in religion and ideologies. Students who were once being trained to kill are now learning the precious value of life and peace through HWPL Peace Education,” he said.

With the theme, “The Role of Peace Education in Building a Peaceful World”, the celebration of this year aimed to raise awareness of peace education around the world and establish a global platform for peace educators to implement peace education in the educational system of each country.

“Youth will fight for peace but are not given yet enough skills, understanding, or opportunity to talk for peace. I wholeheartedly support HWPL Peace Education. It raises the awareness for our youth to become peacemakers – the much-needed values of the youth. Future leaders must effect change for the world’s positive transformation. Our children need to be educated on how peacebuilding works effectively. Through education, the building of a truly peaceful world can one day become a reality.”

HWPL Peace Education consisting of 12 lessons aims to train the educators and students with the value of peace by raising awareness of the importance of fostering a culture of peace. Since 2016, more than 200 educational institutions in 34 countries, including India, Israel, and the Philippines, have been designated as HWPL Peace Academies, and Ministries of Education from 9 countries have signed MOAs for implementation of peace education.

Ms. Firoza Muradi, an educator from Afghanistan, said, “The Mindanao Peace Agreement in 2014 became a great model for countries like Afghanistan who experience wars and conflicts. I hope that the miracle of peace in Mindanao will happen in Afghanistan, and the beginning is from peace education. Through HWPL Peace Education, students seek answers to achieve peace in various ways, including harmony with nature, the value of cooperation, and how to protect their rights. I believe all of my students receiving peace education will grow up to be a peace messenger.”

At the event, the official of HWPL presented the plan for 2021 such as Online Peace Educator Training Program, Peace Education Volunteering Program, and Online Youth Peace Love Exchange Project that mostly designed as online programs according to the pandemic situation. 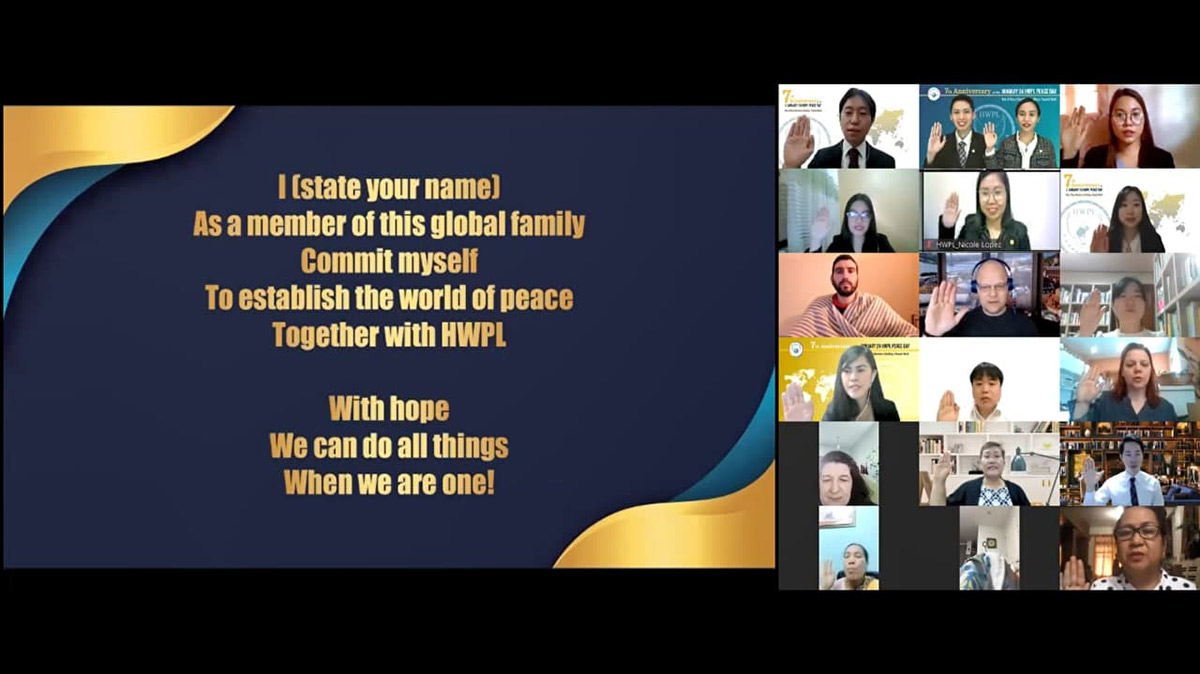