Skip to content
Previous
Next
Published On: December 31st, 2022

A conference for the peaceful resolution of conflicts is held

Various types of disputes have arisen that violate the international order, despite efforts such as the establishment of international organizations for peace and security and the United Nations Charter. A conference entitled “Role of Civil Society in the Peaceful Resolution of Disputes” hosted by HWPL, a non-government organization under the UN Economic and Social Council, was held on November 25th.

This conference, held at Palaissaal Hall in Hotel Adlon Berlin, Germany, under the theme of “The Meaning of the Human Chain Movement and Its Implementation in the Present” was attended by 120 people, including Professor Ciaran Burke, an international law professor at Jena University in Germany, and Mr. Teodor Melescanu, a former Romanian foreign minister, to address the need for peaceful conflict resolutions. 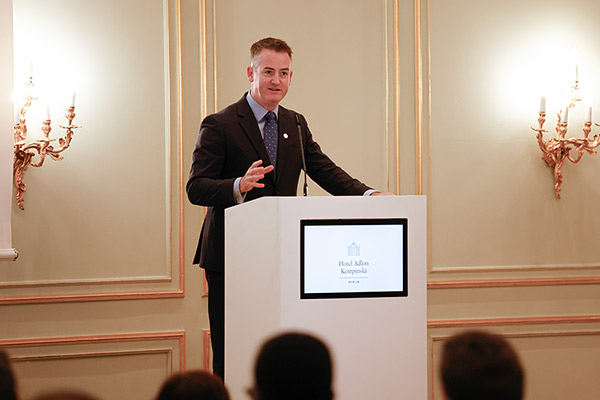 Burke, who attended the event as a guest speaker, is one of the international law experts at the HWPL International Law Peace Committee and cooperated with HWPL to draft the Declaration of Peace and Cessation of War (DPCW) on March 14, 2016. The DPCW is a document that consists of 10 Articles and 38 Clauses for the prevention of war and for sustainable peace and presents the role of people from all walks of life, including citizens as well as the state. 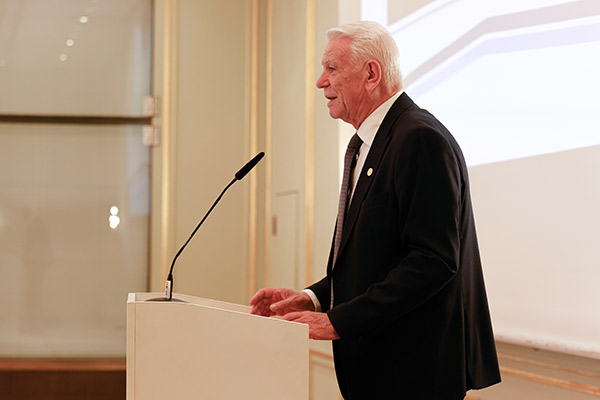 Professor Burke, who is also the lead author of the DPCW Handbook, explained, “DPCW is founded on ‘the conviction that judicial and other dispute resolution measures can replace the rule of war with the rule of law’ and aims to pass on to successive generations an invaluable inheritance of a world free of wars,” saying, “recent decades have seen a number of serious conflicts around the world, costing millions of lives, and reflecting a system of international law – designed, amongst other things, for the preservation of international peace – that is plainly not working as well as it should or perhaps could. The DPCW, backed by HWPL, is presented as a first step in remedying these problems, and bringing us toward a more peaceful future.”

“We are in a world of international realignment and competition, and it is clear that we need to reset the international community. The largest states alone can adopt rules. That is why we must encourage regional organizations in Europe, Asia, Africa, Latin America and Arab countries,” said former Romanian foreign minister Teodor Melescanu, adding, “It is necessary for these regional organizations to support the mechanisms of the UN, and to have a collaboration based on mutual respect.”

On this day, HWPL members expressed their hearts hoping that peace based on civil society will be achieved in the European society and emphasized the importance of it. This will be the main player in the spread of peace culture by performing a group chorus and an action performance symbolizing the human chain.

An official from HWPL said this event was planned to reflect on the meaning of the 3 Baltic states’ human chain movement, which achieved peaceful independence in 1989, to recreate the performance in the hope for peaceful conflict resolutions within Europe today, and to examine our role for peace with young people and leaders in Europe.