Skip to content
Previous
Next
Published On: August 21st, 2018

On the 13th of August, leaders from all sectors of society, including the Councilor of Cape Town, university chancellors and professional educators, gathered at the African Leaders of Peace Summit 2018 in Cape Town, South Africa to discuss practical methods to realize peace on the African continent by creating a culture of peace.

Commemorating the birth of Tata Nelson Mandela and Mama Albertina Sisulu, this conference was held under the slogan of “The Africa We Want: Achieving Peace in Our Lifetime” and was aimed at seeking for the solution to resolve wars between religions and ethnicities as well as solving the social issues that plague African society, such as discrimination and corruption. 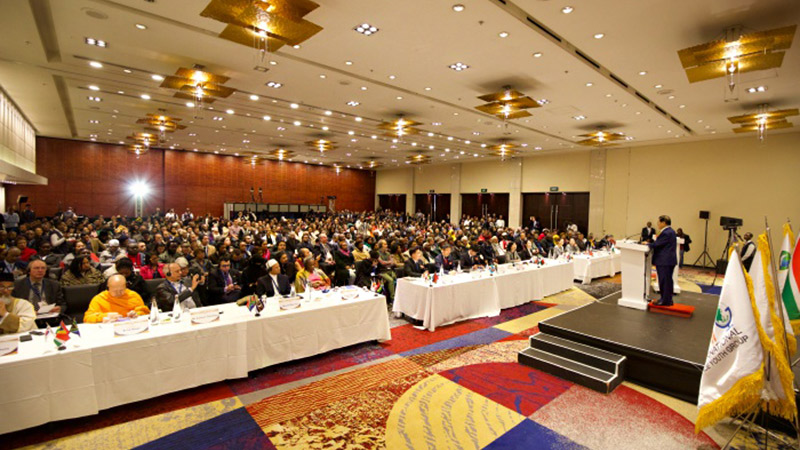 The African Leaders of Peace Summit 2018 was jointly hosted by the African Leaders of Peace Summit Organising Committee, the African Union Commission, Heavenly Culture, World Peace, Restoration of Light (HWPL), the International Peace Youth Group (IPYG), the International Women’s Peace Group (IWPG), the students of the University of Cape Town, as well as universities and the press. Leaders from various sectors such as political officials, religious leaders, youth and women organization heads, the press, and educators participated in the three-part summit.

Discussion for the implementation of the international law for peace

In the Advocacy Session, the attendees talked about how to establish a stable international order based on the Declaration of Peace and Cessation of War (DPCW) in cooperation with the international society.

The DPCW, drafted by HWPL and experts in the field of international law, addresses holistic principles for developing peaceful conflict resolution, promoting friendly relations between states, encouraging the freedom of religion, and spreading a culture of peace.

A Cape Town City Councilor, Mzwakhe Nqavashe, said, “I run the ‘Peace My City’ campaign in cities like Cape Town and Gugulethu for spreading of a culture of peace as a principle designated in the DPCW. Through activities like environmental clean-up, dangerous regions threatened by crime were converted to peace parks, and the campaign has led to a steep drop in crime rates. Speaking as a city councilor, I think that through cooperation with HWPL the light of peace has shined upon Africa, and Cape Town was made a model example in Africa.”

“No country exists without its people. Similarly, no president can exist without a country. Presidents have been placed in their seats by the people. Don’t the laws of every country state that the power lies with the people? Hence each president must sign here in support of the DPCW for the sake of the culture of their citizens and peace in their country,” Mr. Man Hee Lee, Chairman of HWPL, emphasized.

Peace education for future generations, the protagonists of the era of peace 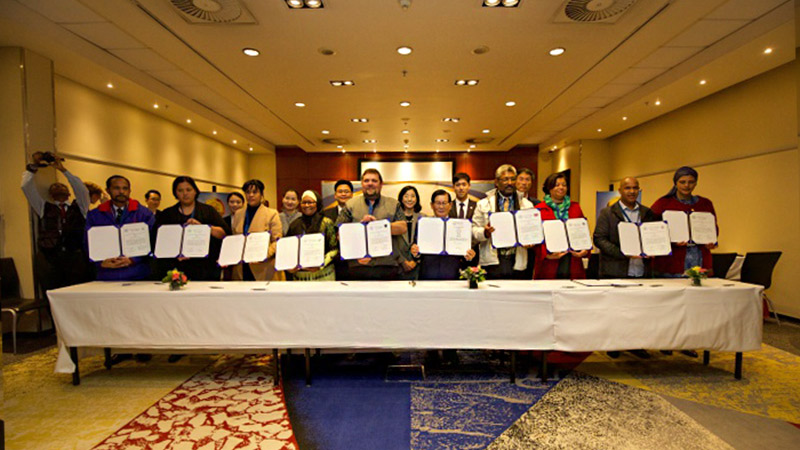 The Peace Education Session allowed for a thorough discussion on concrete plans to provide quality education for students in Africa compatible with the UN Sustainable Development Goals. In the session, MOUs between HWPL and 12 schools including Holy Cross Girls High School, Liesbeeck Primary School, Bonteheuwel High School were signed to expand peace education even farther in South Africa. Currently, HWPL has established a partnership to introduce peace education with 153 educational institutions in 11 countries including India, the Philippines, and the United States.

The World Alliance of Religions’ Peace (WARP) Office Session of the summit featured Christian, Hindu, Hare Krishna, Buddhist, and Islamic leaders who shared their experiences with the interfaith scripture dialogues, and conferred on the role of religious leaders in the cessation of religious conflict and the realization of peace through religious harmony.

Regarding the violation of human rights that occurred in South Korea as a result of religious discrimination, “A 27-year-old woman was forced to participate in a religious conversion program…and was found dead. We gathered here to provide a fundamental solution to the religious discrimination in the whole world that was the cause of the recent incident,” said Reverend Mathias Tsine, a Christian pastor from Zimbabwe, “The WARP office has made tremendous strides in bringing leaders from various religions to speak with one voice in an effort to tolerate one another [through] harmonious co-existence” he added. 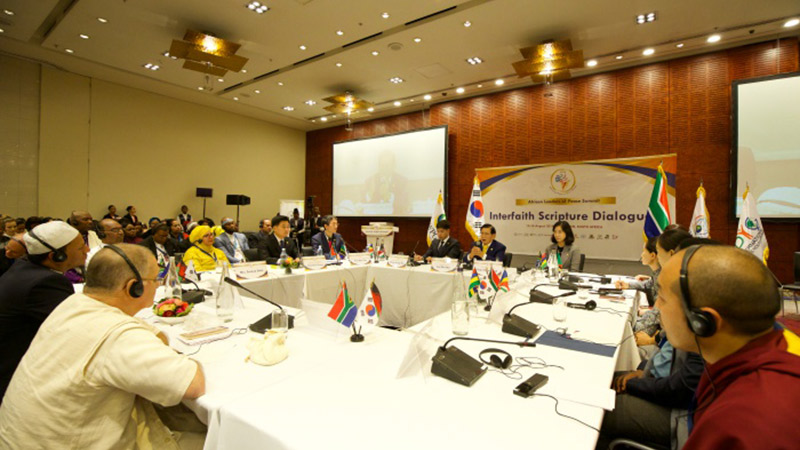 ▲The chairman of HWPL spoke at the WARP Office Session

In his speech on the role of religions in peacebuilding, Chairman Lee of HWPL said, “Since religion is not the invention of a person, searching for the true meaning of religion should be pursued through the comparative study on scriptures led by religious leaders, rather than simply judged by the culture or tradition of the country. This is what we should do to leave a legacy of peace for future generations.”