Skip to content
Previous
Next
Published On: July 7th, 2019

After bomb terrors, peace has sprouted in hardship. Sri Lankan youth, pleading with national leaders to response to their peace letters

Sri Lanka experienced civil war between the government and Liberation Tigers of Tamil Eelam (also known as Tamil Tigers) 10 years ago which officially ceased in May 2009. However, the country still bears the scars of the war. Meanwhile, its people have longed for peace desperately. The 2019 Sri Lanka Easter bombings took place at eight different locations simultaneously. These attacks caused a tragic disaster that claimed the lives of 290 foreigners residing in Sri Lanka. Since Sri Lankan government called this series of bombings a terrorist attack based on religious purposes, there are concerns that religious and ethnic conflicts in Sri Lanka will be intensified again. 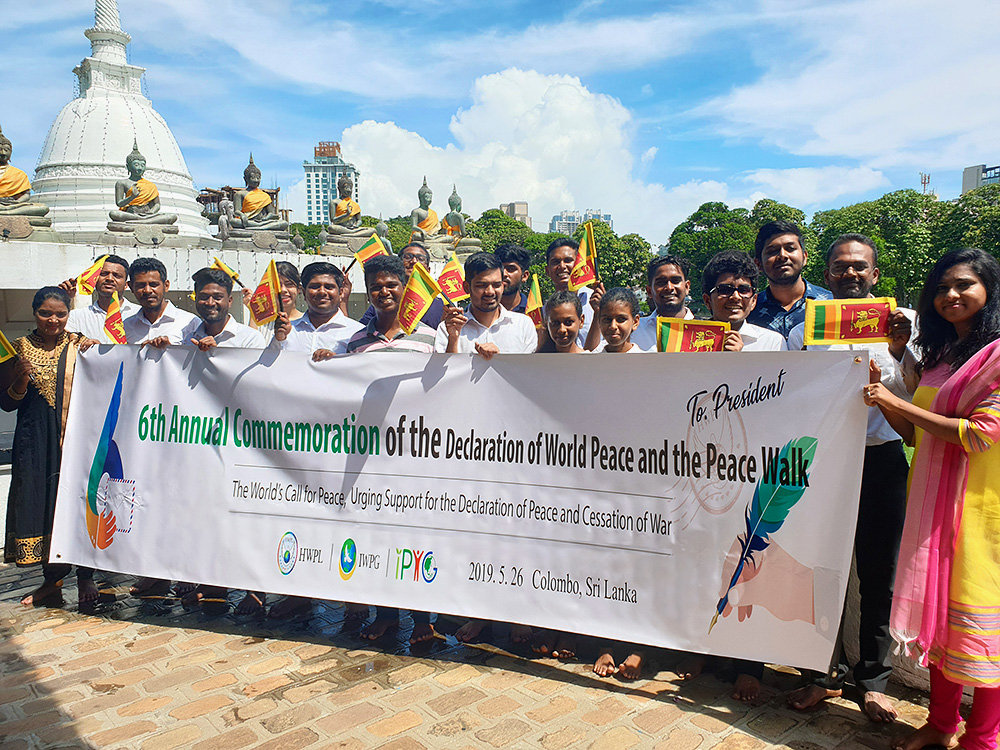 In the midst of concerns arising, the 6th Annual Commemoration of the Declaration of World Peace and the Peace Walk Festival was held by HWPL and the IPYG on May 26th in Sri Lanka. Whereas all gatherings of people were called off due to a national state of emergency, 22 citizens voluntarily attended the commemorative event. To mark the 6th anniversary of the Declaration of World Peace, the event was organized to promote the necessity of the Declaration of Peace and Cessation of War (DPCW) for sustainable peace within the nation and the world; to share the current result of the Peace Letter Campaign urging people to support the DPCW; and to plead with each head of state to response to the peace letters.

This event was held at Gangaramaya Temple which is a national landmark. Marching around the temple, participants expressed their condolences for victims of the bombings and hoped for peace so that such heartbreaking tragedy will never be repeated again.
During the event an activity at Yowun Pura which was conducted from March 27th to 30th by HWPL and the IPYG was presented and it was announced that peace letters were delivered to Ranil Wickremesinghe, the Prime Minister of Sri Lanka on March 29th. Furthermore, 176 peace letters from Sri Lankan citizens which were collected over three days were presented. Participants who saw other citizens’ peace letter all agreed to the importance of the DPCW and wrote peace letters to urge the head of Sri Lanka to reply to their plea.

With 100 youth participants, the 6th Annual Commemoration of the Declaration of World Peace and the Peace Walk Festival was also held in Delhi Public Library in New Delhi, India. At the commemoration event, the Peace Letter Campaign was also conducted to remind citizens of the cruelty of war and to promote the necessity of implementing a legally binding document to sustain peace. The peace letters written by youth participants will be delivered to Ram Nath Kovind, the president of India. 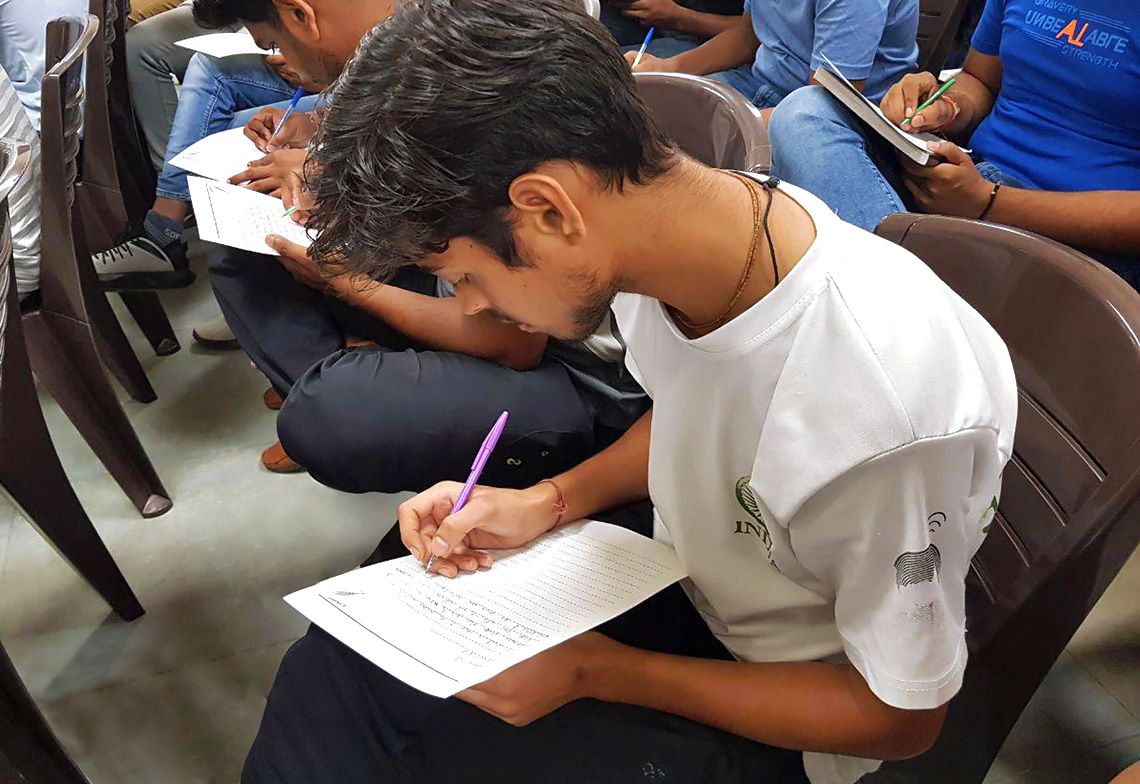 Cycle for Peace in Turkey

Cycle for Peace was co-organized by three youth organizations: The Turkey branch of the IPYG, Çanakkale Bicycle Platform, and Çanakkale Koza Youth Association. The event was held under the title of Cycle for Peace to bring out each organization’s features. Approximately 50 youth participants promoted the importance of peace riding bicycles around the city.