Chapter 7. A Sacrifice without Compensation 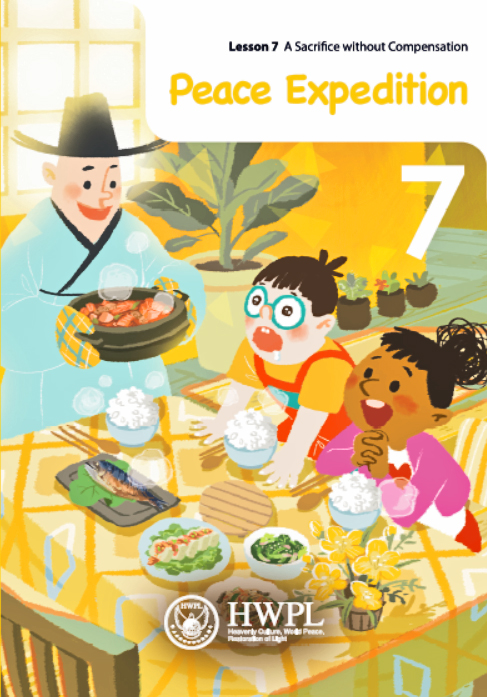 Section 1. Sacrifice
A key foundation for the modern perspective on human rights began with the Universal Declaration of Human Rights (UDHR). For the declaration to be universally acknowledged, many have poured in much effort. When eight members of the drafting committee first began making the declaration, there was no intention to do so but it was written centered on a western perspective. That is when non-western countries such as Chile, China, Egypt, India, Lebanon, Panama, the Philippines, and Uruguay began to turn their eyes to the declaration and actively promoted perspectives of non-westerners. The drafting committee accommodated the opinions from non-western countries as well, and had put to vote over 1,4000 times to determine each word and article of the declaration, which took over two years to complete. Rather than thinking about convenience or efficiency, they drafted the declaration with the mindset that they will safeguard the life and human rights of all humanity. On the back of their devotion, the UDHR was unanimously adopted by UN members at the UN General Assembly held in Paris on 10 December 1948.

Section 2. Sacrifice and Peace
In the 1940s, the world suffered from polio outbreaks, which caused patients to suffer from muscle shrinking, paralysis in limbs, and when progressed further, even death. At the time polio broke out, there was no treatment yet, so the whole world feared the disease. In this situation, Dr. Jonas Edward Salk devoted his time and effort into developing a vaccine for polio. From 1948, he took not a day off, as he spent 16 hours a day into the development, and his devotion continued for years. Finally, in November 1953, he succeeded in developing a vaccine. However, at the time, it was difficult to find those who would take part in clinical trials so he began with himself. After additional clinical trials ended, he proved by 1955 that the vaccine is not only effective but safe. Afterward, various pharmaceutical companies offered a fortune for the patent rights to the vaccine. However, as Dr. Salk believed vaccines shouldn’t be owned by individuals, he distributed the vaccines for free, replying to the offers by saying, “Could you patent the sun?” Dr. Salk knew that the vaccine that saved lives was not only valuable but priceless. His love for humanity and sacrifice enabled the prevention of polio and near eradication of the disease from the world. As we can see from this example, true sacrifice doesn’t ask for a reward, and the result of the sacrifice benefits countless people.

Section 3. Sacrifice and Peace that Begin with Me
The value of sacrifice continues to live among us today, as there are people who are devoting themselves for the sake of others. In different eras, people corrupted with greed would appear, invade others, and start wars, but the reason we can pursue world peace is thanks to the efforts of those who never gave up their passion and efforts for peace. As of 2015, the number of non-governmental organizations (NGOs) that are non-profit reach around 10 million globally. People who carried out humanitarian activities in places unseen while not asking for any sort of repayment have served as the axis of good throughout human history. According to the UN Volunteers, the number of volunteers worldwide is estimated to be around 970 million, and the hours they put into volunteering activities are equivalent to the working hours of 125 million full-time workers. Also, when the value of volunteering is converted into money, it amounts to 1 trillion 348 million dollars, around 2.4% of the world’s economy. Of course, it would be impossible to put a price tag on the endeavors as this is the priceless result derived from time and effort put into realizing peace and love. In addition to these, there are sacrifices and devotion around the world in places unseen, such as homes, schools, and regional society, which put up strong fences around the world of peace for protection.

As we have seen, selfless sacrifices have been the engine for growth and development in the history of mankind. The sacrifice of parents protected the children, that of teachers and scholars provided a bright future for education and learning, that of leaders protected nations and civilization over and over again in times of crises. On the other hand, a family without the sacrifice of parents broke apart, education and learning with the sacrifice of teachers and scholars regressed, and society and nation without the sacrifice of leaders resulted in corruption and division. We can see this through the rise and fall of countless civilizations and nations in history. In the 21st century, humanity has been enjoying unprecedented prosperity with excelling scientific and technological development, but the mental culture seems to be weakening or even deteriorating. At a time when greed and selfishness undermine the value of sacrifice, we need to objectively think about how to achieve sustainable development and peace by reflecting upon our history.

Although they may be small, when seemingly little sacrifices gather, they become the force of energy big enough to change the world. Of course, when we look at ourselves, our sacrifices may seem small and even lacking. However, as small lights gather to form a huge light, when our willingness to sacrifice for each other gathers, we can make it into a light bright enough to shed light onto the path of peace.