Global Conference for the UN Adoption of the DPCW

Last month during the 29th World Peace Tour of HWPL, eSwatini and Seychelles became the first two countries to present the National Solidarity Statement for the Promotion of the DPCW which officially expresses their support at the national level. The National Solidarity Statement is a national document signed by heads of state and submitted to the United Nations. This document will be distributed and publicized within the UN and will be a great help to get the 10 articles and 38 clauses of the DPCW passed at the UN General Assembly. The governments’ official proclamation of its national support means that it has brought the DPCW one step closer to being realized as an international policy. 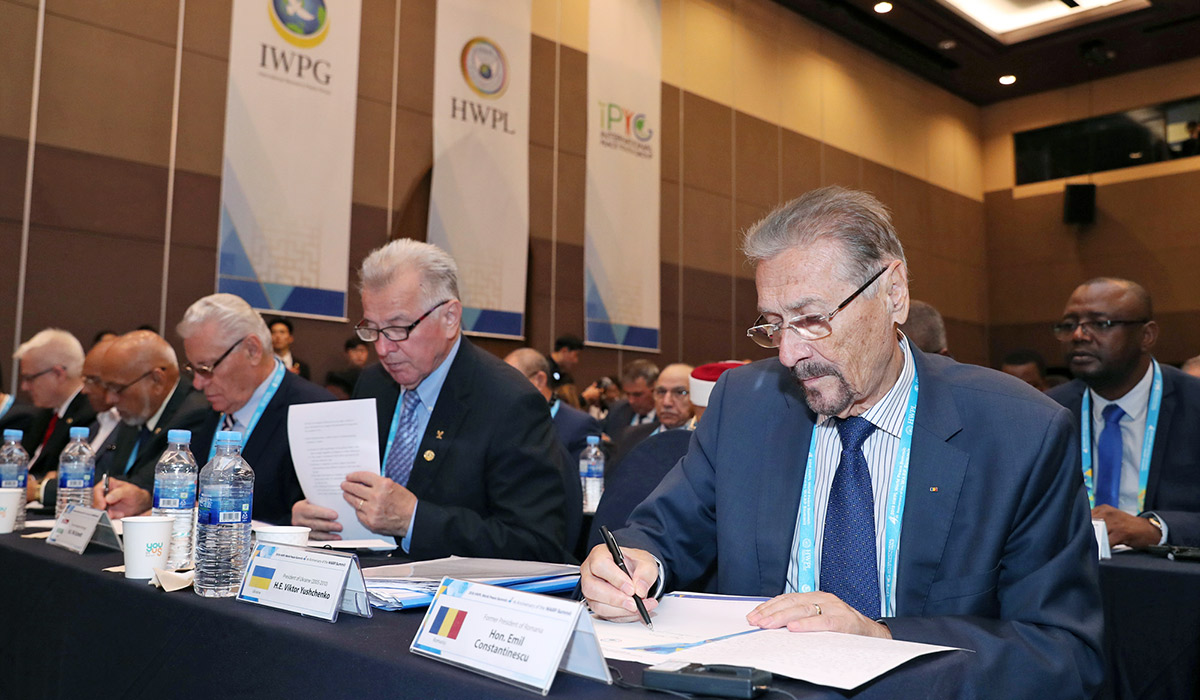 Following this trend, political figures, including former military heads, lawmakers and Supreme Court justices, who attended the ‘2018 HWPL World Peace Summit: 4th Anniversary of the WARP Summit’ in Incheon held a ‘Global Conference for the UN Adoption of the DPCW’ on September 17th. Participants discussed how to receive ‘Expanding Support for the DPCW at the National Level’ through active discussion. 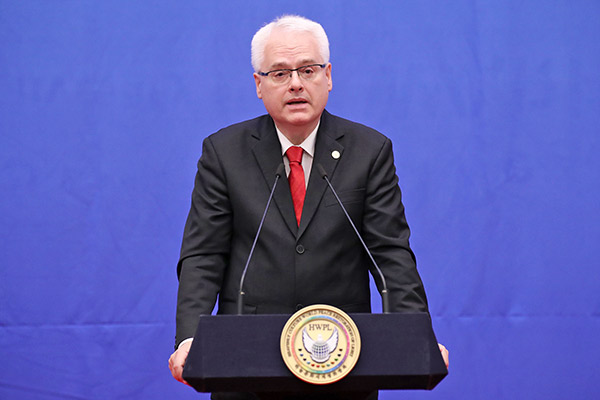 After years of working with HWPL for peace, H.E. Ivo Josipović, Former President of Croatia, gave a presentation under the theme ‘What we are missing’, explaining, “Our goal of peace is high and not an easy task. There are still people who use war as a political tool, and for some people peace is just an ideal concept. But I believe that peace and those who are for peace will be true winners in the next generation. It is important to remember the September 18th Peace Festival held in 45 cities around the world, against the threat of nuclear weapons. As the result of the third round of the Inter-Korean Summit, in the battle of darkness and light, we can expect more for the unification of the Korean Peninsula.” 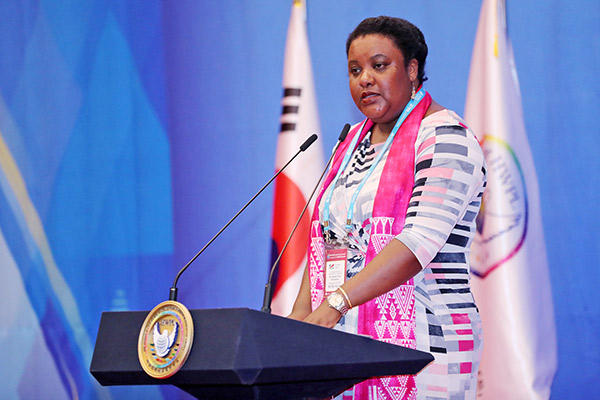 Ms. Mandy Patsy Moustache, 1st Secretary of the Ministry of Foreign Affairs of Seychelles, a state that recently declared the National Solidarity Statement for the DPCW, explained why the declaration was important and appealed to other countries to join in the movement

She said “The DPCW is a legal instrument which respects and protects the rights of all citizens as enshrined in the UN Charter, but further advances the promotion of the culture of peace which has at its heart the spirit of unity, which the Republic of Seychelles holds so dear.” She continued, “There is a necessity for instruments such as the DPCW to be supported by the global community. If we are to achieve the vision and mission set out in the African Unions Agenda 2063 as well as its priority projects such as Silencing the Guns, it is important that we establish legal frameworks which will advance this agenda.”

What effort does the DPCW need to gain support from countries around the world? 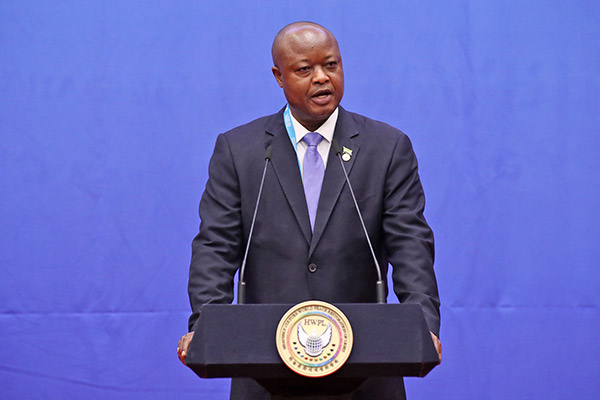 H.E. Samuel Sam-Sumana, Former Vice President of the Republic of Sierra Leone, explained that after World War II and the establishment of the UN, the world continued to experience terrible conflicts and even massacres.

He stated, “Your Excellences, for this declaration to leave its footprints on the sands of time, make a positive difference in the lives of ordinary people, take hope where there is despair, promote love where there is hate, it has to be owned and led by national and local actors in every country across the world.”

He also made a desperate plea to all attendees: “To ensure this, a set of people committed to global peace and security have to be mobilized to constructively engage member states in ensuring that this declaration is adopted by the United Nations. However, the essence of this declaration should not be limited to its adoption by the UN, but rather to help transform mind-sets and change the conversations and narratives around global peace and security.” 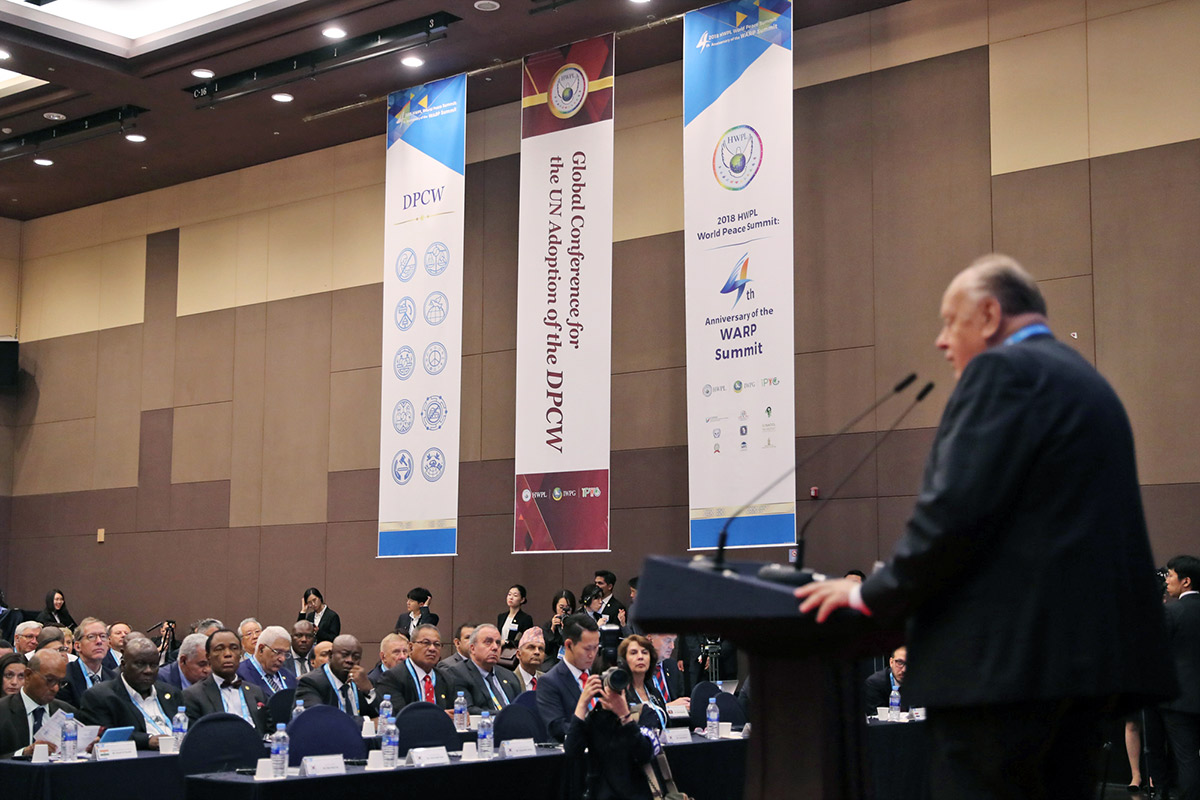 H.E. Stanislaw Shushkevich, Former Chairman of the Supreme Soviet of the Republic of Belarus, shared his experiences in peacebuilding. “I believe supporting the DPCW is taking one step forward to peace. However, we must find more work to do, not the kind of work that we’ve done so far. I hope that the DPCW can be deeply imprinted on young people. I want to urge the world’s youth to support this declaration.”

The UN Security Council does not have a role for national leaders alone, but rather the role of the people, or civil society, is also very important. Citizens, youth and women’s organizations should also support the DPCW to help national leaders implement this declaration and advocate its adoption in the UN. 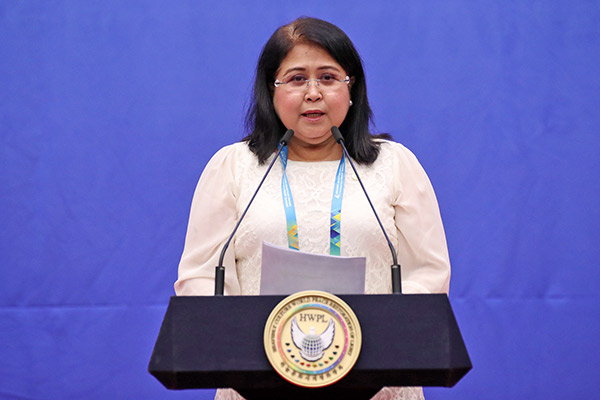 Mrs. Dr. Hj. Elza Syarief .SH .MH, HAPI, Himpunan Advokat Pengacara Indonesia, said, “The goal of the DPCW has already been implemented and we strongly urge all countries to have it adopted by the UN in order to safeguard our (global) security.”

She also stated, “Through the 4th Anniversary of the WARP Summit, we recognize once again the role and elements of the DPCW that can achieve world peace. All men and women from all parts of the world, including all civilians, must join HWPL, IWPG and IPYG to gather their minds and make a strong commitment to [make] the DPCW as a standard for UN member states. Also, as a member state of the United Nations, we must convey that as a person of universal value, all humanity desires peace and does not want war,” encouraging everyone to be part of the peace movement

Young people also took part in the meeting. Youth members read the “Peace Letter” to urge national leaders to realize peace through the DPCW and delivered it directly to around 200 leaders from each country that were in attendance.

After all discussions and presentations were completed, HWPL’s Chairman Man Hee Lee proclaimed, “Students and young people all over the world are writing letters and supporting the peaceful reunification of the Korean Peninsula based on the DPCW’s 10 articles and 38 clauses. Everyone’s support and cooperation has paid off considerably. If we tie knot by knot, our goal of peace will be achieved.”

We expect even more progress to be made towards achieving peace with the DPCW in the future, based on this meeting, as national leaders and civil society unite as one.