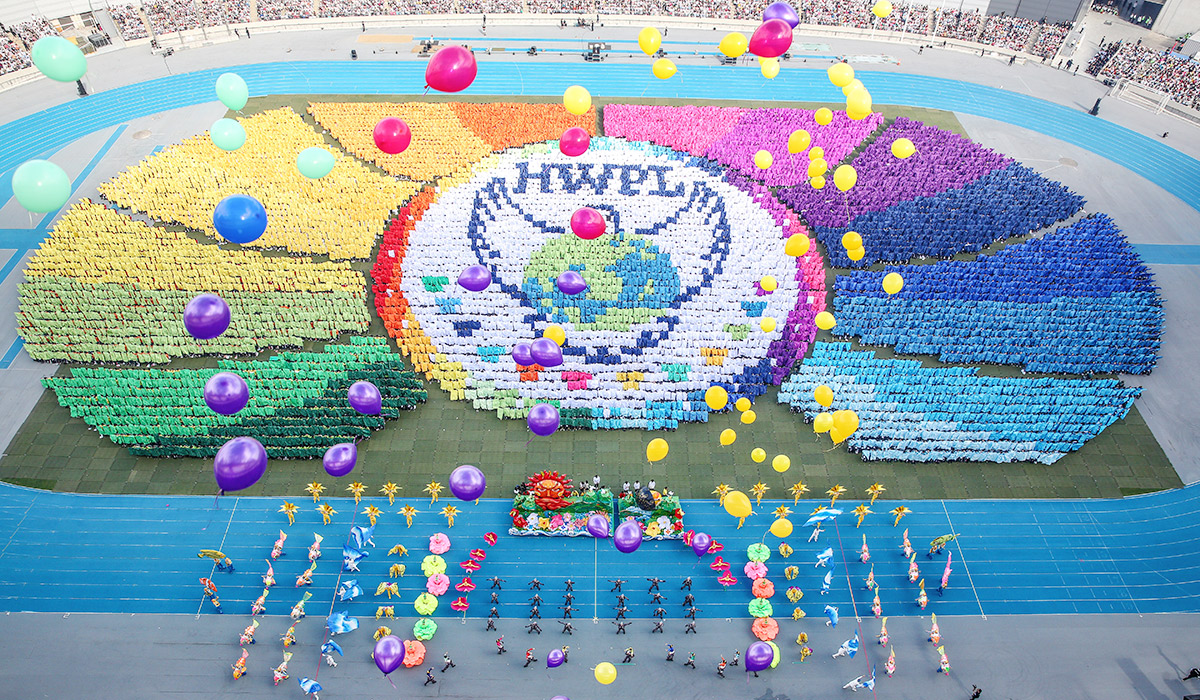 The Korean Peninsula is one of the world’s few remaining divided nations. Its armistice is a symbol of the wars and conflicts that exist on Earth. Therefore, the peaceful unification of the Korean Peninsula will be the strongest predictor of the advent of global peace.

In light of this, HWPL’s peace art group prepared a special performance. The title of the performance was “Light of Peace from the Korean Peninsula Shines on the Whole World”. The answer to peace appeared as a ray of light in the Korean Peninsula and spread to the entire world that has turned into darkness because of war. The peace messengers who gathered before the light are now connecting the world with heavenly culture and changing it into a beautiful place.

The performance was about the journey of a light from its birth to its steps on the path of harmony and unity to finally spreading to the whole world as everlasting peace. 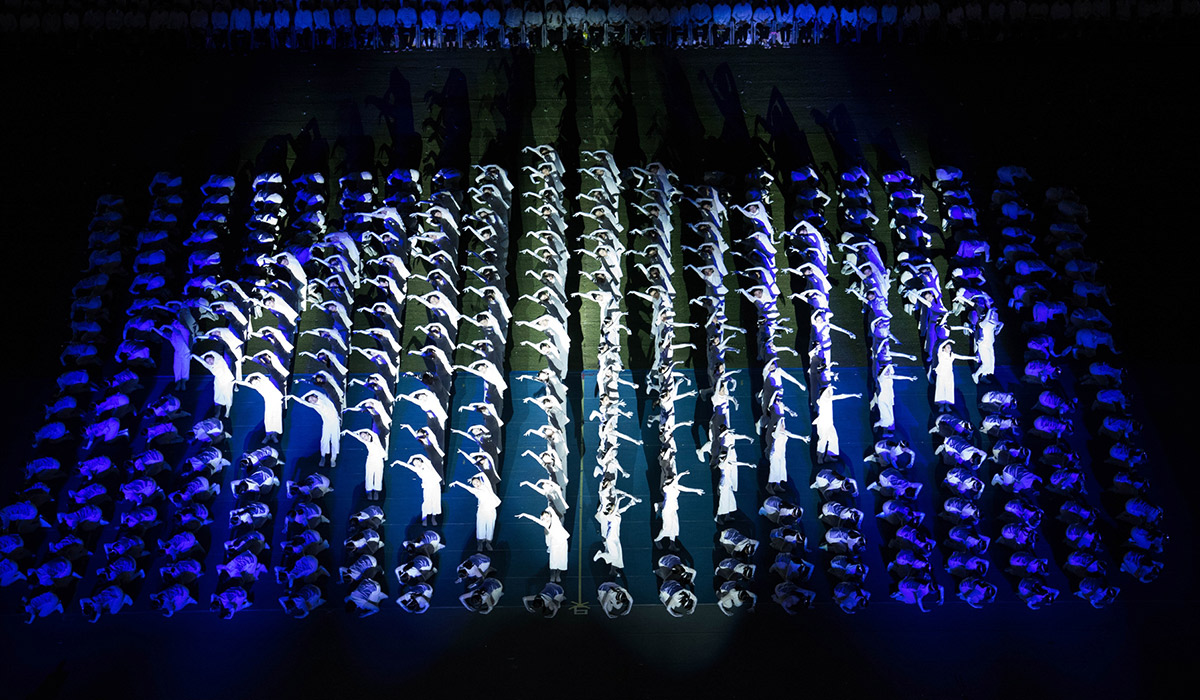 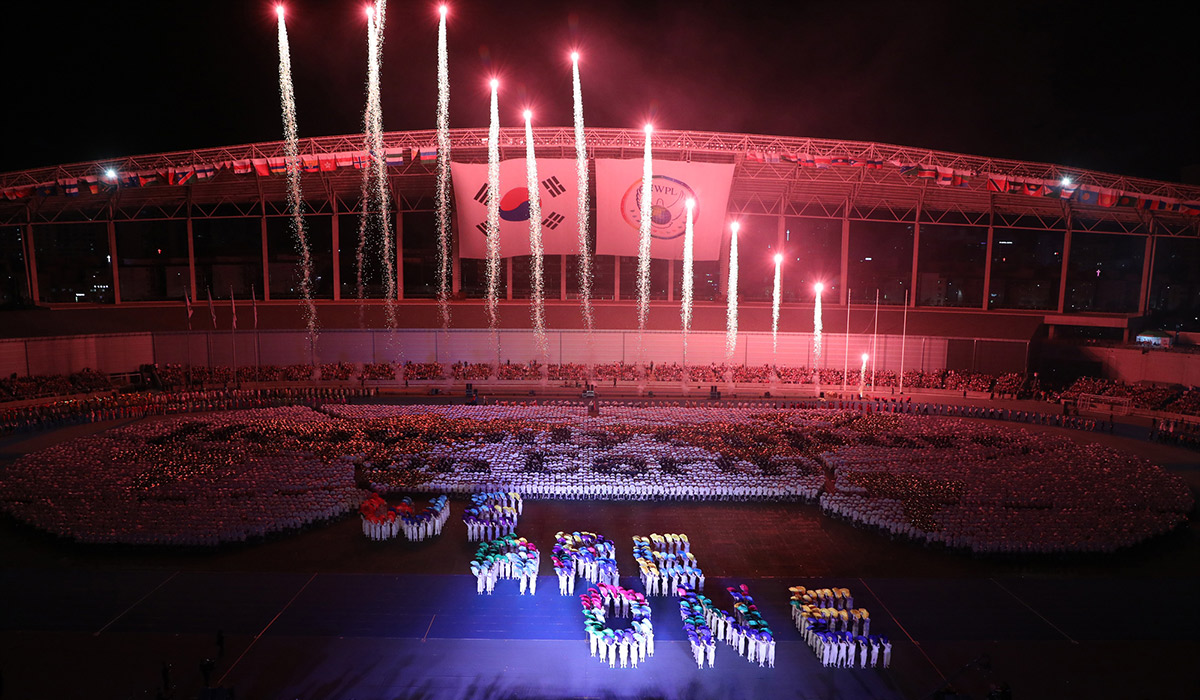 The key to putting an end to war and achieving peace is you: a person who has a heart to embrace peace. The hearts that earnestly yearn for peace resonate with the hearts of others and illuminate the world of darkness.

Our conviction and hope for peace will lead us to concrete actions and eventually to the achievement of the beautiful world of peace. Collecting moments of peace like today will create the future of peace. Our hope is that we will all live happily in the world where peace is achieved.

Beyond Korea to the Whole World… “TOGETHER FOR PEACE ! WE ARE ONE!” 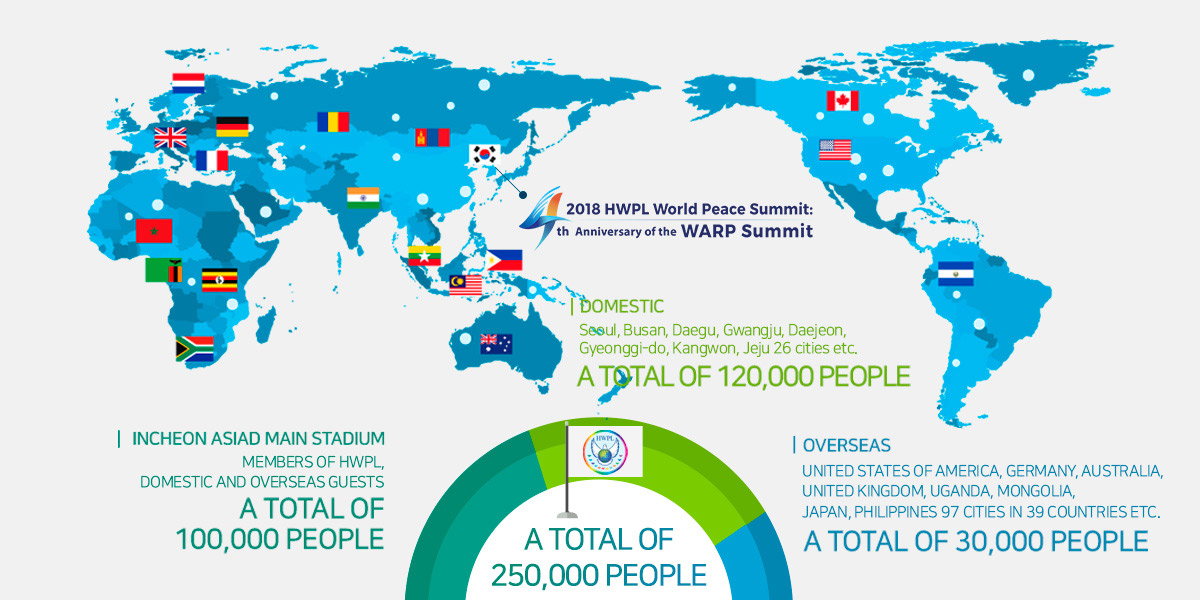 Also, 1,500 people participated in the peace marathon held at the peace festival. While going through the tragedies of war, humanity has not stopped their efforts for world peace. The marathon is a sport that can be seen as a representation of such efforts of humanity.

Many messengers of peace around the world have also run a long race to reach the goal of world peace. Instead of giving up on the goal that seems impossible to reach, if we overcome all prejudices, put selfish interests aside, and join our hearts and minds for peace, we can definitely reach the new era of peace. 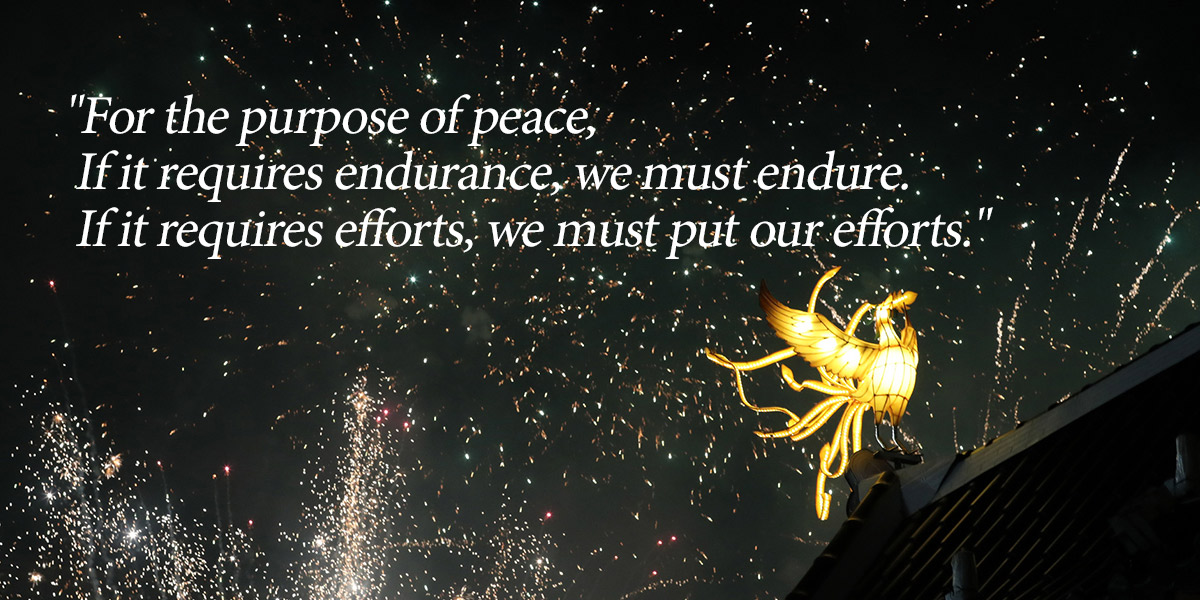 If we do it, it will happen. It doesn’t happen because we don’t try.
Every speech spoken throughout the summit by the
numerous speakers was very meaningful.

There was life, power, and hope in them.
We want to deliver these messages to the entire world.