Skip to content
Previous
Next
Published On: September 5th, 2016 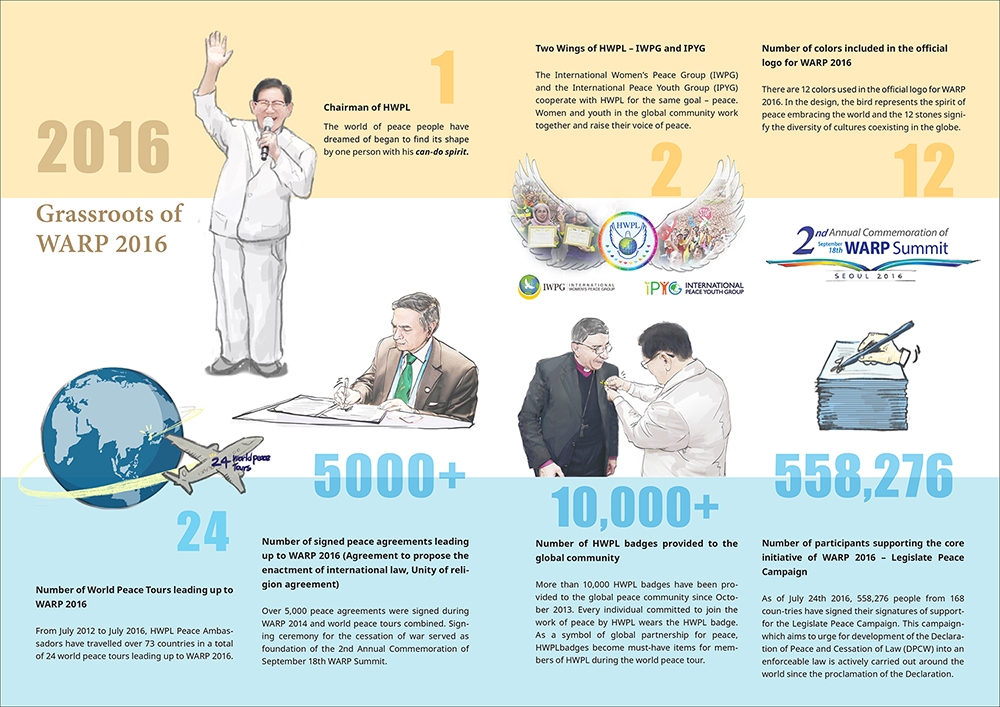 The world of peace people have dreamed of began to find its shape by one person with his can-do spirit. 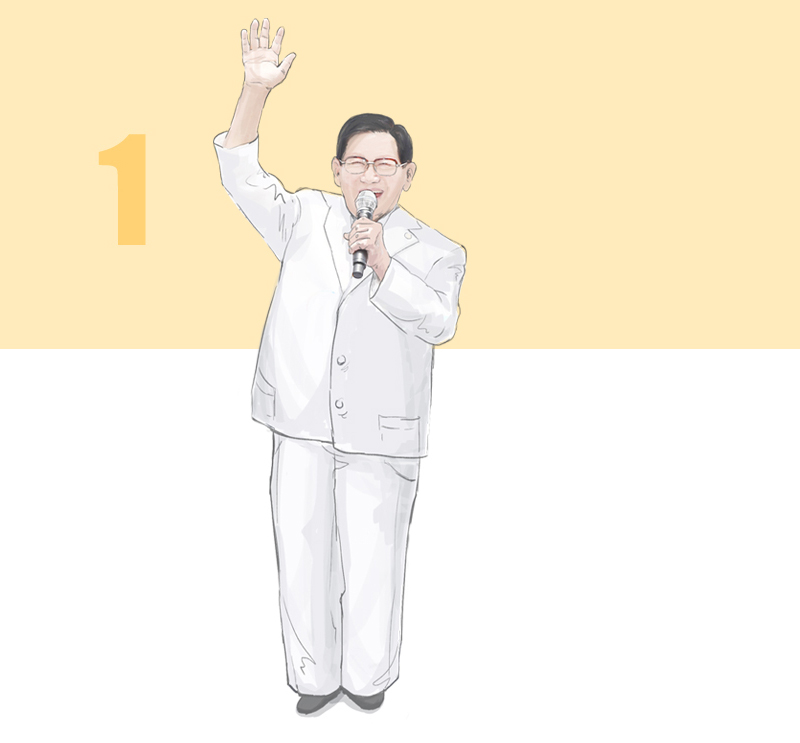 The International Women’s Peace Group (IWPG) and the International Peace Youth Group (IPYG) cooperate with HWPL for the same goal – peace. Women and youth in the global community work together and raise their voice of peace.

Number of World Peace Tours leading up to WARP 2016

Number of signed peace agreements leading up to WARP 2016 (Agreement to propose the enactment of international law, Unity of religion agreement)

Over 5,000 peace agreements were signed during WARP 2014 and world peace tours combined. Signing ceremony for the cessation of war served as foundation of the 2nd Annual Commemoration of September 18th WARP Summit.

All the participants who signed the peace agreements called heaven and earth as witnesses, and pledged to become messengers of peace under the Creator, in front of people of all nations.

Number of HWPL badges provided to the global community

More than 10,000 HWPL badges have been provided to the global peace community since October 2013. Every individual committed to join the work of peace by HWPL wears the HWPL badge. As a symbol of global partnership for peace, HWPL badges become must-have items for members of HWPL during the world peace tour. 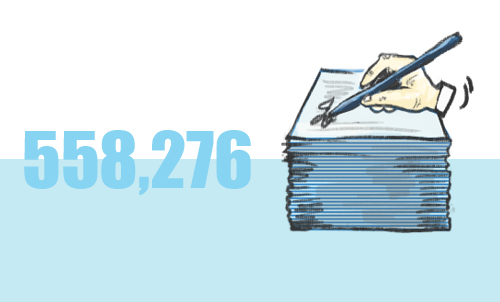 Until July 24th 2016, 536,873 people from 168 countries have signed their signatures of support for the Legislate Peace Campaign. This will be a significant turning point that contributes to legislation of peace and anti-war mechanism.

This campaign which aims to urge for development of the Declaration of Peace and Cessation of Law (DPCW) into an enforceable law is actively carried out around the world since the proclamation of the Declaration.