Skip to content
Previous
Next
Published On: July 31st, 2022

On April 29th, 2022, the HWPL Peace Library was established for the first time in Madagascar in collaboration with four local organizations, including Ank’Izy, Actions for Integrated Development (ASDI), National Consortium for Citizen Participation (CNPC) Madagascar, and Malagasy Fampihavanana Council (CFM). 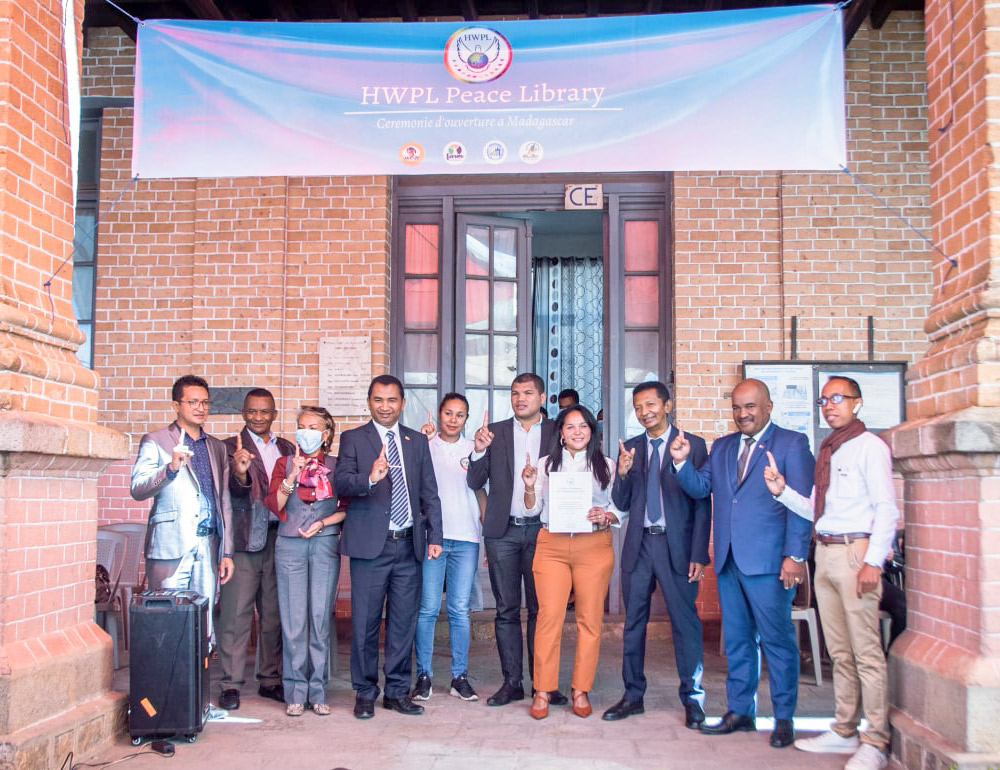 Madagascar is currently in a challenging situation where more than half of the country’s 1.3 million primary-aged children are not enrolled in school, mostly due to their economic distress. This forces them to take on the role of being the primary caretakers of their families. On top Madagascar’s poor economic state, natural disasters are posing a critical threat to the country’s educational infrastructure where cyclones alone have destroyed over 8,500 classrooms this year.

The Madagascar HWPL Peace Library is a peace project designed to give local students and citizens more opportunities to gain access to education by transforming a rarely used or deserted space into a library and filling it with books and diverse educational programs. 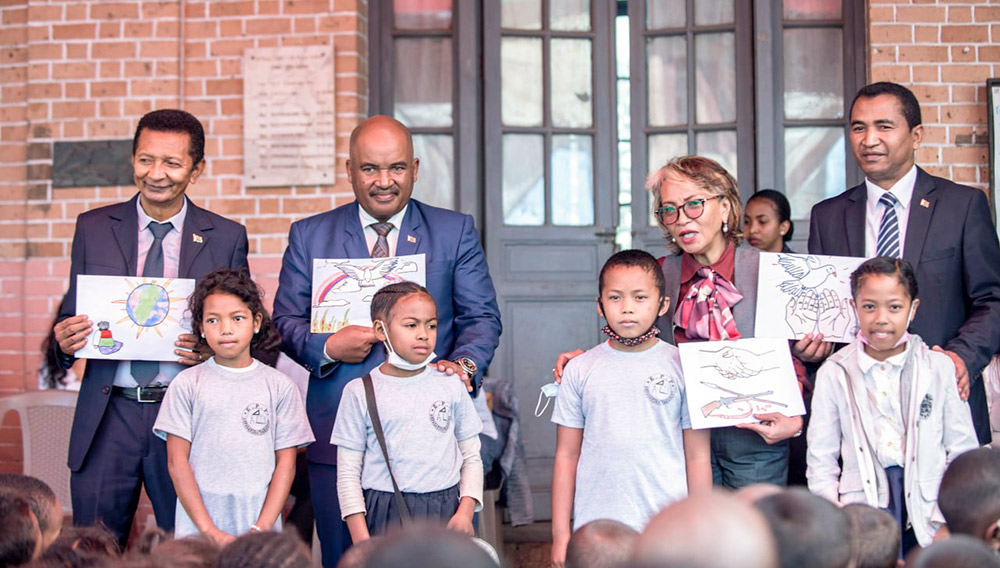 The first HWPL Peace Library in Madagascar was established at EPP Ampasandratsarahoby, an elementary school, where a space that was once damaged by a cyclone was renovated into a functional library. The renovation took place for approximately two weeks, and technicians and volunteers from HWPL dedicated their time and effort to put together the damaged space into a library. In addition, the 200 books that were donated to the school were sponsored by our partners: Mr. Richard Jean Bosco Rivotiana, Member of the National Assembly, and Association Ank’Izy. After the HWPL Peace Library was established, educational programs were conducted once a week throughout the month of May and June with the purpose of teaching the students basic education, including French, English, and the mindset of peace.

According to Mrs. Ramaroson Malala, Director of EPP Ampasandratsarahoby, the current allotted time to educate the students in the school is not enough to form a mindset of peace. In this regard, the programs of the HWPL Peace Library can be described as an “opportunity” where students can be more exposed to fundamental education.

Currently, HWPL is in the process of signing an MOU with the City of Antananarivo. The city has promised to provide financial support in transporting the donated books from abroad, and HWPL will provide gradual activity-based education within the six district libraries with its partnered organizations. Through this partnership, HWPL is not only expected to raise up to 1,000 books to donate to the facilities in need by the end of this year, but they are also expected to reach out to 192 rural and unprivileged villages within the City of Antananarivo to provide basic education and the mindset of peace.