Skip to content
Previous
Next
Published On: December 3rd, 2019

The HWPL Religious Youth Peace Camp (Religious Camp) took place on October 26th, at a Sikh temple in the city of Pocheon, Gyeonggi-do, with the purpose of understanding different religious cultures and of wishing for peace. Sikhism is one of the five major religions of the world, and the temple in Pocheon is the only Sikh temple in Korea.

HWPL Religious Youth Peace Camp is a program developed to overcome religious differences and to spread peace awareness by promoting dialogues and cultural exchanges between religions, going beyond races, beliefs, and ideologies. Seventy-two people attended this religious peace camp along with 40 IPYG members, to experience various aspects of Sikh culture in its etiquette, worship, and dining. 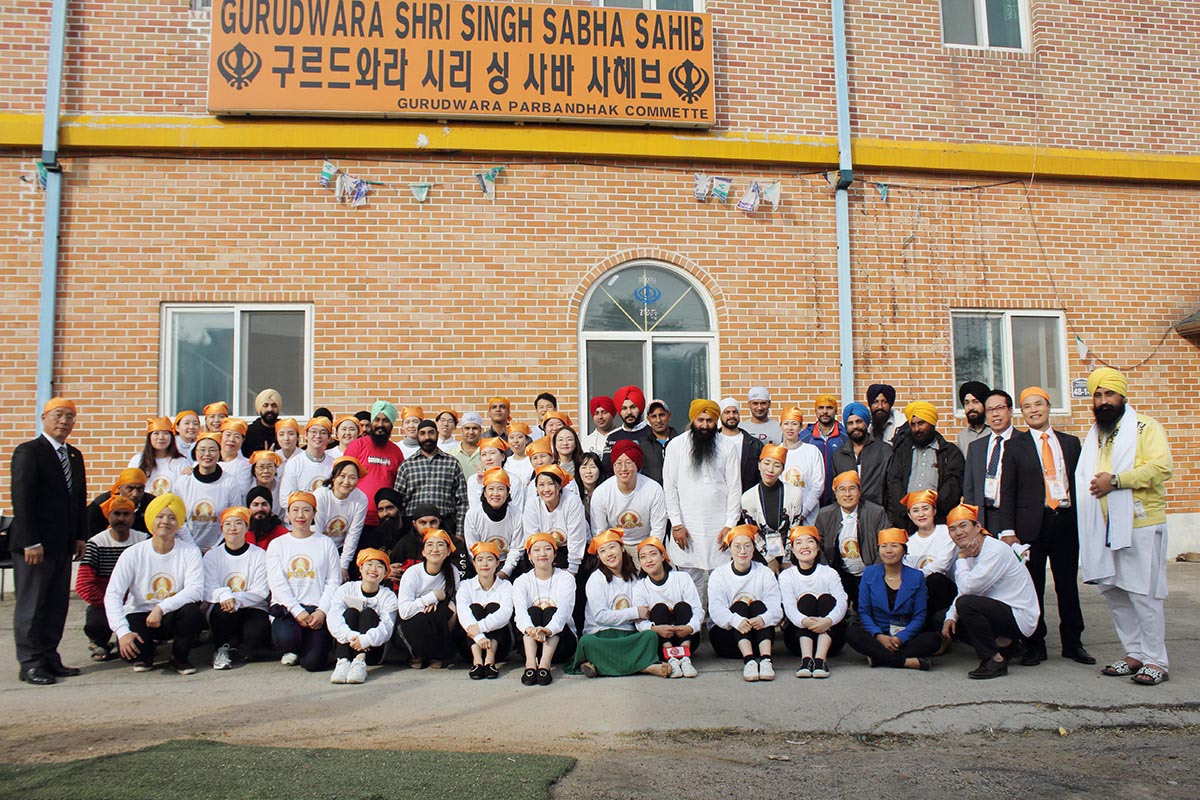 The participants followed Sikh decorum and put turbans on their heads, took off their socks, washed their hands, then entered the temple. They faced the altar, prayed, and offered up service. After service, the participants had a time to experience the Sikh dining culture. They put the tableware on the floor and sat in a line to eat chapati and curry, and also made chapati – a main Indian dish – together.

An IPYG participant, Kim Tae-jin (29), said, “It was my first time experiencing a Sikh service, and making chapati was very fun. I had a good impression today in particular because the Sikhs welcomed us with such bright smiles,” as he explained how he felt about taking part in the religious camp.

Through various other programs such as learning how to say greetings, how to put on a turban, and watching a traditional martial arts performance, the participants were able to dive deeper into their understanding about Sikhism. 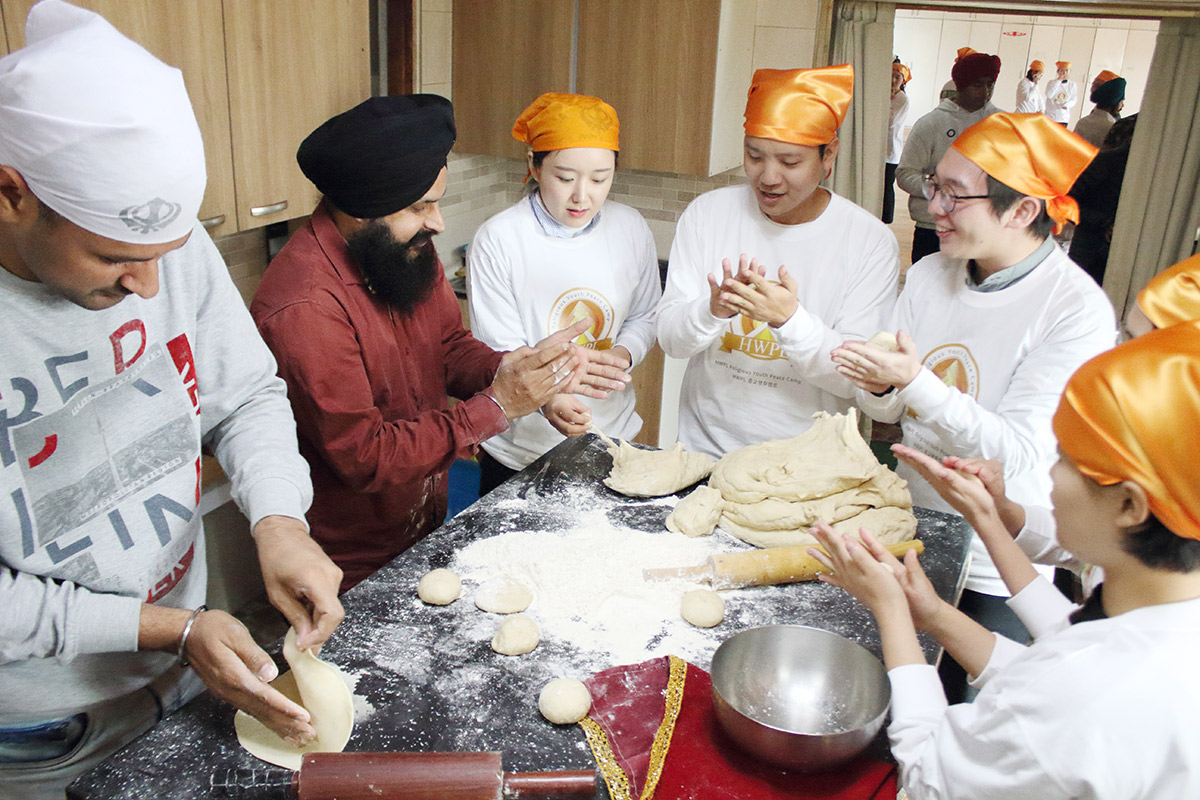 Following the cultural experiences, the participants took part in HWPL World Alliance of Religions’ Peace Office (WARP Office) in its scripture-comparison discussion, also attended by Sikh and Christian panels, and shared a time of in-depth understanding and communication.

Babaji Sovinder Singh from Gurudwara Shri Singh Sabha Sahib said, “Sikhism teaches us that we should all have to be like brothers to the same parents. If we go in this direction, world peace will surely be achieved. I believe that peace that HWPL purposes to achieve and our teachings are in the same direction. On behalf of Sikhism, I would like to thank you for your efforts.”

Song Jeong-woo, the head pastor of Hope Church of the Presbyterian Church of Korea, mentioned the importance of the WARL Office by saying, “Up until now, there have been bias and enmity between religions. However, as we can see from the reality of HWPL’s scripture-comparison discussion to foster communication between religions, I have hope that a world of peace is nearing us.”

An IPYG participant Lee Soo-ji (25) described her experience today by saying, “It was very interesting to learn about the Sikh beliefs, and I was amazed that they were the same as the purpose HWPL is striving for. I hope everyone can become united as one under peace soon.”

Prince Singh and Saranjeet Singh, the congregation members of Gurudwara Shri Singh Sabha Sahib, said, “We thank all those who visited our temple today, and we are sending a wonderful message to the world through peace education.” They also added, “I love HWPL’s understanding of peace and its definition of peace. We’ll be with you to help people around the world who need help.”

Lastly, the religious camp’s participants put their handprints on a banner that spelled out “PEACE” to close out the event.

A person related to the Southern Seoul and Gyeonggi Branch of HWPL said, “HWPL understands that a major portion of wars around the world is caused by religion, and in its effort to promote peace between religions, HWPL conducts various activities such as Religious Youth Peace Camps and World Alliance of Religions’ Peace Offices. We thank all those related to the Sikh temple who provided a place for this year’s religious peace camp, and will strive to offer even more diverse religious experiences.”