Skip to content
Previous
Next
Published On: November 26th, 2017 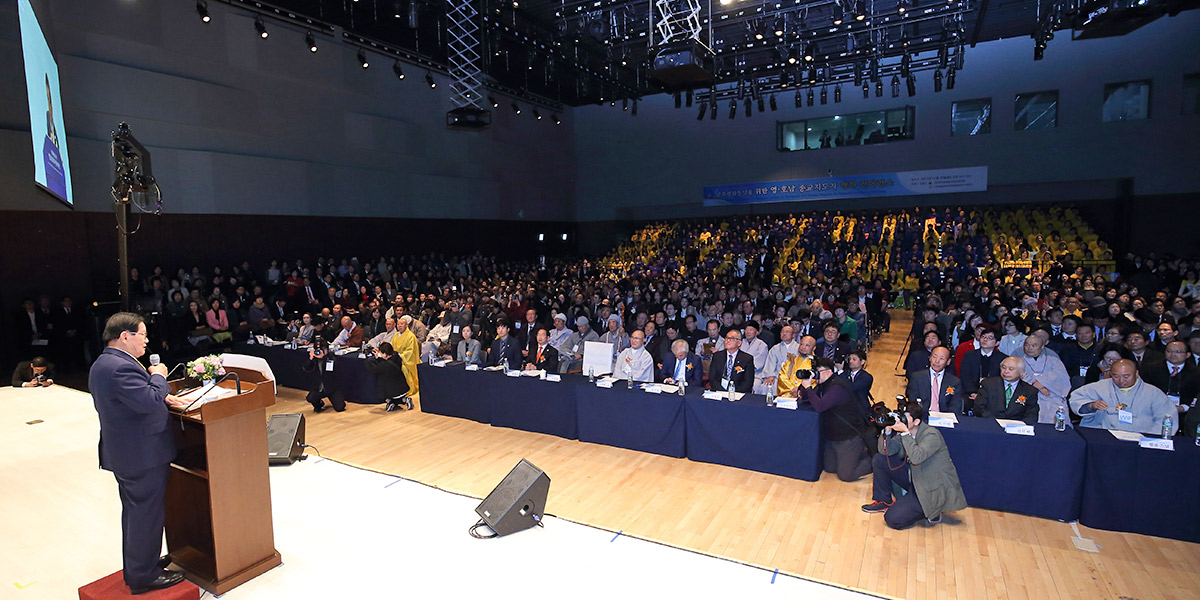 On November 25th, 1,200 social representatives, including youth and religious leaders, gathered at the “1st Peace Conference of Religious Leaders in Southeastern and Southwestern Regions for the Reunification of Korea” to discuss spreading a culture of peace and preparing action plans for the peaceful unification of the two Koreas in Daegu Metropolitan City, South Korea. 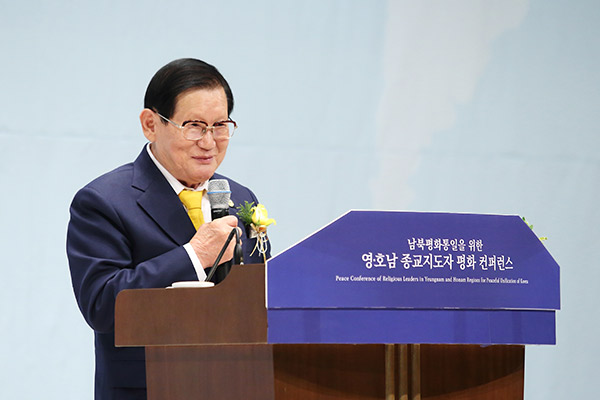 Mr. Man Hee Lee, Chairman of Heavenly Culture, World Peace, Restoration of Light (HWPL) which is under the UN ECOSOC and the organizer of this conference, delivered his speech on the need for the peaceful unification of Korea through the leadership of civil society, using the example of the German case.
Chairman Lee proposed the formation of a civil society network at the global level, as well as the legalization of the 10 Articles and 38 Clauses of the Declaration of Peace and Cessation of War (DPCW) and the World Alliance of Religions’ Peace Offices, for dispute resolution on the Korean Peninsula and within the international community.

He drove his point home on the independent and peaceful unification through dialogue between the two Koreas, stating, “All guns must be put down immediately. We are one nation and one people. Why is it that we cannot step on our own land?” He also mentioned that the unity of religious scriptures and interfaith harmony are a shortcut towards global peace. “Regarding religious peace, worldwide, many are participating in the HWPL WARP Office meetings to thoroughly examine each scripture to study and confirm the trustworthy ideas and concepts. When religious texts become united, religions will be united.” Chairman Lee again emphasized the importance of individual participation for peace, “I also cordially ask all citizens to become peace messengers to achieve international peace as a whole.” 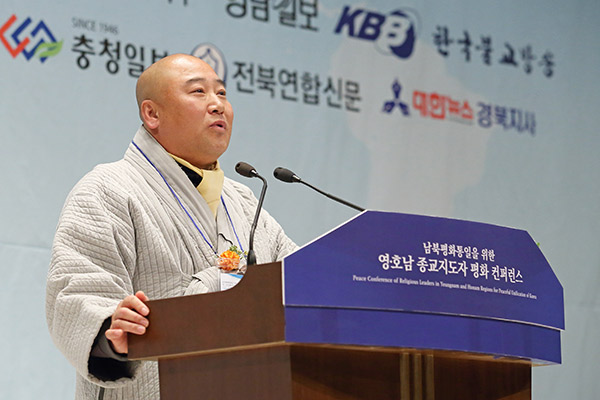 Ven. Bup Ryun, chief priest at Kumdang Temple, pointed out that religious leaders are responsible for leading the work of peace and that one way of engaging in such a task is through HWPL’s World Alliance of Religions’ Peace (WARP) Offices which promote the collective peacebuilding efforts by religions. “Now is the time religious leaders stand at the front for peace, a long-cherished wish of all humanity. The wall blocking religions will collapse as a result of our efforts of understanding based on a comparative study of religious scriptures.”

At the end of the event, the participants signed a peace agreement containing a resolution to support HWPL’s initiative for the cessation of war and world peace and to participate in projects for peace and religious harmony in the Korean peninsula.

During the nuclear test by North Korea in September, HWPL hosted the 3rd Annual Commemoration of the WARP Summit to advocate collaborative governance for peacebuilding with the participation of 200,000 social representatives from the fields of politics, religion, media, education and women. 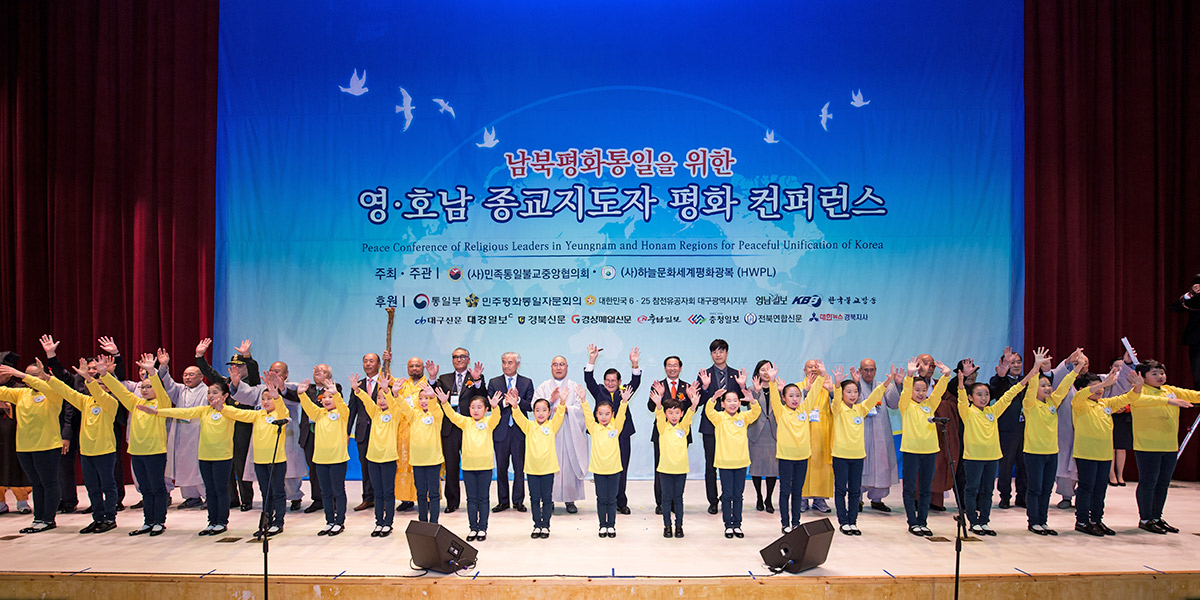