Lesson 3. What Broke Peace in the World of Humankind 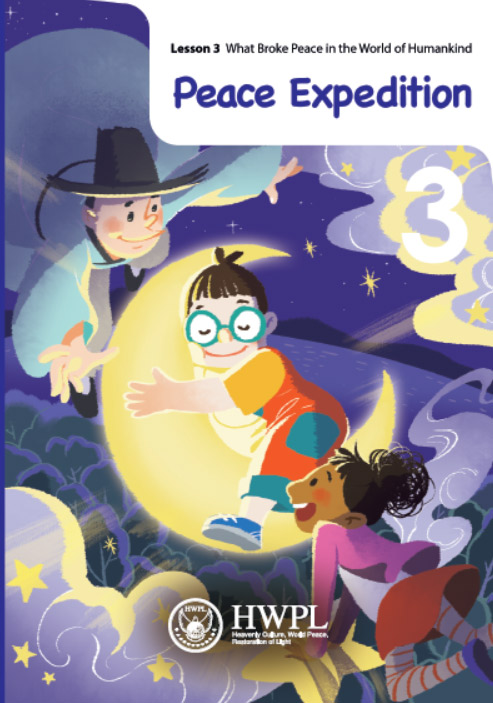 Section 1. Greed That Has Broken the Peace
The root cause of conflict and war is man’s excessive greed. There were the Crusades, the Thirty Years’ War, the Atlantic Slave Trade, the Holocaust, the Apartheid, World War I and II, the Cold War, etc. We can take a closer look at the greed of man that started the war in each era. Using historical events as a mirror, we can consider how we can build the defenses of peace in our minds.

To fundamentally resolve conflict and war, it is important to know the origin and the cause of how they began. However, it is difficult to solve the problem simply by identifying the superficial and individual causes. Just as one cannot treat a tuberculosis patient who is vomiting blood by only examining their eyes and nose, conflict and war can only be resolved by approaching the root cause. The primary cause of conflict and war is greed. Greed, which even various religious scriptures warn about, was the direct cause of violence, exploitation, rape, murder, and racism. Furthermore, the emotions that arose secondarily from experiencing these problems, such as anger, hatred, resentment, and vengeance, reproduced conflict and war. Over the years, this process has been repeated hundreds and thousands of times. Eventually, it has led to a situation in which wars now seem impossible to resolve.

How can we solve the problem of greed that we can neither see with our eyes nor hold in our hands? The solution is love. The values of peace, such as gratitude, consideration, sacrifice, and forgiveness based on love, are the driving forces to overcome greed. Love motivates us and gives us the courage to take action to control greed. The value of peace, that is love, can be internalized through education.

Until now, we have acted as though we have never experienced war or sensed the dangers of a war. We think that war has nothing to do with us. Peace is only found after wars. Our endless greed made us quickly forget the pain our parents’ generations suffered during the war. Must we repeat the same mistakes we have made for the past thousands of years? Let us now abandon the ideologies of the previous era that blindly pursued greed and let us open a new era of lasting peace that practices love.