Skip to content
Previous
Next
Published On: February 10th, 2017

Georgia – On November 19th last year, the Model United Nations (MUN) was held by university students in Tbilisi, Georgia. MUN is an academic organization for students to experience and learn about international relations and the United Nations through observation and participation in a simulation of UN meetings.

The Declaration of Peace and Cessation of War (DPCW) was introduced in this MUN and the participants wrote their signatures of support for the peace activities performed by HWPL based on the DPCW. In her interview, Khatia Kobalia, CEO of Georgian Model United Nations (MUN) Association, expresses her passion for peace in our world. 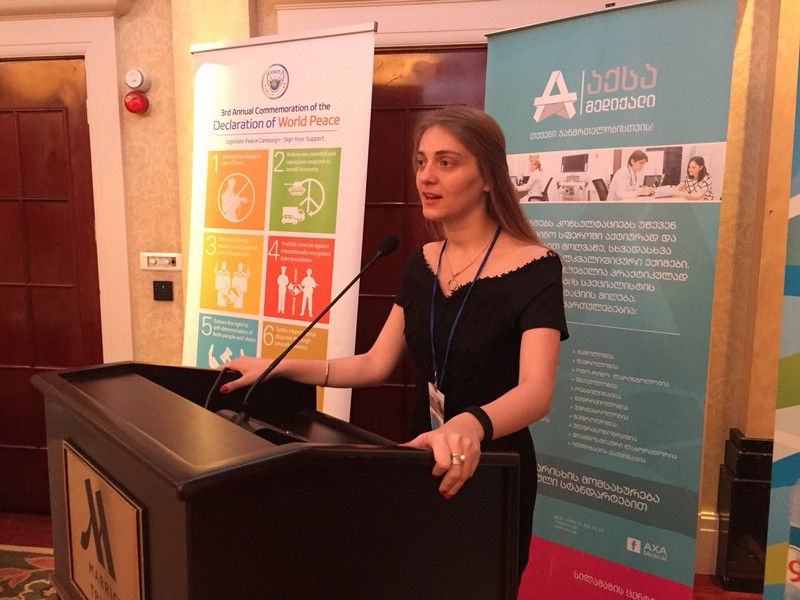 Q. Could you introduce the MUN in Georgia briefly?

A. The MUN in Georgia has been operated over 3 years with 5 participating members. Model United Nations, also known as Model UN or MUN, is an educational simulation and/or academic competition in which students can learn about diplomacy, international relations, and the United Nations.

MUN involves and teaches researching, public speaking, debating and writing skills, in addition to critical thinking, teamwork, and leadership abilities. Participants in Model UN conferences, known as delegates, are placed in committees and assigned countries. They are presented with their assignments in advance, along with a topic or topics that their committee must discuss.

Delegates conduct research before conferences and formulate positions that they will then debate with their fellow delegates in the committee, staying true to the actual position of the member they represent. At the end of a conference, the best-performing delegates in each committee, as well as the delegations, are sometimes recognized with awards.

Q. What is the interesting point of IPYG and the DPCW?

A. In the end of 2016, we had a meeting with HWPL’s delegation team. At that time we explained briefly about our respective organizations and current activities. When I heard about IPYG and HWPL, it was especially interesting to see that the younger generations can play a main role in achieving world peace and solving problems in the international society.

Through active cooperation with the youth, we can leave world peace to the next generation. So, we invited the HWPL delegation to our MUN and during each session they introduced HWPL and IPYG’s peace activities to the other delegates.

Q. How did you start to cooperate with IPYG? How was it?

A. The delegation team from HWPL introduced IPYG to me and all my delegates (about 200 delegates in total in Tbilisi, Georgia). I’m sure that the MUN can help Georgian youths think about international issues. In this situation, I thought IPYG and HWPL could give more enlarged experiences to Georgian youths. Also, this cooperation would help HWPL to become more active in Georgia. 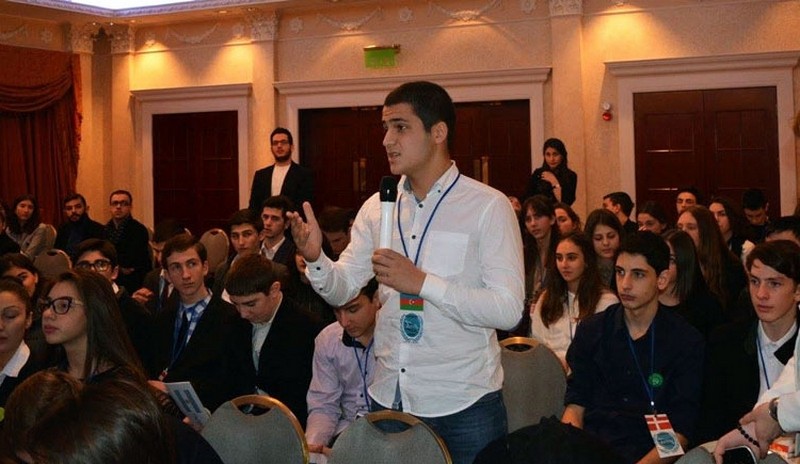 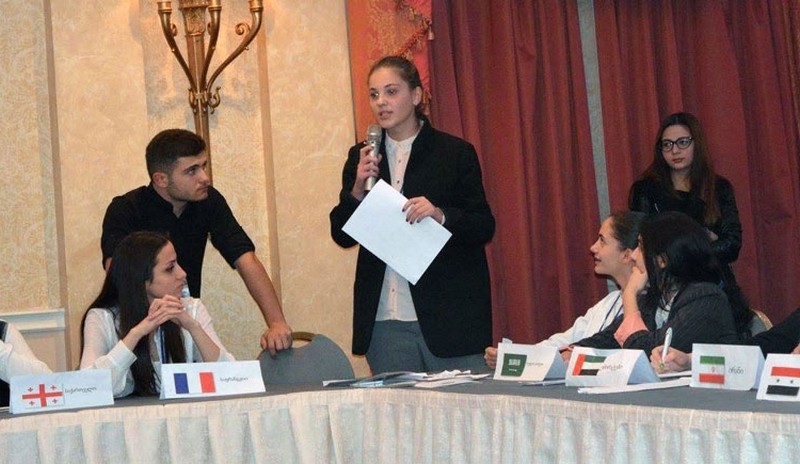 A. For upcoming events, at the end of March or the beginning of April 2017 we will run the Spring MUN session. There will be 5 committees and 8 sessions. The DPCW will be discussed in the Human Rights session because the contents it contains are closely related to human rights. Also through the MUN simulation, we will develop a solution and working action plan that can be adopted in real society.

Q. What do you expect through your cooperation with IPYG?

A. Oh it is hard to express expectations in detail. But first of all, applying the DPCW in our MUN session, specifically in the Human Rights session, could be a good source of ideas. And in the future, we can contact more universities and expand our cooperation in Tbilisi.

I hope to plan and move forward towards increased cooperation, as well as connect Georgia’s MUN and South Korea’s MUN Khatia Kobalia, CEO of Georgian Model United Nations (MUN) Association, dedicates herself to raising awareness of global issues for the youth in Georgia and encouraging their participation in peacebuilding efforts.