HWPL is now creating a new history with its peace movements, opening the new era of world peace in which war and conflict no longer prevail. Leaders and civil society actors from various sectors of the world rallied together in light of HWPL’s evoking appeal, ‘Together for Peace as Messengers of Peace,’ and are now actively participating in this work of peace.

Prior to today’s event, an award ceremony took place where 18 members of the HWPL International Law Peace Committee received Appreciation Plaques. Chairman Man Hee Lee conferred the plaques to acknowledge the very special efforts that the committee has put in to issue the ‘Declaration of Peace and Cessation of War (DPCW)’ with its 10 articles and 38 clauses, which is the material for achieving world peace.

The HWPL International Law Peace Committee was initiated at the 1st Annual Commemoration of the WARP Summit that was held in September 2015. The committee was formed with distinguished experts in law, all of whom agreed to make a peaceful world without wars and vowed to compose those laws together. Three official summits were held since that time, until the DPCW’s 10 articles and 38 clauses were publicized to the world on the 14th of March 2016. Through the summits, the members of the committee again affirmed to put forth their best efforts to attain the support of the people in their countries; particularly, through specific action plans for women and youths that were suggested.

Following the Appreciation Plagues, the Certificates of Appreciation were given to six honorable recipients, including Park Keun, the former UN Ambassador. They were acknowledged for their efforts in spreading the culture of peace, advocating for the implementation of the DPCW, working for religious reconciliation, and making progress towards the peaceful reunification of Korea.

‘Arirang,’ the Korean traditional song, resonated throughout the field following the award ceremony. The lyrics of this song conveyed the message ‘over the hills we go, into the world of peace.’ This was paired with the vibrant performances, including traditional musical instruments, dances, songs, and martial arts, that were beautifully put together to exhibit the scene of peace being achieved on Earth.

As the high-spirited performances of the fan-dancers, drummers and colorful banner performers continued, a Korean mask dance combined with martial arts displayed a breathtaking and animated spectacle of the end of wars and the global family of peace ambassadors bringing world peace.

The following performance of the Korean traditional percussion band ‘Cha-san Nong Ahk Dae’, playing along with a lively dance and folk music, filled the field with the vibrancy of a ‘Dae-Dong festival’, which means ‘to become one and big.’ This symbolized the place of unified global peace. 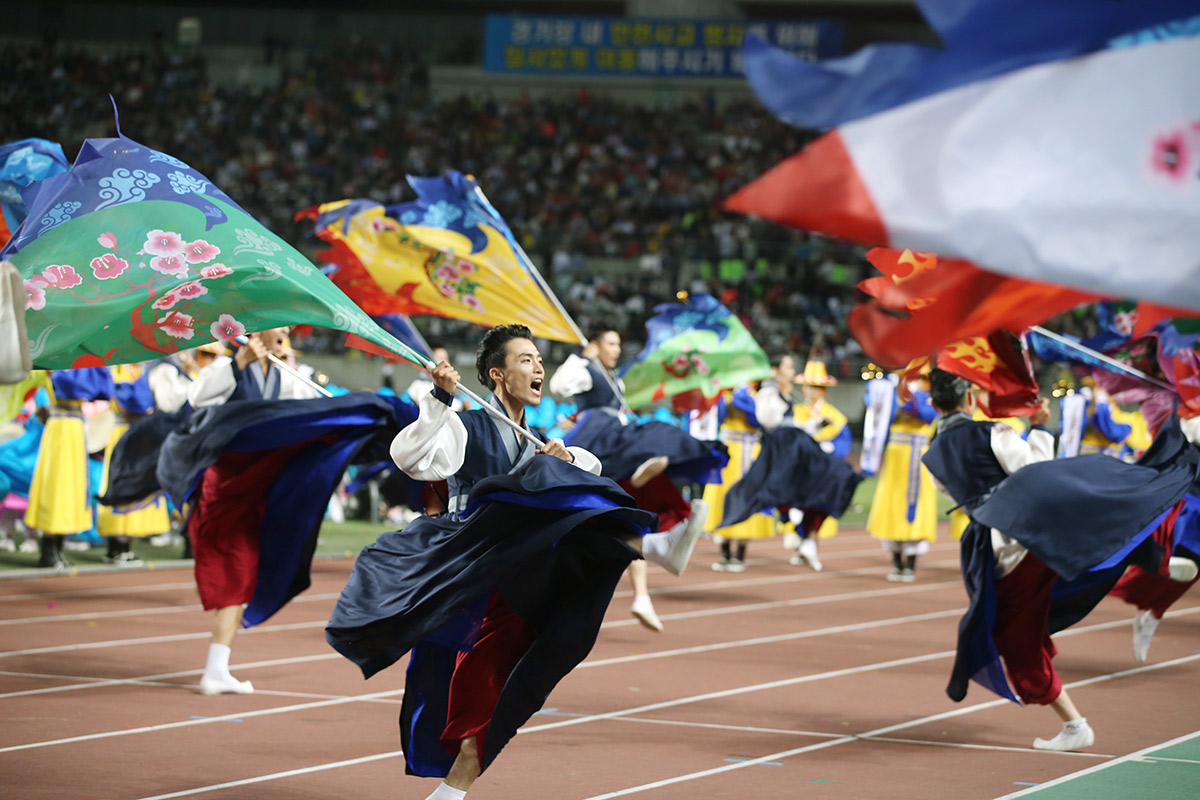 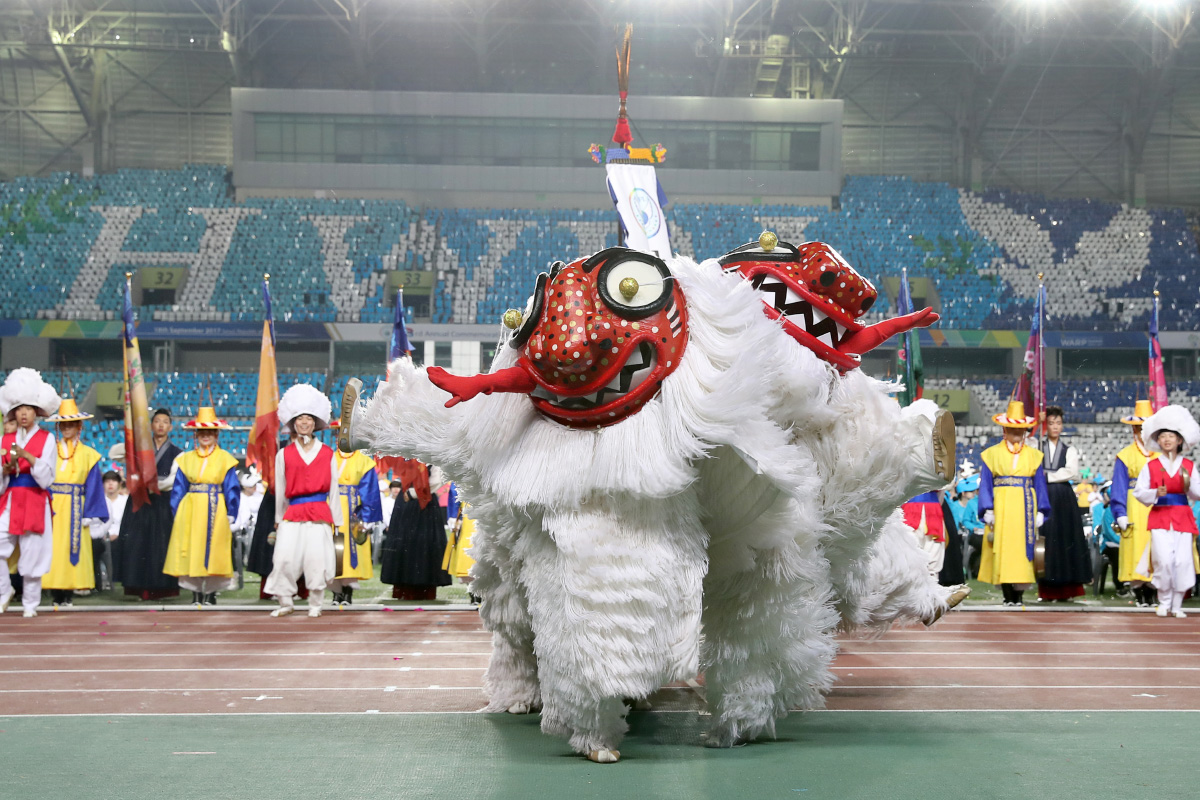 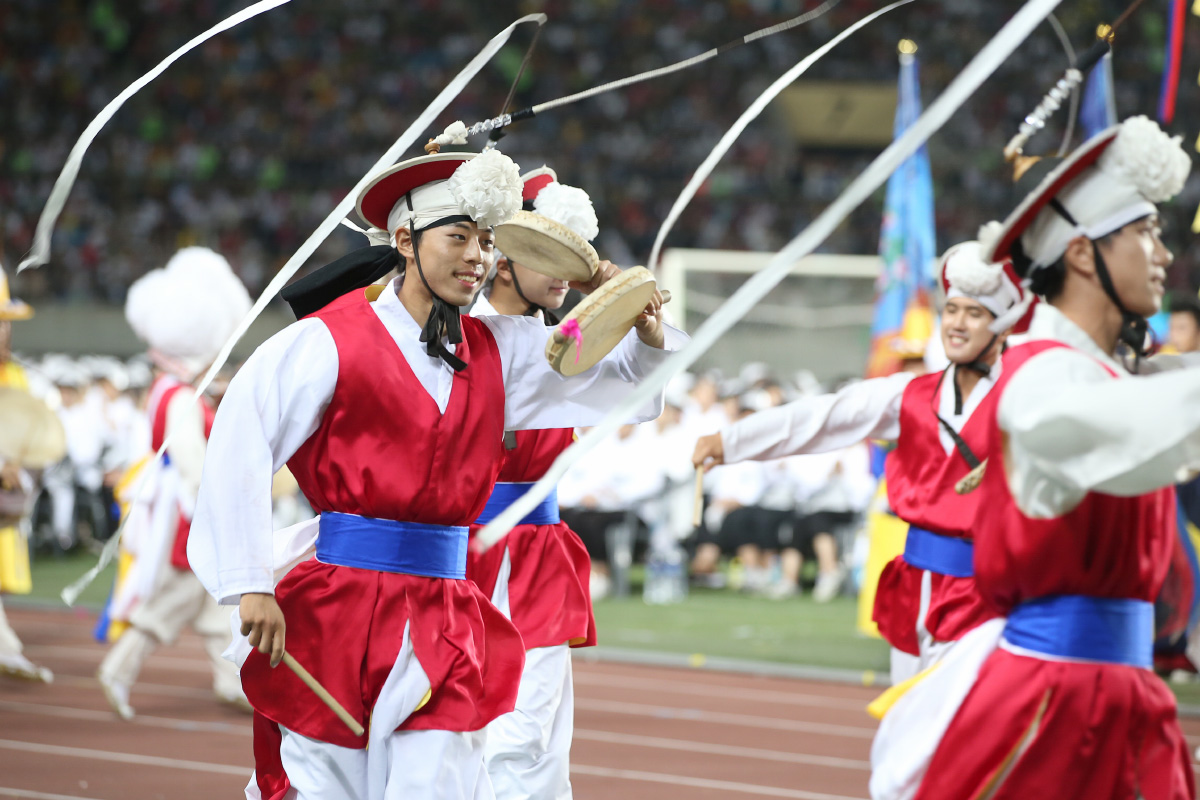 Hyun Ji Kang, a member IPYG as well as the performer of ‘Arirang’, shared how she prepared for the performance. “Getting ready for the peace Arirang performance of ‘not da ri balb ki’ (a traditional game where one walks across the backs of others), I learned about coming together and sacrificing for each other. There are differences among nations, ethnicities, cultures, and religions. However, in the process of demonstrating world peace through Korean traditional culture, I have hoped for the world to become like the peace festival where there is no discrimination of any sort.”

Shouting ‘WE ARE ONE’: Transcending National Borders and Ethnicity

The motto of HWPL, ‘Make peace as the legacy to pass on to the future generation’, has brought the family of peace together for one purpose: create world peace that transcends over the borders of nation and ethnicity. In the waves of peace felt from the festival, all participants, who had different religions, cultures, and lifestyles, had the same heart desperately wishing for peace to be brought on Earth.

The participants, numbering over one-hundred thousand, full of exhilaration and inspiration, rejoiced in the peace festival. 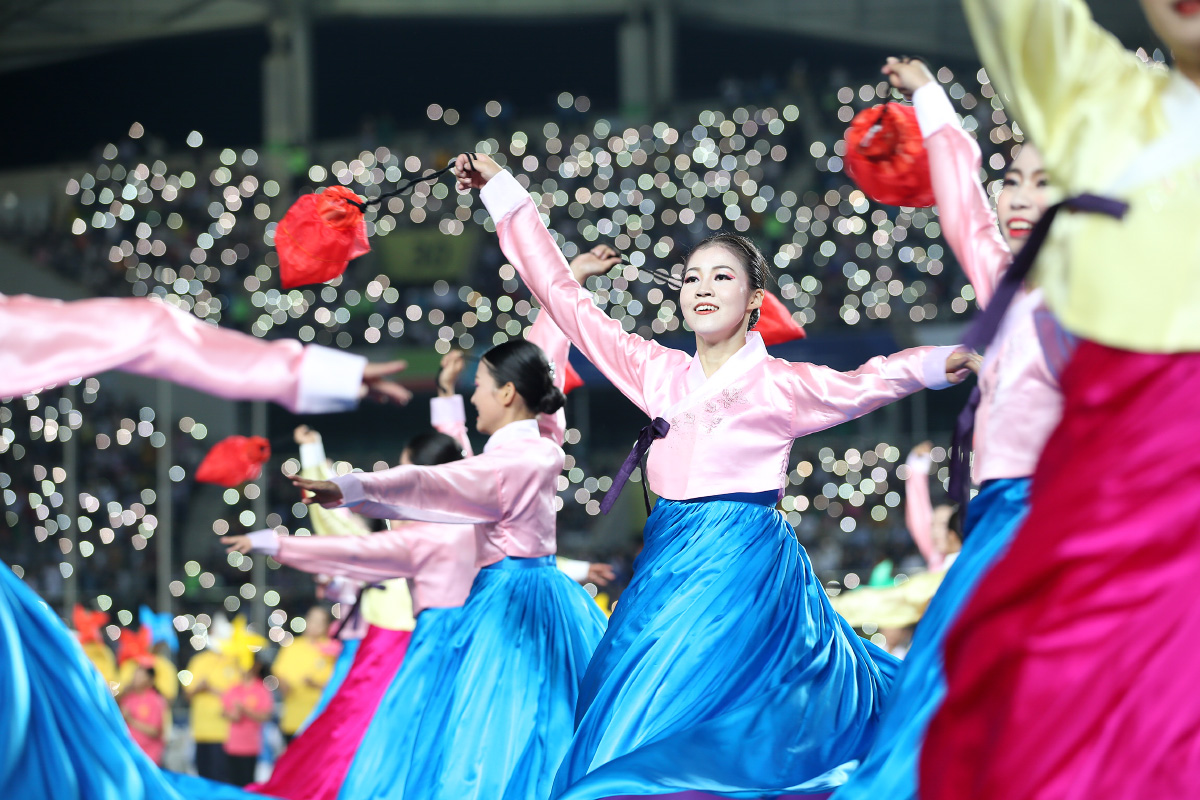