Skip to content
Previous
Next
Published On: February 2nd, 2022

On January 24th, the ‘8th Anniversary of the January 24th HWPL Day of Peace,’ which was the international peace conference celebrating the Peace Day, was held virtually and over 22,000 social representatives from 51 countries attended. The event commemorated a civilian-led peace agreement made between the Islam and Catholic communities in Mindanao 8 years ago. 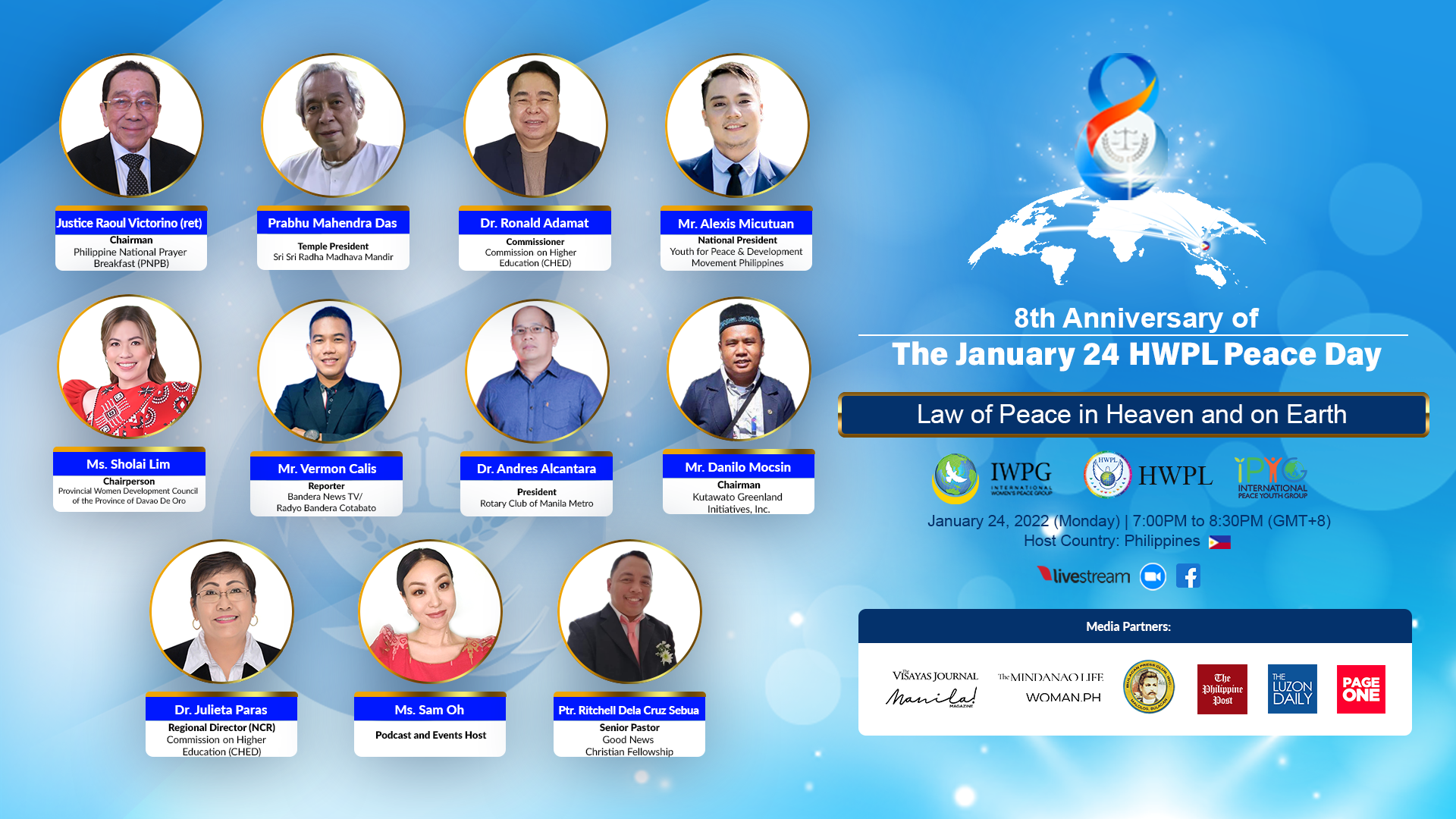 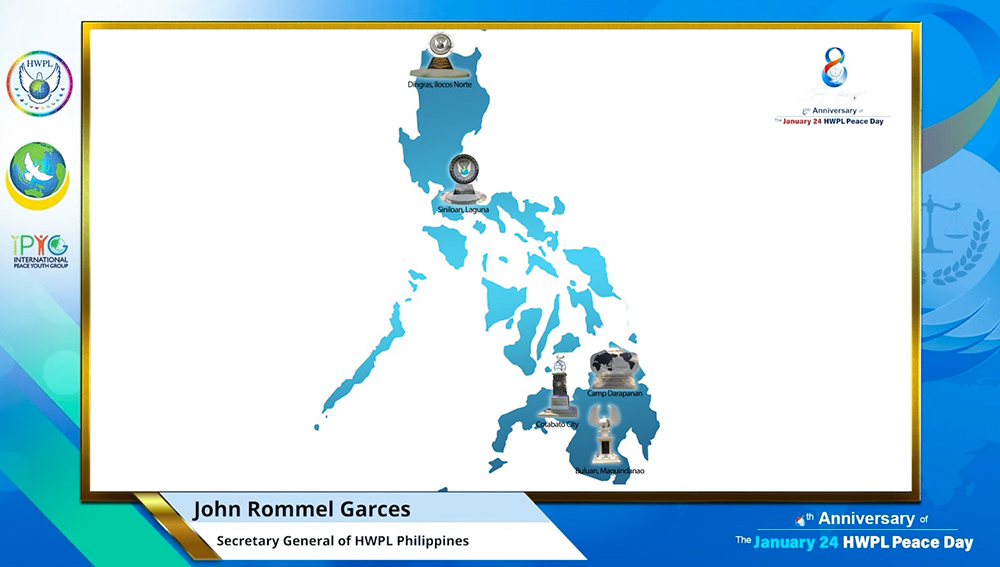 The event, under the theme of “Law of Peace in Heaven and on Earth”, aimed to promote interfaith harmony between religions and raise public support to establish an international law for peace.

Prabhu Mahendra Das, Temple President of Sri Sri Radha Madhava Mandir, stated that he decided to participate in the World Alliance of Religions’ Peace (WARP) Office organized by HWPL as “a global platform for religious leaders to talk, share, discuss, learn, and grow together harmoniously and peacefully.” For the contribution to peace in the field of religion, he added, “I firmly believe that all religions should enter into a partnership through the form of a Memorandum of Understanding.”

Justice Raoul Victorino (ret), Chairman of Philippine National Prayer Breakfast (PNPB) and Dean of the College of Law of Philippine Christian University (PCU), shared how he was inspired by the “revolutionary movement” that HWPL initiated to endorse global peacebuilding through the draft of the “Declaration of Peace and Cessation of War (DPCW),” which was created by global experts in international law to advocate peace as a global culture and norm. He declared, “I will strive to get the support of the President of the Philippines for the National Solidarity Support of DPCW. At the same time, I will integrate DPCW [education] in the college of law by collaborating with the Philippine Association of Law Schools.”

Also, representing the Philippines education sector, Commissioner Ronald Adamat of the Commissioner on Higher Education (CHED) shared, “The CHED Commission en Banc has issued an endorsement to President Duterte, urging him to declare January 24 as ‘National Peace Day’, that will provide for simultaneous celebration and observance of peace through peace activities, events, and ceremonies by all instrumentalities and agencies of government, including the private sector. This shall also be celebrated and observed in the education sector.”

Dr. Julieta Paras who is Director of National Capital Region of Commission on Higher Education said “Academic research writings on the International Law of Peace – the Declaration of Peace Cessation of War, DPCW; the World Alliance of Religion for Peace (WARP) Offices; and Peace Education – must all take root in all colleges and universities, then to progress to the Graduate and post-graduate levels.” She also declared, “Through HWPL, we in the academic sector shall take this role in putting this legacy of peace into writings published as peace journals. This will become a powerful instrument that can transform the hearts of the people and that will awaken their spirits of peace.”

Danilo Mocsin, Founding Chairman of Kutawato Greenland Initiatives (KGI), said “Mindanao is my birthplace. It is where I grew up. From childhood, I have seen with my own eyes and experienced firsthand the atrocities of wars and conflicts. Being able to witness it firsthand made me think that there is no hope in channeling peace with each other.” He then said “What happened 8 years ago, when Chairman Lee visited the Philippines and mediated the Mindanao Peace Agreement, is the main reason why we are here today celebrating the remarkable Peace Day established by HWPL. Now the significance of this January 24th HWPL Peace Day is spreading out in the hearts of every individual around the world.” 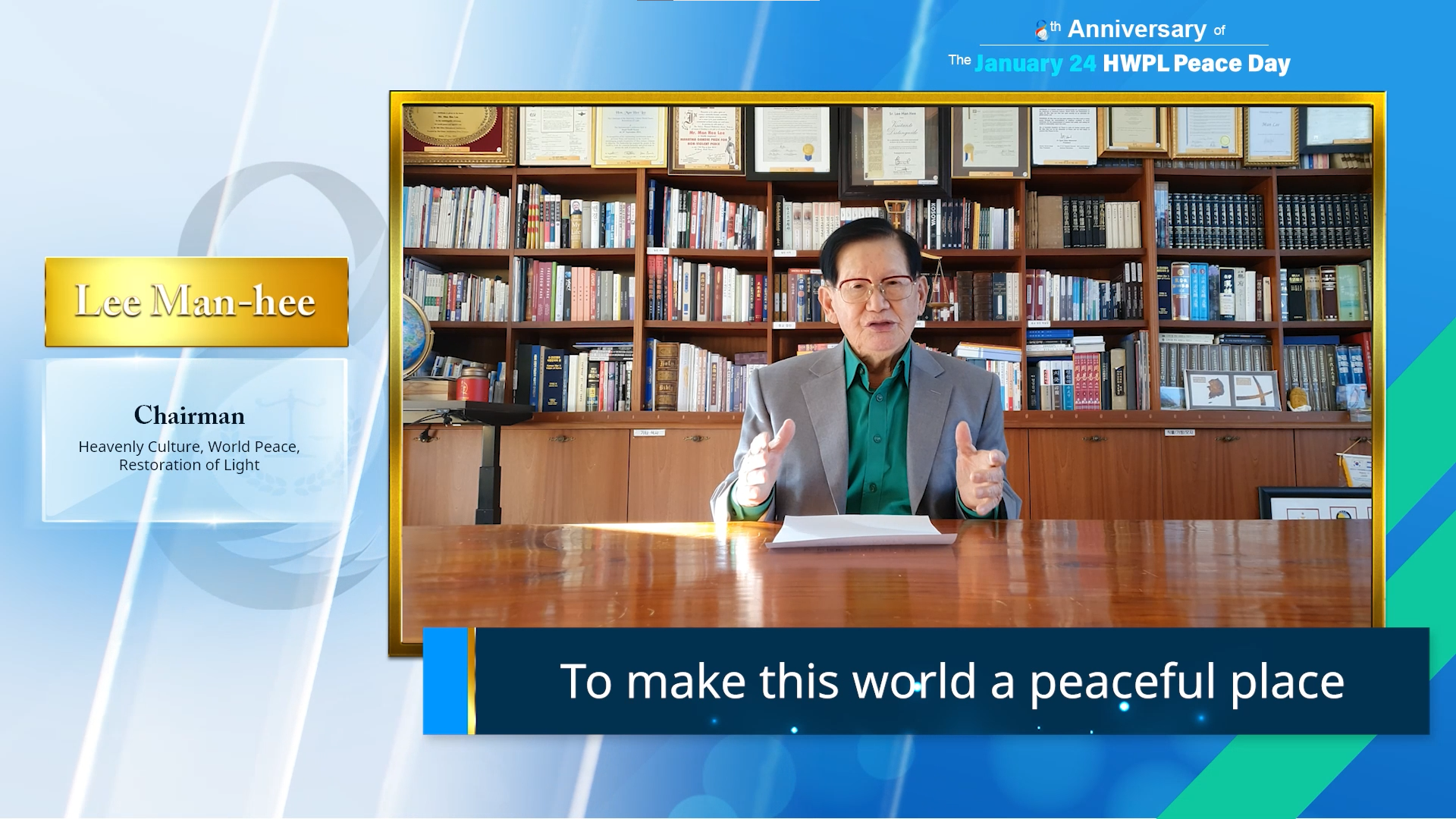 “Our purpose is to bring all people in the world together to create a world of peace and leave it as a lasting legacy for future generations. To make this world a peaceful place without wars, let us become messengers of peace. Let us remind people around the world of that emotion—a longing for peace—and of the Peace Day so they can remember all of this forever,” said Chairman Lee during the closing remarks.