Skip to content
Previous
Next
Published On: January 18th, 2018

Peace Messengers who Enlivened the Year 2017

For HWPL, the year 2017 was a quantum leap forward in terms of successful global peace advocacy projects; including, the Legislate Peace Campaign for the establishment of an international law for peace and the WARP Offices working for religious harmony. Such progress, to a large degree, can be attributed to the journalists who contributed to spreading the news of peace in every corner of the world. The following article presents two of these special messengers of peace who are working with HWPL as journalists.

From a country where prolonged violence and conflict have been a prevailing condition that threatens the daily lives of people, Mr. Stojkovski is a direct witness who is deeply aware of the role of the media in peace building. He says that the media and international cooperation are the driving forces that lead to the restoration of stability and solidification of democracy.

As one of the main speakers at the Conference for the Global Peace Media Network in the 3rd Annual Commemoration of the WARP Summit, he stated, “Daily reporting on peace initiatives and activities, like the ones that HWPL is conducting, is the best way for journalists to help towards the cause of world peace and in my opinion every journalist needs to be dedicated to this cause.” 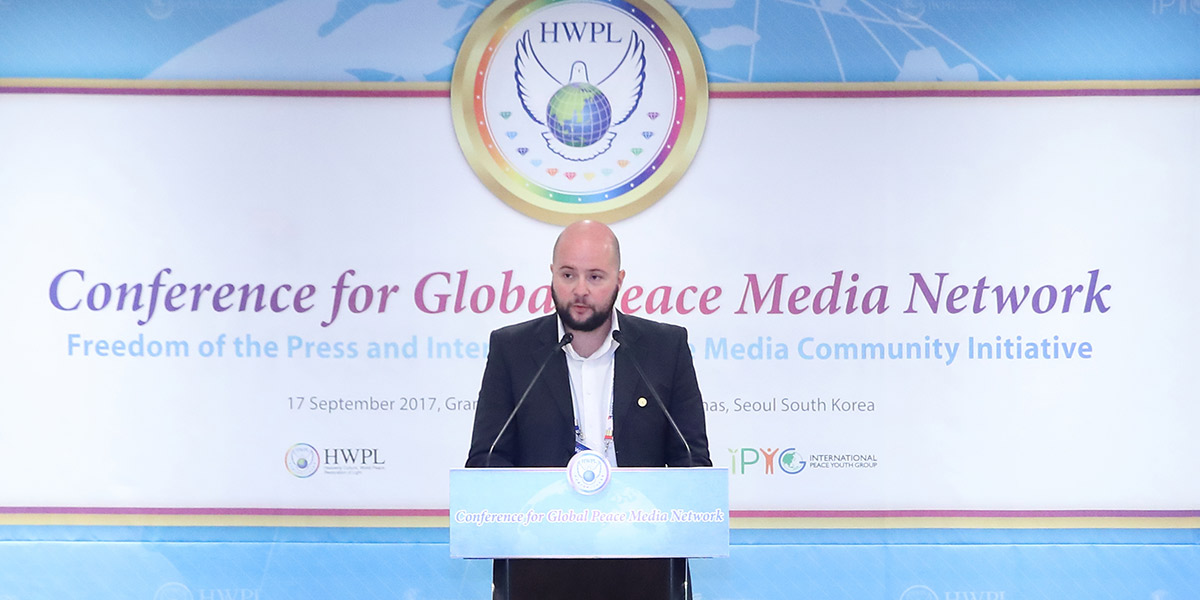 Regarding the need for establishing a global media network for peace with the advantage of diverse approaches in conflict resolution, Mr. Stojkovski also highlighted that journalists around the world should engage themselves in openly sharing their knowledge and experiences.

“The international cooperation between professional journalists is something that can always contribute towards strengthening the media sector and thanks to HWPL, this will be a reality. I strongly believe that everyone can make a difference and as a journalist, by participating in this network, everyone can do his part to promote peace activities and to help achieve global peace.” Passion was evident in every work spoken during his speech.

Dedicated to working as a journalist for 10 years, as well as participating actively as an HWPL Publicity Ambassador, he mentioned that his partnership with HWPL is one of the highlights of his career and it is something that he is extremely proud of.

Despite rich cultural assets and natural resources that can enrich human civilization, Africa is currently facing the dim prospect of a bright future caused by political unrest stemming from ethnic and religious conflicts, subsequent migration to neighboring countries, poverty, lack of education and welfare and continual violation of human rights including forced labor. 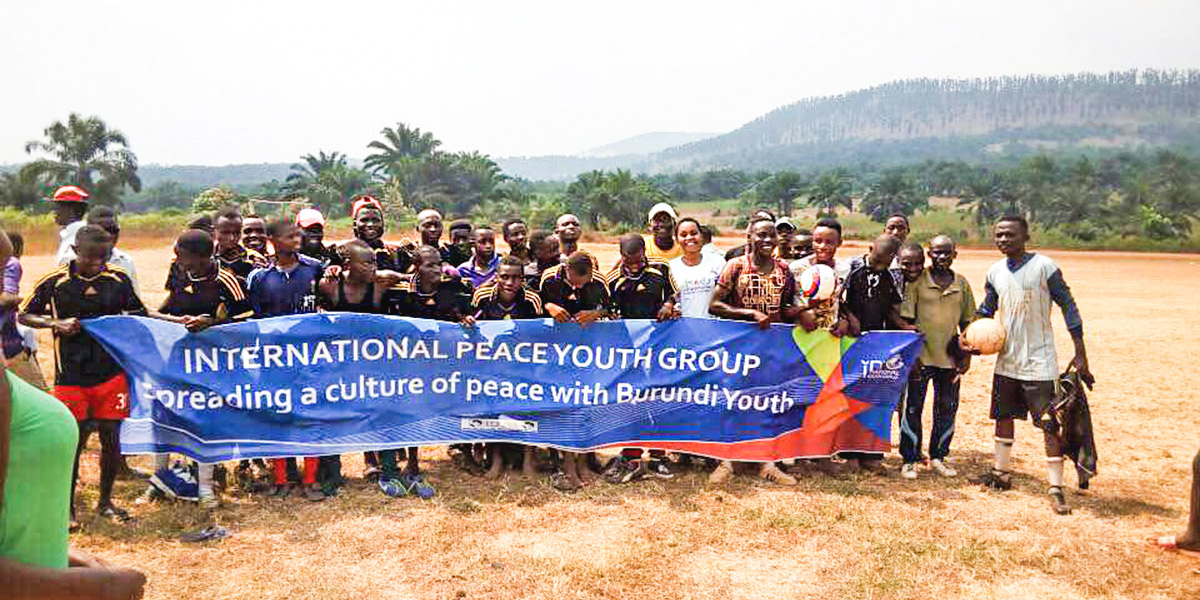 After participating in one of the IPYG peace events in Burundi advocating for peace that was held by young students, Mr. Munyembabazi from Rwanda started to think seriously about what is truly needed for the future of the youth. He asked all the journalists participating in the last summit back in September about what “freedom of speech” actually is. According to his speech, such concept is still a myth in most African countries.

He confessed that many African countries like Burundi are under an adverse condition in terms of journalism, since journalists who speak about freedom of speech are susceptible to imprisonment in the name of conspiracy of breaching national security.

Despite such a negative environment he boldly proclaimed, “I know that if I do not fight this fight, nobody will fight it for me. I do not do this job for money but for the hope that one day, my country will also enjoy the freedom of speech where everyone will not be persecuted, jailed, or killed for their political views or membership – a country where everybody will live and enjoy life whether national or expatriate. 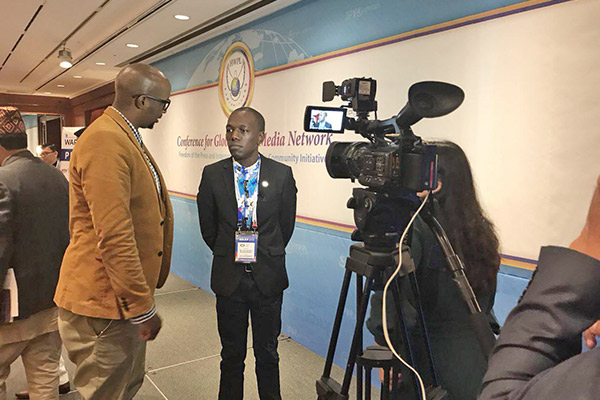 Mr. Munyembabazi has dedicated himself to reminding other journalists of their responsibility in challenging the force of silence through the news of peace and spreading this news as a gift for making a world of peace where future generations can enjoy their lives with freedom. 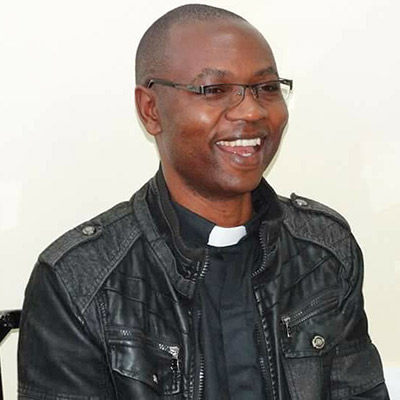 Brother Francis from Kenya held the first Hour of Peace (H.O.P.E.) Seminar in Kisii, Kenya last July with about 90 students at Kisii University. This seminar consisted of 5 different seminars, each teaching the important values of peace such as understanding, equity, sharing, cooperation and peace. Through these seminars the students realized how to practice peace in their daily lives and how to give back to their communities through their talents and passions.

After attending this year’s WARP Summit, Brother Francis was inspired to continue this work as a messenger of peace for HWPL and bring the H.O.P.E. Seminars to other universities and students so that this culture of peace could spread throughout Kenya. 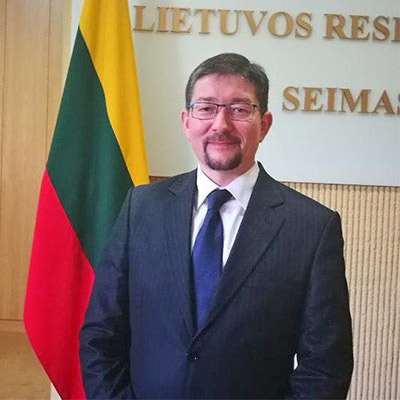 Grand Mufti Romas Jakubauskas, Grand Mufti and Chairman of the Sunni Muslim Religious Centre in Lithuania has recognized that religious leaders should take the lead in order to achieve world peace and has also acknowledged the importance of HWPL peace activities. For this reason, in joint coordination with HWPL, the Religious Youth Peace Camp was hosted in June 2017 in Lithuania in order to provide the opportunity for the youth to actively participate. They also operated the WARP Office in a Muslim mosque in order to allow the youth to experience and learn more about the work of the WARP Offices.

Chairman Jakubauskas, regarding the responsibility for the peace movement, stated, “Religious leaders, of course because they are the leaders of their community, so they have to more effortlessly for their achievements of these goals. They have to teach their communities and of course they themselves have to meet with other religious leaders to find the solution for the problems in the world. So, the biggest problem is to try to find solution for how to stop conflicts and wars in the world.” 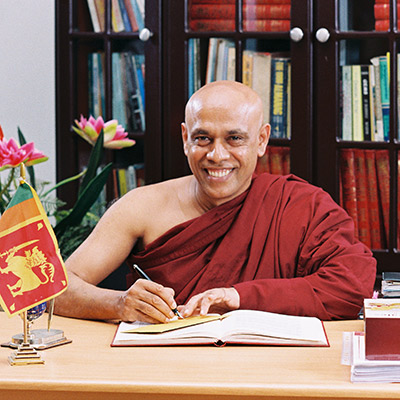 After attending the 3rd Annual Commemoration of the WARP Summit, the Most Rev. Wattegama Dhammawasa Nayaka Thero, President of Sri Subodharama International Buddhist Center, is now leading the way in spreading a culture of peace in Sri Lanka through his sponsorship of the “Mini WARP Summitin” and the “1st Religious Youth Peace Camp” in the city of Kandy.

I think this event [will have] a very good result in the future in this world. I think I met so many different religious leaders, because I knew a few religious leaders in Sri-Lanka in Buddhism, Christianity, Islam, and Hinduism before, but when I attended the HWPL WARP Summit, I could meet more religious leaders, discussing and talking with each other about how everyone wants to be happy and wants to be at peace. I acknowledge that HWPL is doing great in this part. I am also very happy to join the HWPL peace work so I try to do my best and make commitment for bringing forth peace with HWPL.” 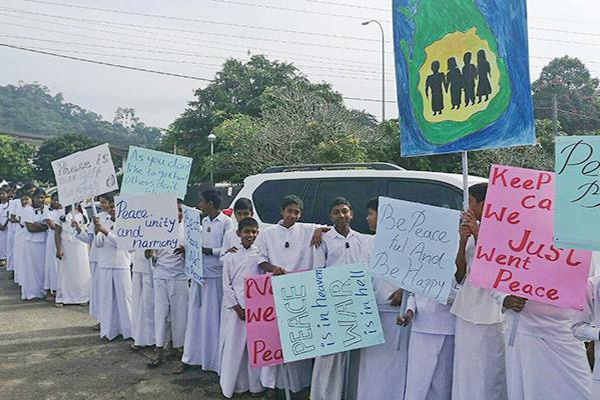 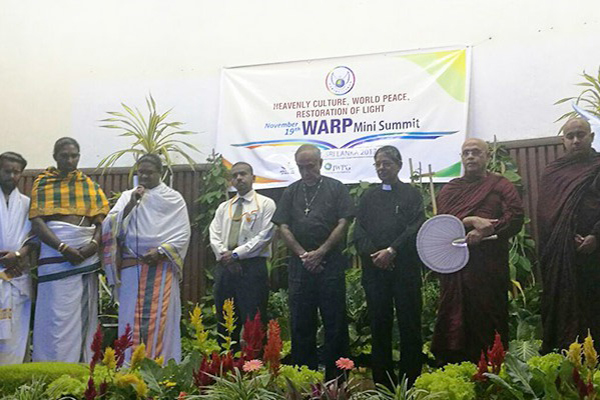 HWPL and its peace messengers who are working together as one are constantly making known the news of peace in places where it is invisible and conveying this news to their peers around the world in order to awaken their interest and participation in this work. In 2018 as well, activities to achieve peace will continue unceasingly throughout the world.