Skip to content
Previous
Next
Published On: March 9th, 2018

On New Year’s Eve, people embraced their loved ones, saying adieu to the year that was soon to pass by. New Year’s Day was then greeted with a sky embroidered by colorful fireworks, wishing all people happiness for the year 2018. Yet, the other side of the world continued to see the death tolls and injuries rising, even on the first day of the new year. Yemen, once called “the jewel at the Gulf of Aden”, is now left with completely collapsed infrastructure for public health and is ranked 4th according to Fragile States Index (FSI) by Fund for Peace.

The total number of air-raids reported, according to the Yemen Data Project (YDP), is approximately 15,489 occurrences. Currently 70 million malnourished citizens (UNICEF), 50,000 injuries from air-raids and 10,600 deaths (UN) from armed conflicts make up the tragic statistics in the country. Due to the ongoing conflicts and poor public assistance, there are now 180 million people in desperate need of food aid, and out of 10 million suspected cases of cholera, 2,200 died in November 2017 alone.

By early 2017, over 3 million refugees were relocated due to this long-lasting war. The water supply and sewage systems, not to mention the medical and social infrastructures, were also severely damaged, leaving the children of Yemen vulnerable to a variety of communicable diseases. According to UNICEF, one child in Yemen dies every 10 minutes. Many citizens had to leave everything behind in their hometowns and take refuge at temporary shelters on the street. 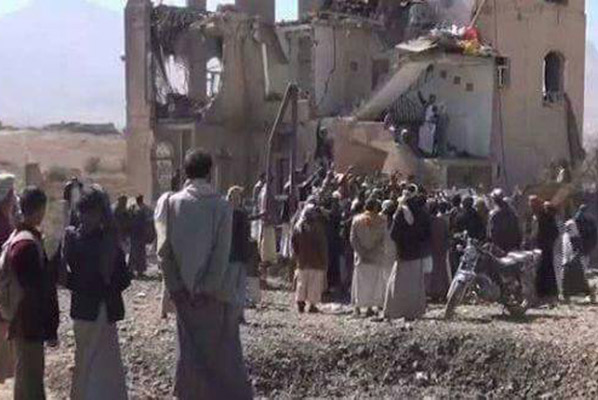 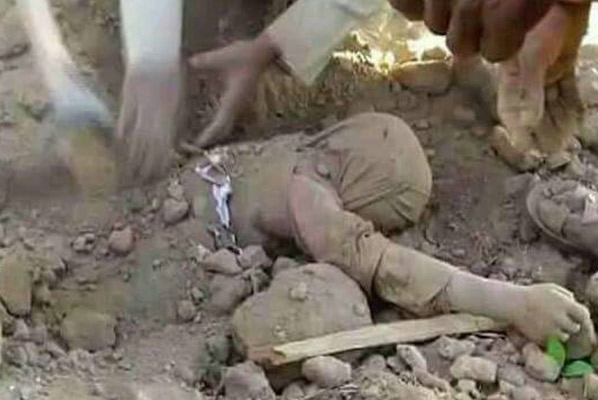 [10 November 2017, an air-raid strike in the vicinity of Alshaheed Alsamawi school at Sana’s, the capital city of Yemen]

In the past, Yemen had gone through 130 years of colonial occupation prior to the Cold War and were once divided into North and South Yemen. In 1990, the two countries reached an agreement to reunite as a single country; however, clashes in ideologies triggered the North to absorb the South through the use of armed force merely 4 years after the agreement was reached. The situation for the Yemenis did not improve even after the democratic process was implemented and used to elect the president because his dictatorship pushed them further into the extreme depths of poverty.

This dire situation worsened beyond belief as unexpected violent encounters during the Arab Spring (Arab revolutions) divided Yemen and its people into North and South once again. Religious and ethnic confrontations as well as the intervention of neighboring countries into such disputes, and the supply of armaments by the world powers (Amnesty, SIPRI), created Yemen into an international battleground between the regional powers all promoting different ideologies. (One such tragedy was an air-raid on 26 December 2017 that killed 68 innocent civilians – UN Humanitarian Coordinator Jamie McGoldrick in Yemen). The dawn of a new year is upon us. When, how, and through whom will the light of peace be able to shine upon Yemen, allowing all of its citizens to say “Adieu” to war? 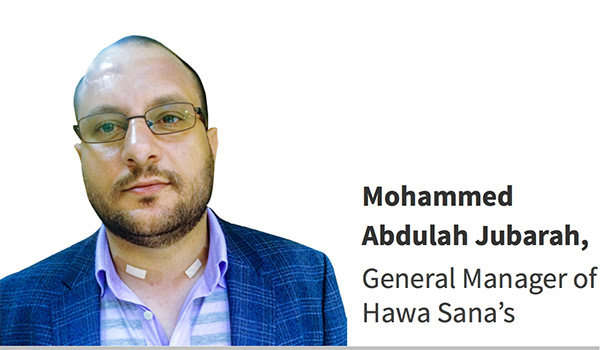 On 3 January 2018, Mohammed Abdulah Jubarah, General Manager of Hawa Sana’s (in partnership with the Yemeni press), gave his insights to the question above at the script interview with HWPL newsletter writers. He stated that “the Yemeni crisis is the accumulation of long conflicts due to the expropriation of power and wealth. But regional intervention exacerbated the conflict.” He finds “the solution in Yemen lies in the political dialogue, the renunciation by the opposing forces of arms, the return to the political process, the closure of political files, the compensation of the victims of conflicts and the application of transitional justice to the perpetrators, through the return to the outcomes of the dialogue conference.”

He sees the importance of the role of HWPL in “support[ing] projects that support the promotion of a culture of dialogue … Organizing meetings, between the leaders of the conflicting forces to develop common perceptions of the solution in Yemen, in addition to organizing training courses and workshops for journalists and activists to confront the culture of hatred and support peace efforts.”

The new year of 2018 is the time when the voice advocating for peace and cessation of war is the strongest, not only in Yemen, but also throughout the world. Just as there is a common saying, “it’s always darkest before the dawn,” we sincerely hope for the day when we put a complete stop to the unending war and see the sunrise of the new era, thus ushering in peace for the citizens of Yemen united in one heart.