Skip to content
Previous
Next
Published On: March 9th, 2018

Since the beginning of 2018, HWPL has continued to meet with experts on the subject of global peace and stability. Ven. Bup-ryun, Chief Monk of Keumdang Temple belonging to the Jogye Order of Korean Buddhism, and Suk Bok Lee, Chief Director of the Korea Institute for Cultural Security, gave advice on solutions to the ongoing crisis on the Korean Peninsula and the role of the DPCW for the achievement of peace. 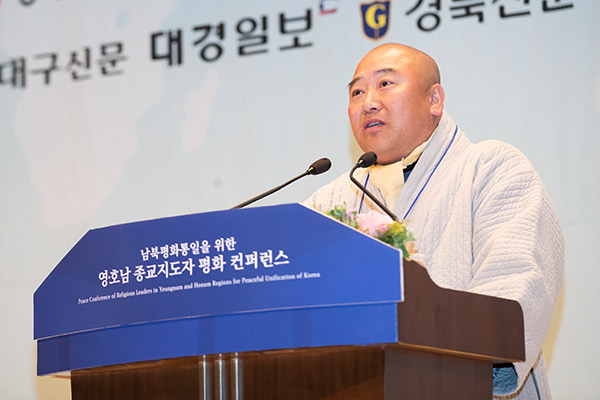 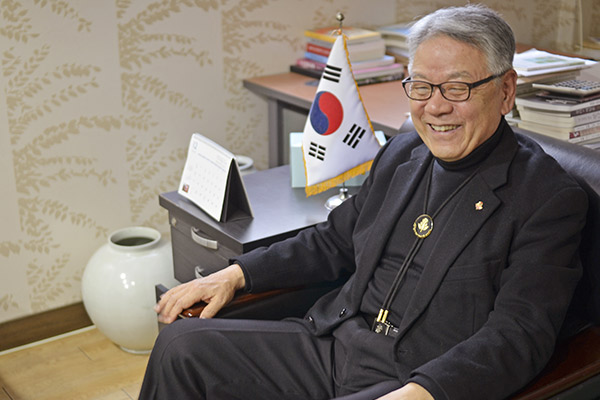 1) The entire international community has been able to feel the security crisis that resulted from North Korea’s continued provocations in 2017. How do you view the prospects for these issues with the start of the new year?

Ven. Bup-ryun : The world is now paying close attention to North Korea. We are the closest to North Korea, yet we are not able to interact directly with North Korea in the reality of this divided nation. I think that the role of civil society, especially in Korea, is the key that will become the starting point of peaceful exchanges. Although there are problems such as disputes and terrors caused by religious intolerance among people, it is worthy to note that there is religion in North Korea. I see this as a possible point of communication if we start inter-Korean private exchanges in the field of religion. Therefore, the government should actively support and implement such inter-Korean exchanges.

Suk Bok Lee : The 38th parallel was originally a line intended to restrict the Soviet army’s southward movement for the dismantlement of Japanese troops on the Korean Peninsula, but it has now become a line of division on the Korean peninsula. North Korea has never abandoned its own strategy of reunification through communism since the Korean War, which began with Soviet assistance to communize the Korean peninsula prior to US intervention. North Korea has not ceased its provocations through nuclear tests, even though millions of its citizens are starving while the world continues to increase sanctions. Although 2018 may be a difficult and tough time for East Asian security, including the ROK-US alliance, I think that the solution to overcome it depends on the consciousness of the Korean people.

2) What do you think about the legislation of the legally binding document based on the articles of the Declaration of Peace and Cessation of War (DPCW), which contain contents such as dispute resolution and spreading a culture peace? What steps should be taken after the DPCW is proposed as a UN resolution? What does this mean to Korea?

Ven. Bup-ryun : It would be hard to accept such changes right away considering the political reality of the Republic of Korea. HWPL must find a solution that will allow all of the politicians to recognize the need for the DPCW. Since earning a person’s heart and trust is not something that happens overnight, HWPL should persuade sincerely so that everyone understands this work with the clear perception of peace and future unification. After the UN resolution is passed, it is necessary to promote it through the media worldwide. Also, HWPL should lay the foundation for the active participation of countries around the world. I think that it is necessary to create various events and meetings to advocate and promote peace with the support of the regional units in Korea.

Suk Bok Lee : It is first necessary for the Korean people to recognize the value of the DPCW. Every year in September, HWPL’s peace festival shows the power of culture to impress people, but they are challenged by forces that continue to oppose peace. As a chief delegate of the United Nations Command Military Armistice Commission (UNCMAC), I once visited four countries, including Switzerland, Sweden, Czech Republic, and Poland, and expressed sincere appreciation for their sacrifices that were made for peace on the Korean peninsula. In this way, a country that recognizes the need for peace following the resolution of the United Nations, will also recognize the need for the core principles of the DPCW. This should have the power to influence the attitude and mindset of the Korean people through the process of global public debate.