Skip to content
Previous
Next
Published On: August 29th, 2022 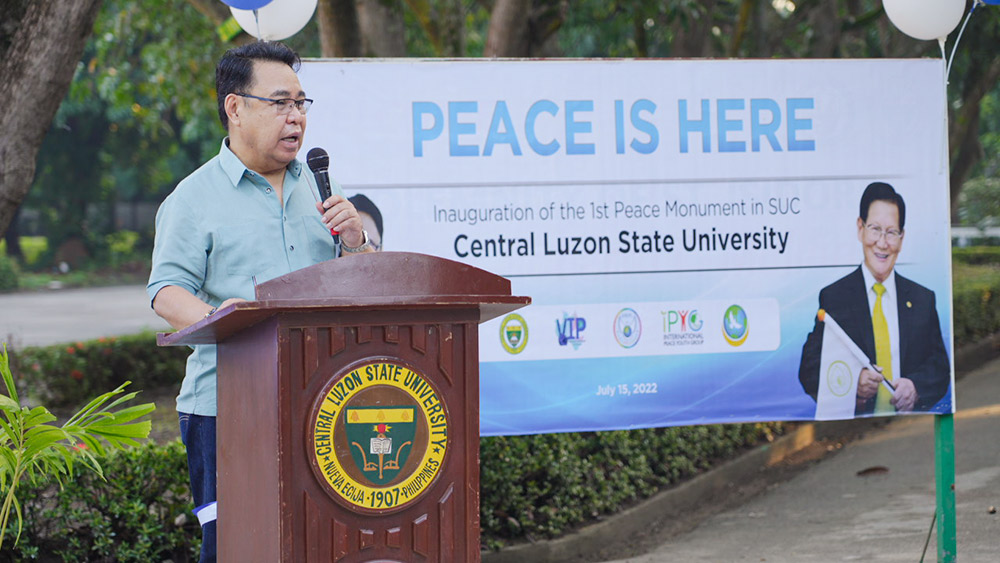 Dr. Ronald L. Adamat, a Commissioner of the Commission on Higher Education (CHED), announced the plan to erect peace monuments in all regions of the Philippines during the unveiling ceremony of the peace monument held at Siniloan National Integrated High School this past February. He noted that he would persuade the 25 state universities under his oversight, as well as the 112 peace-seeking universities through the CHED, to do the same.

While in attendance for the unveiling ceremony of the peace monument at CLSU, he expressed joy regarding the building of the monument, stating, “This is history unfolding. I feel so happy that my commitment last time was now realized through the establishment of the first ever peace marker here in CLSU. The other state universities and colleges can benchmark here and emulate CLSU. I hope this will go a long way in terms of promoting peace.”

Meanwhile, the HWPL peace monument is not the only monument presented at the unveiling ceremony at CLSU. In addition to the  monument, there is a CLSU monument representing love for humanity and the promise to fulfill the role and responsibility in promoting peace as a messenger of peace. There is also a monument of the Volunteer Individuals for Peace (VIP), founded by Commissioner Adamat, that echoes the philosophy of the VIP: “Peace Builds One Nation, One Future.” 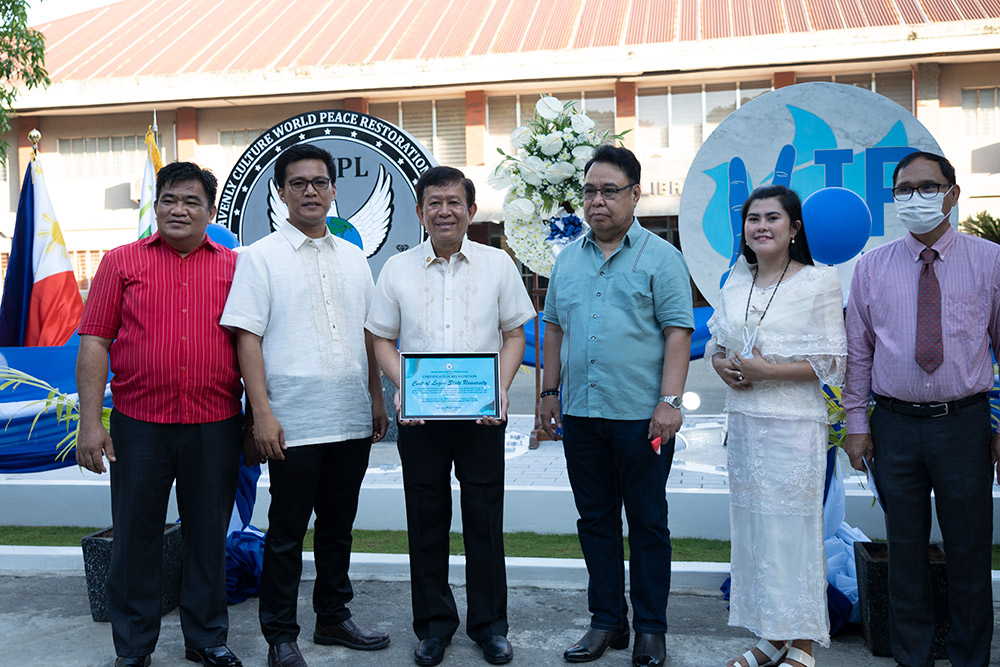 Dr. Renato G. Reyes, Vice President in Academic Affairs at CLSU, shared, “We are very happy and thankful for CLSU being recognized as one of the higher institutions in the Philippines that actually promotes peace. Now, we accepted the challenge and have so many plans. We have to engage our students, our faculty members, our staff and even the community in promoting peace. We will have a peace festival in September to inculcate into the heart of every CLSUnian the culture of peace. Peace has to be a way of life. That’s why peace education has already been integrated in the curriculum for our students, as well as for our faculty members and staff. We have to create an avenue where they can actually promote peace.”

Furthermore, Dr. Danilo S. Vargas, Vice President of Administration at CLSU, stated, “This will serve as the concrete symbol that will promote peace. Hopefully, the students and even the faculty, staff, and other visitors who can visit the peace marking on campus can internalize the true meaning of peace. It is very important to all of us Filipinos to promote peace.”