Skip to content
Previous
Next
Published On: August 28th, 2019

“This book can be considered a symbol of peace education, a history fragment for the 21st century.”

As of August 2019, a book named “True Story of HWPL: Peace and Cessation of War” with the record of peacebuilding efforts by millions of global citizens and social leaders has been displayed in public institutions including libraries, schools, museums in 195 countries.

The thick 800 pages of the book describe how the world becomes one for peace. The description and photos of peacemaking efforts with the collaboration of civil society and national leaders from different fields – politics, academia, media, women, youth, religion, education and many others – are introduced as a collective will for the cause of global peace.

According to HWPL the publisher, the purpose of this book is to implant the values and spirit of peace that lead “every individual to become a messenger of peace.” 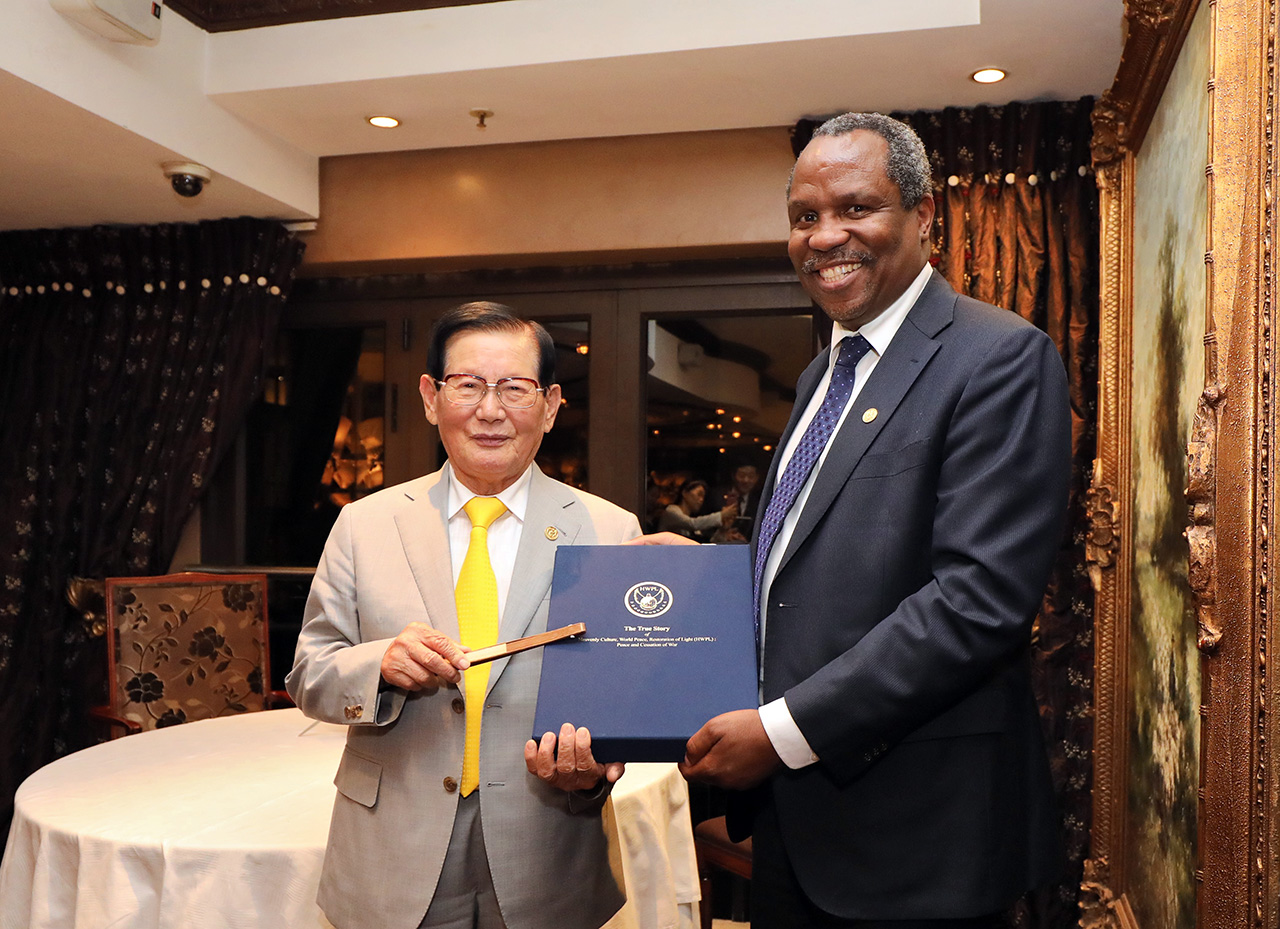 Chairman Man Hee Lee of HWPL who experienced the war as a war veteran prefaced the book by saying “We have worked together with all our hearts and strengths to achieve world peace and cessation of war transcending all borders of nation, ethnicity, and religion. Let us all become messengers of peace and leave peace as an everlasting legacy for future generations. Our work of peace will shine as an eternal light in history.”

The book also appeals to readers with a unique approach to peacebuilding in a way that peace can be safeguarded as culture, rule of law, and recognition. As proposed by HWPL, international efforts for peacebuilding have been sought through the establishment of an international law addressing responsibilities for states to secure peace, inter-religious dialogues to promote the reconciliation of the current conflicts caused by different worldviews, and the introduction of peace education through school curriculum and government policies.

Along with these initiatives, in the book it says building peace monuments and setting a peace (memorial) day are examples of spreading a culture of peace to devise an environment of furthering civic awareness of peace.

Regarding the value of this book, Vice mayor of Târgu Mureş in Romania, Dr. Makkai Grigore, told “This book is a model and a call to peace. Readers can find models that are worthwhile to follow and can be stimulated to maintain peace. Through this book, I can come into contact with a lesser-known reality and meet world leaders who have a say about peace. I think this book can be considered a symbol of peace education, a history fragment for the 21st century.” 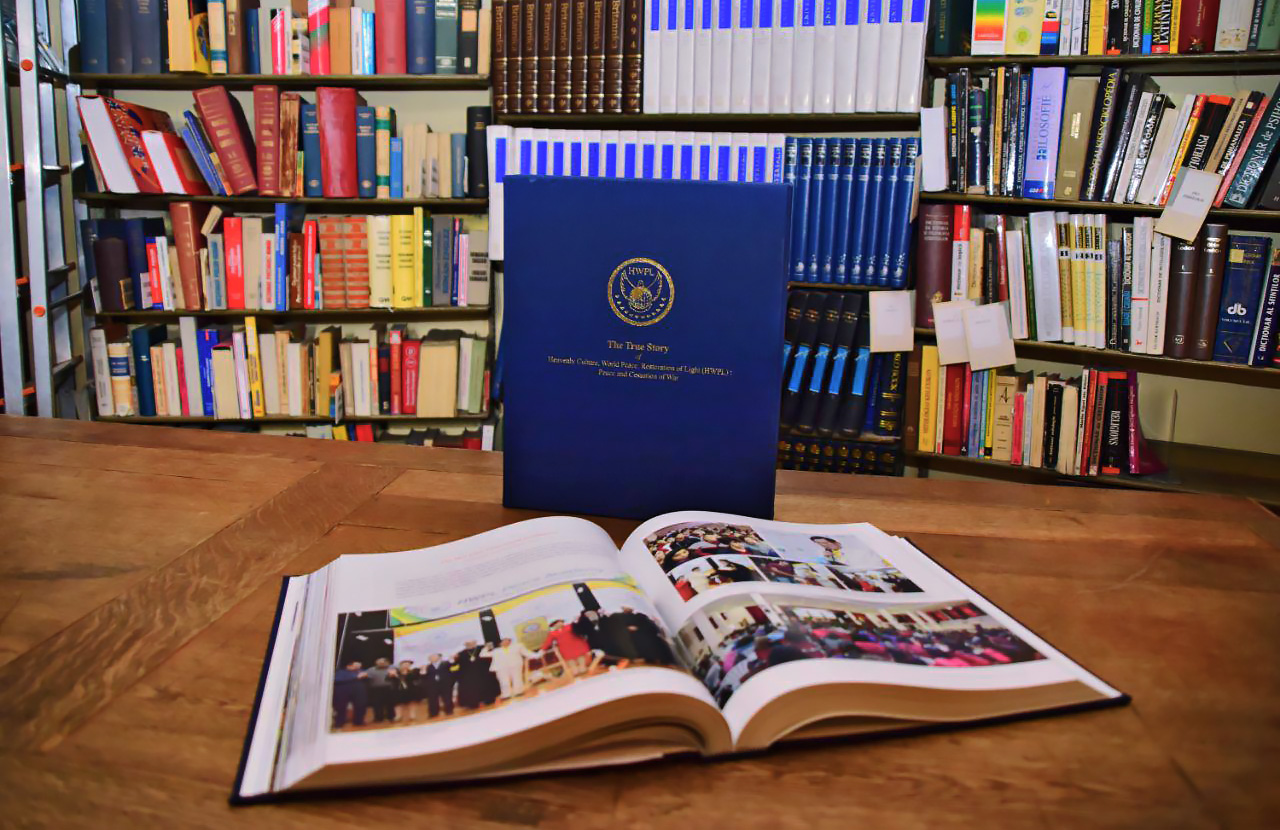 Mr. Upendra Prasad Mainali, Chief Librarian of Nepal National Library, expressed his impression on the book by saying “This book shows the facts about the post-conflict and the peace process activities. Some of the pictures have portrayed the clear concept that the moment of declaration of peace has happened in real-life human beings. The “True Story” learned by the library users is very important to create the happiness of the people in the war conflict situation.”

In particular, in Chapter 5 of this book introduces the Declaration of Peace and Cessation of War (DPCW) of 10 articles and 38 clauses drafted by renowned international law experts, as a practical approach to sustainable peace. To establish a legally binding international framework that prohibits any armed conflicts based on the DPCW, global society, as well as intergovernmental organizations, have gathered the supports through the “Legislate Peace Campaign”.

“HWPL has been able to organize youth and women groups in the peace process to create restoration and happiness for the people. The international legal document (DPCW) plays a vital role in world history for the global family’s pace toward peace,” added Mr. Upendra Prasad Mainali.

Mr. Joselito DC Domingo, Library Head of Polytechnic University of the Philippines said, “What would the world be like without peace? We know that the world will become disoriented without peace. So, we should live harmoniously even though we have different beliefs, ethnics, and races. If someone or some organization are towards peace, this book can provide them positive outlook in advocating peace.”

The book “True Story of HWPL: Peace and Cessation of War” is now available in schools, libraries and government offices to the general public in 195 countries around the world, including the Nobel Peace Institute Library in Norway, Library of National Assembly of Togo, Library of University of Indonesia, National Library of Ukraine, Panama National Canal Museum, Nepal National Library.