Skip to content
Previous
Next
Published On: August 17th, 2017

UN Endorsed the Treaty on the Prohibition of Nuclear Weapons

Time for Governments and Civil Societies to Push Further

A new international treaty aimed at eliminating all nuclear weapons and prohibiting their development was adopted by the United Nations on 7 July 2017. However, all major nations recognized as “Nuclear-Weapons States (NWS)”, including the United States, boycotted this movement. The adoption of this treaty marked the first important and meaningful step towards a nuclear-free world, but there still remains a long process to resolve the problems emphasized by the NWS’ bread-and-butter theory of security.

The new treaty, different from the previous Nuclear Nonproliferation Treaty (NPT), clearly asserts that countries are “never under any circumstances to develop, test, produce, manufacture, otherwise acquire, possess or stockpile nuclear weapons or other nuclear explosive devices”, and bans any transfer or use of nuclear weapons or nuclear explosive devices.

said Ambassador Elayne Whyte Gomez of Costa Rica and President of the conference that negotiated the treaty.

In a released joint statement the United States, Britain and France said that they “do not intend to sign, ratify or ever become party to it”. The statement said a treaty that “does not address the security concerns that continue to make nuclear deterrence necessary cannot result in the elimination of a single nuclear weapon and will not enhance any country’s security, nor international peace and security”. The rising concern about North Korea’s nuclear weapons and ballistic missiles was mentioned as well, arguing that prohibiting Pyongyang’s nuclear ambitions should be the first step towards the elimination of nuclear arms. 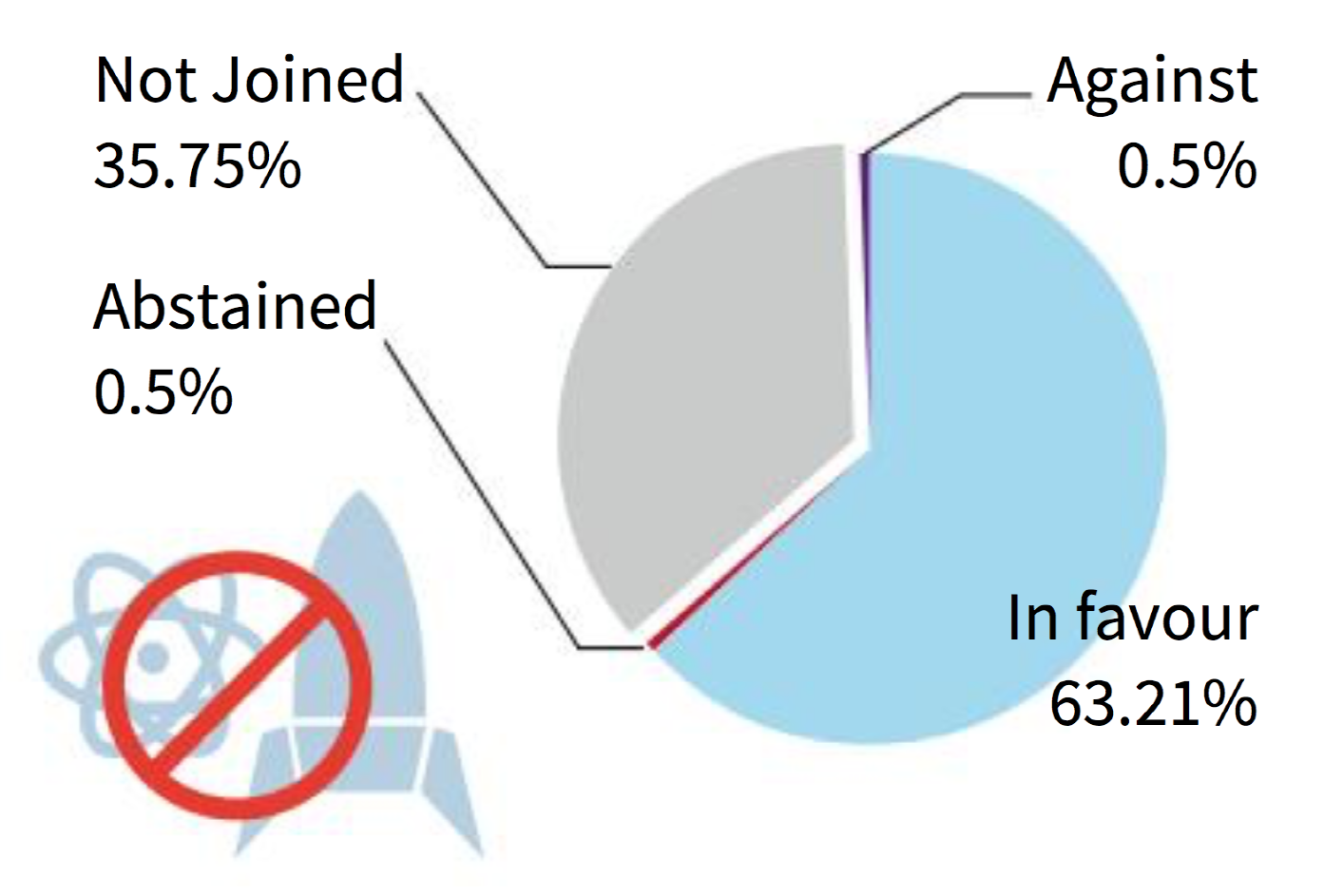 Could not the gradual reduction of the use of nuclear weapons lead to more participation of NWS in the ‘Treaty on the Prohibition of Nuclear Weapons’?

It has been quite convincing, from one perspective, that possessing nuclear weapons could prevent war, but the reasoning that the weapons would lead to more damage and the destruction of humanity is just as valid. The following discussion should’ve been considered in order to gather opinions of the pros and cons during the adoption of the treaty for the elimination of nuclear weapons.

– A gradual solution to the realistic problems of how to deal with military threats without nuclear weapons
– The necessity of broad discussion at the international level on the value of nuclear energy as an alternative energy resource from the discourse of security, the economy and the environment (fundamental review of nuclear energy as resource)

Such discussions will enable us to seek gradual peace settlement through cooperation between governments and NGOs as well as civic organizations. NGOs such as Mayor for Peace are working to improve the awareness of civil society related to the elimination of nuclear weapons, to communicate the needs of civil society within each country and to urge governments to make substantive negotiations for the conclusion of the Treaty for the Prohibition of Nuclear Weapons.

In addition, Thore Vestby, Vice President of Mayors for Peace, will emphasize ‘the necessity of cooperation between government and civil society for actualization of peace’ at the International Law Peace Committee Forum in the 3rd Annual Commemoration of the 18th September WARP Summit, hosted by HWPL, on September 17th. Through the Summit, government officials and civic groups will expand the cases of the application and practice of the Declaration of Peace and Cessation of War (DPCW) and advocate for its development into a legally binding instrument.

With the adoption of the Treaty on the Prohibition of Nuclear Weapons, expectations on what Vestby will deliver at the Summit are rising.