Skip to content
Previous
Next
Published On: August 6th, 2018

We are One under Peace! Peace Education Sprouted in Israel

On June 23rd, educators and students from Israel visited the Republic of Korea to learn about the concept of peace presented by HWPL. This peace camp was requested by Israel Usifya Junior High school which has been closely collaborating with HWPL. The school sent a total of 26 participants, including 4 educators and 22 students, to the camp that was held over a period of 7 days in Gwangju with the theme of ‘We are One under Peace’. 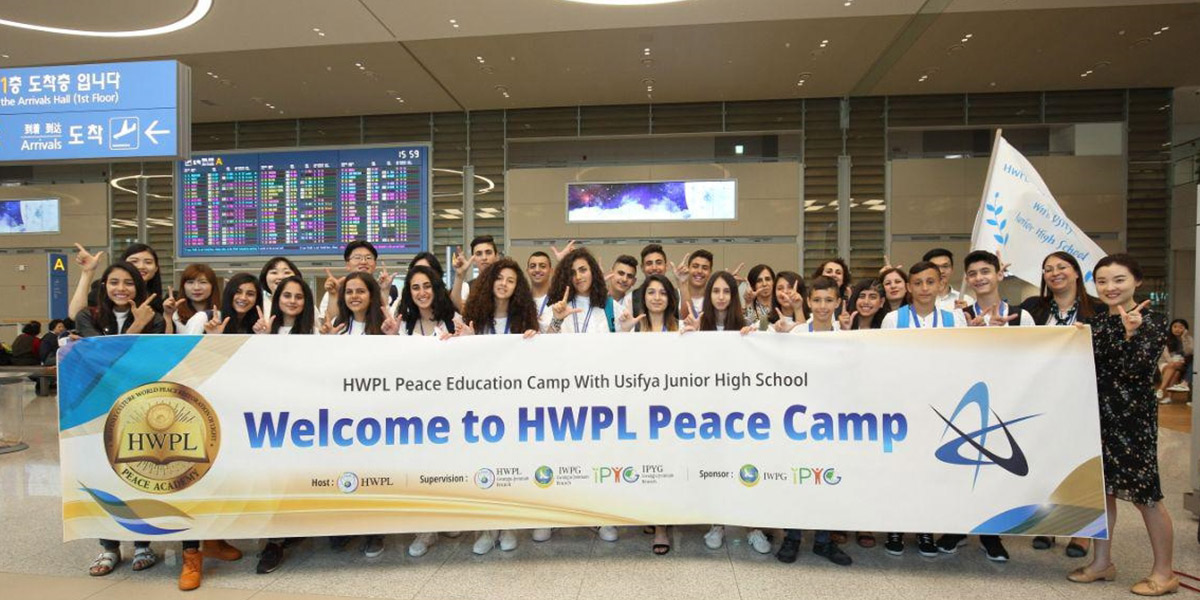 Prior to the start of the camp, the students and educators visited HWPL peace institution. HWPL Chairman Lee highlighted that “education is crucial in realizing peace. The mindset of ‘all armed conflicts can be put to an end’ and the concept of peace should be taught at a young age.” He also emphasized, “Let us all become the messengers of peace and leave the legacy of peace to our future generations.”

Educator Magda Mansour who was designated as an HWPL Peace Educator on the same day also emphasized that “Our students expressed their enthusiasms of becoming messengers of peace and joined the HWPL Peace Camp. In order to realize peace, young generations should partake in greater peace-building efforts than adults.”

Peace Made by You and Me!

Students were invited to think about the sanctity of life and the importance of respecting and living in coexistence with diverse bodies of ethnicities, religions and cultures by examining the core values of peace and HWPL Peace Education curriculums. They also explored possible solutions to put all armed conflicts to an end, thereby realizing that each of them is responsible for becoming an actor that brings peace.

On the topic of ‘What is Peace?’, the camp participants compared and contrasted two different worlds, a beautiful world filled with peace and another that has been tainted by war and armed conflicts. They further discussed and gave presentations on the root causes of war and armed conflicts in the world and the mindset necessary to resolve such conflicts.

14 year-old student, Lerazz Wehbi described the atrocities of war stating that “War and conflicts drive a happy family into [becoming] refugees, and some face death from famine and starvation.” Seven Halabe highlighted the importance of peace education explaining that “Comforting children in fear of war by saying ‘everything will be fine’ can become a lie. Instead, parents should teach their children about the reality and encourage them to contribute positively to the situation they face.” 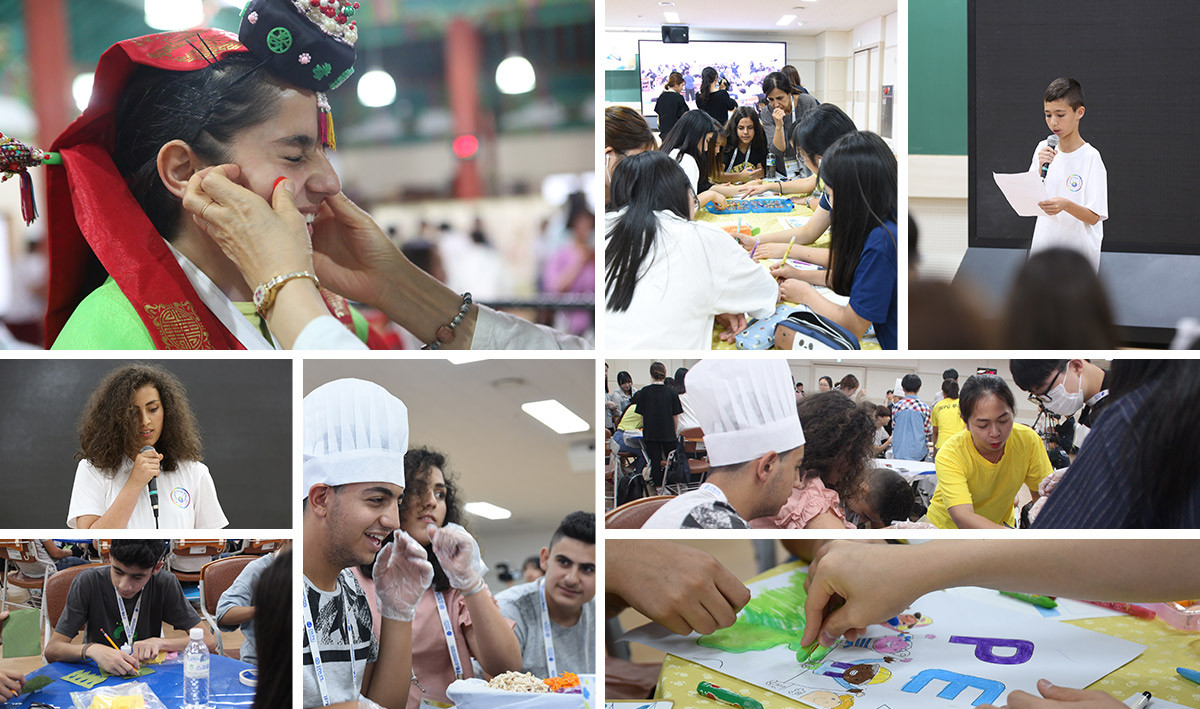 In addition to the peace education workshop, educators and students experienced Korean cultural elements such as making bibimbap and hanji (Korean paper), wearing Korean traditional dress, and practicing a tea ceremony, etiquettes and Korean traditional wedding. Through this time, they mutually shared the importance of recognizing and understanding as well as embracing cultural differences, thereby becoming one in harmony.

On the last day of the camp, the participants also visited main tourist sites of Gwangju such as the folk museum, Mt. Mudeung observatory, Cho-sun University and the Asian Culture Complex. They then shared their collective action plans as messengers of peace in the future.

Hussam Abu Roken said, “It is important to actively share and spread the messages of peace to my school friends. When I return to Israel, I will deliver the love and message of peace so that peace can take greater effect there,” expressing gratitude to all the staff and the Korean students who made the Peace Education camp possible.