“Although throughout history, war has been continuous, I believe war is not inevitable. But we cannot forget that peace is also not inevitable and requires constant and continuous effort. Prevention is an essential means of reducing human suffering, building stable and prosperous societies, and enabling people to reach their full potential”.

Colonel Muana Brima Massaquoi,
the military adviser of the Permanent Mission of Sierra Leone to the United Nations 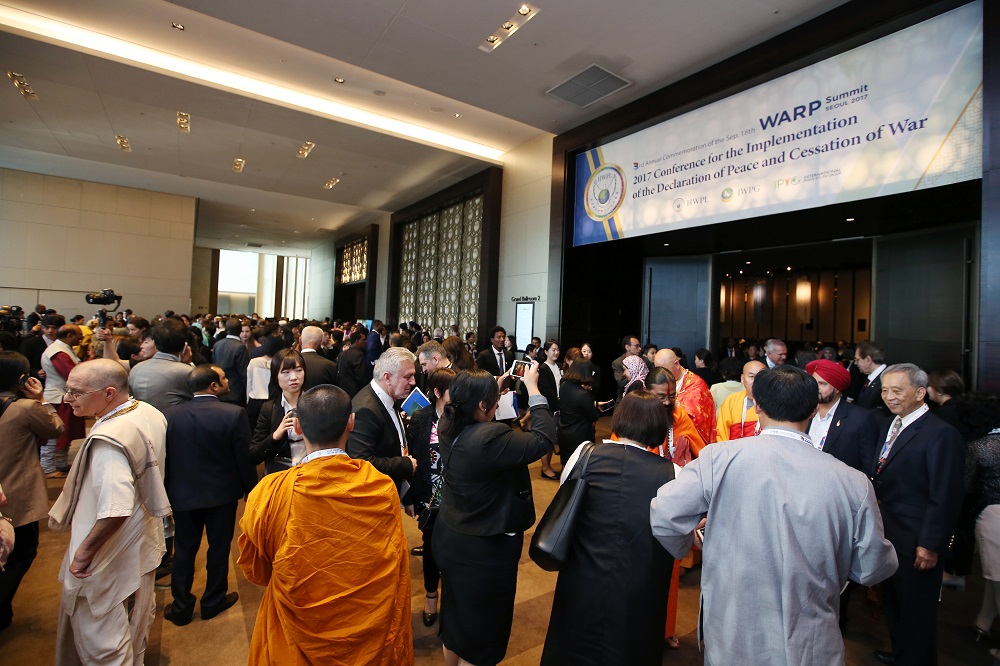 Peace messengers from around the world gathered in Seoul, South Korea at the “2017 Conference for the Implementation of the Declaration of Peace and Cessation of War”, which is the largest of many conferences held as part of the WARP Summit 2017. Following in the successful steps of the original WARP Summit in 2014 and the following annual commemoration events, this year’s conference was highly anticipated by the international community.

As support continues to grow worldwide for the Declaration of Peace and Cessation of War (DPCW), which was drafted and later proclaimed on 14 March 2016, efforts are now being taken towards the implementation and development of this declaration into a legally-binding document through its adoption by the United Nations. The DPCW carries within itself the core values of human rights and a world free of war and conflict that set a universal standard of conduct that encompasses both states and individuals equally. It can be seen as the embodiment of a comprehensive legal approach that is essential in today’s globalized society for achieving sustainable peace.

With the key message of collaborative peace governance in conjunction with the implementation of the DPCW, this conference allowed participants to understand the necessity of cooperation as well as the specific roles they can play within their respective fields in the peacebuilding process. 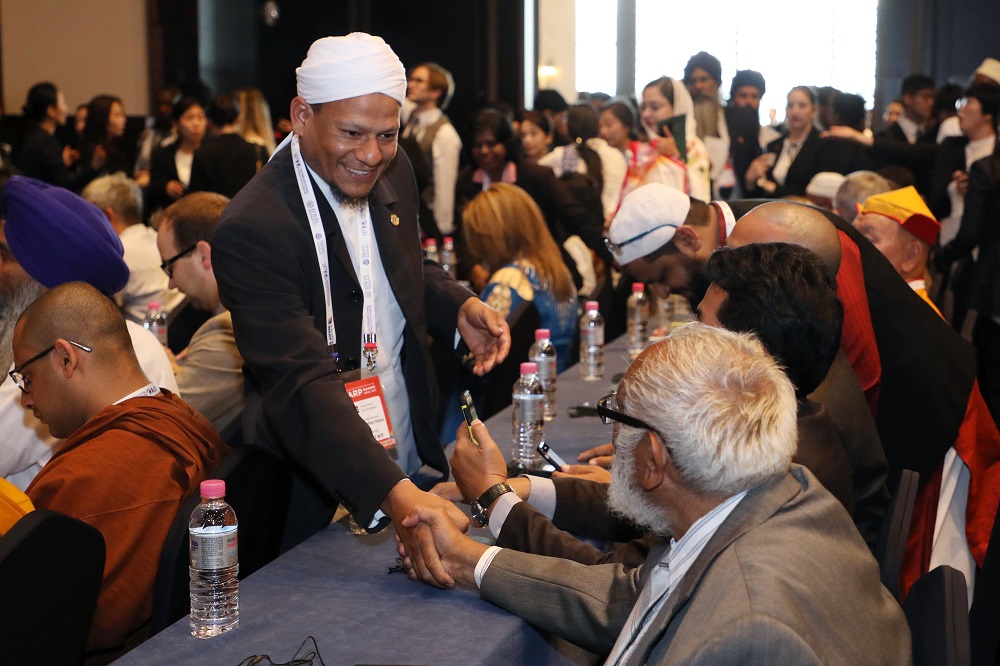 It was attended by approximately 1,000 participants from various sectors of society. Despite the many outward differences between these groups and traditional barriers between them, all participants shared one very important thing in common: a passionate heart for peace.

Four main speakers were highlighted in this conference, each of whom shared with the audience a unique and personal aspect of peace that clearly demonstrated their sincere heart for the era of peace to begin. These speeches captivated all participants and inspired them to carry out their individual duty as a messenger of peace and cooperate with others in order to create an unbreakable peace network. 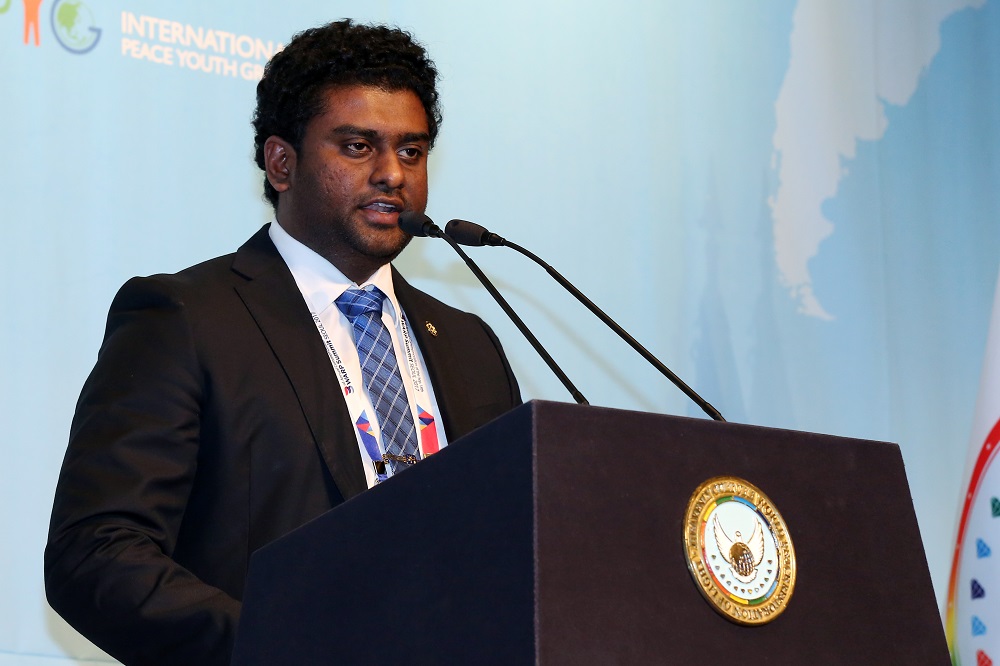 Hon. H. R. Sarathie Dushmantha Mithrapala, Deputy Minister of the Ministry of Justice and Buddhist affairs, is a highly acclaimed politician in Sri Lanka that many view as having a high level of integrity. He has done much notable work in his position and has a clear desire for peace, which was felt strongly during his speech.

He stated, “The causes of internal conflict are multiple and it behooves us to respect the human rights and religious beliefs of peoples irrespective of caste, creed, religion or ethnic origins of a peoples. I see the Declaration of Peace and Cessation of War as a worthy endeavour to consolidate and stabilize peaceful relations in the world.

The Article relating to the illegal occupation of territory resulting from the threat or use of force in a manner contrary to international law is especially worthy of note. It is the duty of every state to respect the territorial integrity and political independence of other states.” 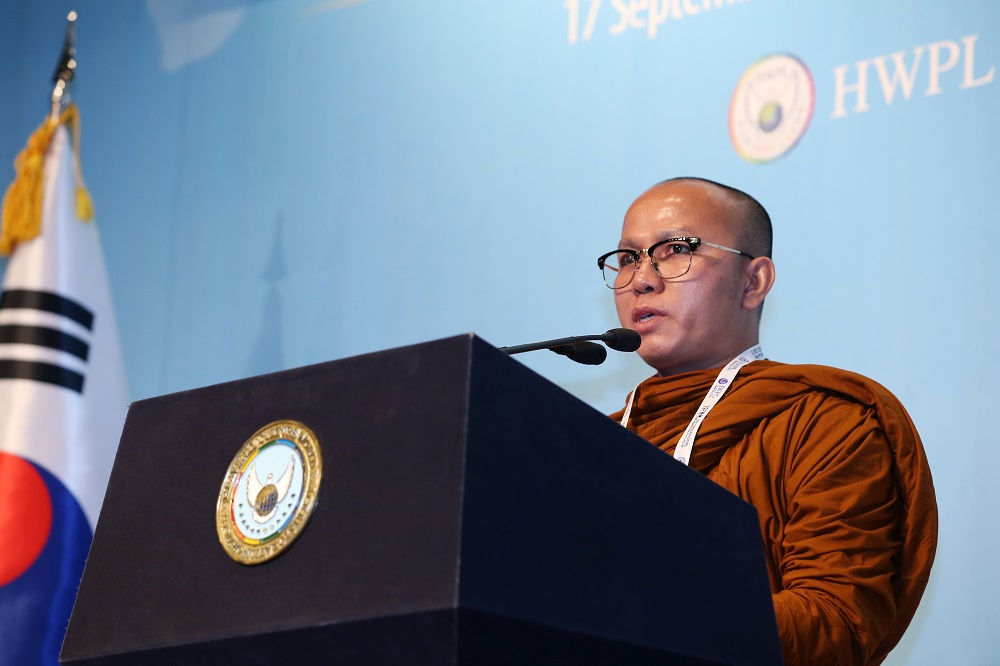 Ven. Oeun Sam Art, Head Office of Protocol and International Relations of Secretariat of Supreme Sangha Council participated on behalf of H.H Samdech Preah Agga Mahā Sangharājādhipati Tep Vong, The Great Supreme Patriarch of the Kingdom of Cambodia who gave an inspirational speech during last year’s 2nd Annual Commemoration of the WARP Summit concerning the importance of the advocacy of the DPCW for peace.

This year’s speech did not disappoint as even more passion and determination was felt by all in attendance. Especially as he called on people from all sectors of society worldwide to act for the cessation of war in his concluding statement that “War only brings ‘destruction and pain’. So, we are as state leaders, religious leaders, religious followers, youth and woman groups, and all people over the world must work together to stop all forms of war. No war, no suffering and no destruction. May all being be happy and peaceful”.

H.H Tep Vong’s speech also shared about HWPL’s efforts for the alliance of religions in his country, Cambodia: “HWPL’s WARP Office became a gathering place where religious leaders and followers to come…and narrow down the differences between religions. Religious Youth Peace Camp is one of fundamental tools to spread the culture of peace not only to religious followers but also to the ones who might become religious leader in the future. So, we should do all over the world.” 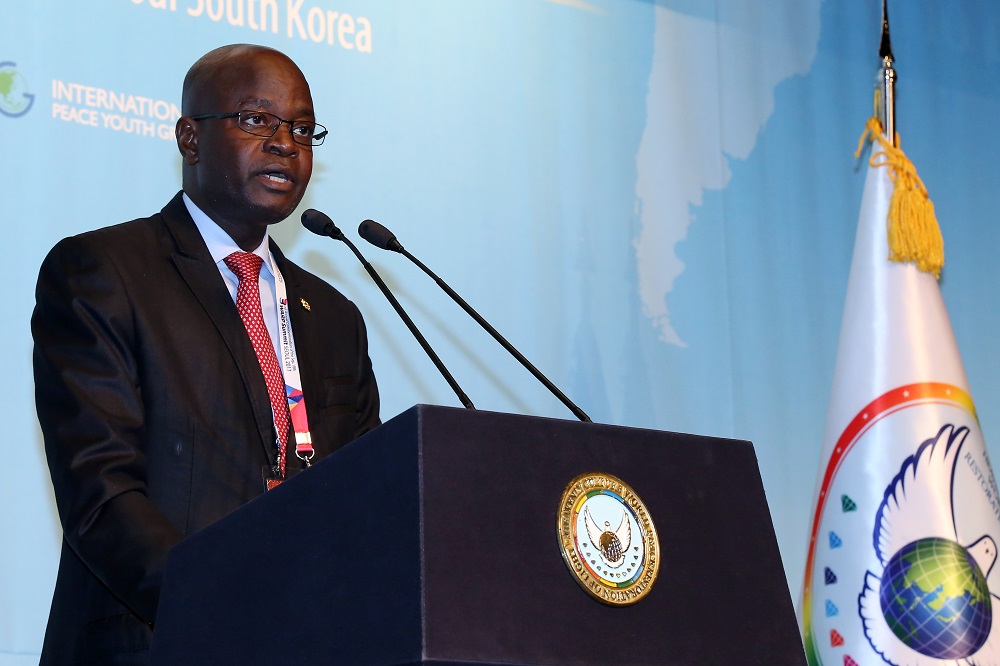 H.E. Deng Deng Hoc Yai, a minster of the Ministry of General Education and Instruction in South Sudan, has been an active proponent of peace following his direct experience in the two civil wars experienced in his home country.

After witnessing the atrocity of war, he has dedicated much time and effort into establishing peace within the communities of South Sudan and beyond. This personal experience provided the foundation of the key message he delivered to all participants during his speech.

He spoke very directly, and it was clear that the hearts of all in attendance were moved when he stated that, “we have lost too many human lives very often and in many different parts of the world due to callous acts of incomprehensible indifference; intolerable intolerance and inexplicable selfishness,” showing the bleak reality of the current state of the international community.

However, there was also a light of hope as he motivated the audience to take action by proclaiming that, “humanity is counting on us. Our mission is difficult but it is by no means a mission impossible. So, let us make a solid commitment today to leave peace as our shared legacy to our future generations. Let us demonstrate iron determination to end conflicts, wars, poverty and human suffering and sow seeds of friendship, prosperity and happiness throughout the world.” 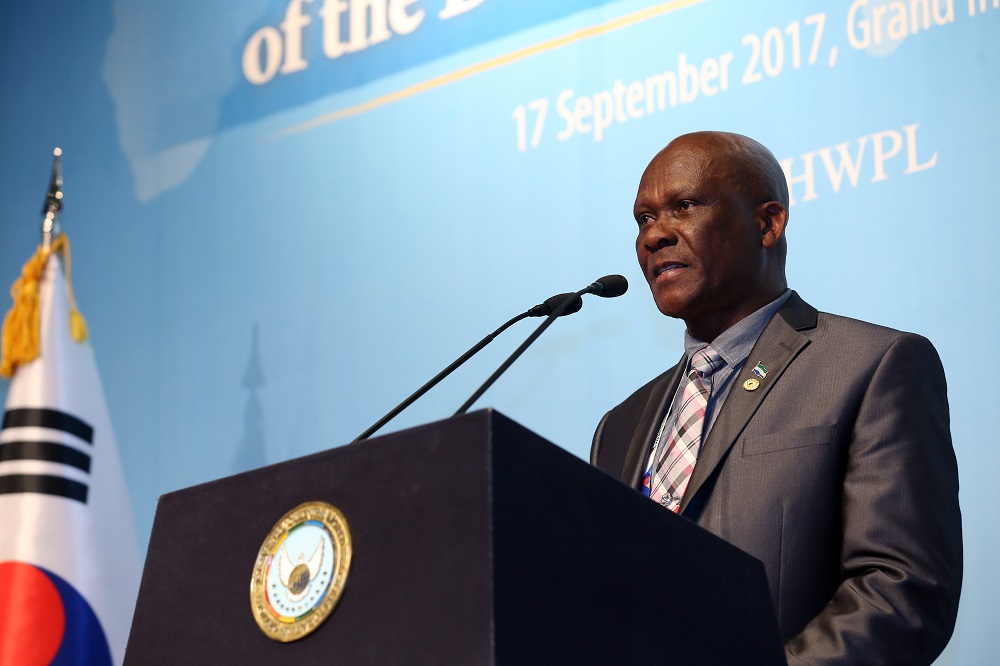 Colonel Muana Brima Massaquoi, the military adviser of the Permanent Mission of Sierra Leone to the United Nations, has done significant work throughout his longstanding career as a UN Ambassador. He has played a significant role for empowering those in Sierra Leone to act in accordance to the ideas of peace and security.

His extensive knowledge in this career field, as well as his love for his country, was seen during his fervent call for cooperation under the values expressed in the DPCW.

This was particularly prominent as he reflected that “There is nothing more precious than the sanctity of life. In fact, all efforts made in the United Nations and international law is for the promotion of human rights. Disarmament of weapons is to safeguard the lives from the unnecessary destructive capabilities of weapons. Mediation, respect, and tolerance is to protect the unique cultural values and the fundamental right to expression and belief. The peacebuilding and peacekeeping operations to reduce human suffering, build stable and prosperous societies, and enable people to reach their full potential is, at its core, the promotion of their human rights.”

He added, “The United Nations Secretary General Antonio Guterres has outlined three critical components for conflict prevention. First, relentlessly pursuing peace along the continuum of prevention. Second, integrating peace, security, development, and human rights. Third, strengthening the synergy between Member States, the United Nations, and all key stakeholders. For this reason Sierra Leone is fully committed to the United Nations and HWPL for the completion of the shared goal of world peace and cessation of all wars.”

All speakers greatly contributed to the atmosphere of the conference and challenged the other participants to actively strive for peace and create concrete solutions within their respective fields of expertise for peace and the implementation and development of the DPCW.

With only divided efforts it is impossible to establish a lasting peace that can be passed on as a legacy to future generations. For this reason, the conference challenged participants to break down traditional barriers and ideas that prevent sincere and complete cooperation.

Only when governments and civil society actors come together and work together under the ideals of collaborative peace governance can the hope of all global citizens be achieved. This key message was delivered to all participants attending this conference, preparing them for the other conferences and events that will be held during the remaining days of the 3rd Annual Commemoration of the WARP Summit.