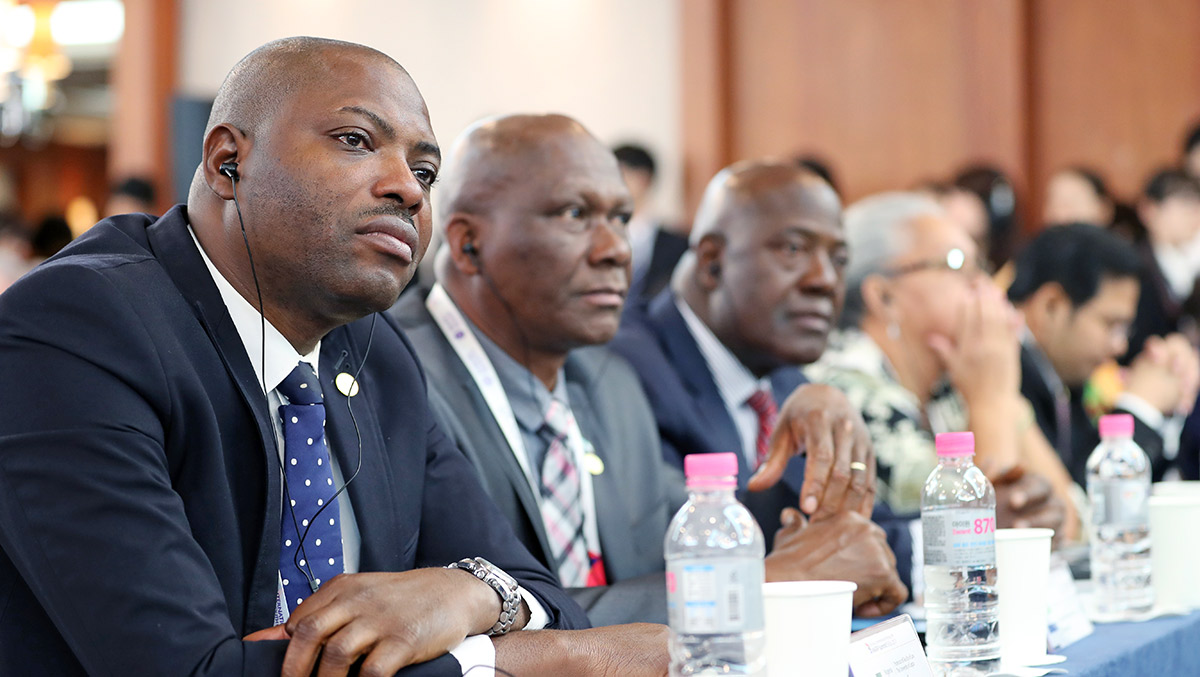 The 5th HWPL International Law Peace Committee Meeting: Legislate Peace Together, that discussed the action plans of the Declaration of Peace and Cessation of War (DPCW) was held for the purpose of achieving both present and future peace. The committee members met again after one year since the 4th session was held during the 2nd Annual Commemoration last year.

Over 200 heads of states, high-level officials, and figures representing NGOs, civil society, youth, and women’s organizations filled the meeting room ambitiously. The participation of diverse groups of people, in addition to the committee members, represented the will of building the foundation for governments to create policies, as well as support their institutionalization, and to carry out the peace work of civil groups vigorously. All of this will directly contribute to the creation of a legally binding instrument of peace for humanity.

The 5th committee meeting was divided into two parts respectively.

Speech: “Introduction of the Declaration of Peace and Cessation of War”
Panel discussion: “Seeking Ways to Make the DPCW a Reality for the Peaceful Present and Future”

The Chairman of The Finnish Arbitration Association, Mr. Gustaf Moller, who participated in the drafting of the first draft of the DPCW during the 2nd HWPL International Law Peace Committee meeting that was held in November 2015, opened the first session by introducing the comprehensive and valuable contents of the DPCW. He explained the 10 principles that work towards the realization of peace encompassed in the DPCW and presented the importance of collaborative cooperation among the various social sectors such as governments, education, civil society, women, youth and others. 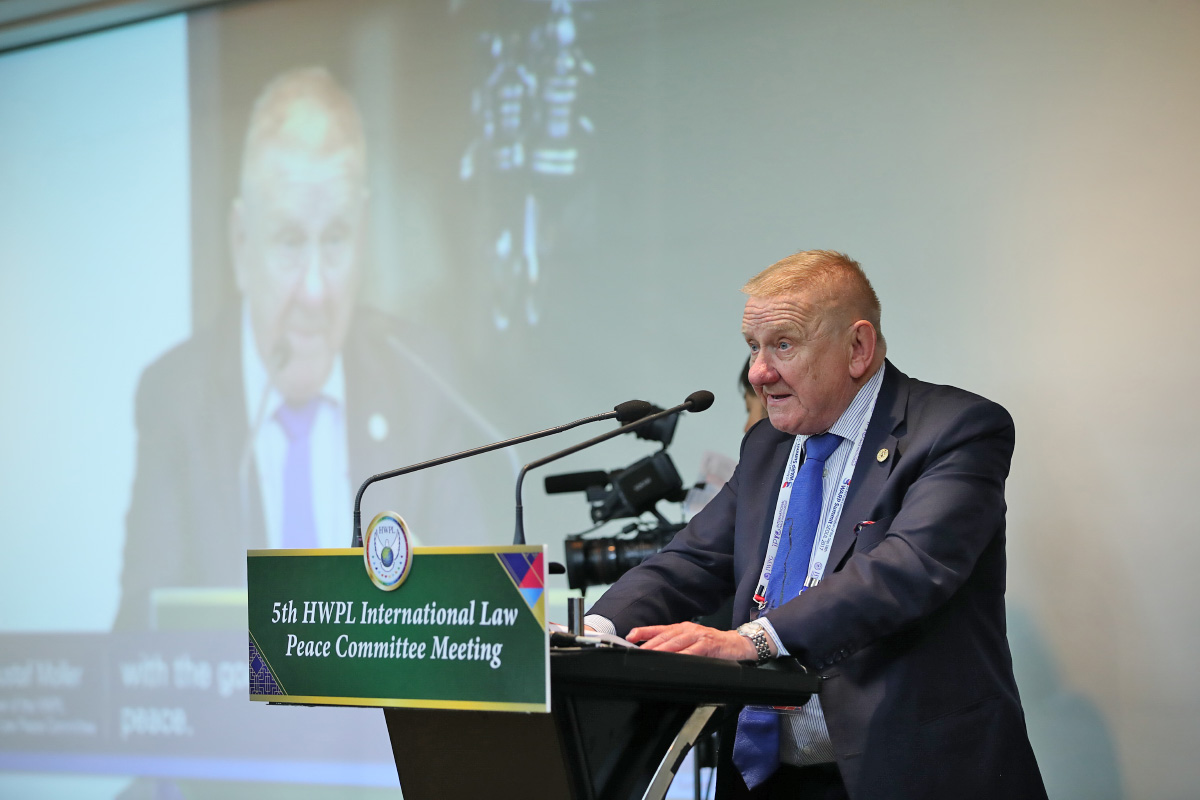 The Declaration of Peace and Cessation of War

During the discussion, a panel formed by 8 people, among whom were present heads of states, education department ministers, justice ministers, and chairmen of national assemblies, dealt with the implementation of spreading a culture of peace, as stated in Article 10 of the DPCW.

The panelists agreed on the importance of the mature awareness of world citizens with a fostered peace consciousness. This led, more importantly, to the idea that peace education must be implemented with a focus on children, who are the leading characters of the future, in order to achieve a sustainable peaceful future.

H.E. Sabri Saidam, Minister at the Ministry of Education and Higher Education in Palestine, stressed that the virtual example of HWPL’s peace education needs to be implemented.

“What matters is no longer based on what we say but rather what we teach in our schools. Education is the key to bring new grounds for hope where human values are to be upheld high not oppressed. I am happy to see Palestine, my country, be amongst the first to sign the DPCW and continue to run the education system that never promotes the policy of killing. HWPL’s work is certainly recommended, but needs more intensive education efforts that matches the wills of those in the room. Friends, can we do it?” 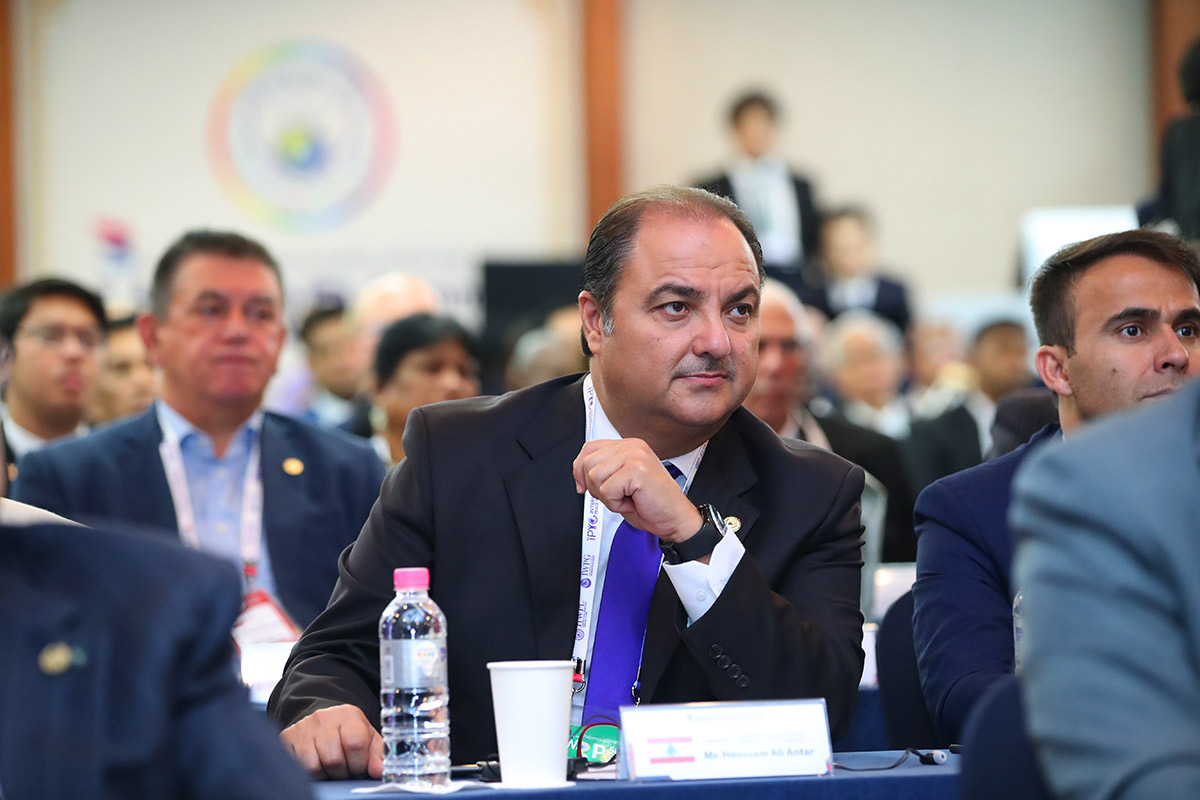 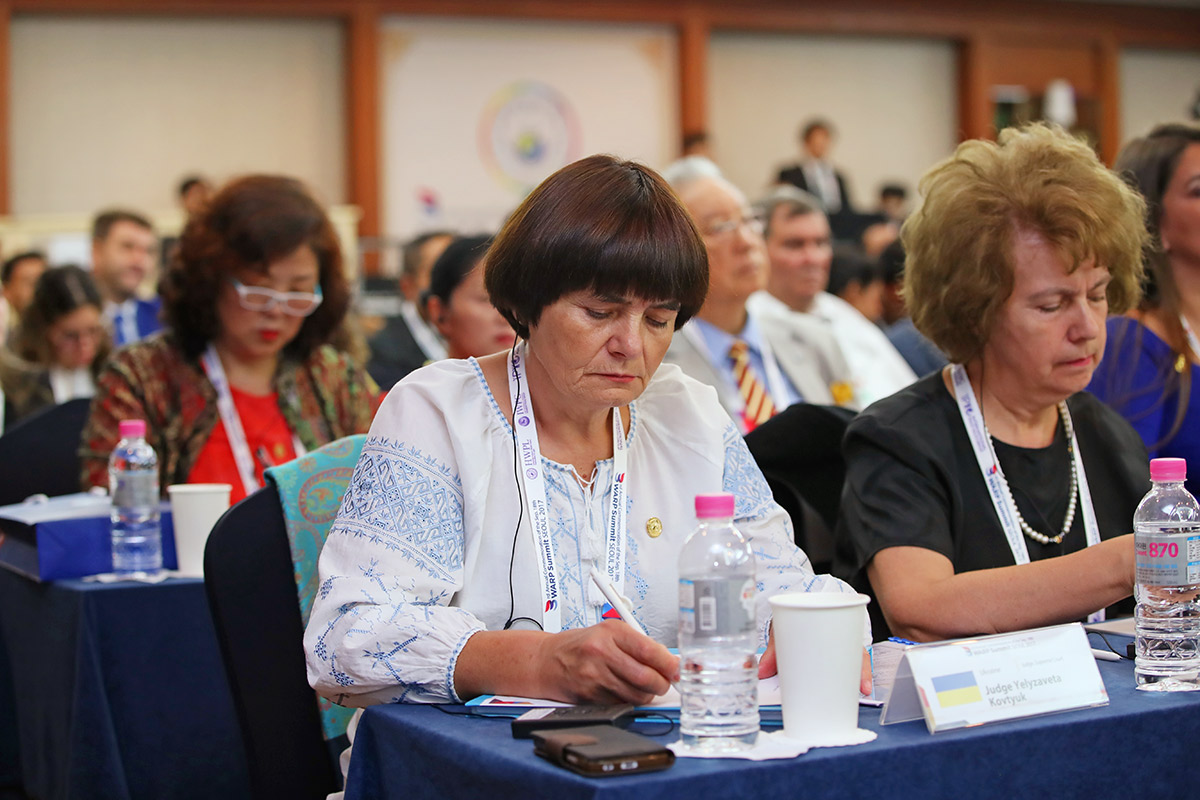 Speech: “The development and Implementation of the Declaration of Peace and Cessation of War”
Panel discussion: “Seeking Ways to Make the DPCW a Reality for the Peaceful Present and Future”

In the 2nd part of the meeting, a Peace Committee member, Dr. Said El Dakkak, Professor of International Law of Alexandria University gave an outstanding presentation about the direction for the establishment and development of the international law in accordance with the realization of the principles expressed in the DPCW. He stated that in order for the declaration to be developed into a legally binding instrument and for it to become a document acknowledged by all States, it must advance while maintaining a binding force through the expansion of cooperative nations and continuous meetings between them. 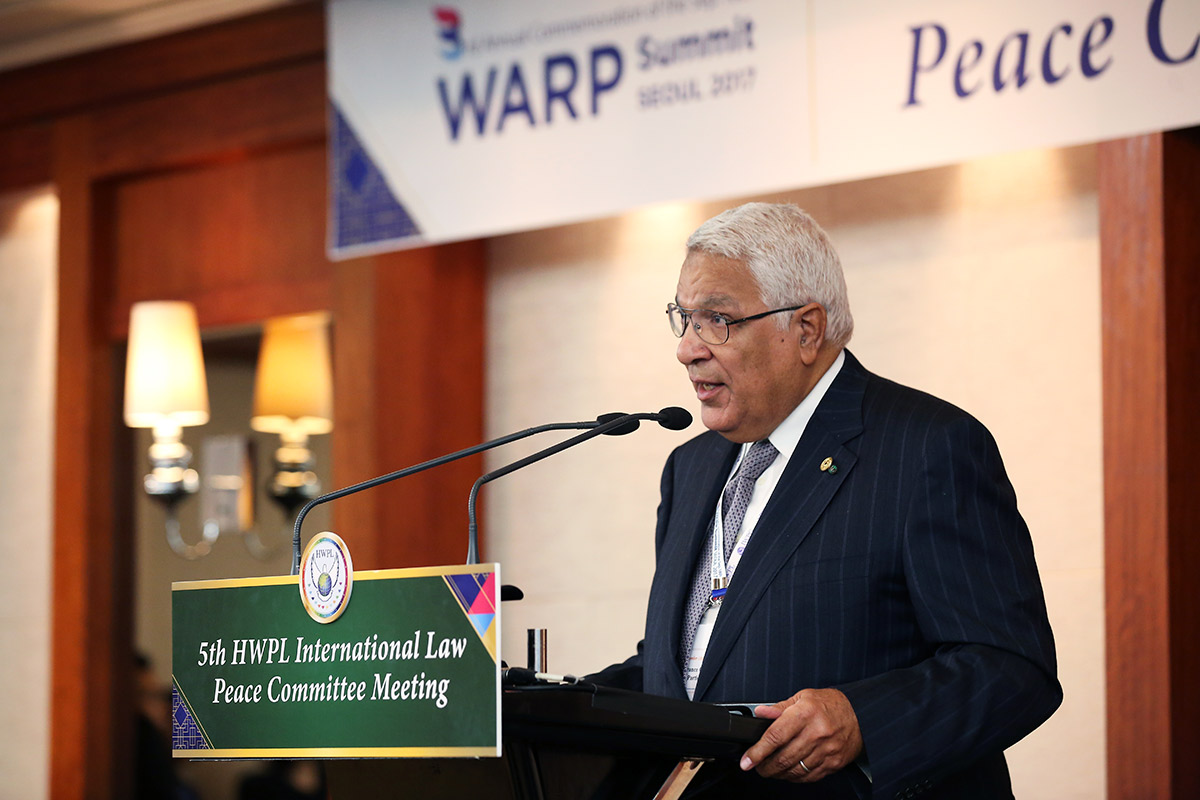 “Since its proclamation, HWPL has launched the ‘Legislate Peace Campaign’ for solicitation and promotion of the Declaration of Peace and Cessation of War. In addition to acquiring wide range of support from civil society and other non-state actors, the Declaration has advanced and been promoted in parliaments, governments, intergovernmental organizations, and other stakeholders that maintain international peace and security.” He pointed out the main ideas of the panel discussion to be followed on the development of the Declaration and the efforts to be made for its legislation at the international level.

Subsequently, the panelists also engaged in an intense discussion regarding the submission of the DPCW to the UN and its legalization and implementation strategies in states worldwide. Through real examples, such as the cooperative works between the states currently underway for submission to the UN in the parliament of Central America and weapon-free peace zones in the regions of Central and South America and Oceania, participants were able to analyze the best course of action to take in light of potential obstacles similar to those faced by other campaigns. 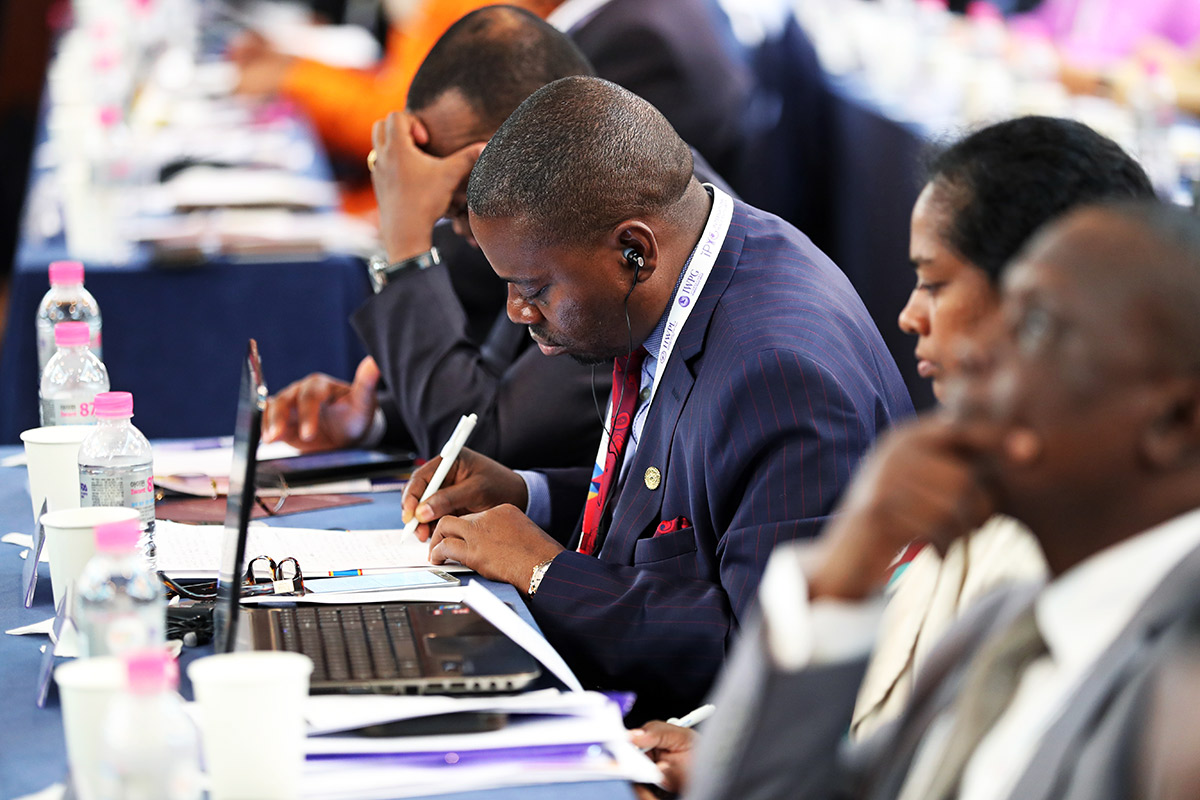 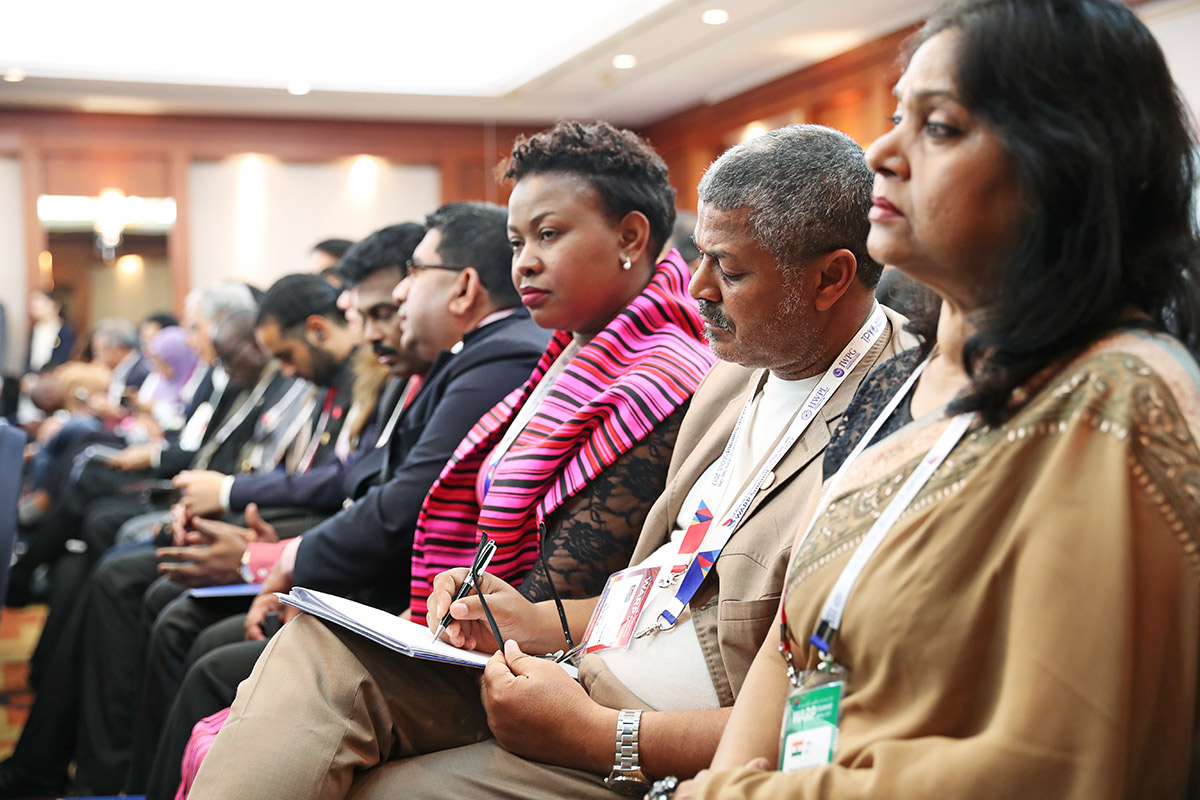 Chairman Lee of HWPL said, “Is there any reason that the nation must go after war? We should all become the messengers of peace and stop overlooking this problem. Urge your presidents and politicians that if you think the DPCW enables putting an end to future war, all politicians should support and sign to advocate for the DPCW. We have publicized and sent the Declaration to all citizens of the world. Let us all work very hard to make a better world and leave a good world for our future generation. And I sincerely hope this will bring our collaborative work for peace.”

He also stressed, in the context of the declaration’s inclusiveness, the need of cooperation and efforts from all levels of society, without a single person being excluded, for the realization of peace. He expressed the dedicated work and sincere hearts of many who have now become partners with HWPL for the collaboration between government bodies and civil organizations, exceeding the development of peace initiatives such as the international law and peace education. Additionally, he mentioned what kind of value the advancement of such peace work has in this world that is stained by conflicts and requested once again for everyone to agree and participate. 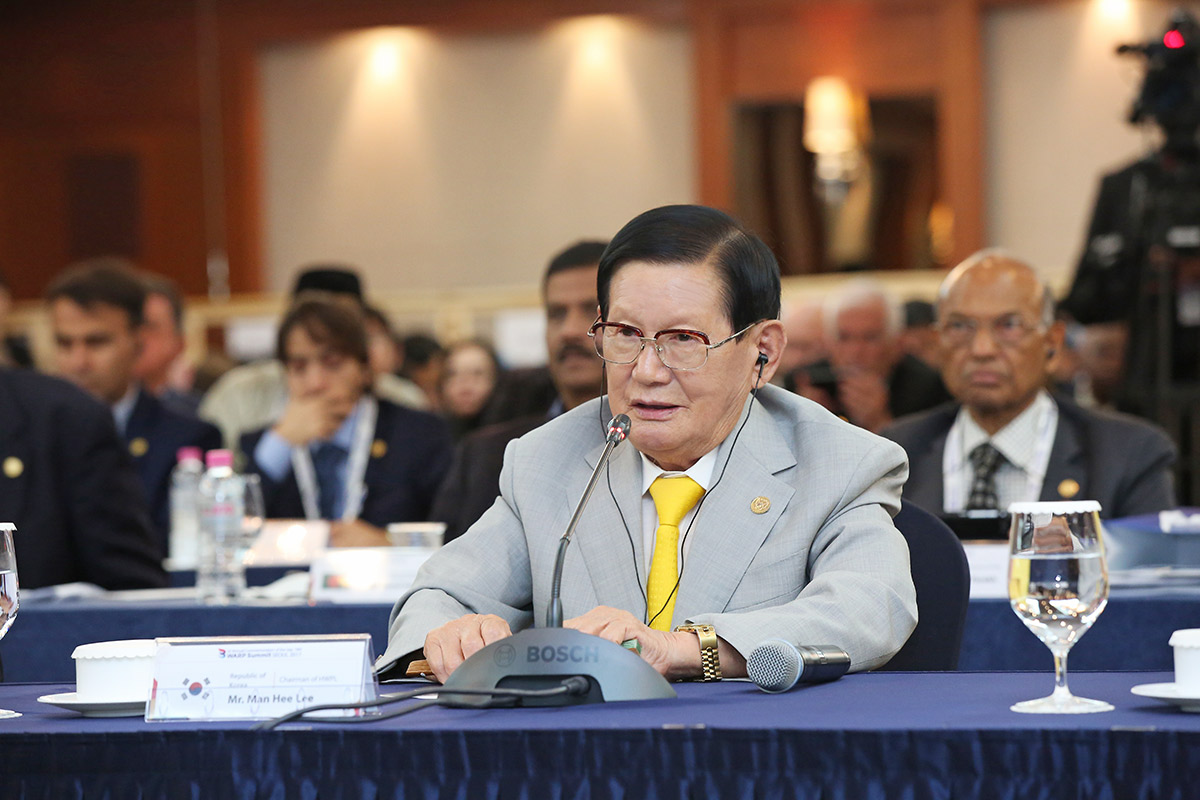 The 5th HWPL International Law Peace Committee meeting served as an opportunity to catch a glimpse of the effort and development of the peace works carried out by each country after the 4th meeting last year. It also allowed us to examine, and form expectations for, the developing future of HWPL’s work in peace, which will likely lead to rapid execution in a short period of time.

The government officials and representatives who composed the attending audience for this conference, will take the primary content presented in the panel discussions and on the 19th, the last day of the Summit, they will prepare methods and action plans adequate for each state through round table meetings separated by region-specific groups.