Even if it is difficult, you are changing the current situations and becoming the voices of those who cannot speak. You are the responsible leaders who lead our generation. Let’s keep moving for peace and always convey the message of peace.

Press and media professionals from around the world gathered to launch a media platform that will greatly contribute to their ability to carry out the work of achieving world peace.

On the first day of the 3rd Annual Commemoration of the World Alliance of Religions’ Peace (WARP) Summit, the Conference for Global Peace Media Network was held and around 100 journalists from 50 different countries worldwide were seen in attendance. These participants shared their experiences as well as examples of media and peace activities that were actively conducted since the conference that was held last year. Also, the concept of a peace media network that would promote the freedom of the press in reporting news of peace was introduced.

This conference was attended by Rev. Tshuma Masimango Katembo, the Director of the Oneness Development Institute (ODI), who has been actively working for the establishment of world peace. He is known as a sincere peace activist by the Congolese media due to his amazing achievement of collecting over 18,500 signatures of support for the Declaration of Peace and Cessation of War (DPCW).

Rev. Tshuma gave a sincere plea in his speech, stating that “we found the hope from the Declaration of Peace and Cessation of War (DPCW) of HWPL, so please can you make sure to broadcast this situation? When coming to know HWPL’s Peace Declaration, all the 10 articles were exactly what the DRC has needed. To contribute to the peace process in the DRC, ODI in collaboration with HWPL would organize activities related to the following programs: 1)the alliance of religions peace conference, 2)interreligious dialogues and 3)peace education”. The audience was moved by his sincerity as he intertwined his personal experiences with the important role of the media in promoting peace in his speech.

Indonesian children’s human rights and youth activist, Ms. Fitri Noviana, the Program Director of End Child Prostitution in Asian Tourism (ECPAT) Indonesia, was another participant who spoke at this year’s media conference. Under the title of “Engaging the Media on the Peace Agenda in the World”, her speech introduced a media platform that can be easily accessed and used anywhere in the world. She explained how this could become an important element that would allow all global citizens to further understand peace.

She clearly emphasized the important role of all journalists worldwide and mentioned how “this is one of the good action plans that will help journalists in particular for bringing peace by raising awareness in order to achieve world peace together”.

I am confident that with the help of HWPL, peace journalists and a team of dedicated international law experts, I too will be able to strengthen international peace and spread the culture of peace widely through the collective power of all the hearts and efforts of the entire world.

Igor Shevyrov/Ukraine/Journalist of Izvestia in Ukraine 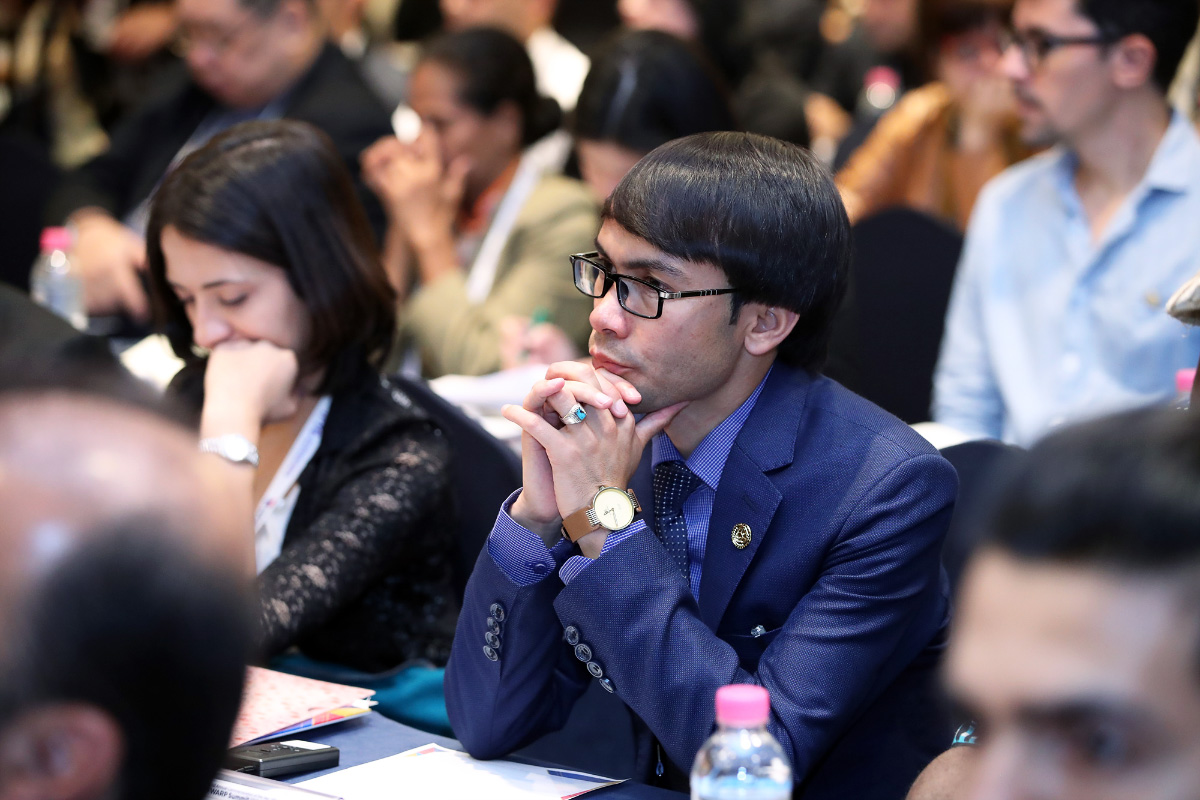 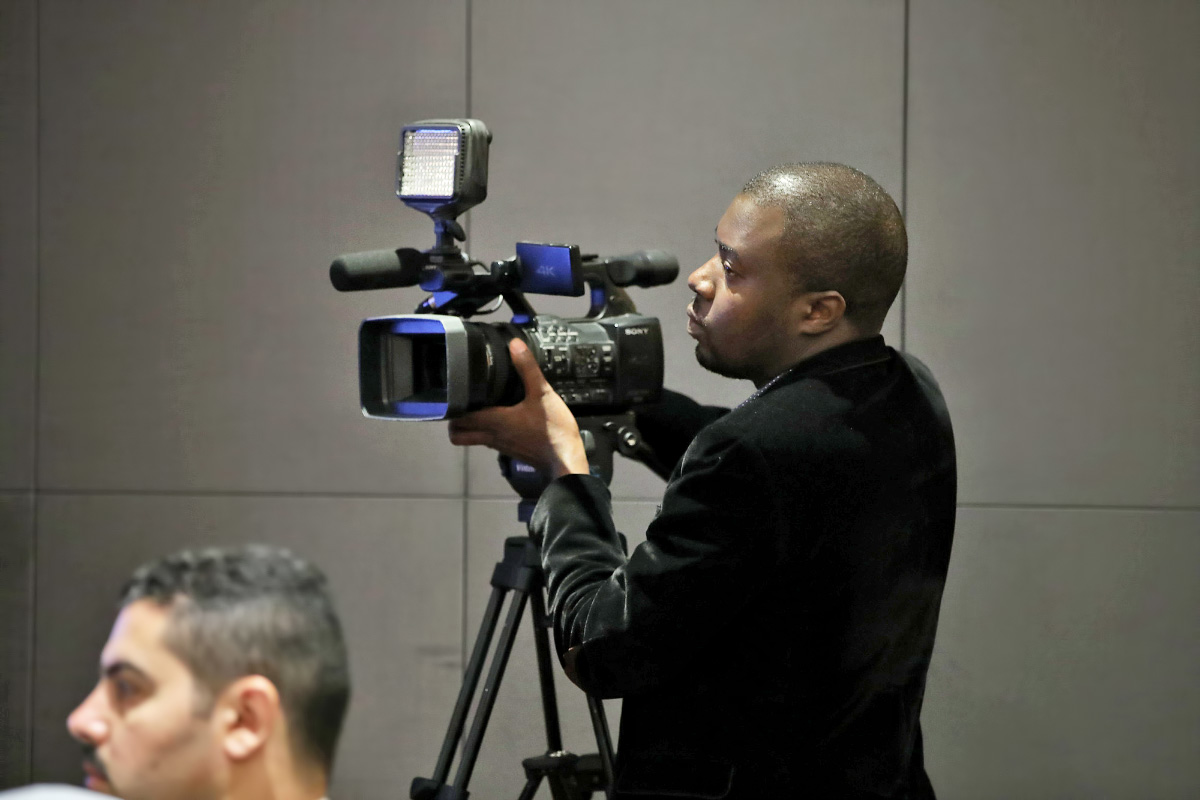 Following the presentations of some of the other speakers, Bojan Stojikovski, a journalist at Makfax in Macedonia, gave a presentation regarding the role of journalists worldwide in the peacebuilding process. He stated that “daily reporting on peace initiatives and activities, like the ones that HWPL is conducting, is the best way for journalists to help towards the cause of world peace. And in my opinion every journalist needs to be dedicated to this cause. I have reported about the activities that HWPL has done in the Balkans and I was glad to be able to spread the peace message across my region, so that people can truly understand HWPL’s work and the cause of peace”.

He continued, directly addressing all other journalists, by stating that “as journalists we always have an important role in our societies and we need to use our influence the best way we can…by working with HWPL and delivering the peace messages. For this cause, I can say that there is a necessity for a Global Media Network, in which journalists from various countries across the world can participate, and can share their knowledge and experience in this thematic”. 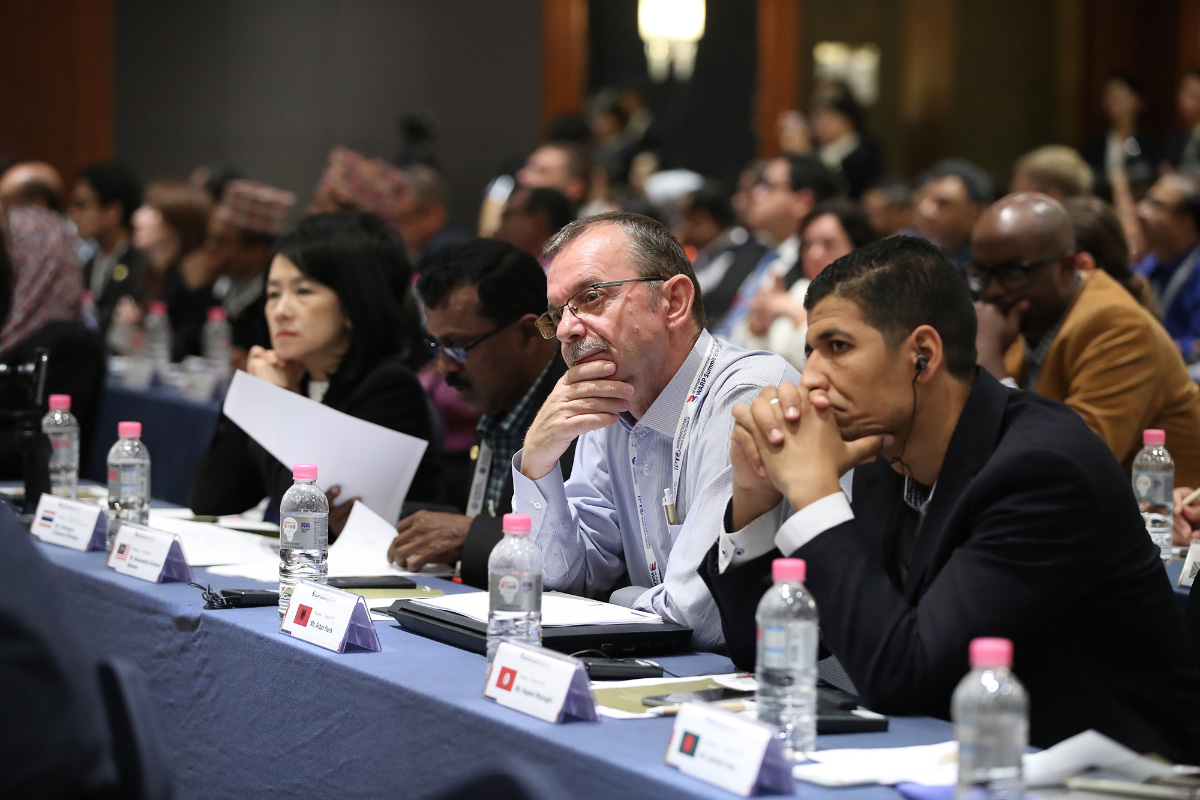 The next speaker, Mr. Kamal Khalifa Abdelrahman Mahmoud, Chairman of Alsalamnews News, was not a new face at this event because he had previously joined the 2nd Annual Commemoration of the WARP Summit last year and met with HWPL’s Chairman Lee. Over the past year, he has been actively working for peace and willing to establish an online news channel for reporting HWPL’s peace news and activities in Egypt, as well as other Arab countries.

After this, he actually established HWPL NEWS, which reports all the news of HWPL in the entire Arab region, and “Alsalamnews”, which became the gateway to deliver the news of peace to the public. Through these efforts, the news of peace was able to be delivered faster and more accurately to the people in the region, which received a great response from audiences.

He gave a speech further explaining these achievements and how they can translate to a larger scale worldwide, especially in regard to the creation of a peace media network. He emphasized this, stating, “I also created an electronic site [that operates] around the clock which achieved, during the first three months, one million five hundred thousand views. I also set up a television studio to cover the activities and seminars of the Arab Peace and Development Foundation, to call for peace and to cover the news and activities of HWPL in the region. The more peace news it covered, the sooner peace will prevail in the world. Media networks will strengthen, and be an effective way of protecting, the freedom of media to spread news of peace at every corner of the world by gather power and energy together for the one purpose of peace. Let’s all become a peace advocate to make peace a reality on earth”.

The final speaker of the conference, Mr. Ian Seo, the Chief Manager of the International Press Department of HWPL HQ, concluded the event by giving a motivational presentation regarding the role of the media in building cooperative governance for peace, which is the central theme of the Summit this year.

He stressed that “since journalism can make contributions to discovering, analyzing, evaluating, sharing and facilitating the trend and phenomena of peacebuilding, it plays a significant role in delivering the collective voice of the global community for the same, common goal of peace to every individual and attracting each individual to participate in such a task”.

Mr. Seo also urged all participants to join in the role of promoting genuine freedom of speech and media that goes beyond traditional boundaries of national, ethnic and social divisions and does not succumb to societal pressures and restrictions related to informing the public of the news of peace.

The proposals submitted by those who attended the media forum during last year’s WARP Summit have finally appeared as a reality and will be used by the media community as an effective means of achieving world peace. Journalists who attended the conference have exclaimed their determination to participate in this work and have agreed to publicize the news of peace to the world through the proposed platform of a cooperative media network.