Skip to content
Previous
Next
Published On: June 8th, 2019 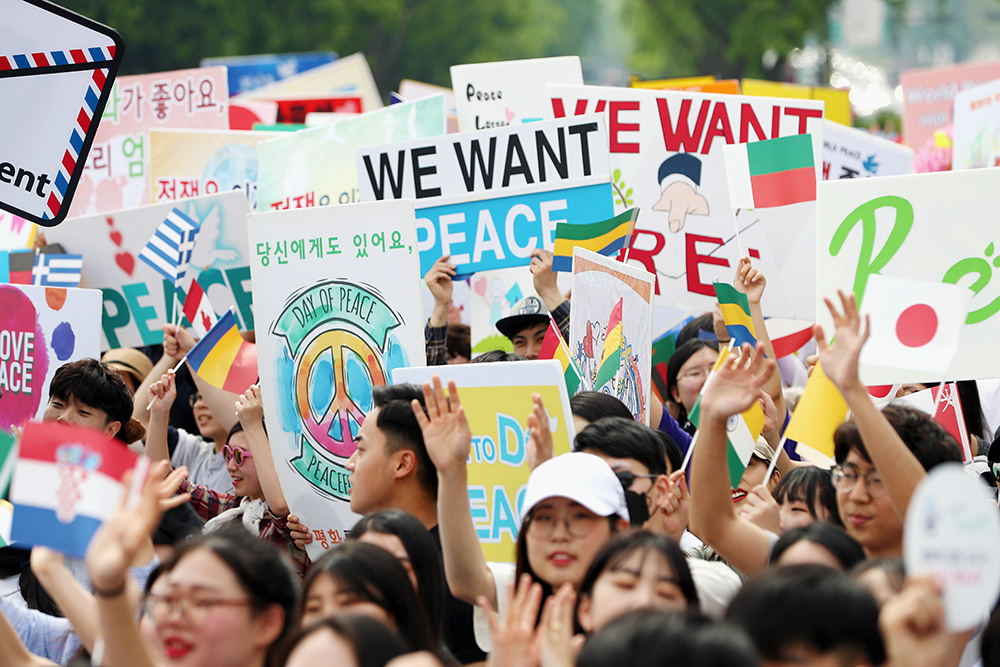 On May 25th, the “6th Annual Commemoration of the Declaration of World Peace and Peace Walk” was held in around 126 locations in 77 countries around the world, including Australia, China, Germany, India, Russia, South Africa, the Philippines, and United States of America, under the theme of “The World’s Call for Peace, Urging Support for the Declaration of Peace and Cessation of War (DPCW)”.

“As it happens that today (25 May) is Africa Day, I stand here in the name of all Africans to pray for peace for our continent,” proclaimed H.E. Difie Agyarko Kusi, Ambassador of the Embassy of Ghana to Korea, during her congratulatory address. 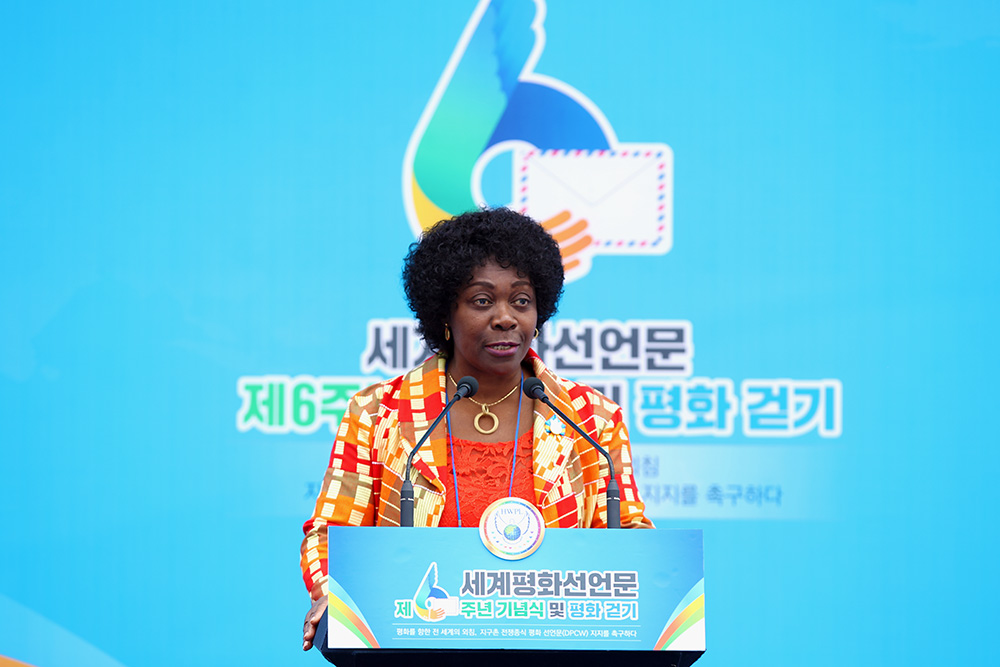 She continued, “Nations have forever talked about and tried to work for peace, but unfortunately, we always end up fighting each other. The generations before you, my young friends, are now old and tired, but universal peace is still waiting to be achieved. So, we are counting on you, all those of you who are now in their twenties and thirties, to pick up the mantle and make good on peace.”

“Write to your leaders, your lawmakers, policy makers, heads of states and governments, to kings and queens if you must, to tell them how much we are pinning our hopes on them to support this declaration and make it real. Let’s keep peace alive in our hearts,” encouraging the active participation of civil society in the enactment of an international law for peace.”

Chairman Man Hee Lee of HWPL announced the significance of the DPCW by saying “The DPCW, which embodies the will of global citizens, asks for the global community to become one under peace with respect for harmonious, mutual coexistence. This Declaration advocates for everyone to cooperate in building peace so that there will be no more production of weapons that kill lives and no more invasions of other countries. As the national leaders support the 10 articles and 38 clauses of the DPCW and religions harmonize for peace, the global community can take the road to peace.”

Mr. Young Min Chung, General Director of the International Peace Youth Group (IPYG), an organization that leads the “Peace Letter Campaign” worldwide, said “Many people are taking part in this work since they found confidence in the DPCW that this hope can be realized for sure. The DPCW is perfectly composed with principles for the prevention of conflicts, dispute settlement, and maintenance of a world of peace. In addition, it has the true possibility of realization. It has been only three years since the DPCW was proclaimed, but we have gathered a lot of support at the national level, as well as from citizens all across the globe.” 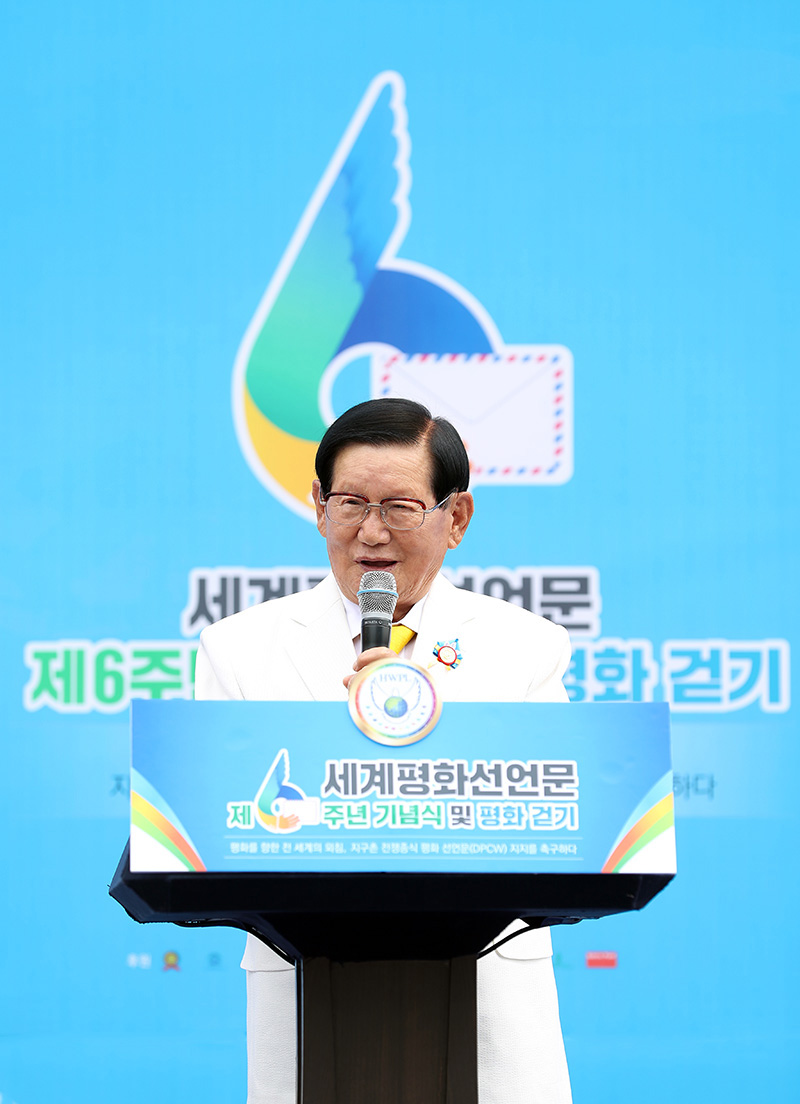 According to the official of HWPL, the DPCW stresses the role of citizens as the most important actors in the peace building process. Also, the meaning of the peace walk itself is to show the collective voice of the global citizens that voluntarily come together and convey the message of peace. In addition, the letters and signatures of support for the DPCW, which were collected from approximately 1.3 million citizens, have been sent to their respective President or Prime Minister in 192 countries with the expectation of a response from these heads of state.

H.E. Juan Jose Plasencia, Minister Counsellor of the Embassy of Peru to the Republic of Korea, spoke during an interview about the “Peace Letter Campaign” saying, “If the government receives one letter, probably there will be no chance. If the government receives hundreds of thousands of letters, the government will feel the pressure from the civil society and the will of the people. So, these letters are very important. Groups of letters will reach the people who are in the positions responsible for hearing the voice of the people.”

“To say that you are taking part in making the world a better place is amazing for any person. I hope that my presence along with everybody else will bring attention here and attention to the places where we are trying to accomplish our goal. My personal reason for participating in this event is to know that I don’t just sit back and become a bystander. Rather, I’d be an active participant hoping to change the world. When people look back on history or when I look back on myself, I will be proud of what I supported,” said Danelle from the United States, a participant in the peace walk. 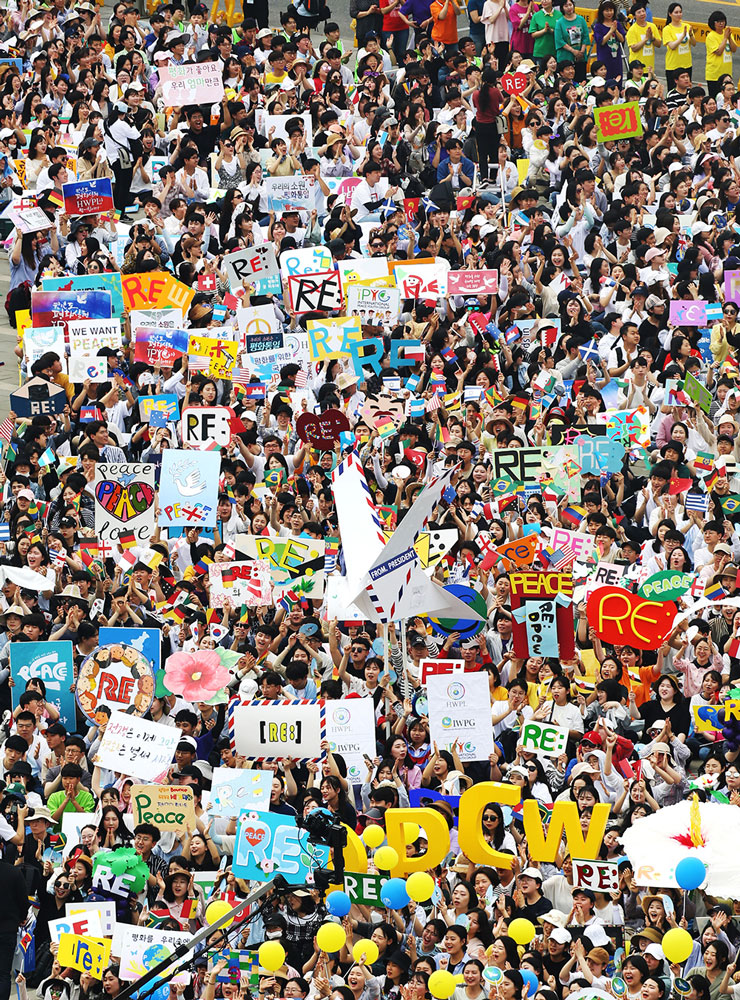 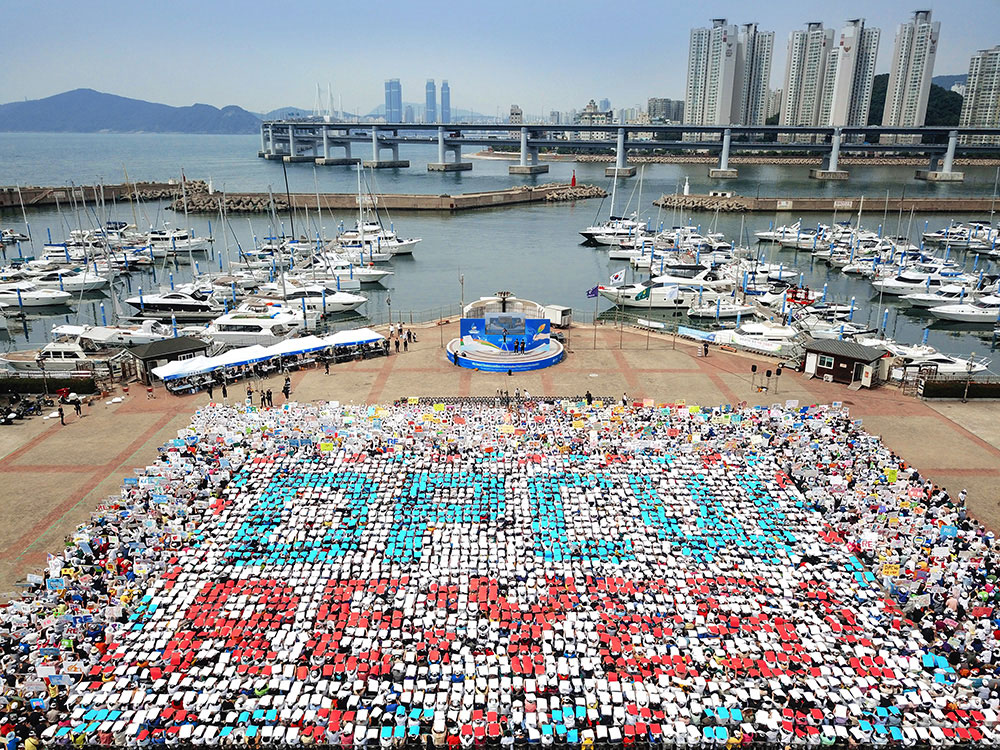 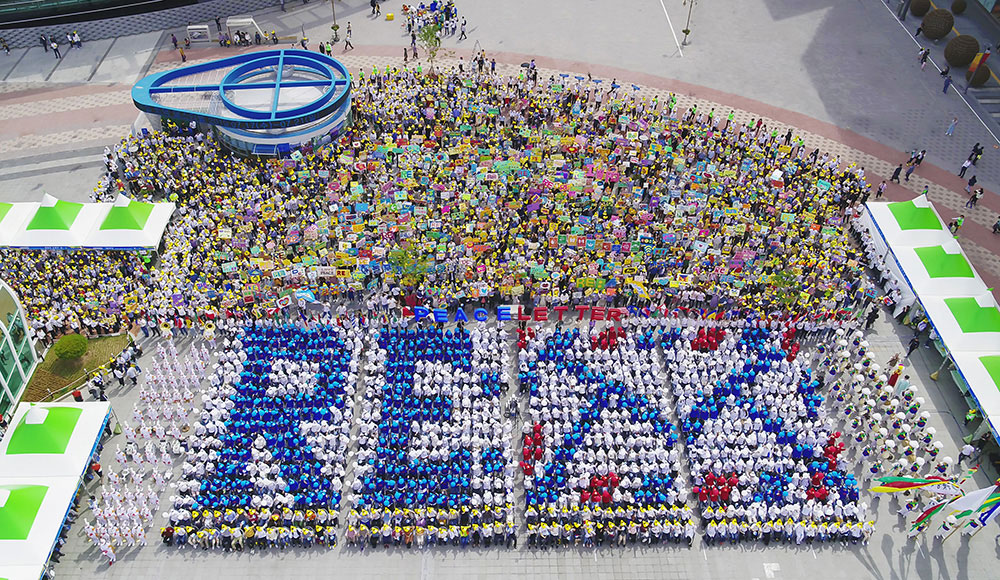 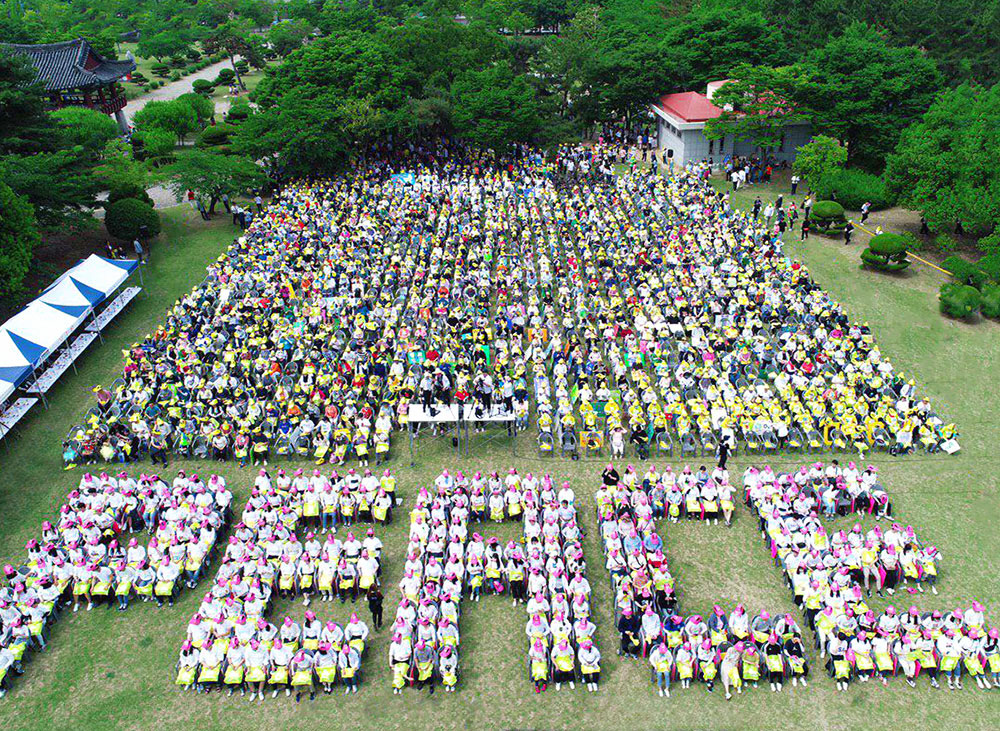